A WOMAN was left heartbroken when no-one turned up to the incredible baby shower she threw for her best friend.

She took to TikTok to share a look at the extravagant celebration she'd planned for her pal, as she wrote over the video: "POV: you spent weeks planning and preparing your bestie’s baby shower." 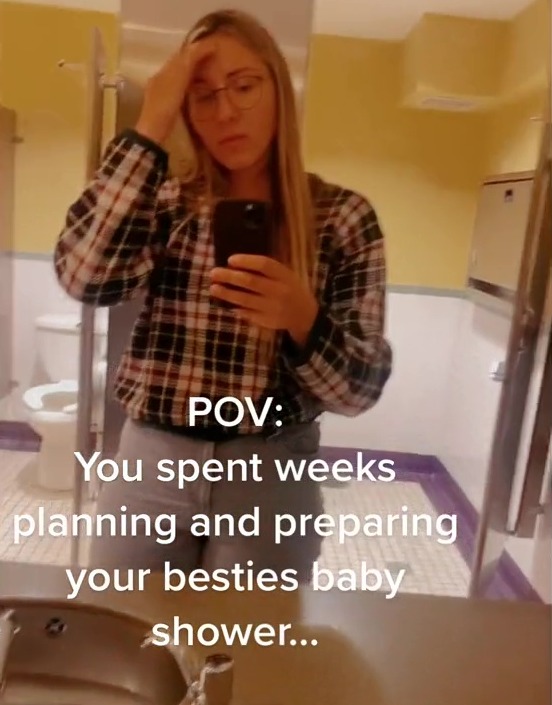 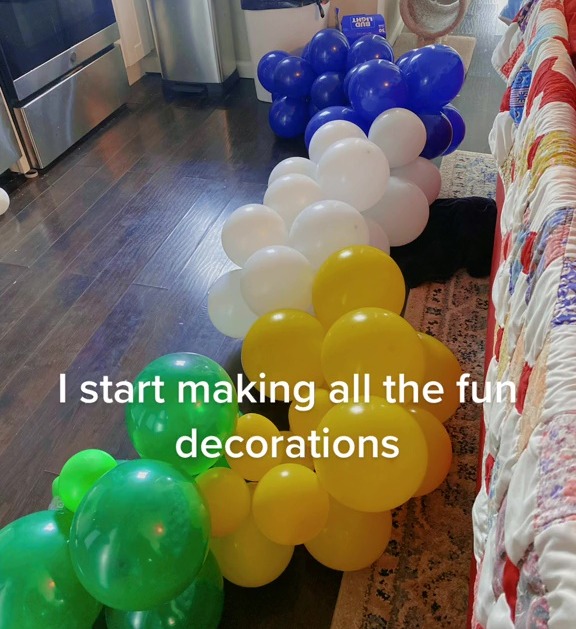 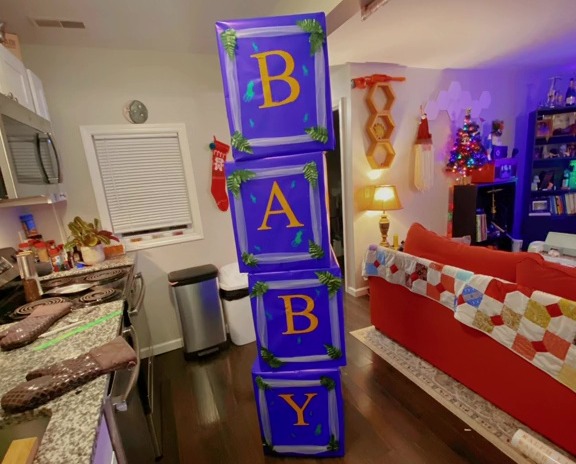 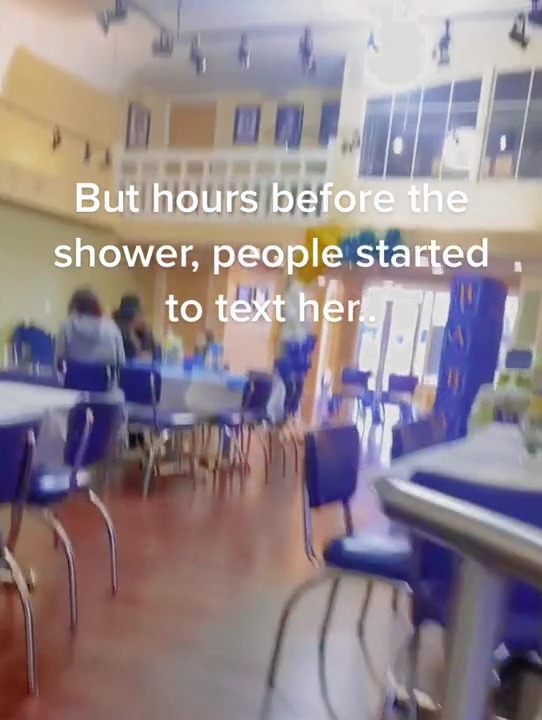 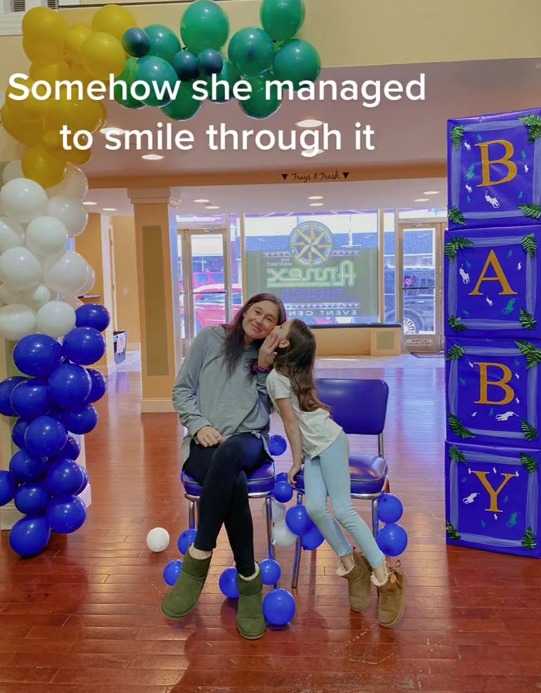 "We were both so excited for the shower," she wrote, sharing a text message exchange with the mum-to-be about the ballon arch she'd planned.

"I start making all the fun decorations," she added, showing the boxes she'd made which spelled out "BABY".

She also bought a cake, macaroons and cookies for the big day.

"But hours before the shower, people started to text her," she wrote, before sharing a message she received from her friend which read: "I’m serious getting overwhelmed. 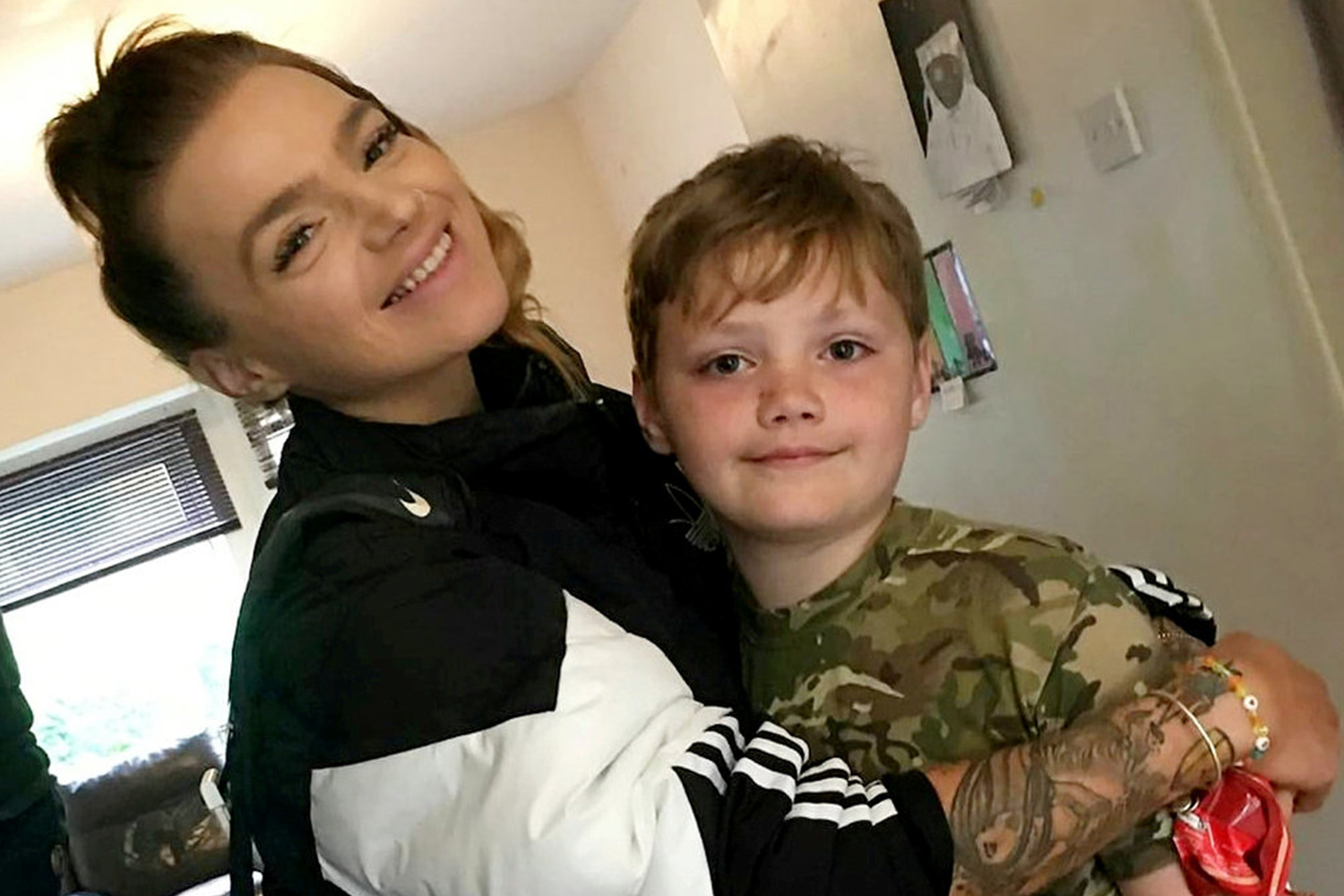 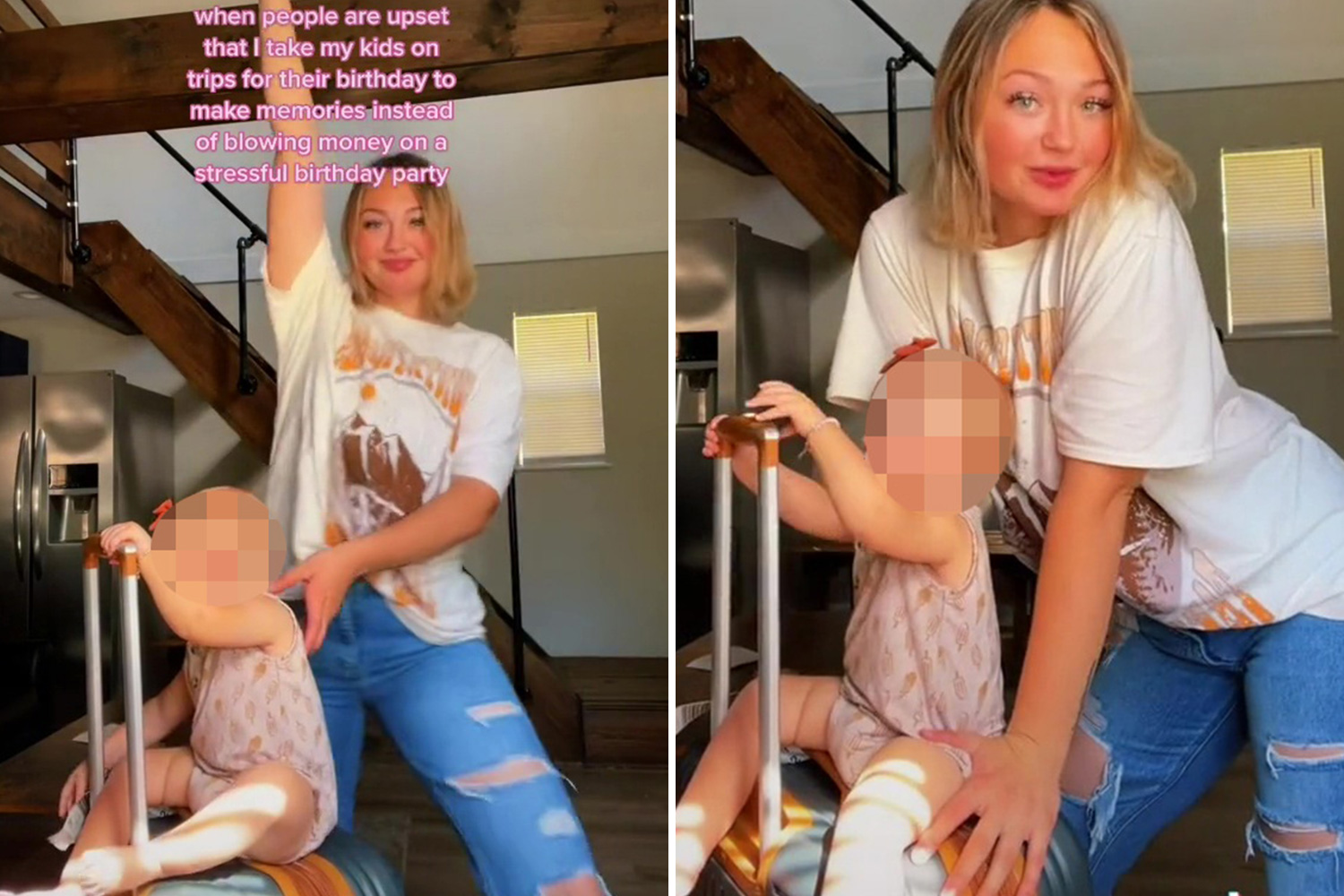 "17 people sent back an RSVP, but not a single person came," the woman wrote.

"Somehow she managed to smile through it. But I knew her heart was crushed."

After the event, the mum-to-be texted her friend writing: "I seriously can’t stop crying.

"My face and eyes are so swollen that I can barely open them."

Hitting back at the lack of attendance, the woman then took to the event page on Facebook to reprimand the guests.

"Usually I wouldn’t say anything but I do want to express how important it is to let people know if you are not going to be attending. 17 people RSVP’d, and not a single one showed up," she wrote.

"I understand that life happens – so please don’t commit to events that you aren’t 100% sure you will be attending.

"It would’ve been easier just to reschedule."

But she didn't even get a "single response".

"I love you and will always be here for you bestie," she wrote at the end of the video.

As she captioned it: "People can be cold… she deserves so much more.."

People were quick to comment on the video, with one writing: "One friend like you is worth the 17 that didn’t show."

"During pregnancy pay attention to how people in your life treat you," another added.

"It’s a vulnerable time in our lives and unfortunately you learn a lot."

"Only 5 showed up. People are cruel anymore." 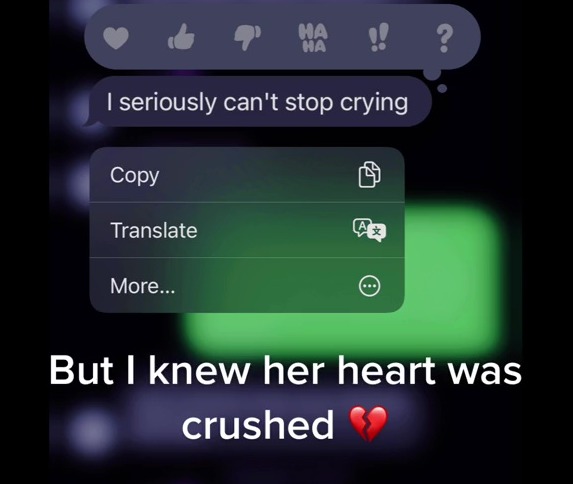 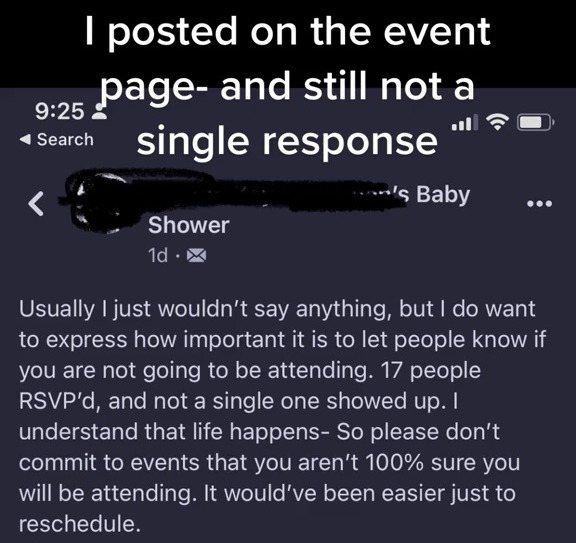