A WOMAN who once dreamt of being a mum had her dream stolen from her after she discovered she had a 2cm vagina – which left her hating her body.

Amanda Jones, 32, decided against adoption or surrogacy after the shock of learning she was born without a womb aged just 14. 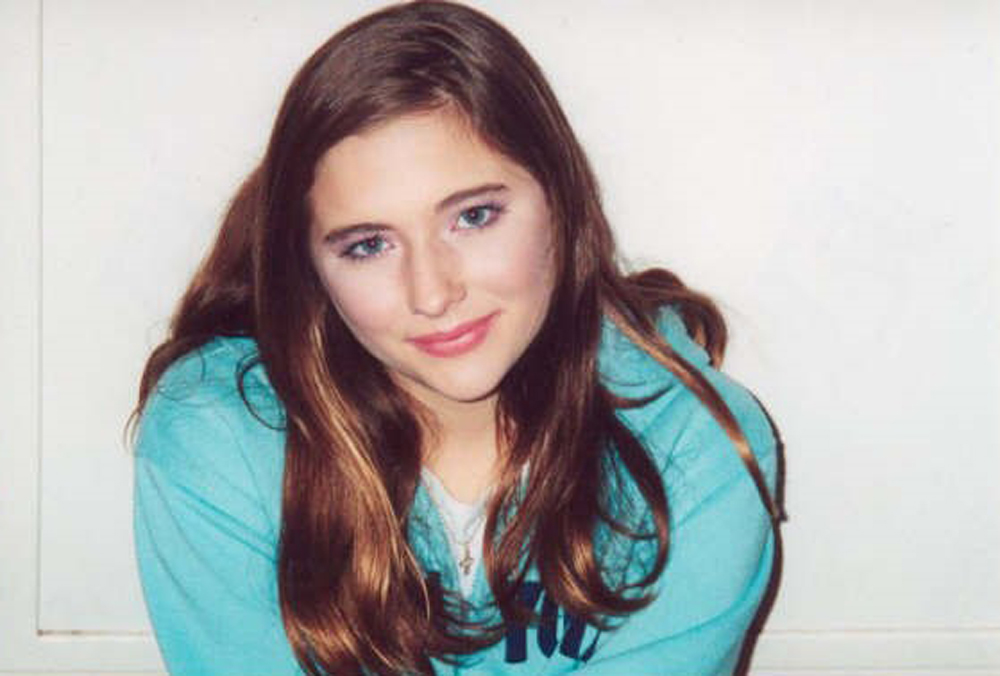 She assumed she was a late developer after all her female classmates began their periods before her.

In 2003, Amanda, who lives in Adelaide, southern Australia was told she suffered from a rare congenital abnormality.

Amanda said that as she grew up, she became aware that she wouldn’t be able to share special moments with her children, as she had done with her own mum.

She said: “My mum cried when we found out but, at 14, you don’t think about all the things you’re going to miss out on.

“I was one of those teenage girls who loved babies and I so wanted to be a young mum.

“As I grew up, I realised I won’t ever have those Christmas mornings and Easter mornings – those special moments with my own children.

“I hated myself and my body for not doing what it was meant to.”

Now, 18 years after her diagnosis, Amanda says she has come to terms with her condition. 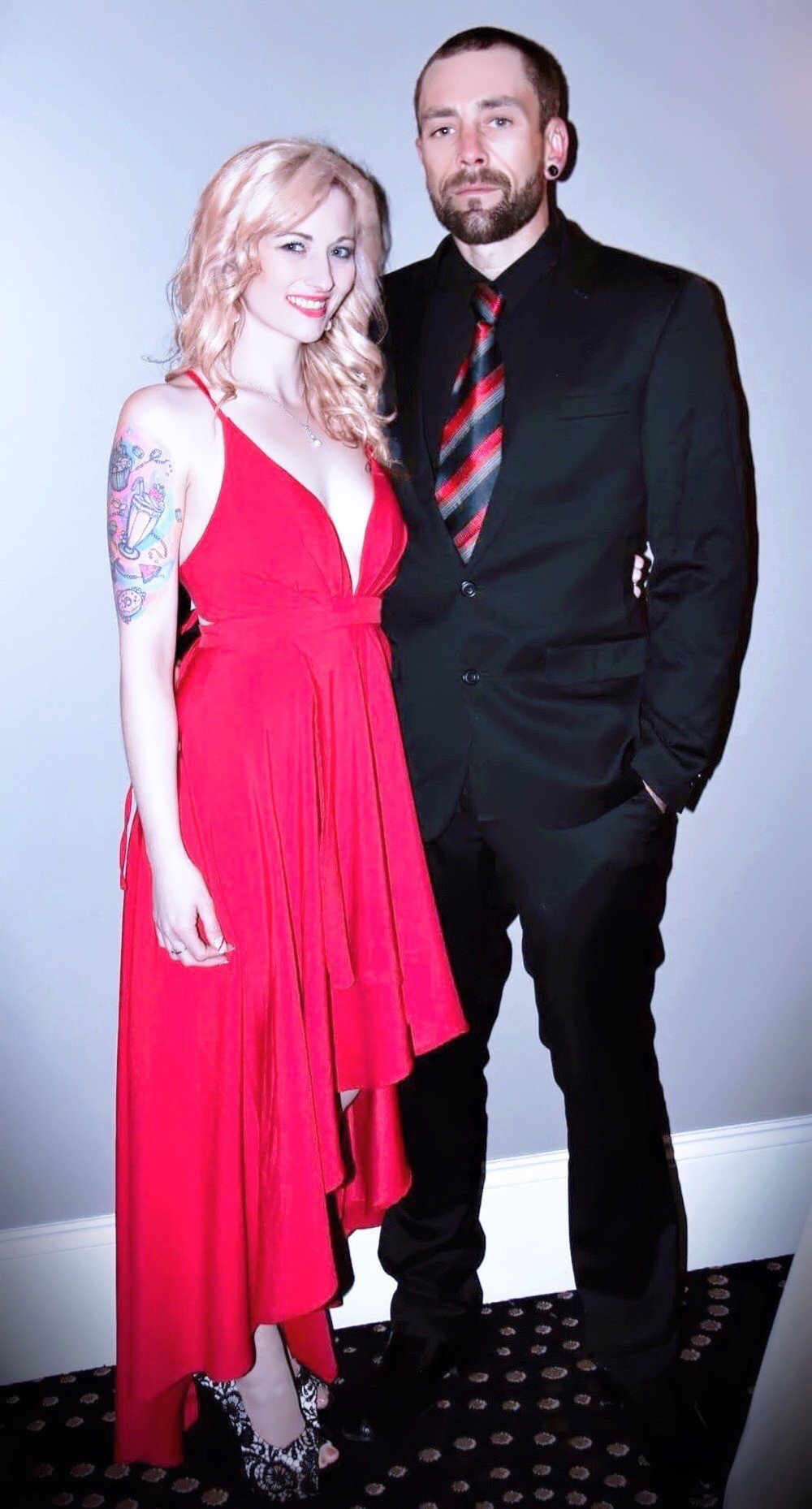 Mayer Rokitansky Küster Hauser (MRKH) syndrome is a congenital (born with) abnormality, characterised by the absence or underdevelopment of the vagina, cervix and the womb, which affects one in every 5,000 women.

People with the condition usually discover that they have it during puberty, as although they develop breasts and pubic hair, they do not start having periods.

This is because the ovaries produce the female hormones that make normal development occur, but the absence of the vagina and uterus mean that there is no bleed.

For the majority of women with MRKH, surgeons are able to create a vagina by stretching the small amount of vaginal tissue already present.

Following this, women with MRKH will be able to have sex.

Although women with this condition are usually unable to carry a pregnancy, they may be able to have children through assisted reproduction.

Individuals with MRKH syndrome may also have abnormalities in other parts of the body.

The kidneys may be abnormally formed or positioned, or one kidney may fail to develop (unilateral renal agenesis).

Females with MRKH syndrome may also have hearing loss or heart defects.

She lives with her fiancé Adam, 37, a carpenter, and their three dogs, chihuahuas Izzy, 12 and Orlando, two, and two-year-old rescue-cross Boo.

Amanda runs her own cake decorating business, and alongside this she tries to support other women who are diagnosed with the condition through online groups.

Rather than risk disappointment through adoption, Amanda spends time with Adam’s children, aged 13 and 11, who split their time between their mum and dad.

She said if she had been able to have children, she wouldn’t be where she is with her life now.

Amanda added: “Having that choice taken away is hard but our worth is not put on our ability to have children.

“If that was the case, Oprah would be worthless.” 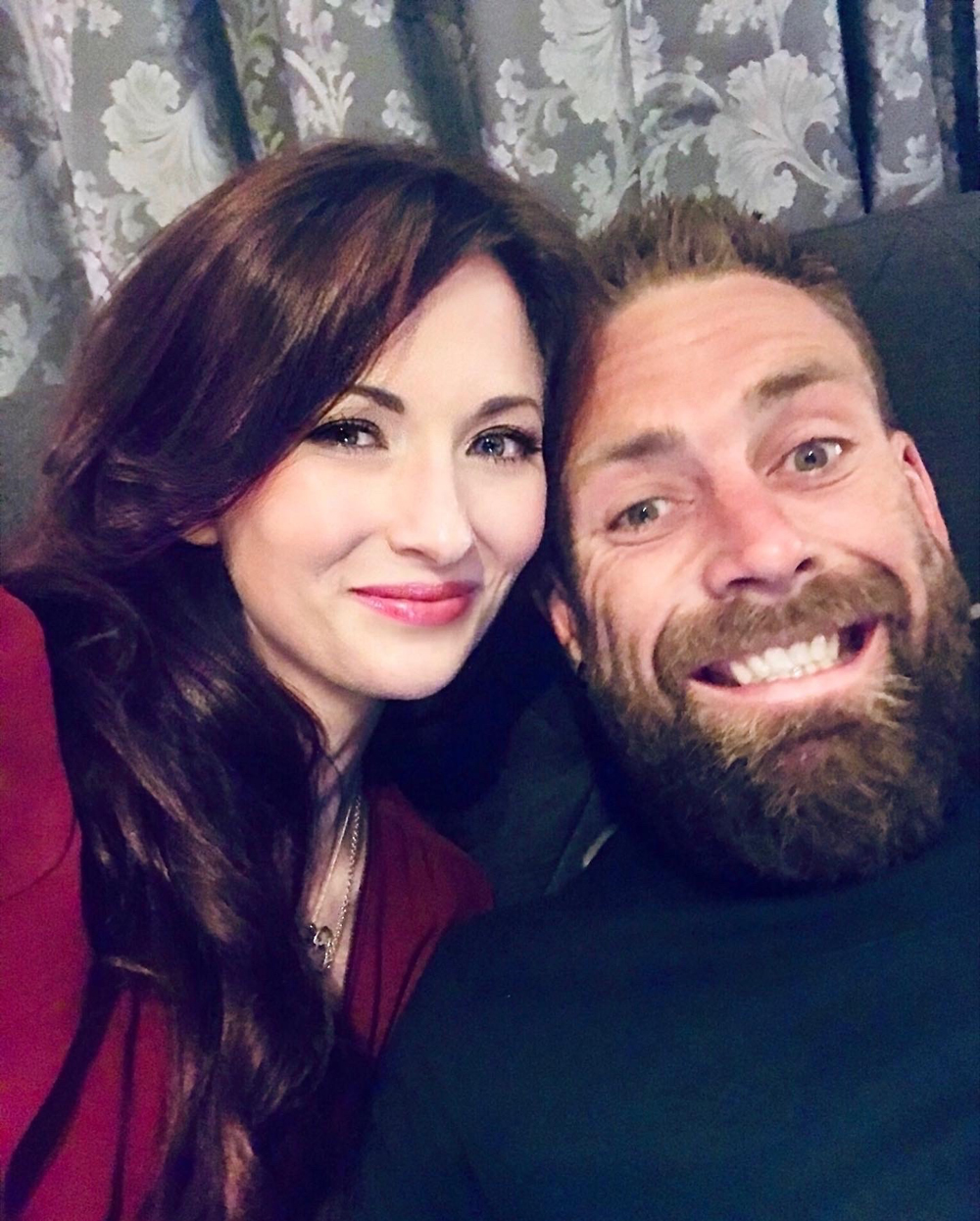 At the age of 14 Amanda still hadn’t started her periods so she decided to visit her GP.

She said she was “well into puberty” but was the only girl in her year, and the year below her at school who had not yet started her periods.

“I was referred to a gynaecologist and had a laparoscopy – where they put a camera into your belly through a small cut in your abdomen just above your belly button.

“They had a look around and they couldn’t find anything. I was told my uterus was completely absent”, she said.

Amanda was diagnosed with type one MRKH, which, according to the NHS, affects 1 in every 5,000 women.

It does not affect ovarian development, and Amanda was told her ovaries were healthy.

However, as she did not have a uterus, she has never experienced ovulation or menstruation. 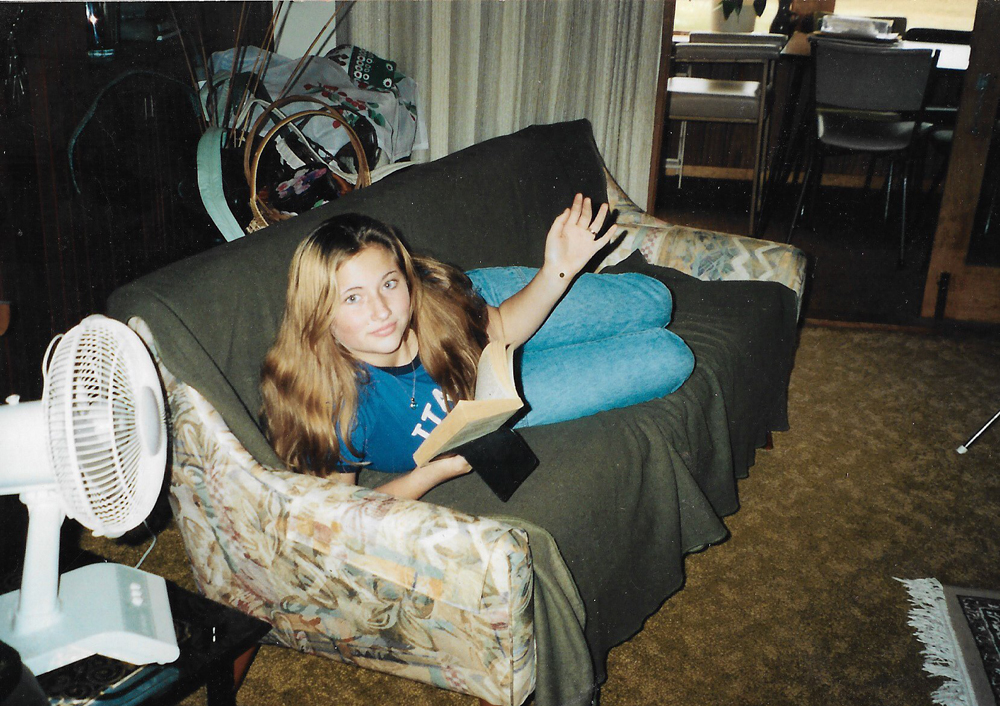 Amanda has also experienced underdevelopment because of the condition and this is caused by a lack of cervix.

She states: “My vagina measured 23mm deep and 14mm wide.

“The gynaecologist recommended I dilate, which I wasn’t planning on doing until I was 16.

“Uterus transplants weren’t an option when I was diagnosed, so after my laparoscopy I didn’t have much more treatment.”

Amanda said she had no idea what MRKH was and it was only after she had recovered and returned to school that her diagnoses really hit home.

She said: “It’s easy to get body image issues when you’re that age.

“I didn’t have to deal with any of the pregnancy scares my friends did as we got older, but I knew my body wasn’t the way it was supposed to be.”

Aside from MRKH Amanda has no other issues with her reproductive health, she does however suffer from mild hearing problems which mean she would not now be able to comfortably fly.

The NHS states that around 10 per cent of women with MRKH suffer hearing issues.

Amanda said she felt guilty that her illness would have a big impact on those in her life.

She said her mum had worried it was her fault.

“I felt awful that she blamed herself, especially when there was nothing she could have done.”

Even though the condition has had a huge impact on her life, Amanda said she did not have to have dilation. 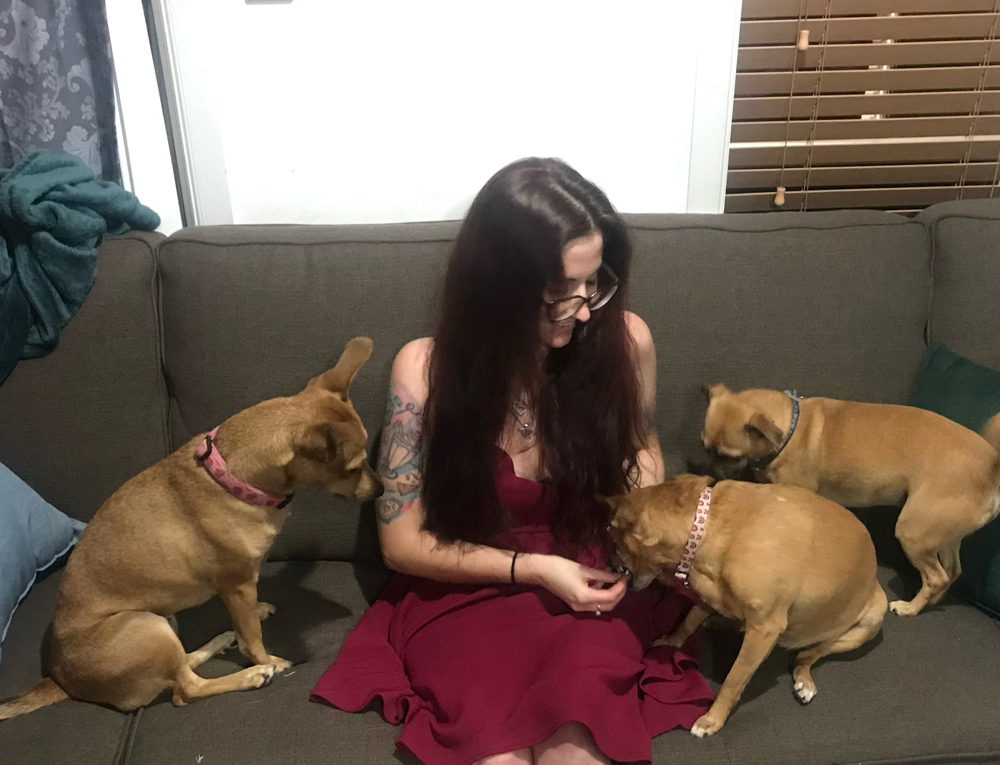 This is when the existing vaginal tissue is stretched to ensure sex is comfortable.

She joked: “Among women with MRKH, we’ve got a saying ‘if you don’t use it, you’ll lose it’.

“If you’re not having sex regularly it will shrink back down – either to the dilated size or the size it was before.

“It depends on the woman.”

Amanda stated that when she had had bigger partners, it would take a while to get used to it, but added that it doesn’t prevent you from having sex.

In her late teens and early twenties, Amanda continued to battle with her body image and struggled with her mental health, which led to her dropping out of her final year at high school.

Before she had been diagnosed she had planned on getting married and having children.

But the condition left her unable to do that and when she was 18-years-old she tried to take her own life.

Luckily her mum found her and took her to hospital.

She said it was her love of baking and cake decorating that proved a turning point and said it’s something she “always loved doing”. 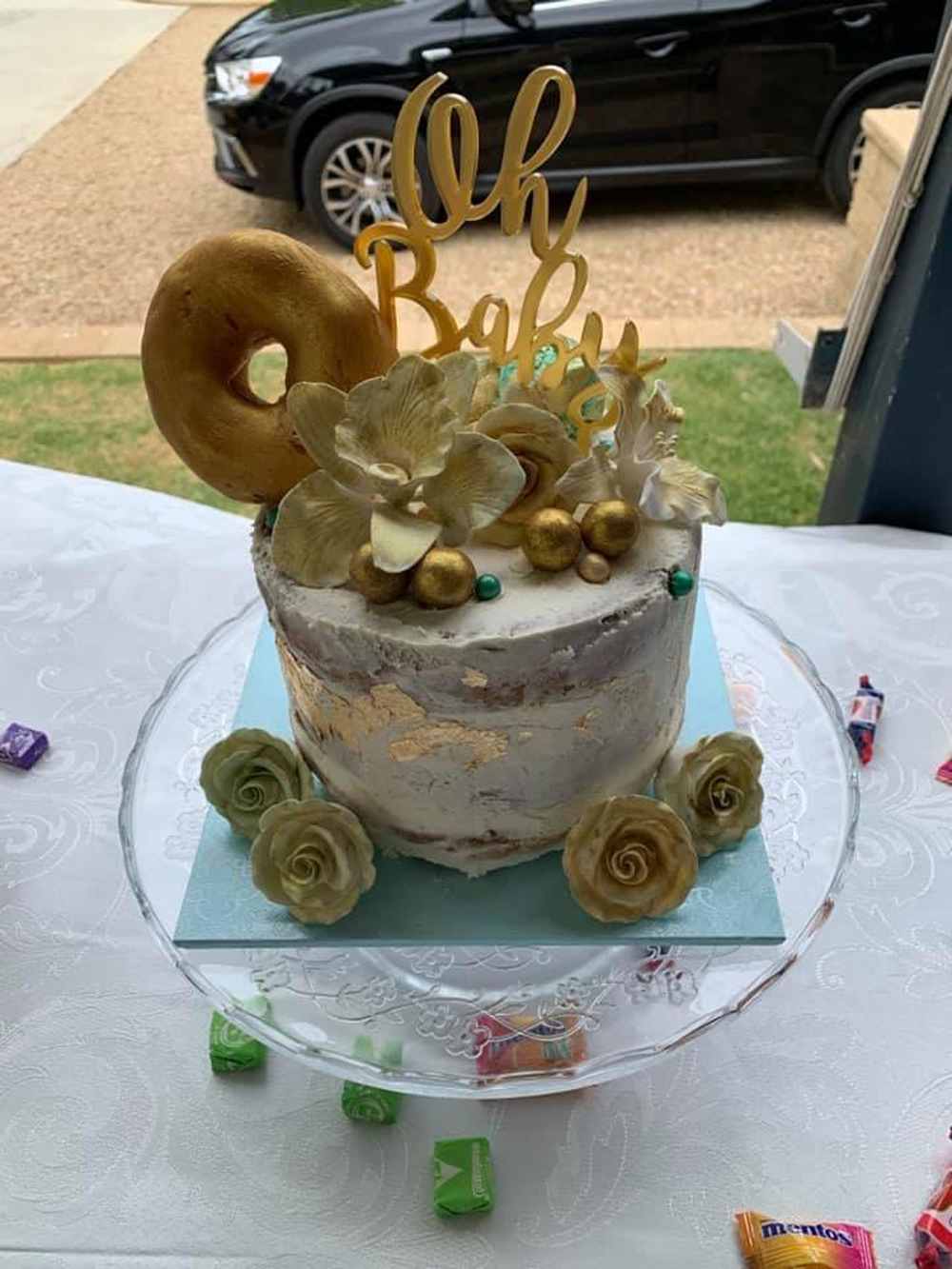 Amanda met Adam six years ago and said she understood further down the line that having children was not on the cards for her.

She said: “I accepted that it wasn’t going to happen.

“For me, if surrogacy didn’t work or I wasn’t approved for adoption, it would just have been a whole heap more hurt.”

She added: “I didn’t want to put myself in that position.”

Amanda continued: “When I met Adam, I was struggling with that and had a real moment of realising what I wasn’t going to have in my life.

“He said ‘maybe you were born this way because this is who you were meant to be’.” 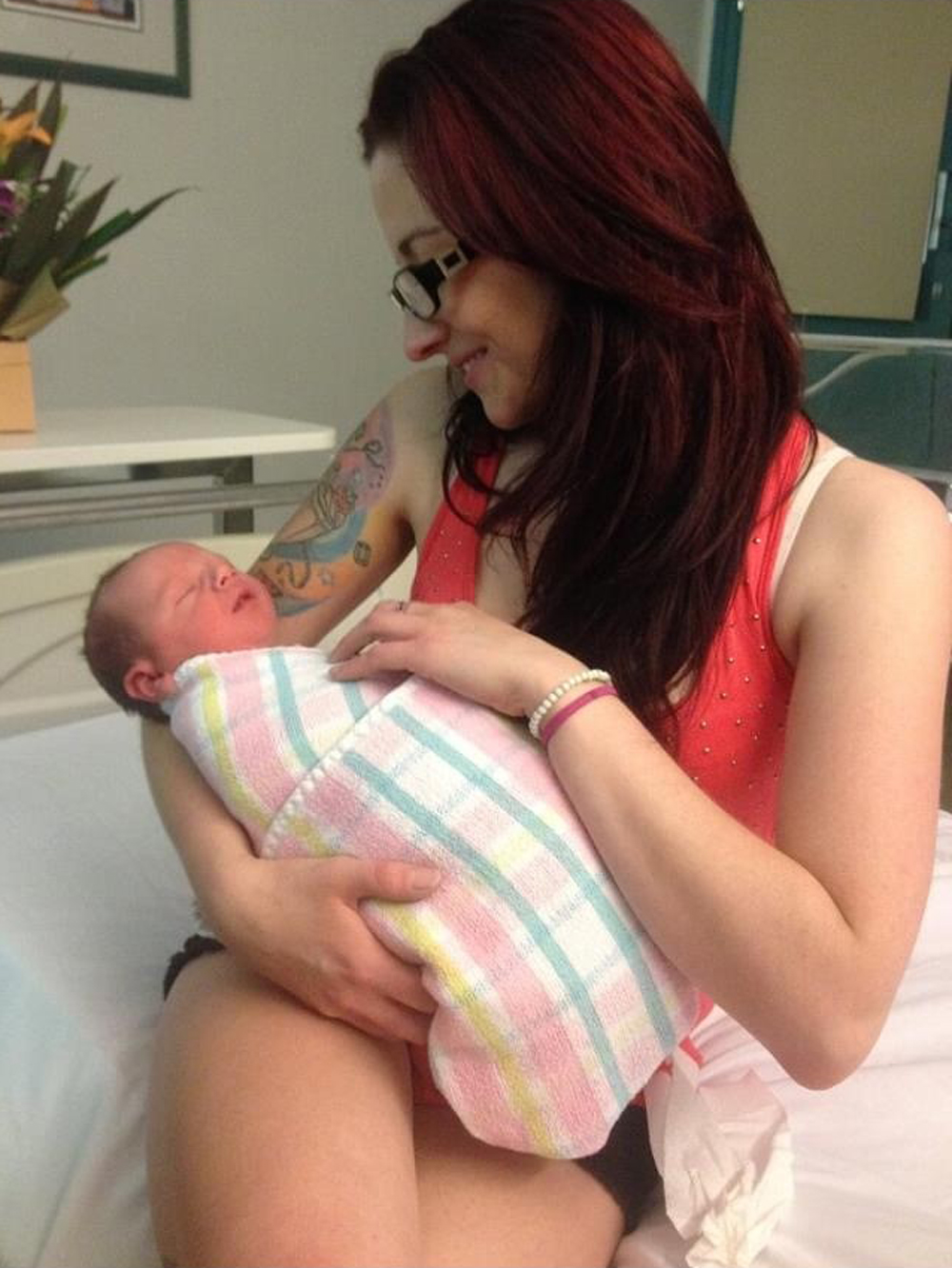 She added: “It was a massive turning point for me.”

Amanda said she has always been supportive of friends and family when they have become parents.

One of her sisters has kids and she said she can’t wait for the other to get pregnant.

She continued: “Adam will groan because I will buy her all the baby stuff.

“It never occurs to me to feel upset because I share in the joy for them.

Amanda is now part of several support groups and said it’s important to her to help reassure other women in her situation.

She said: “A lot of women on there can feel very worthless and it can be hard to try and change their minds.”

She continued: “You’ve got to remind them that people can be worth something and get to some very high places in life all on their own.

“There are so many women out there with successful lives, married to understanding men – who don’t have children.

“If I hadn’t been diagnosed, life would have taken me on a very different route.”