AS a fitness fanatic and qualified personal trainer in her mid-thirties, Katie Waissel was the picture of health.

So when the 2010 X Factor star revealed she'd been rushed to hospital after suffering a suspected heart attack last month, her followers were stunned. 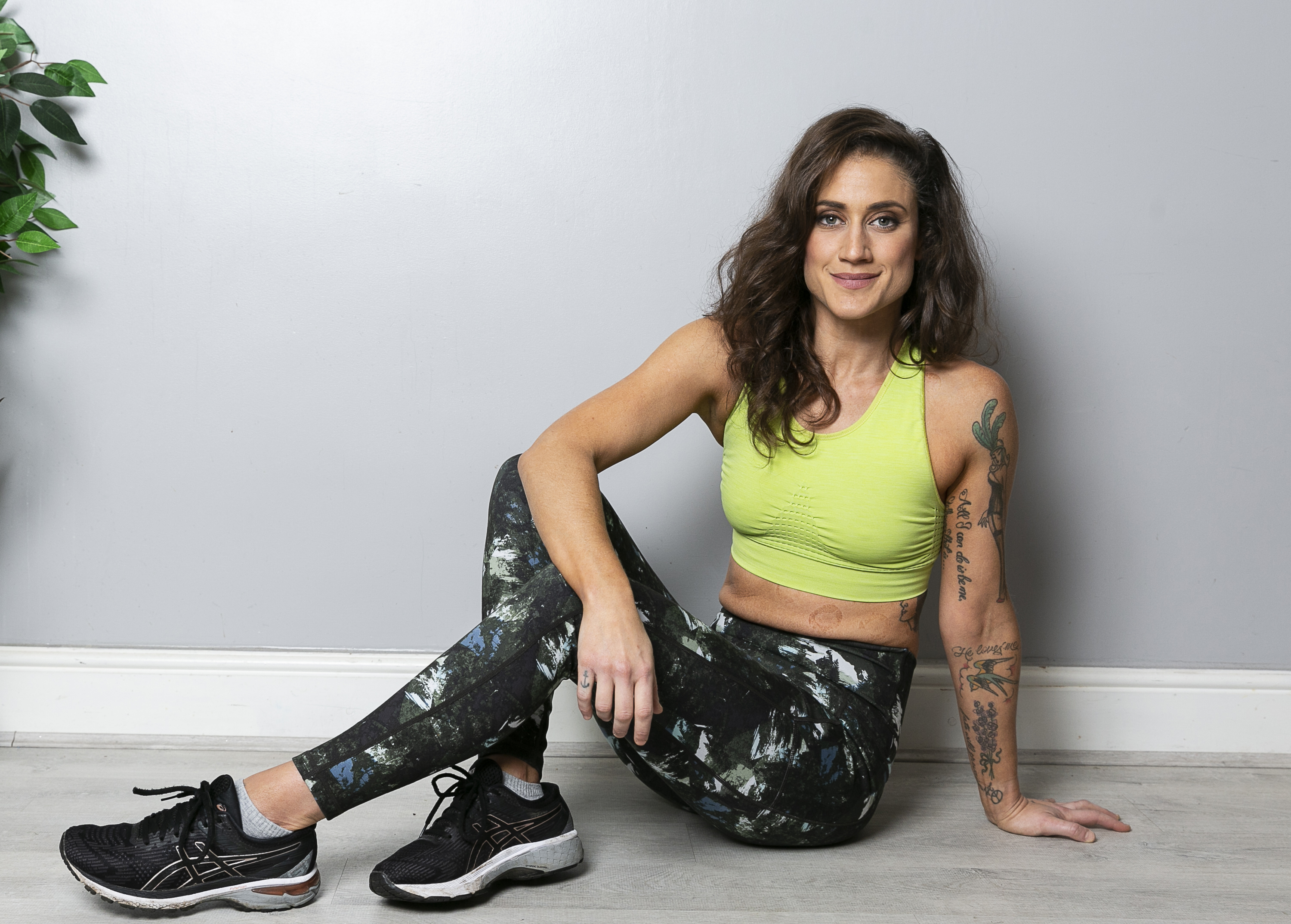 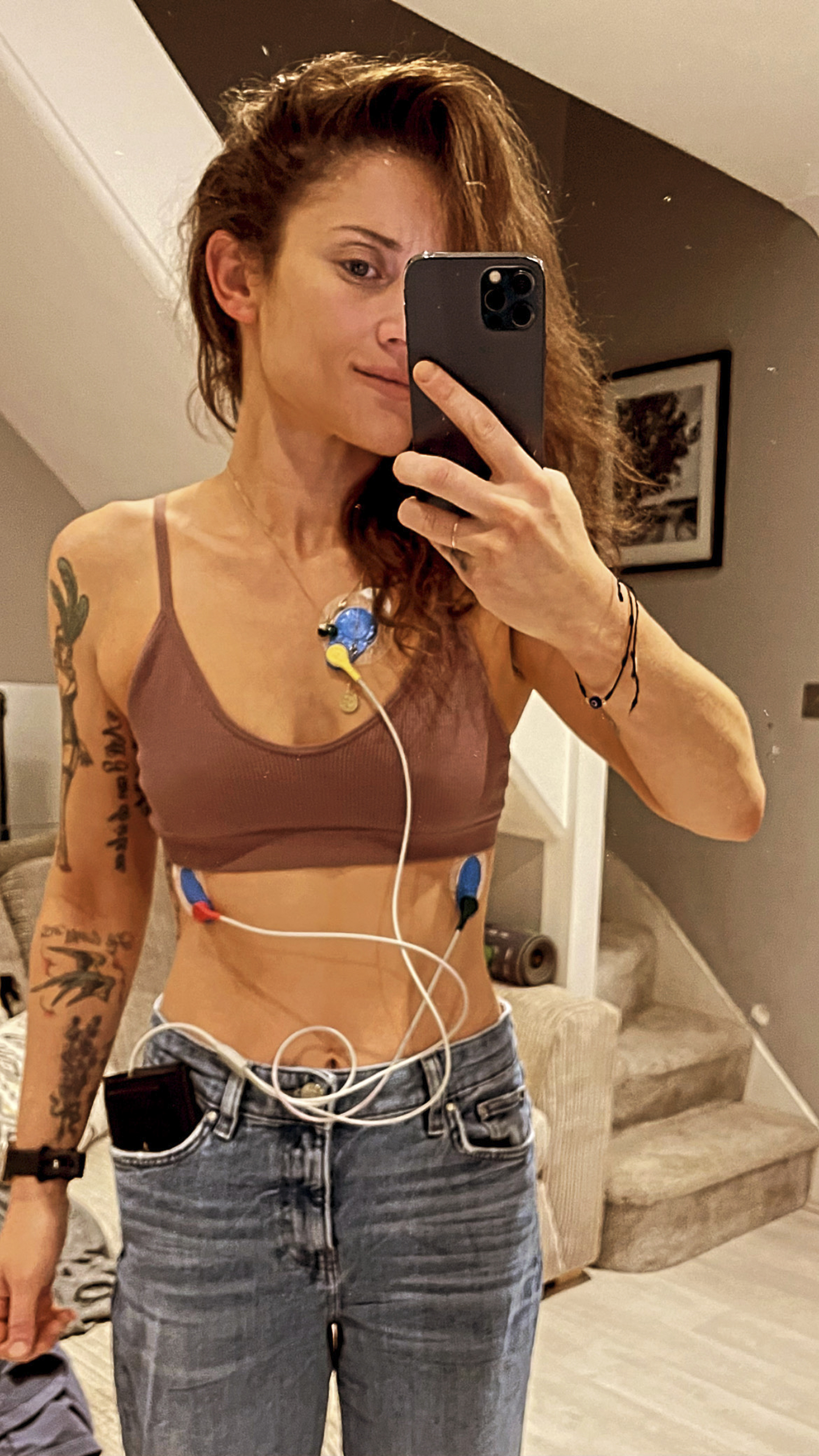 No one was more shocked than Katie, 35, who admits she was petrified her three-year-old son Hudson, who she raises alone, would be left without a mother.

In her first interview since the terrifying ordeal, the English singer-songwriter says she feels like she's "falling apart".

It has exacerbated her post traumatic stress disorder (PTSD), which renders her too scared to leave the house.

There are ongoing investigations into what caused the attack, although doctors suspect it could be a side effect of Long Covid.

Katie, who is training to be a lawyer, told how she was preparing for one of her online classes when she began suffering chest pains.

She told The Sun: “I’d just finished making Hudson’s bed and stopped dead in my tracks because I felt a sensation centralised in my chest, and I noticed my heart rate had increased on my Apple Watch.

“As somebody who’s suffered with panic attacks, I sat and tried to calm myself down but the squeezing feeling was getting worse.

“It started to go up my neck and around the side of my face. 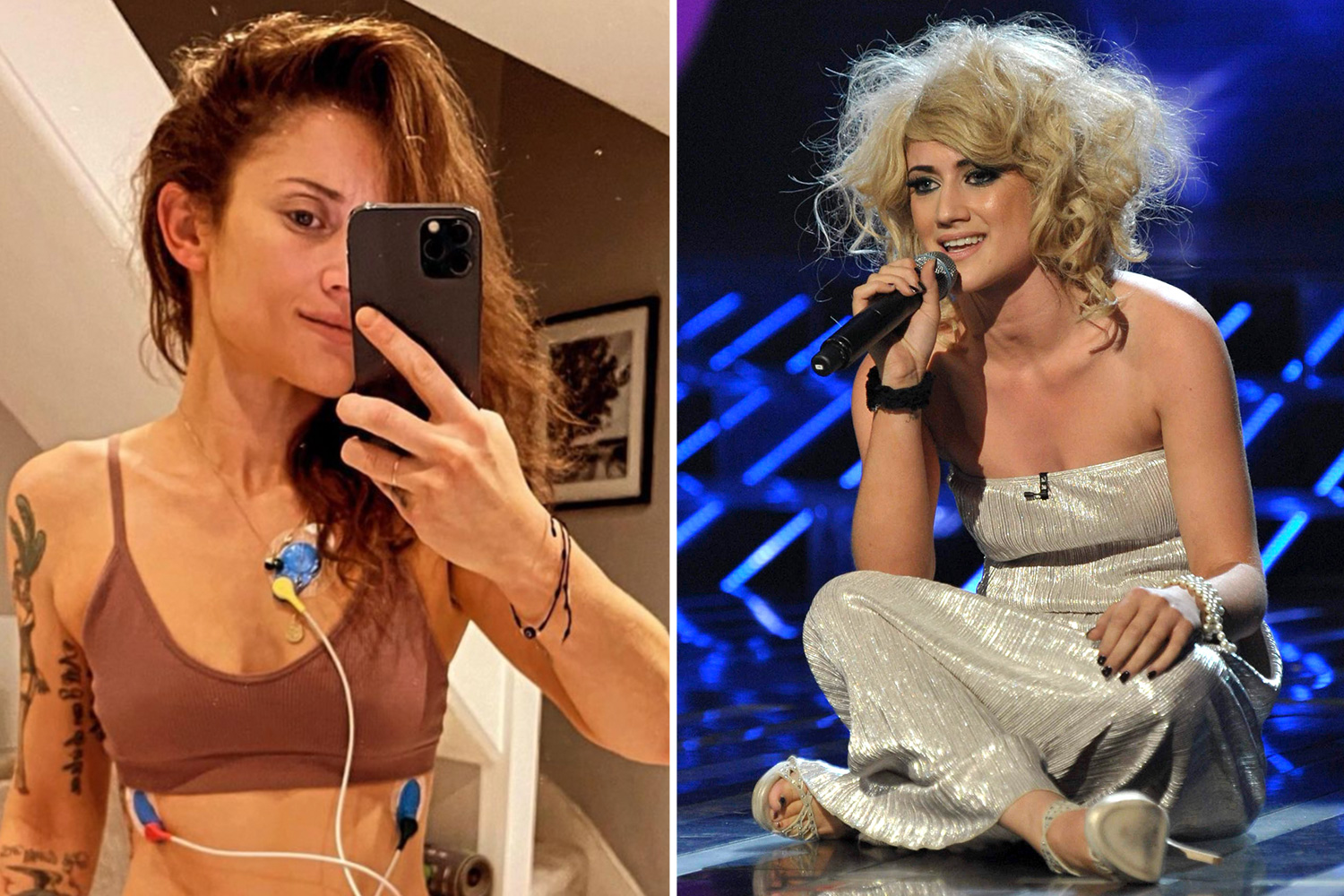 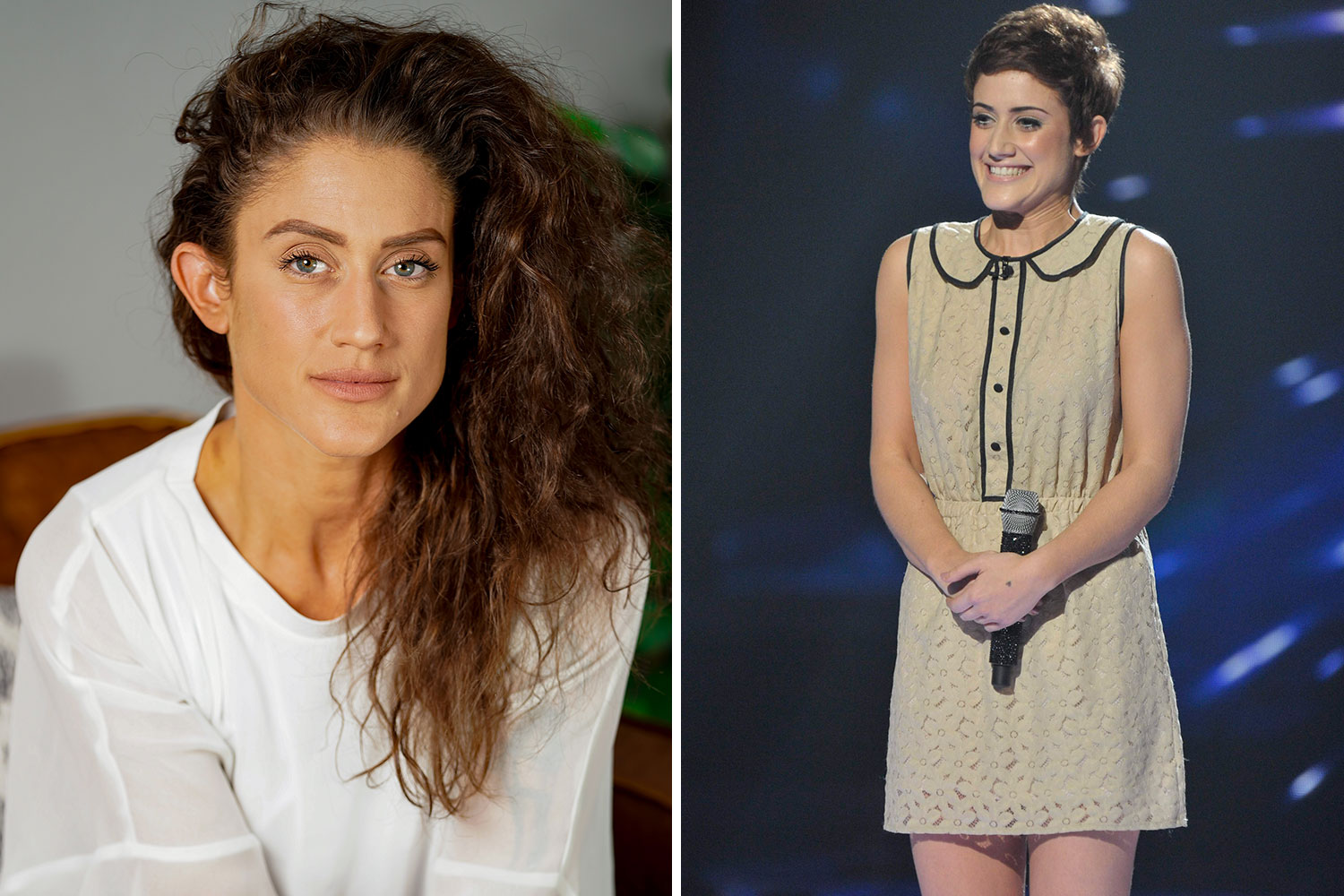 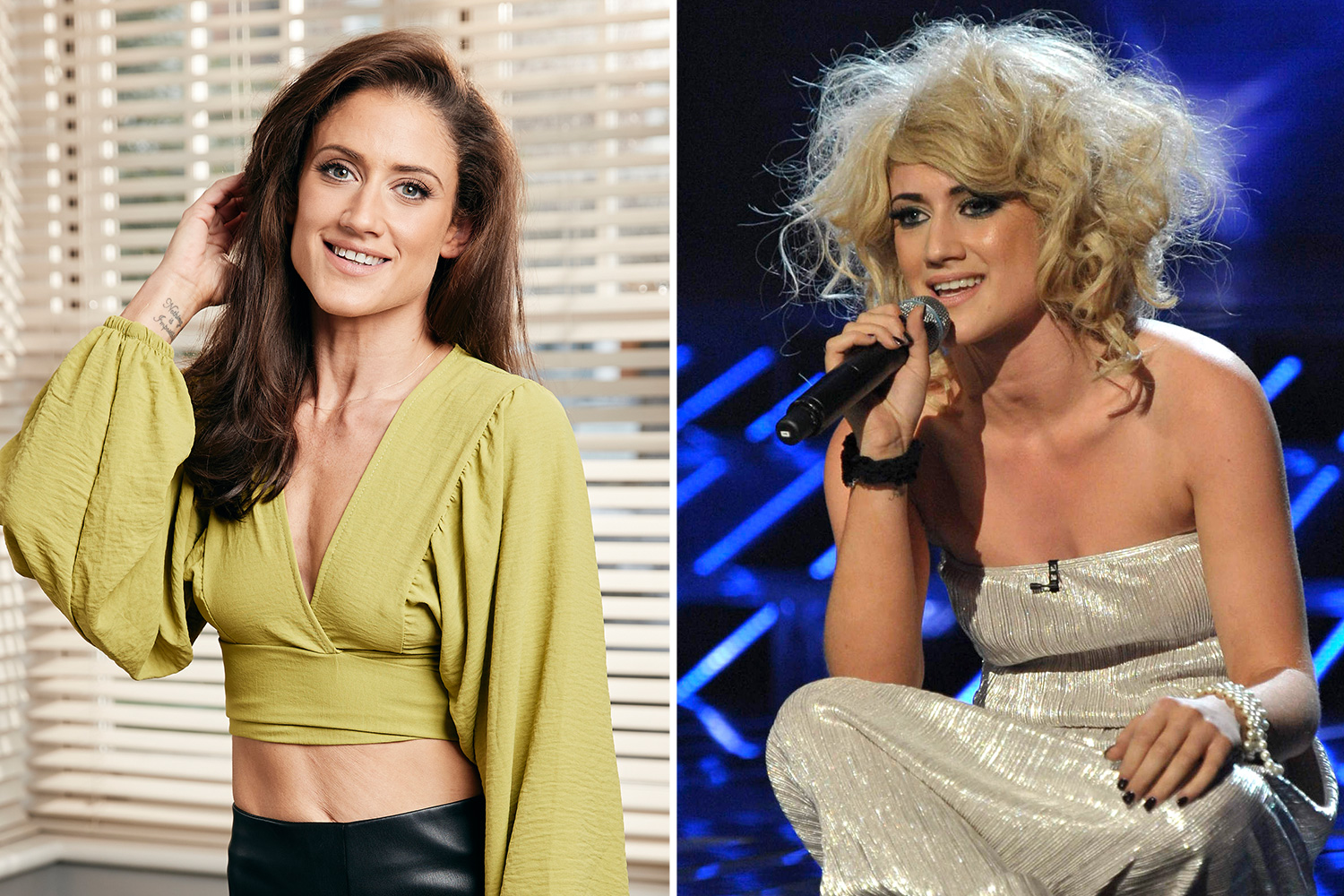 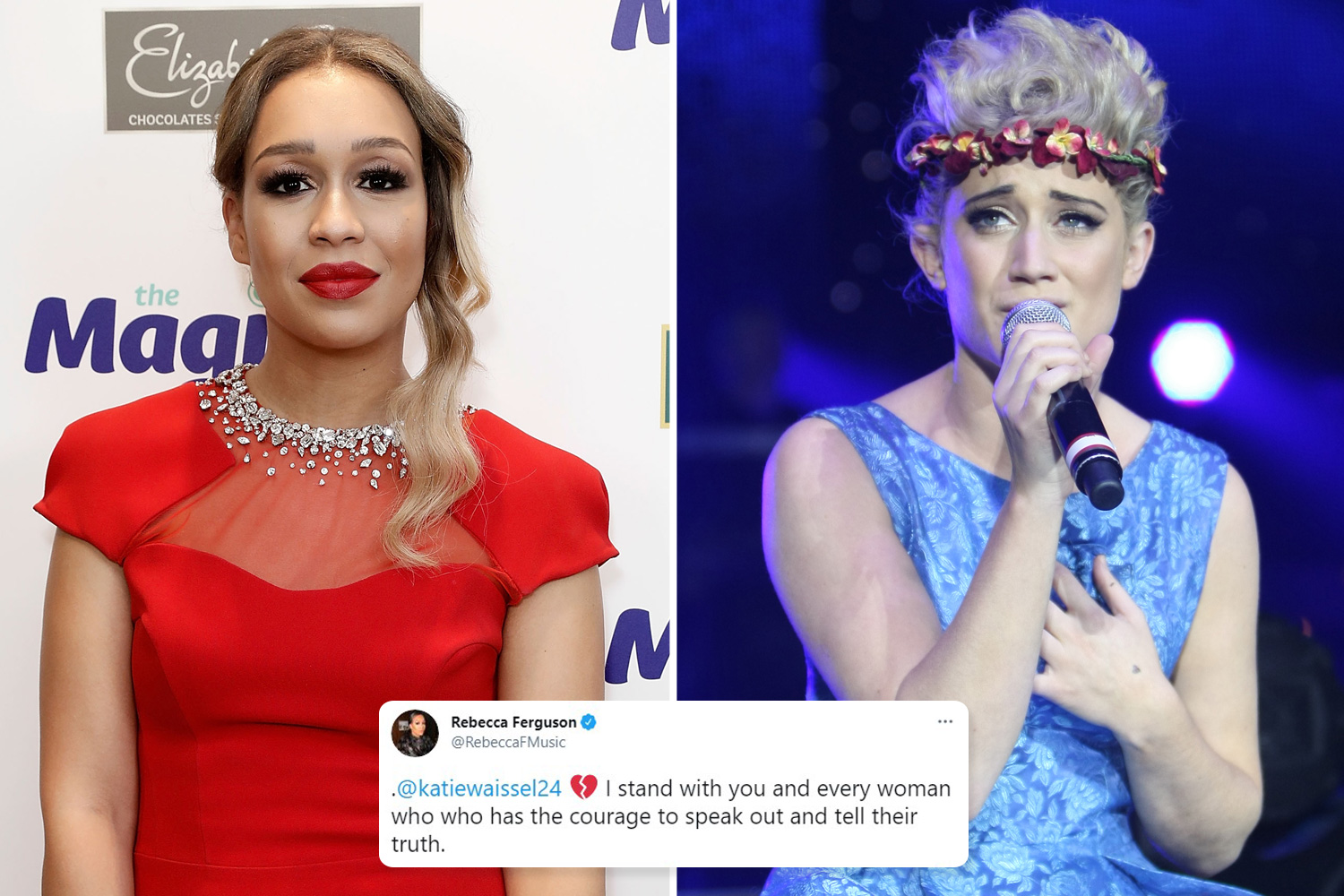 “I went to get up to go downstairs to open the door, but the minute I went to stand I felt incredibly dizzy and sick. My face was wet with sweat.

“So I crawled down my stairs, in case I passed out, called 999 from my smart watch and made sure that my front door was open.”

Katie praised paramedics for arriving "within minutes" and rushing her to Watford General Hospital.

Through tears, she told us she was very "disorientated" but all she could think about was whether her son, who was at playschool, would be left parentless.

She sobbed: “I didn’t want anything to happen to me because of Hudson.

“I have a family that lives in the UK but it's just him and I, and I wasn't… I wasn't ready for that.

“So I tried to stay cool and calm. I didn't even call my mum or anything. I didn't want to panic anybody. I wanted to just be as level-headed as possible.”

After a day of tests Katie was told her troponin levels were normal, indicating she didn't have a severe heart attack or go into cardiac arrest.

Despite an ECG showing "some cause for concern", she was allowed to go home.

Since then, Katie says she still feels “like garbage” and her heart rate tends to rest at 100bpm, whereas before it would often be in the 60s.

She said: “I feel like I'm falling apart. It's not nice to have that physical feeling of just not feeling like me.”

I didn't even call my mum or anything. I didn't want to panic anybody

A private consultant believes her symptoms could be linked to Long Covid, as both she and Hudson contracted the virus at the start of the pandemic.

"He informed me that, structurally, my heart is fine, which is great," she explained.

"But what's concerning for me is he said that it’s been researched and studied that having the virus can elevate your heart rate, whilst lowering your blood pressure, causing palpitations and tightness – basically everything I experienced."

Some people with severe Covid-19 experience heart and circulatory problems during their illness.

In a study of 4,182 people by the Covid Symptom Study app, heart symptoms were commonly reported, including palpitations and increased heartbeat.

Katie's doctor offered to give her beta-blockers – medication which slows down the heart by blocking hormones like adrenaline – but Katie said she's reluctant to take them and is still trying to get to the bottom of her condition.

She claims she was also diagnosed with asthma earlier this year, along with a form of chronic bronchitis believed to have been brought on by Covid.

On top of her physical ill health, Katie told us she’s been suffering "severe PTSD" and rarely leaves the house other than to take her son to and from playschool.

She said: “I've experienced some really horrific things I have not 100 per cent healed from, and it gives me such severe anxiety.

“I have my premises patrolled by 24 hour security. I'm absolutely petrified. 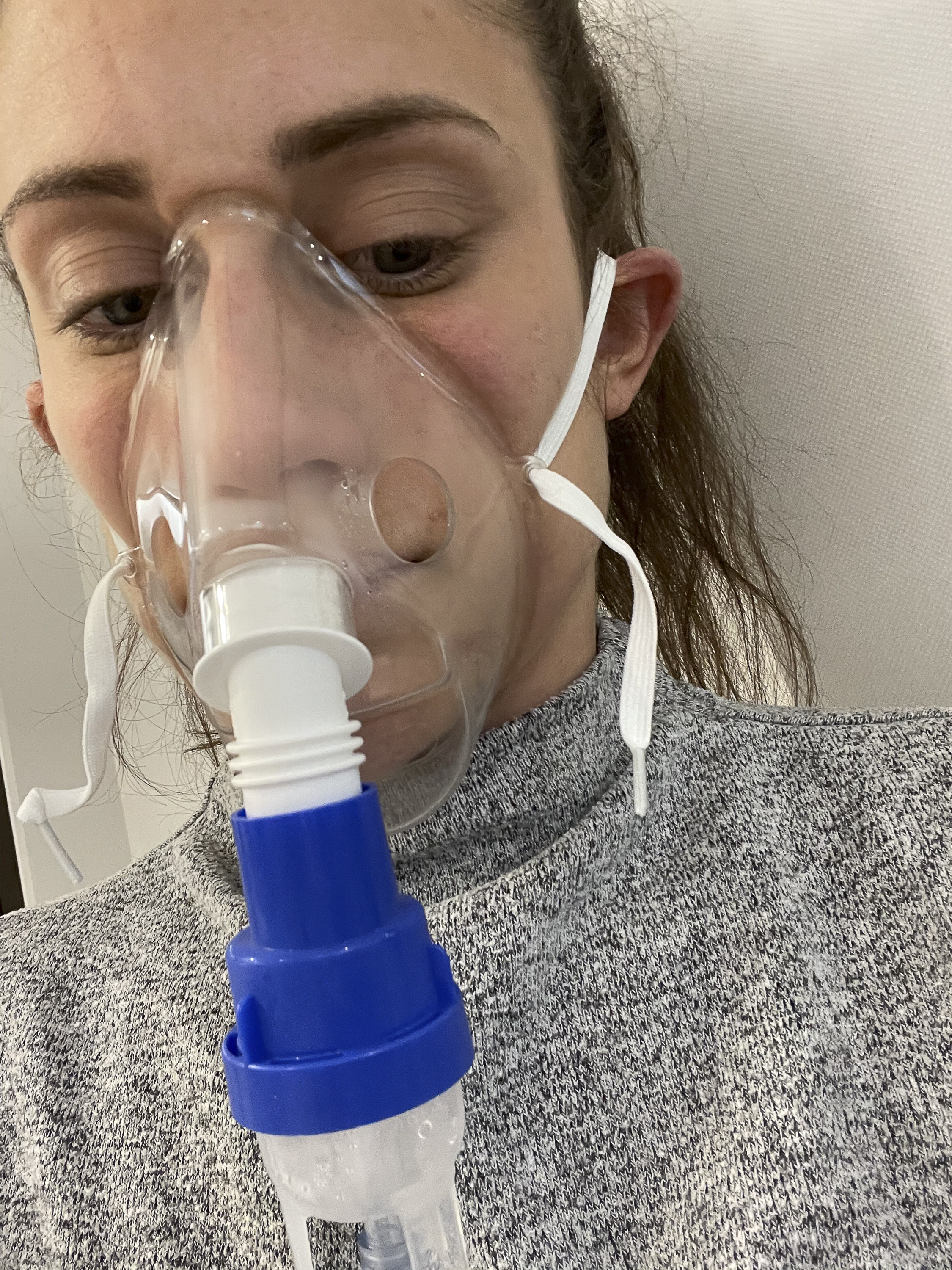 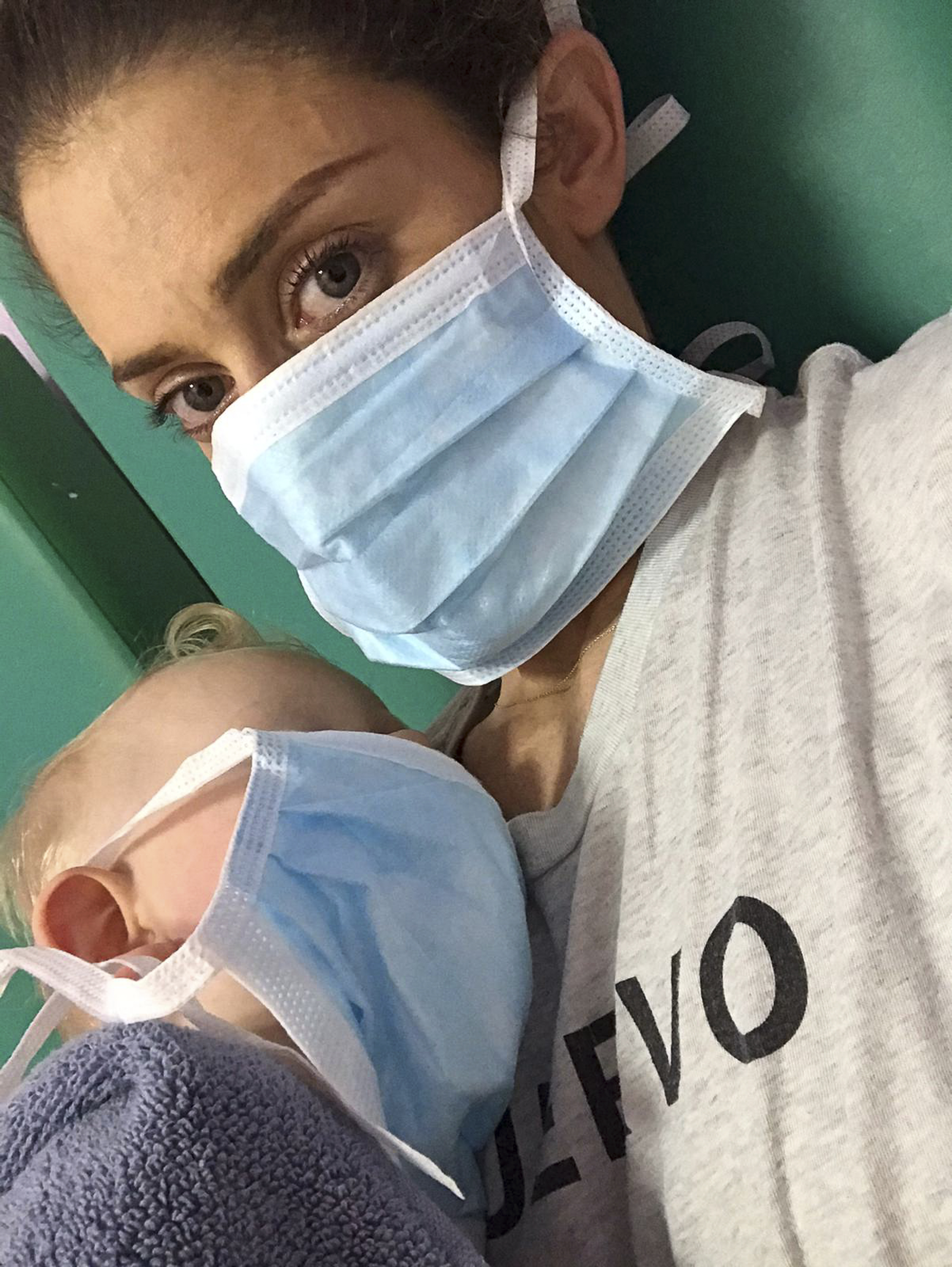 Katie previously claimed a senior music industry figure sexually assaulted her in a luxury US hotel in 2015, five years after she made the X Factor quarter finals.

She alleges the man was a former employee of Sony Music and Simon Cowell's Syco Entertainment company, and Syco reportedly began a probe when they became aware of her claims.

The man, who was not identified for legal reasons and no longer works for Syco, denies Katie’s allegations.

Earlier this year, Katie told The Sun: “I can still smell him. I was paralysed with shock. All I could think was, ‘How am I going to leave this room?’

“I was a victim but I wouldn’t allow myself to recognise just how terrible it had been. I’ve never spoken before as I thought I’d be blacklisted and never work again.

“I was vulnerable but times have changed and I now feel bold enough to speak out.”

Katie is halfway through a law degree scholarship at a London University, which she wants to use to help safeguard the entertainment industry for young talent.

She is also working alongside the UK Government and Creative UK Committee to safeguard and protect people in creative industries against bullying, harassment and discrimination.

Katie said: “By learning law, I’m making sure future generations are protected in every way, shape and form in the creative industry space, as well as a feeling of being heard.

“All steps up until now have led me into this very space, so I sometimes feel like if that's what had to have happened in order to save others and help others and protect others, then so be it."

She said: “I've read a couple of those stories and I think it's very brave, admirable, honest and also a somewhat selfless thing to do, because the more we speak out on these things, the more we can help others to come forward."

Single mum Katie said her main priority in life is her son, who now wants to be a doctor after seeing what she's been through.

She claims her ex, personal trainer Andy Speer, left her when she was eight months pregnant and now lives in New York.

Katie, who has been married twice, dated Andy for just over a year after they met in the summer of 2017. Hudson was born in July 2018.

She said of her son: "He is so fantastic and has such a big heart. Sometimes a couple of plates drop, but Hudson is always a priority. 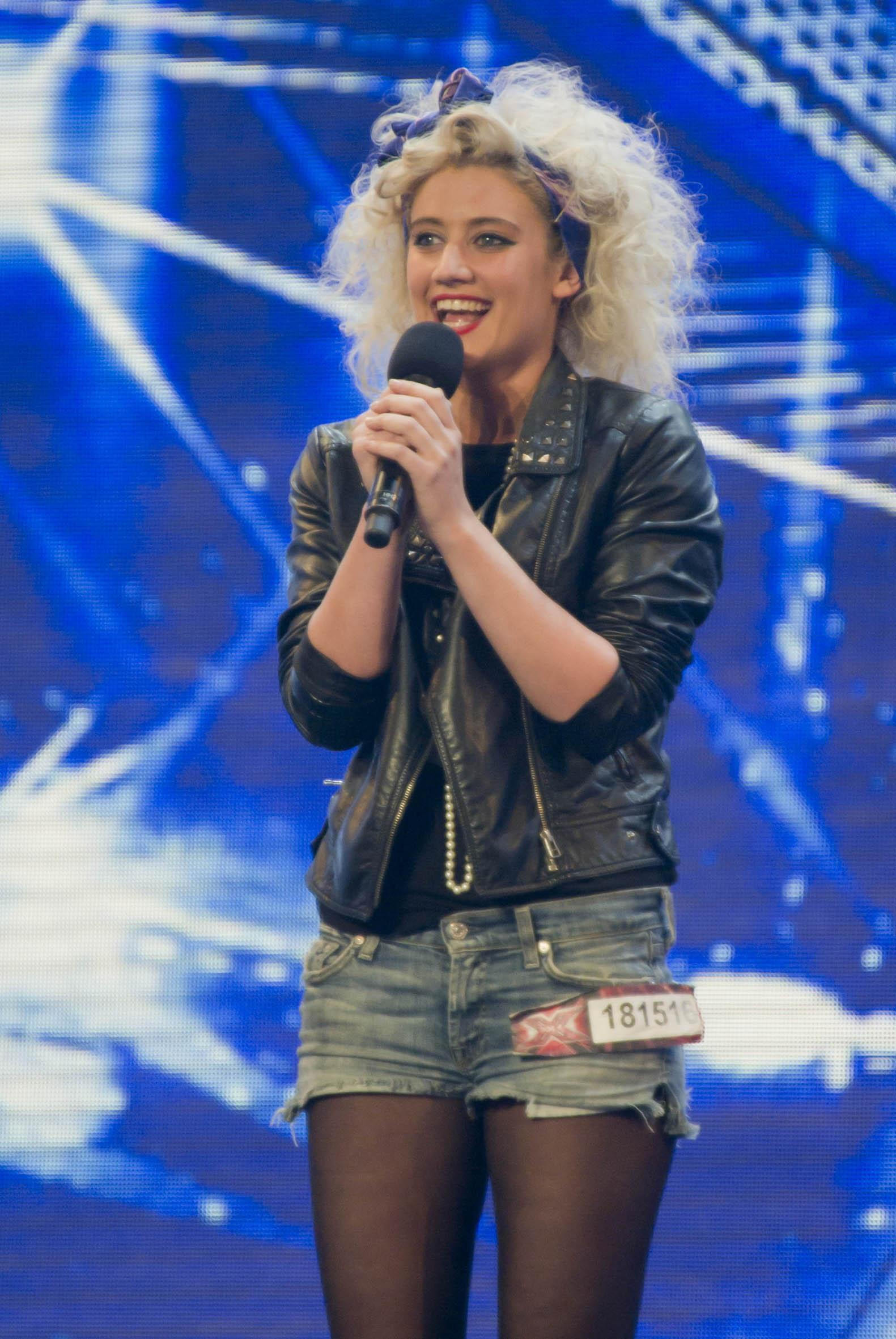 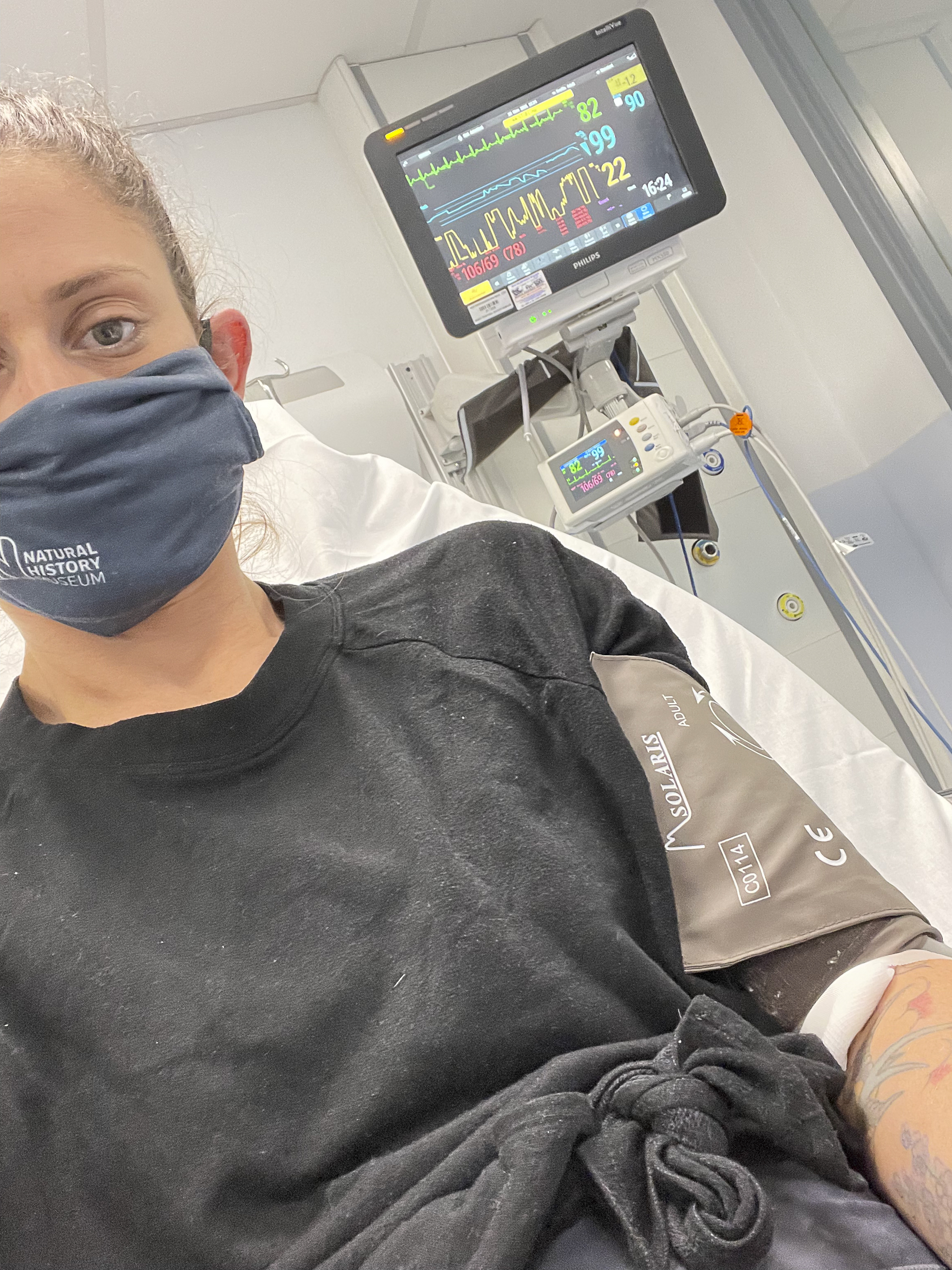 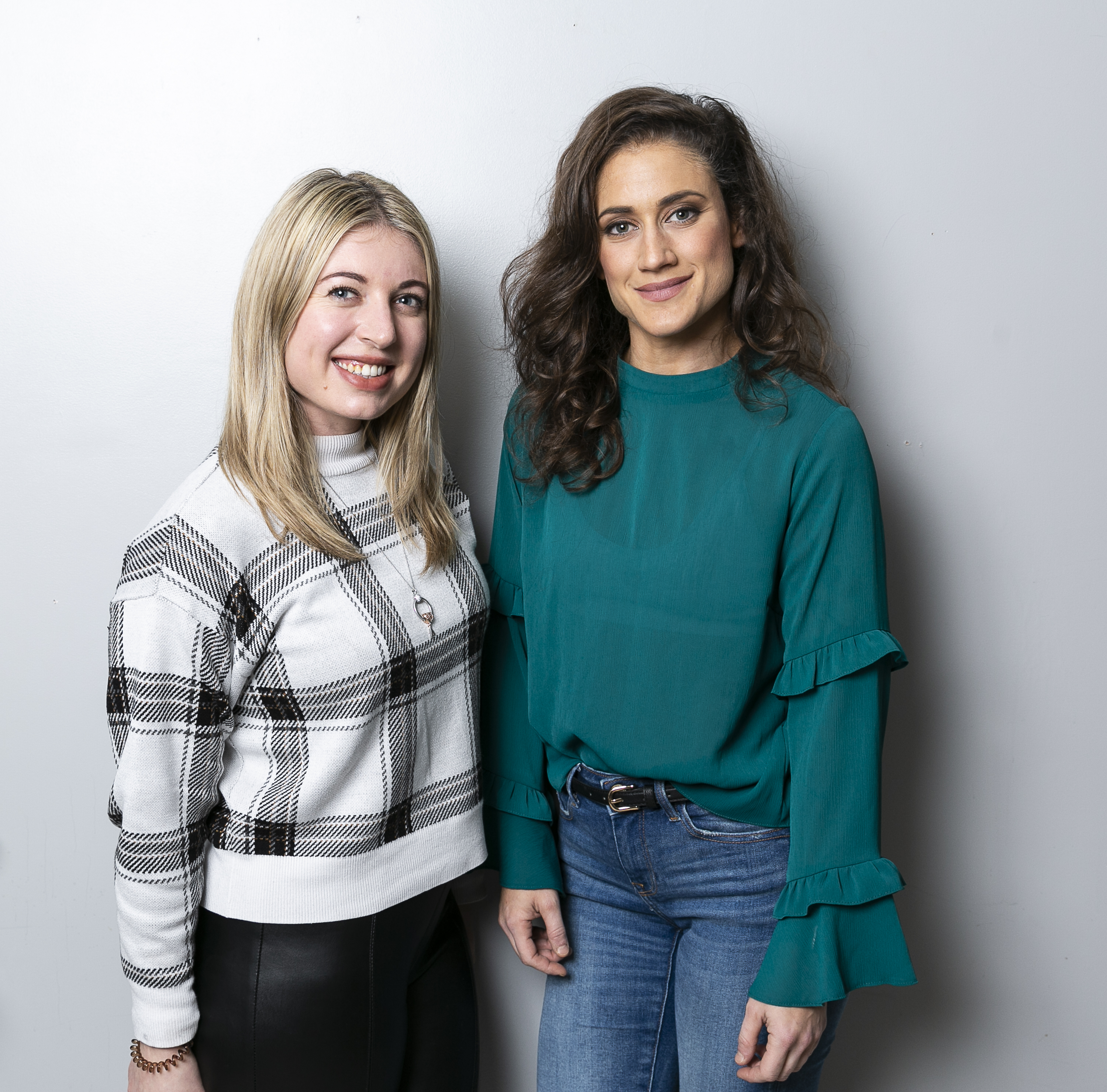