If you’ve been keeping up with the 2021 Olympic Team Trials, then it’s likely you’ve seen a variety of glam categories at the event. There’s been a fair amount of low ponytails, simple braids, and relatively pared-back styles. But there’s also been a group of Black women in a category entirely of their own. Stepping up to the starting blocks, these athletes are decked out with embellished claw nails, layers of shining jewelry, and wonderfully thick eyelash extensions, poised to break world records. From Jackie Joyner-Kersee and Florence “Flo-Jo” Griffith Joyner in the late ’80s to Allyson Felix and Sha’Carri Richardson (first name pronounced SHA-care-ree) today, these women are known for not only being at the top of their running games, but taking the meaning of fully decorated to a whole new level. While this may feel shocking to some, for many Black women across the diaspora, this maximalist approach to glam is simply the norm.

With origins in the South, the super-stacking of ornate gold jewelry and long (like, really long), heavily detailed nails are a fixture in the Black community. Before it was deemed stylish, this glam was derided as being ghetto or, at best, ghetto fabulous. But for more than 30 years, spectators have seen these trends take center stage at the most-watched event in the world. A spectacular display of showing up as one’s most authentic self, this move encourages others watching to do the same. And when these women win races and crush records in the process, it further proves that the sky really is the limit. 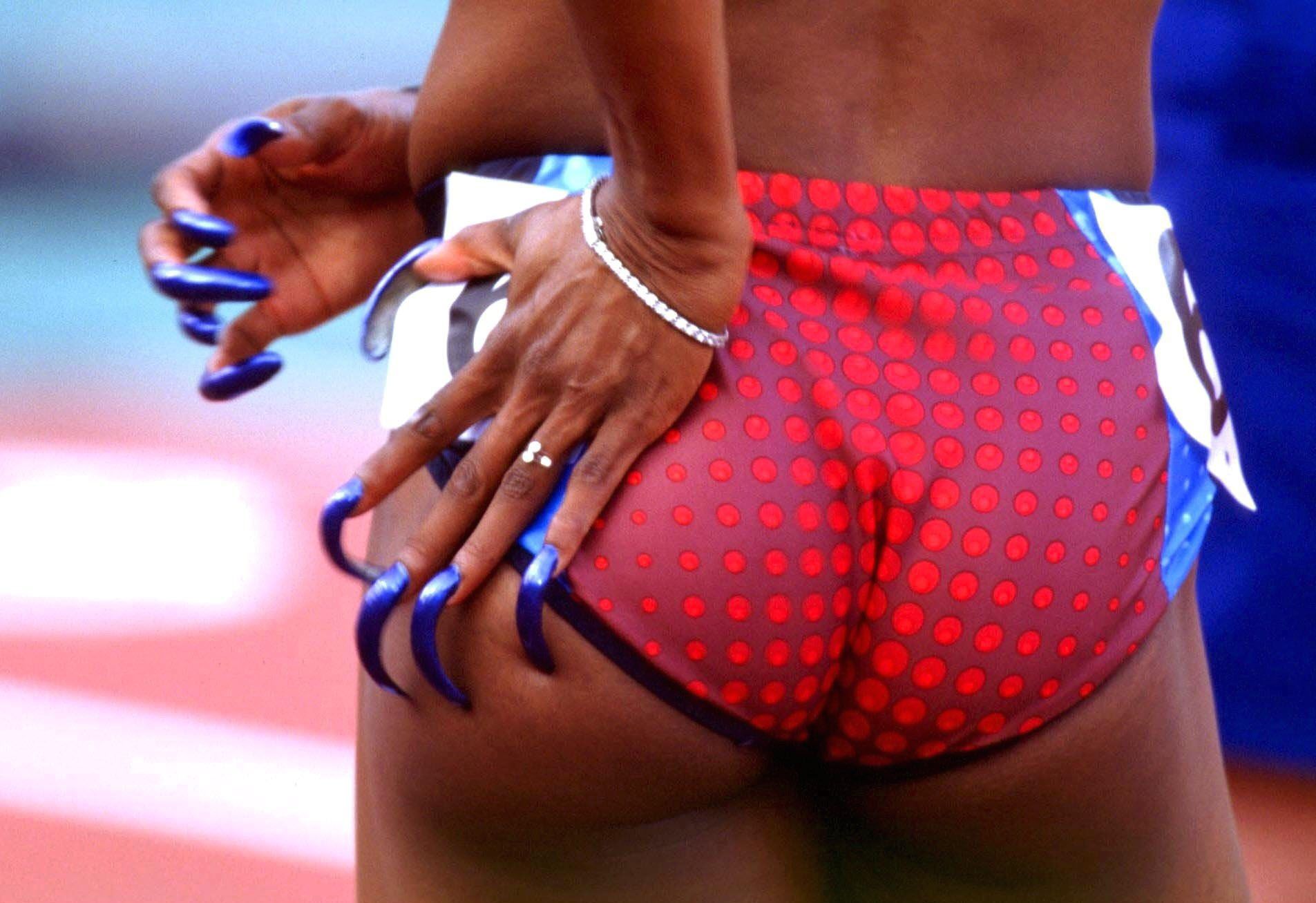 Aside from Chris Evert wearing her signature diamond tennis bracelet at the US Open during the ’70s, this level of glamour in the sports arena was almost completely unheard of. But it was evident by the mid ’80s that the women of track and field were setting a new precedent. While the iconic Flo-Jo, set to be played by Tiffany Haddish in a forthcoming biopic, became world famous for her record-setting sprint times, her stylistic takes on the classic runner’s uniform and those iconic long nails were just as memorable. Three-time Olympic gold medalist Gail Devers also opted for statement-making claws in her heyday, accessorizing with color-coordinated scrunchies and stacks of bracelets. Both athletes consistently wore full-glam looks, complete with bold red lip shades. 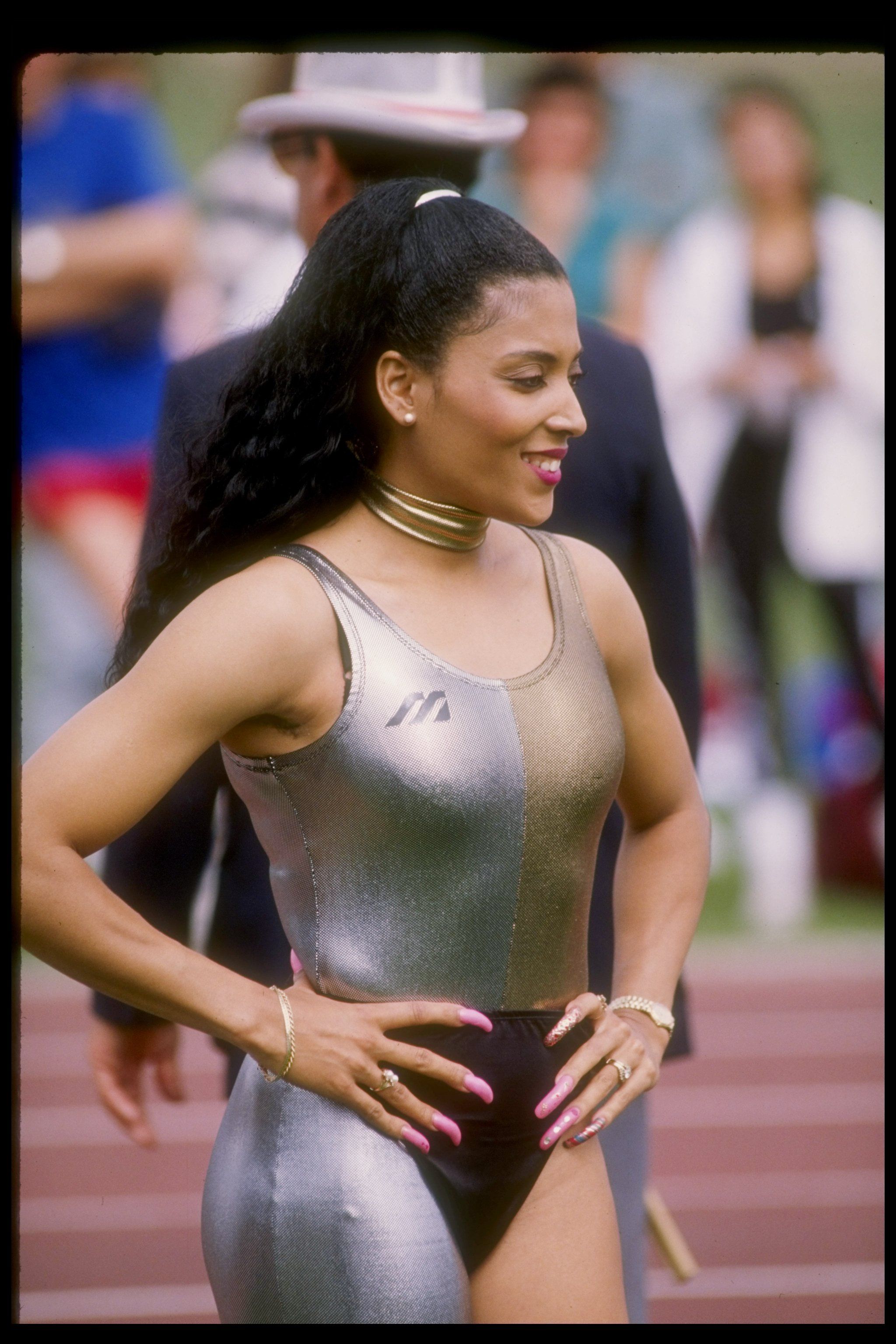 The unofficial tradition of unabashed style in the sport lives on in a new generation of track athletes. Sha’Carri “That Girl” Richardson, a.k.a. the fastest woman in America, not only qualified for the Tokyo Olympics but also broke the record for the 100-meter sprint, all while wearing fiery locks, long lashes, and acrylic nails. 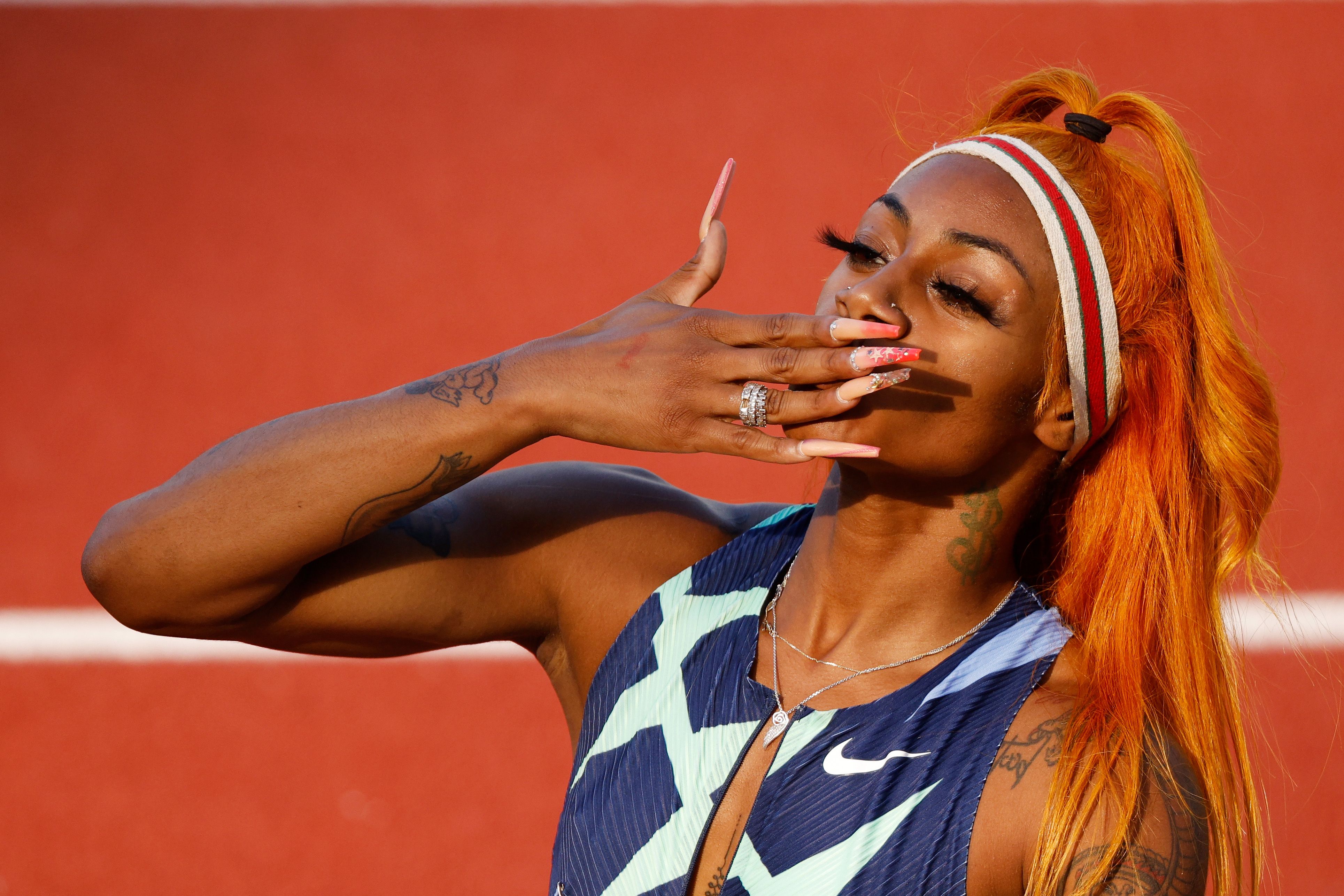 Joining her on the U.S. team is 100-meter hurdler Christina Clemons, who showed up at the starting line with gold hair accessories pinned to her braids and tiny bags of Doritos chips dangling from her ears. Olympic-qualifying high jumper Inika McPherson brought the swag with diamond gauge earrings and stacks of necklaces to complement her uniform. They all bring their unique styles to the arena, effectively proving that absolutely nothing can slow them down.

What makes the glitz, glam, and flair in the Olympic track world so impactful is that it’s the purest display of Black women unapologetically being themselves—and completely dominating the sport in the process. There are very few places where Black women are able to show up exactly as they are without their hair, nails, or bodies becoming a point of discussion. Whether it’s the ongoing discourse around natural styles in professional settings or dress restrictions put in place to cover up the curves of one’s body, society has a storied history of expecting Black women to change who they are to fit within a certain standard of beauty and decorum.

But these top-ranking athletes dominating track and field are having none of it. “No matter what color my hair is, no matter how long my nails are, no matter how outspoken I am, my talent speaks for itself,” Richardson stated after winning The Bowerman award back in 2019. “When I step on the track, it doesn’t matter what I look like or what color I am … the time speaks for itself.”