The scenic coasts of Northern Tuscany and Southern California are separated by approximately 6,000 miles; one runs along the Tyrrhenian Sea and the other, the Pacific Ocean.

And yet guests at Il Ristorante di Giorgio Baldi on the Pacific Coast Highway may find themselves transported — at least for the night — from the beachy bluffs of California to the sea town Forte dei Marmi, the birthplace of Giorgio Baldi, the restaurant’s founder.

The restaurant is tucked just off the highway that connects Los Angeles to Malibu (in the somewhat ambiguous area between Santa Monica and the Pacific Palisades), its tan facade illuminated by a simple neon green sign that spells out the restaurant’s initials — “gb” — in a lowercase script.

“In 1990, that location was considered one of the worst locations ever because it was off from everything,” said Elena Baldi, Mr. Baldi’s daughter and the restaurant’s manager.

But this understated nature has made it a particularly good hide-out for celebrities.

It’s not unusual for Rihanna, say, to pop in once, twice, three times in a week if she’s in town. Paparazzi photos routinely capture her coming and going: in a velvet blue Gucci button-down and denim flares; in a cotton-candy-colored Chanel coat (fall 1996); in forest green sweatpants with Amina Muaddi pumps.

Cesar Pena, a photographer who has spent his 16-year career spotting celebrities in Los Angeles and New York, said that he often swings by the restaurant in hopes for a shot of the star. “When I was in L.A., I knew I had to be there on a Sunday just after 5 o’clock,” Mr. Pena said.

Giorgio Baldi (or “Baldi,” as some regulars call it) first opened in 1990 and was popular from the start, particularly among Los Angeles’s celebrity circuit. The charismatic namesake chef and owner spoke almost no English but used his natural expressiveness to connect with his American customers when he first moved to the city with his family in 1985.

After years spent working in upscale Italian restaurants around the city, including Il Giardino and the Polo Lounge at the Beverly Hills Hotel, Mr. Baldi, who died in 2011, opened his own spot. Locals and longtime customers of the previous restaurants he worked at, including the philanthropist Eli Broad and the media mogul Rupert Murdoch, kept the reservation book filled.

“I remember we opened without a beer and wine license because we hadn’t gotten it yet but we needed to open,” Ms. Baldi said. “It was packed, and people were just bringing their wine.” Ms. Baldi’s mother, Roberta Baldi, still comes into the restaurant every day to prepare pasta sauces and fillings, and to do a little accounting, as she has since the very beginning. 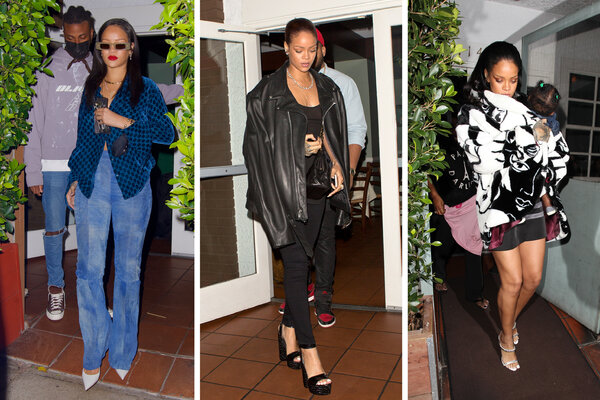 Many of the most popular dishes, like the sweet corn agnolotti and the risotto, have also been there since Day 1. “The menu technically hasn’t changed much, even inside it kind of still looks the same,” Ms. Baldi said.

But Mr. Baldi’s magnetism, along with his cooking, continued to draw new people of varying degrees of stardom. “The good thing about him was that he didn’t see a difference with anyone, you know, like celebrity or noncelebrity,” Ms. Baldi said. “He really loved the neighborhood crowd — Sunday night was his favorite night because all the families come in.”

On a recent Thursday, wait staff buzzed around as club music blared throughout a large tent over a parking lot covered in AstroTurf.

There were tables of young influencers, families from the surrounding Pacific Palisades neighborhood, teenagers from Europe and some Hollywood names including Eugene Levy of “Schitt’s Creek” and Stephen Dorff of “True Detective.”

“We don’t promote that environment. People think we do, but we don’t,” Ms. Baldi said, of the celebrity draw. “I’ve sat people — big people — at really crappy tables, but I’m like, ‘OK, I don’t know who you are! Whatever.’”

Regardless of whether the restaurant is trying to be a celebrity hangout, it has come to be known as that. One patron offered a reporter some unprompted advice: Sit on the far side of a table facing the crowd, so as not to not miss any action.

“It’s funny because, you know, people want to see the celebrities,” said Marco Pistorello, 42, who has worked at the restaurant for 14 years. “But they’re actually exactly where you think they would be — in the inside, in the most remote little corner, just probably because they don’t want to be in the middle.” (And of course, there is a private room.)

When Rihanna shows up, she often turns the uneven gravel sidewalk that leads into the restaurant into a runway.

Photos are quickly circulated on social media by fan accounts like @TeamOfRihanna, and fans of the singer are left curious: What does she order? What keeps her going back so often? Is the food that good? Could she be working on her ninth studio album from a secret recording studio beneath the kitchen?

“Rihanna started coming when she was like 18 or something,” Ms. Baldi said. “I remember when she couldn’t even drink.”

Priyanka Dave, a 25-year-old health care operations worker and food blogger, was eating dinner with her family at Giorgio Baldi on Mother’s Day in 2016, she said, and was stunned to realize that a woman who walked in wearing an emerald green leather dress was, in fact, Rihanna.

“I was really, really nervous to go up to her,” Ms. Dave said. “I went up to her at the very end of dinner.” Ms. Dave recalled that after she asked Rihanna’s security guard for a moment to chat with the singer, Rihanna herself walked up and answered: “Of course.”

“We always ask people to be respectful of other people. I’ve asked people to not take pictures in the past,” Ms. Baldi said. “At the same time, sometimes celebrities will say ‘Yeah, come over,’ just to get a selfie. That’s up to them. If they’re OK with it, I don’t care, you know?”