A MUM from Hertfordshire had the shock off her life when she woke up with what looked like "fang marks" on her face.

Louise Harper, 40, was victim to a fake tan disaster after applying a couple of layers of St Moriz Darker than Dark fake tan the night before. 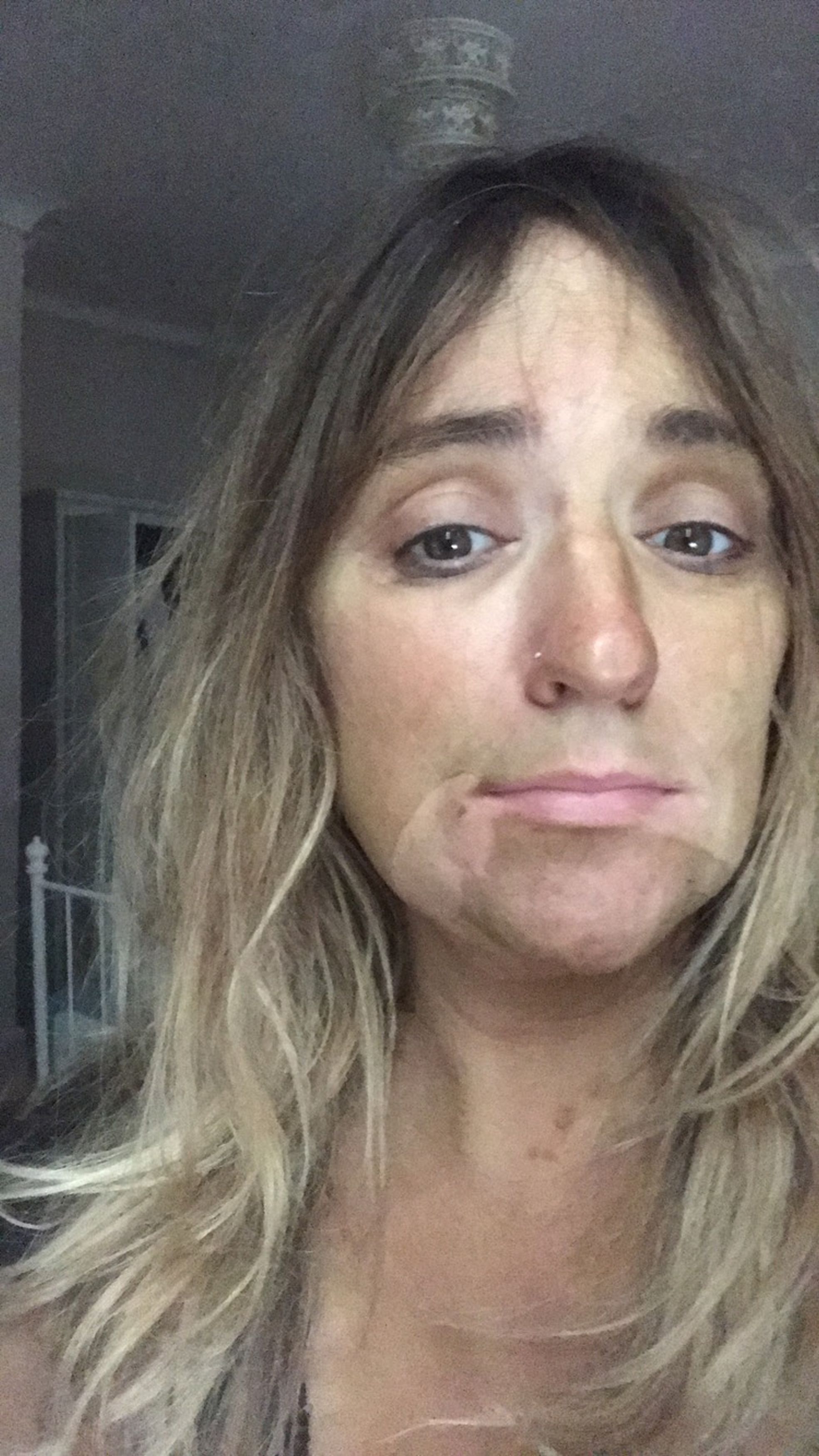 Louise explained she'd applied the tan while preparing for one of her gigs last week.

But the following morning, her 13-year-old son Jude was stunned, explaining to his mum that she had two white "fang marks" across her cheeks.

Horrified, Louise raced to the mirror, realising she'd dribbled down her face in her sleep.

"My heart dropped when I looked in the mirror and a I felt a bit sick," she revealed. 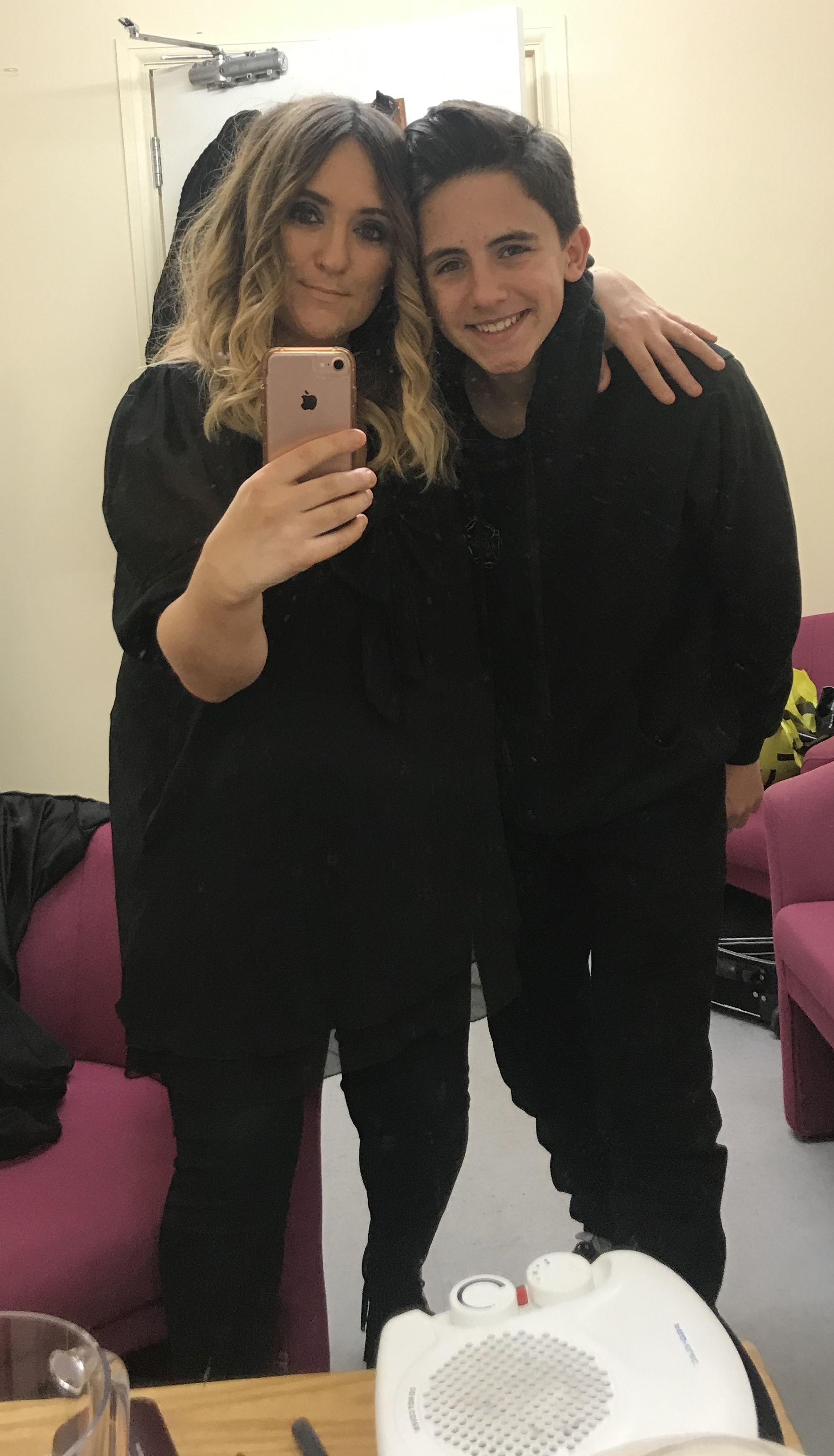 “It’s not like I could hide at home away from everyone for a couple of days – I’m a singer and a musician I had to go and do my gig.

"The tan itself was really good everywhere else in the end but these two white dribble patches were so prominent – it was horrendous.

“The only time it will only come off is if it gets wet and I’d obviously been dribbling in my sleep." 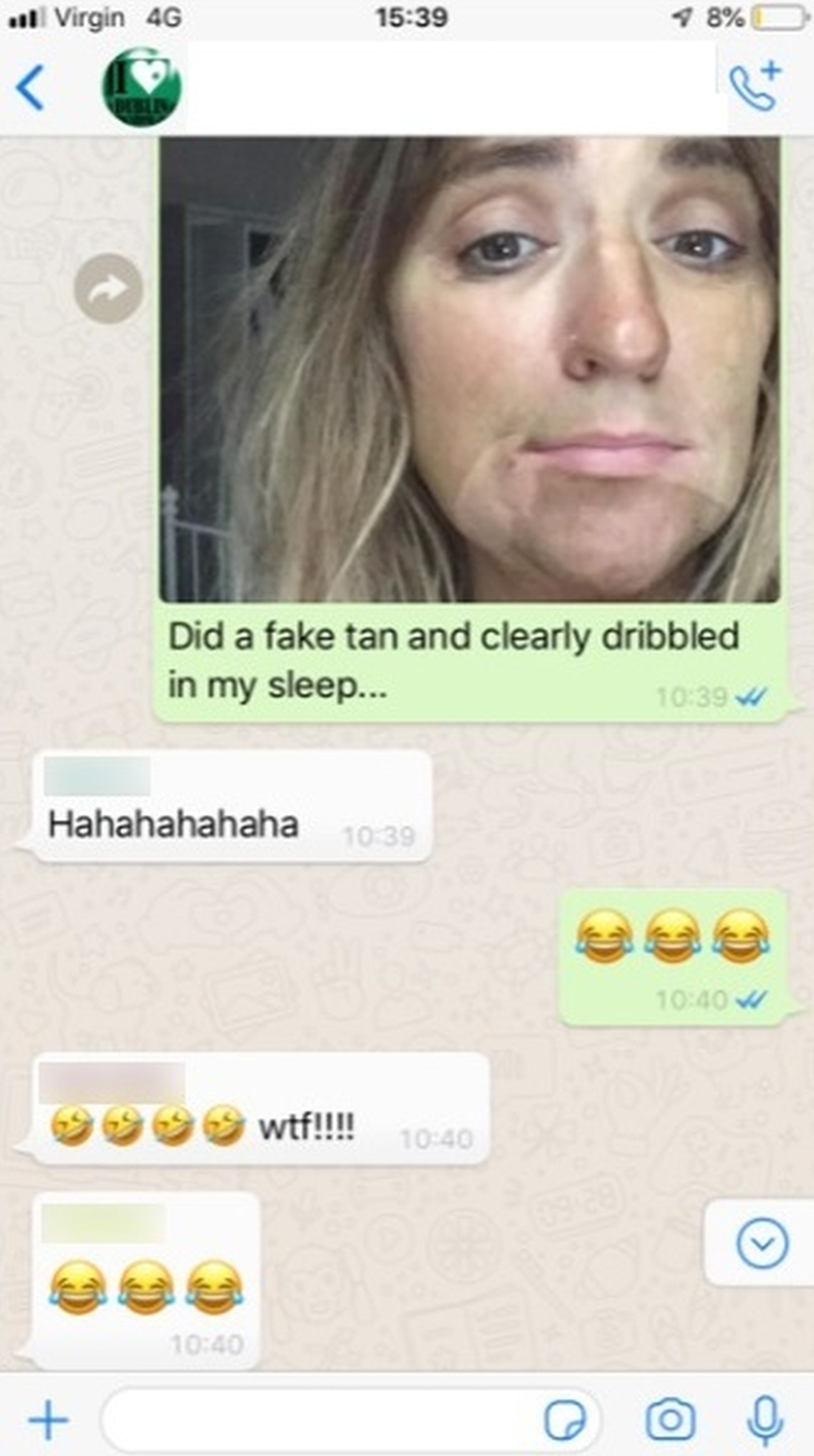 Louise explained she doesn't dribble regularly – that she knows of – revealing it's "no wonder [she] can't get a boyfriend".

Conscious of her gig that evening, the mum tried scrubbing the tan with a loofah for 20 minutes before attempting to camouflage it with make-up.

In the end, she had to purchase a £35 foundation to cover-up her patchy cheeks. 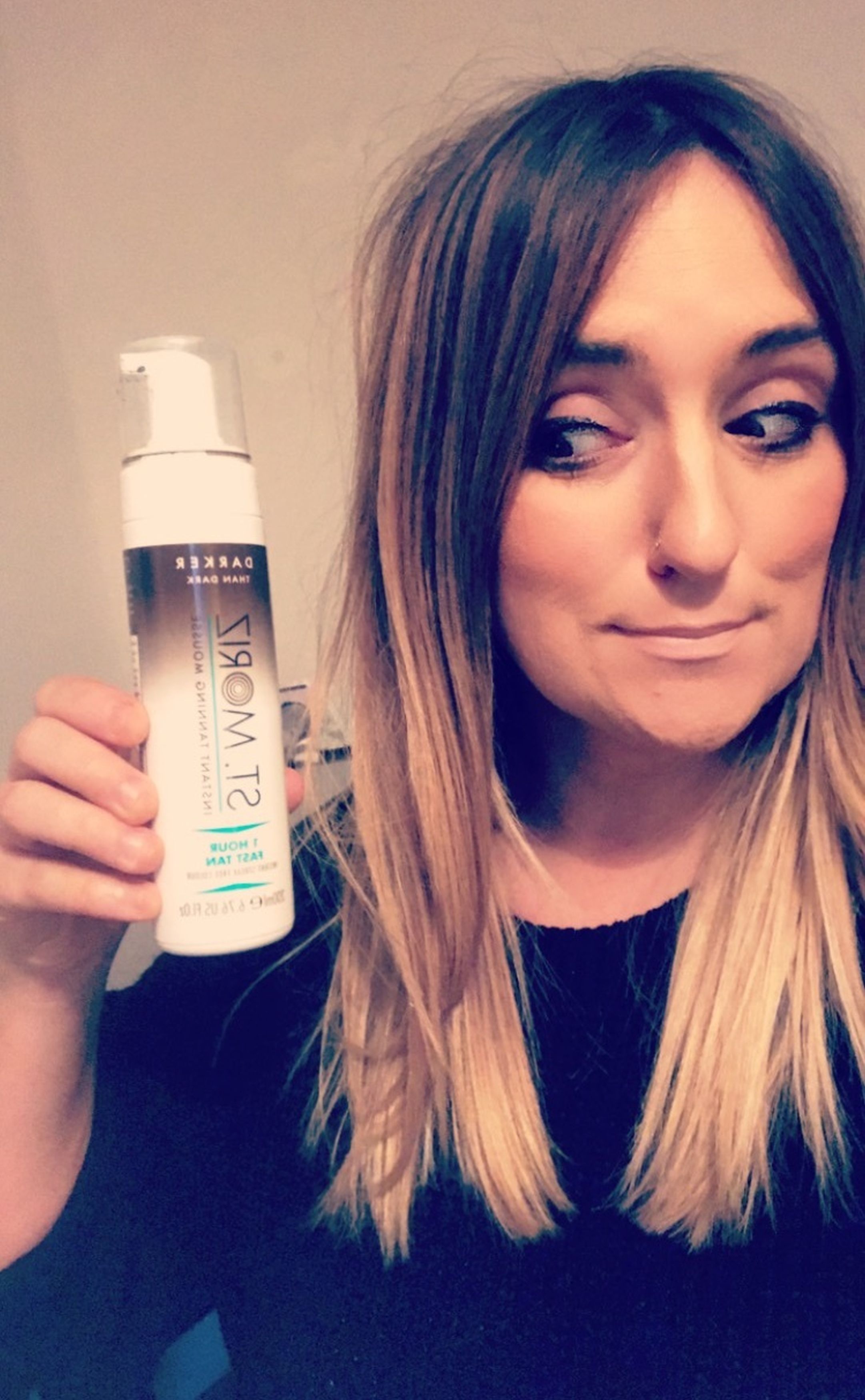 “I used face scrub and then my pink loofah with a load of scrub on that but it was still there. I was in the shower a good 20 minutes," she continued.

“When I got out of the shower I ferociously scrubbed my face using cleansing wipes.

“It started to fade a little bit but you could still see it – just not as prominent as in the picture but still very patchy.

“A friend recommended a foundation so I went into town with a scarf wrapped around my face to hide it.

"The make-up worked but, because of being on stage under the lights, I did have to keep topping it up every so often." 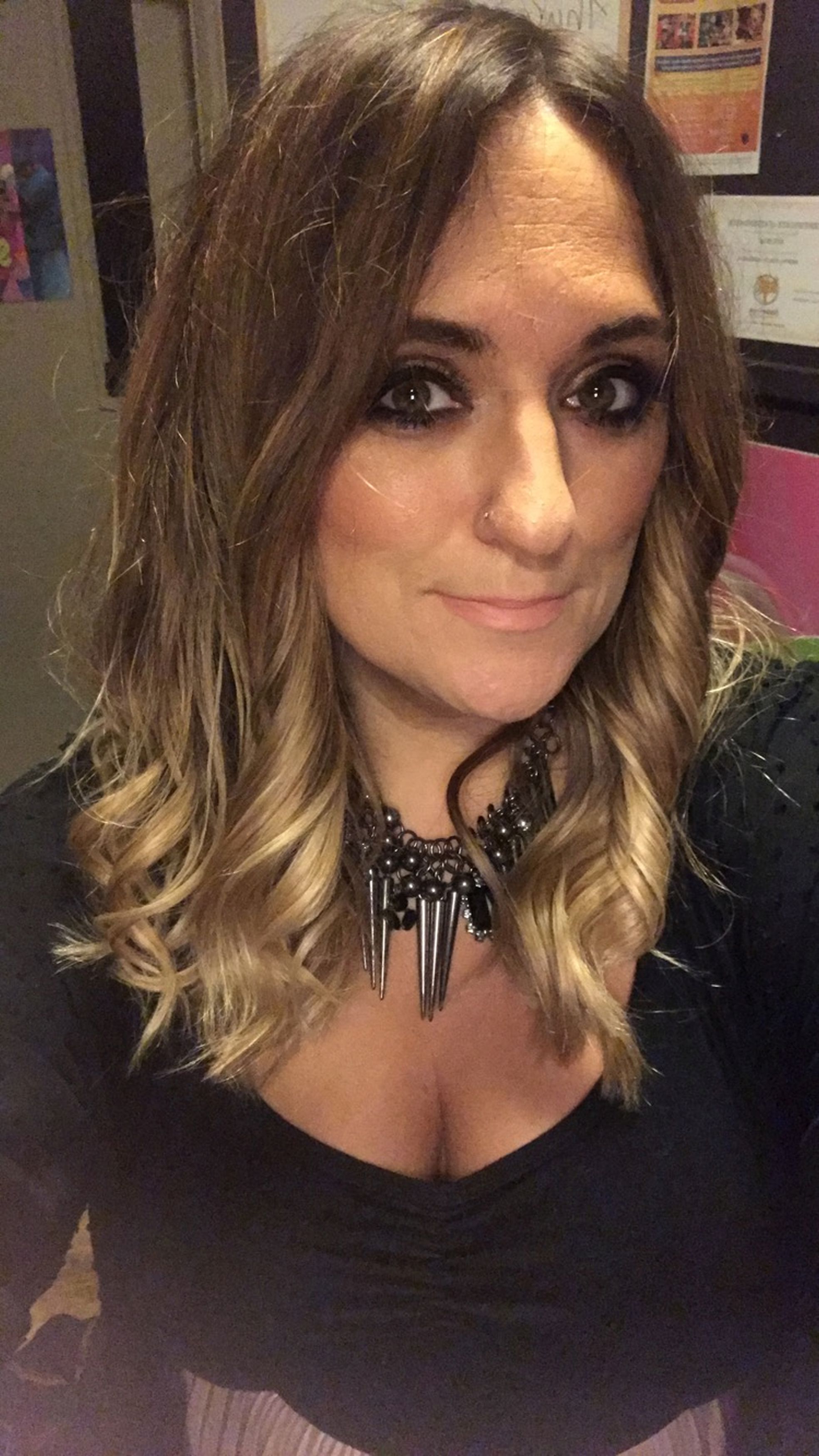 Louise explained that finally, the patchiness wore off, explaining the rest of her body looked great.

“It’s a good brand and the rest of my body looked great – really lovely and tanned, it was obviously the fact it got wet on that bit of my face that caused the problem," she said.

“My son was mortified when I put the picture up on social media but I reckon if you can’t laugh at yourself, who can you laugh at?”

Earlier this week, we told you about the £8 fake tan eraser that gets rid of streaky marks and orange hands in minutes.

We also revealed Nip and Fab is having an epic 75% off sale… and you can snap up full-sized cleansers and toners for just £5.

And we showed you beauty fans are raving about a fake tan that claims to reduce spot scars, blackheads and rough skin.