AN 'EVIL STEPMOTHER' has had her entire torso tattooed with a scene from the Lion King – depicting her child as baby Simba while showing her three step-children as the HYENAS.

The shocking body art was shared to a Disney shaming group on Facebook and members couldn't believe their eyes. 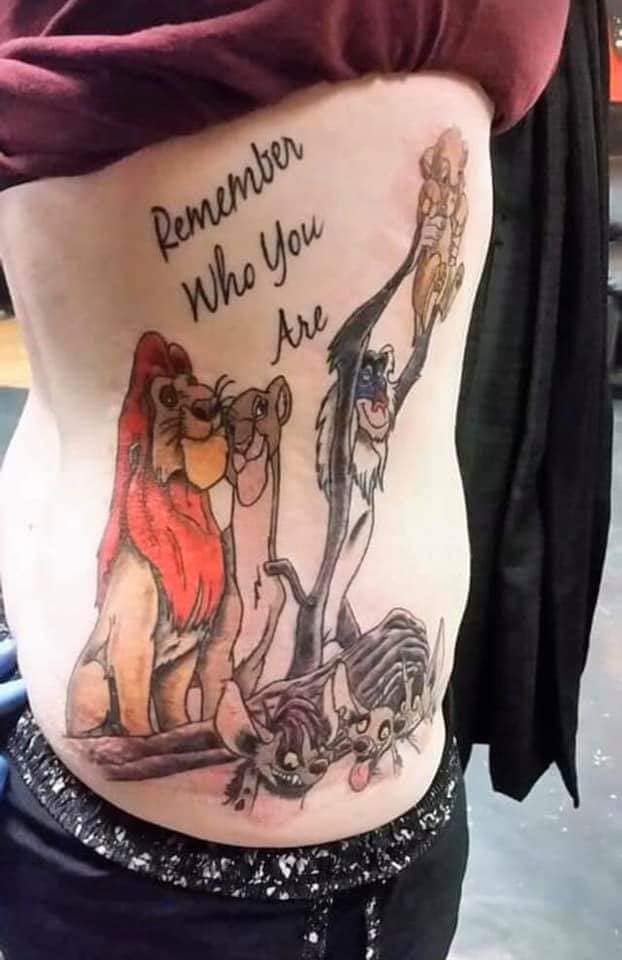 The startling picture shows a woman lifting her top to reveal the right hand side of her torso.

Emblazoned across her skin is elaborate artwork depicting the famous scene from the Lion King where Rafiki presents baby Simba to the animal kingdom in front of his proud parents.

Below the baboon – with the cub in his hands – are three hyenas pulling silly faces, and above the scene is written 'remember who you are.'

At first glance it just looks like a diehard Disney fan got a tattoo in tribute of their beloved franchise. 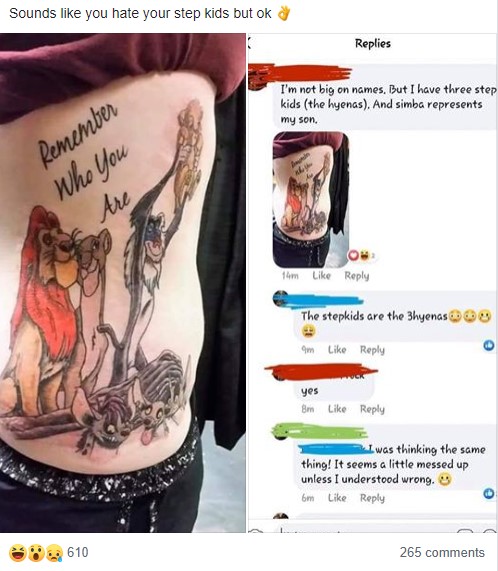 But on closer inspection the image hides a much darker message.

The anonymous woman in the pic explained: "I'm not big on names.

"But I have three step kids (the hyenas.)And Simba represents my son."

And group members couldn't believe what they'd just seen, one asked "What the F? Ugh."

While others, quite ironically, compared the Disney lover to another of its famous characters – Cinderella's evil step mother. 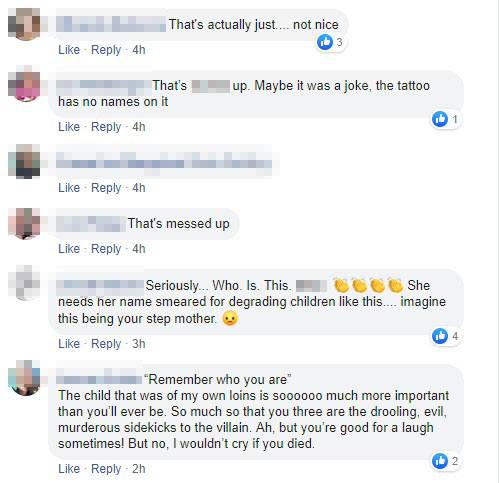 One wrote: "Wow. So being obsessed with Disney, she should be well acquainted with the idea of a wicked step mother. What a s*** person."

And another noted that it "sounds very much like an evil step mother situation."

Before adding: "Shame on her."

Others blasted the tattoo and its meaning as "messed up" and " not nice."

And so shocked was one offended group member that they wrote: "Seriously… Who. Is. This"

"She needs her name smeared for degrading children like this… imagine this being your step mother."

In other parenting news, we told you about the savvy mum who saves £100 a month by batch cooking with cut-price meat and veg."

We also revealed how a "genius" mum took modem on a family day trip after teenagers refused to go.