A mum of 'one in a million' identical twins sisters with Down’s Syndrome claims she was told to have an abortion SIX times.

The mum-of-four reveals that she was bombarded with condolences for her children’s condition before they were even born. 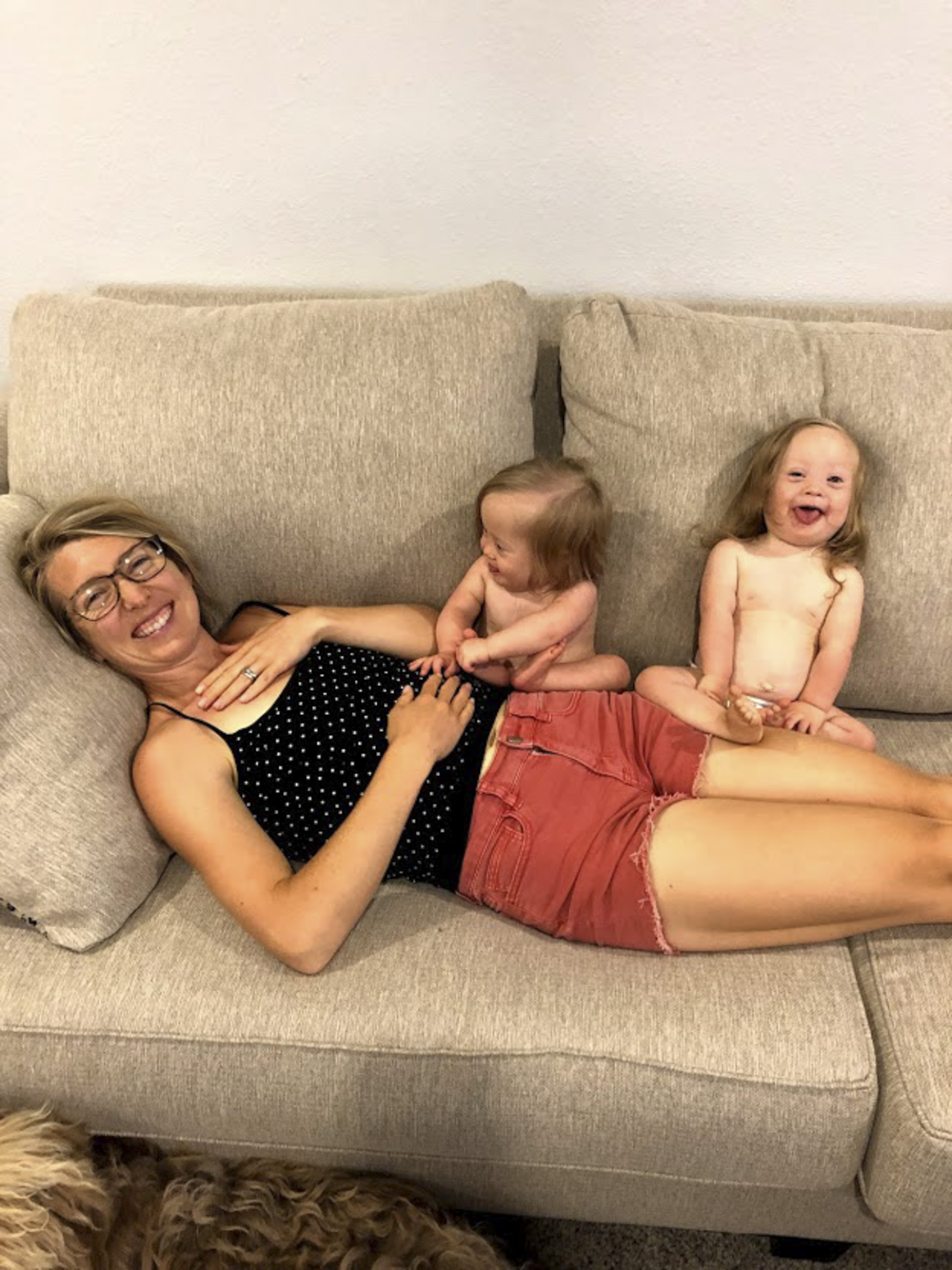 Rachel Prescott, 39, and husband Cody, 32, were told their twins would probably need open heart surgery straight after birth due to congenital heart disease just a few months into her pregnancy.

And they were left feeling confused as to why doctors seemed more concerned that the tots potentially had Down’s Syndrome.

But the stay-at-home mum and trainee pilot Cody were ecstatic to meet their newborns, who were diagnosed with Down's Syndrome at birth in 2018, and were just relieved they survived the birth.

Rachael describes her twins as her miracles, as the odds of having identical twins with Down's Syndrome are one in a million. 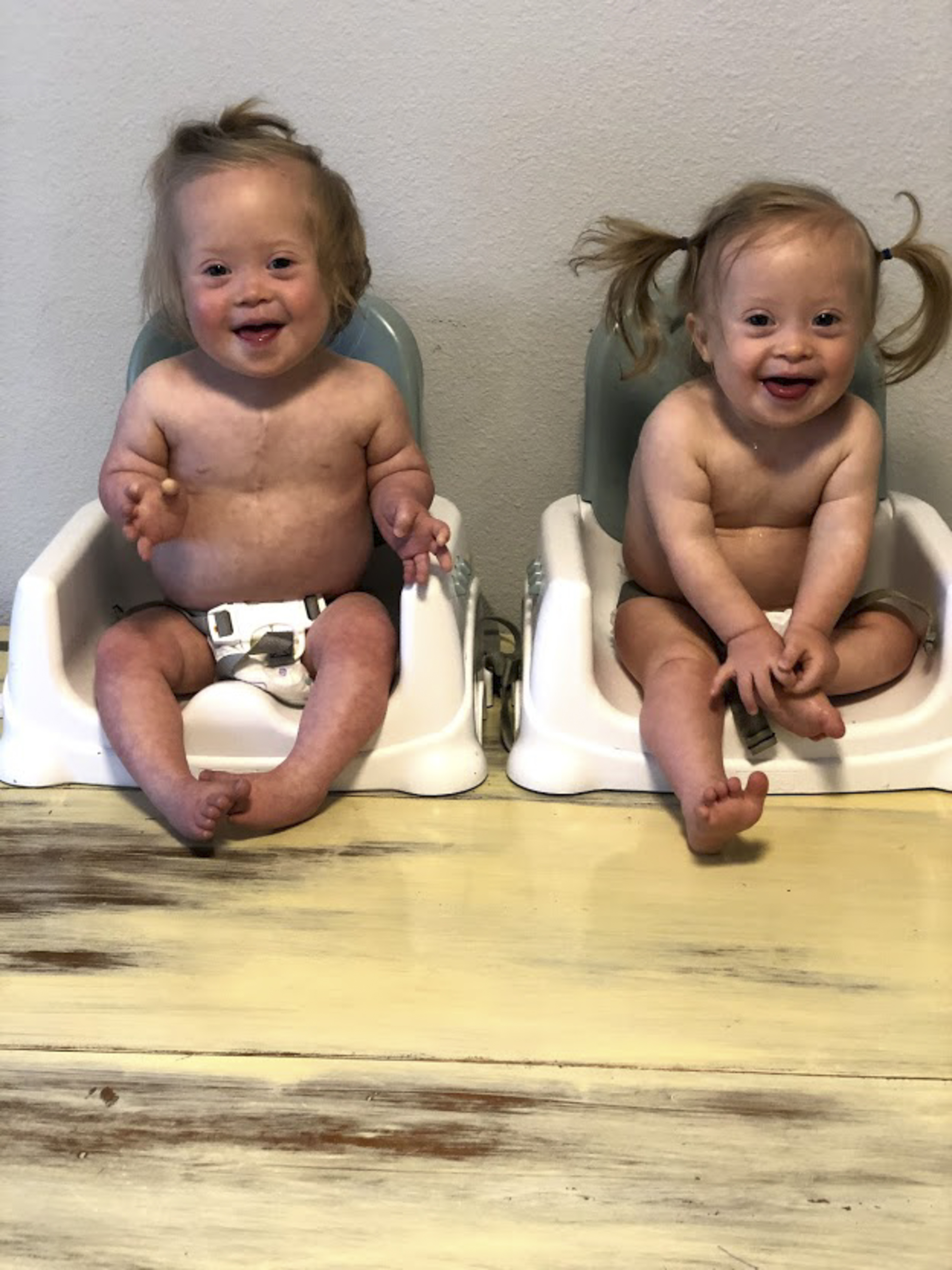 Rachael, from Monmouth, Oregon, US, said: “At my first prenatal appointment at around eight weeks, six specialists took turns reviewing the scans and presenting the same results.

“We sat through similar spiels from each, mystified at their concerns over whether our girls may have Down's Syndrome, when they without a doubt, did have serious heart defects.

“Information on navigating their cardiac situation was dwarfed by the push for genetic testing and possible means of abortion.

“I wanted to explain how far I was from desiring to end my pregnancy, but at that moment I could only sit in silence.” 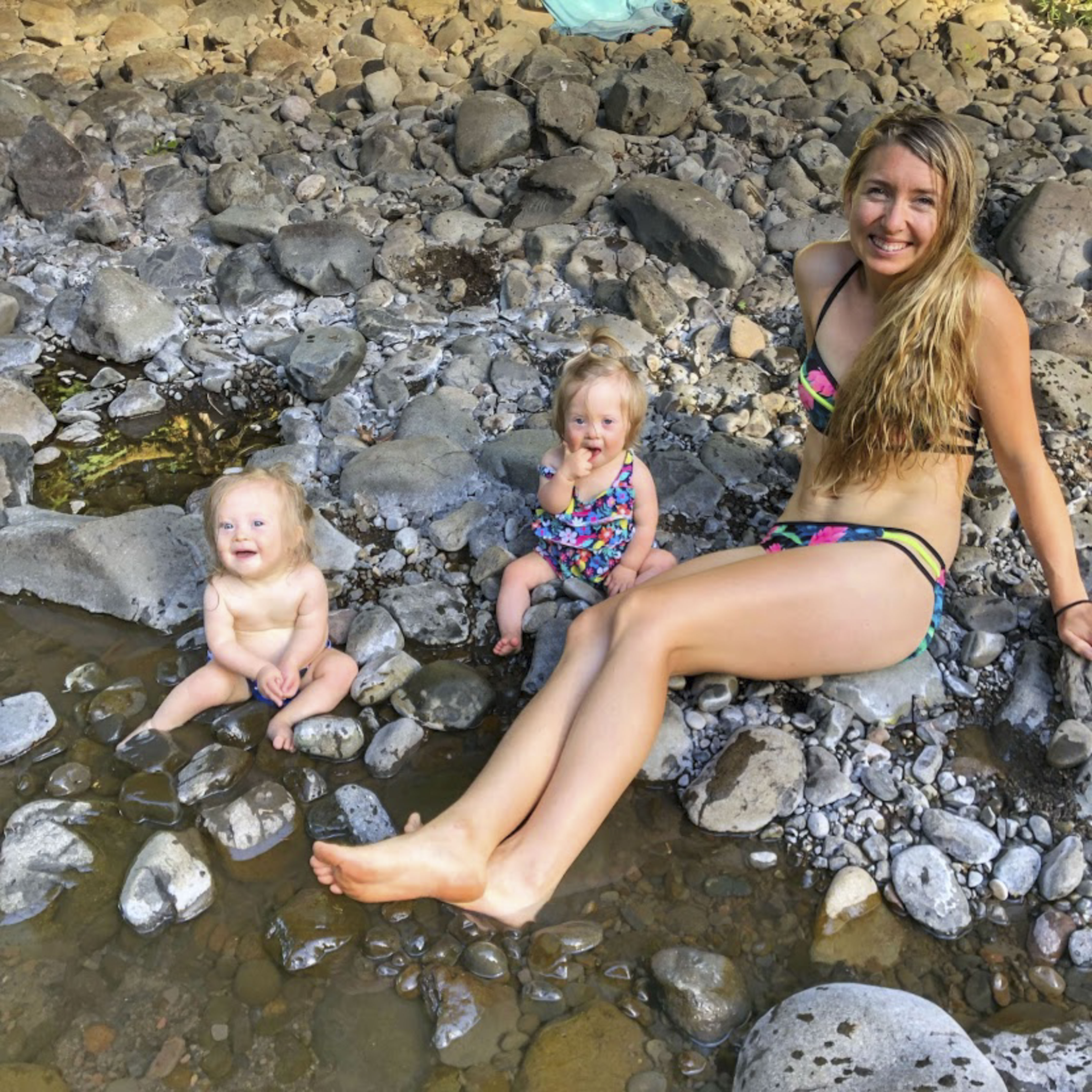 Mum-of-four Rachael said right up until the birth of her twins, even after emphasising her excitement at the thought of adding two extra members to their family, medics continued to express their concerns that they may be born with the condition.

Rachael and Cody were offered further testing to find out if the girls had Down's Syndrome before they were born but refused, claiming they didn't care what the results were, despite six different doctors suggesting they terminate the pregnancy.

Charlotte and Annette's condition was confirmed when they were diagnosed at birth and Rachael's research found the girls were likely to suffer medical complications throughout their lives. 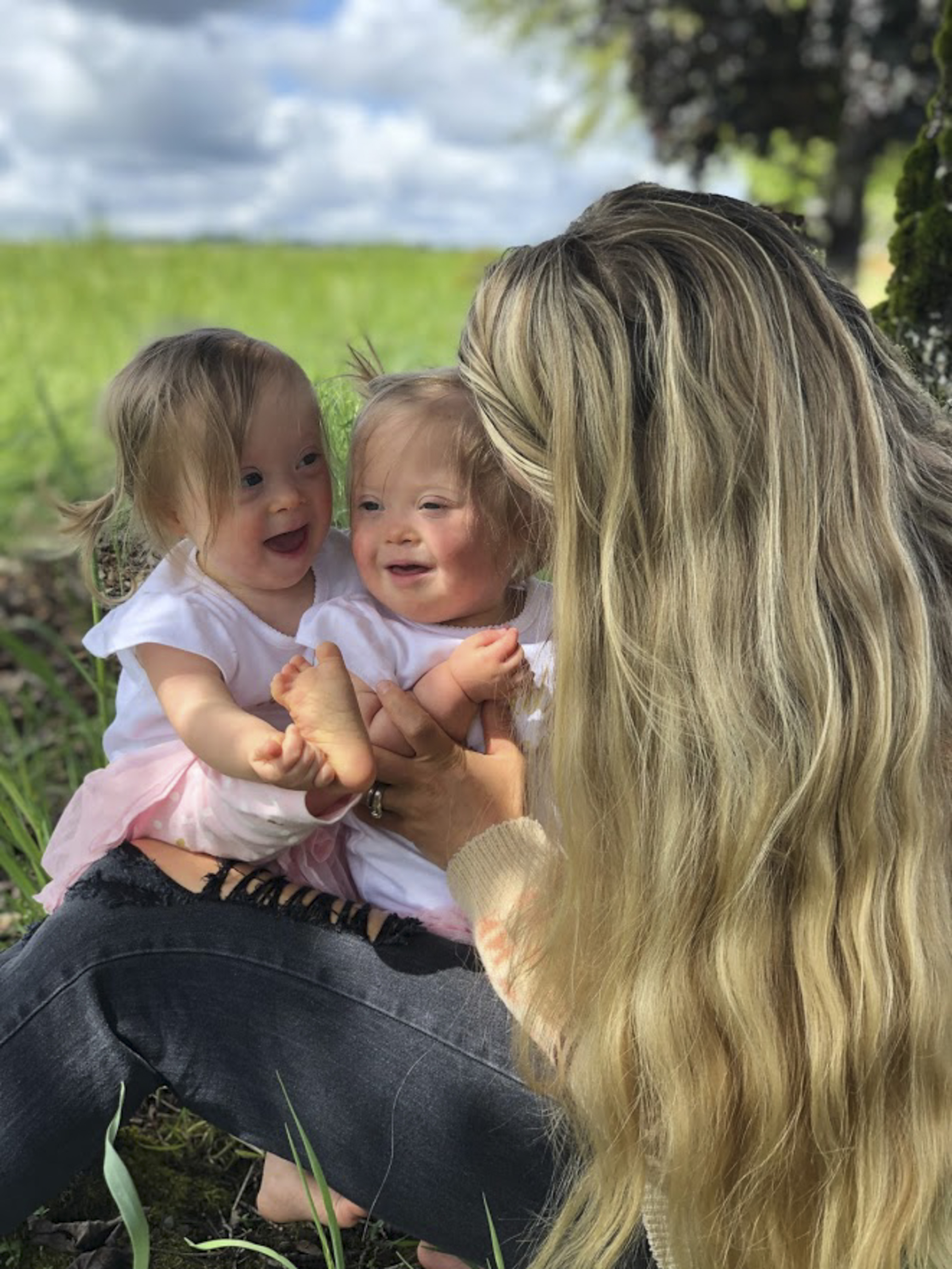 Charlotte underwent open heart surgery six months after she was born, but fortunately, Annette was born with no heart defect at all.

Rachael said: "We came to grips with congenital heart disease and when they were born, we celebrated the news of a confirmed diagnosis of Down's Syndrome.

“Doctors usually suggest that twins are born by c-section because it can be risky but our prayers had been answered for a natural birth and two babies not needing to be rushed away to an operating table.

“We were so grateful and relieved. Those surrounding us however, approached the topic of Down’s Syndrome with timidly." 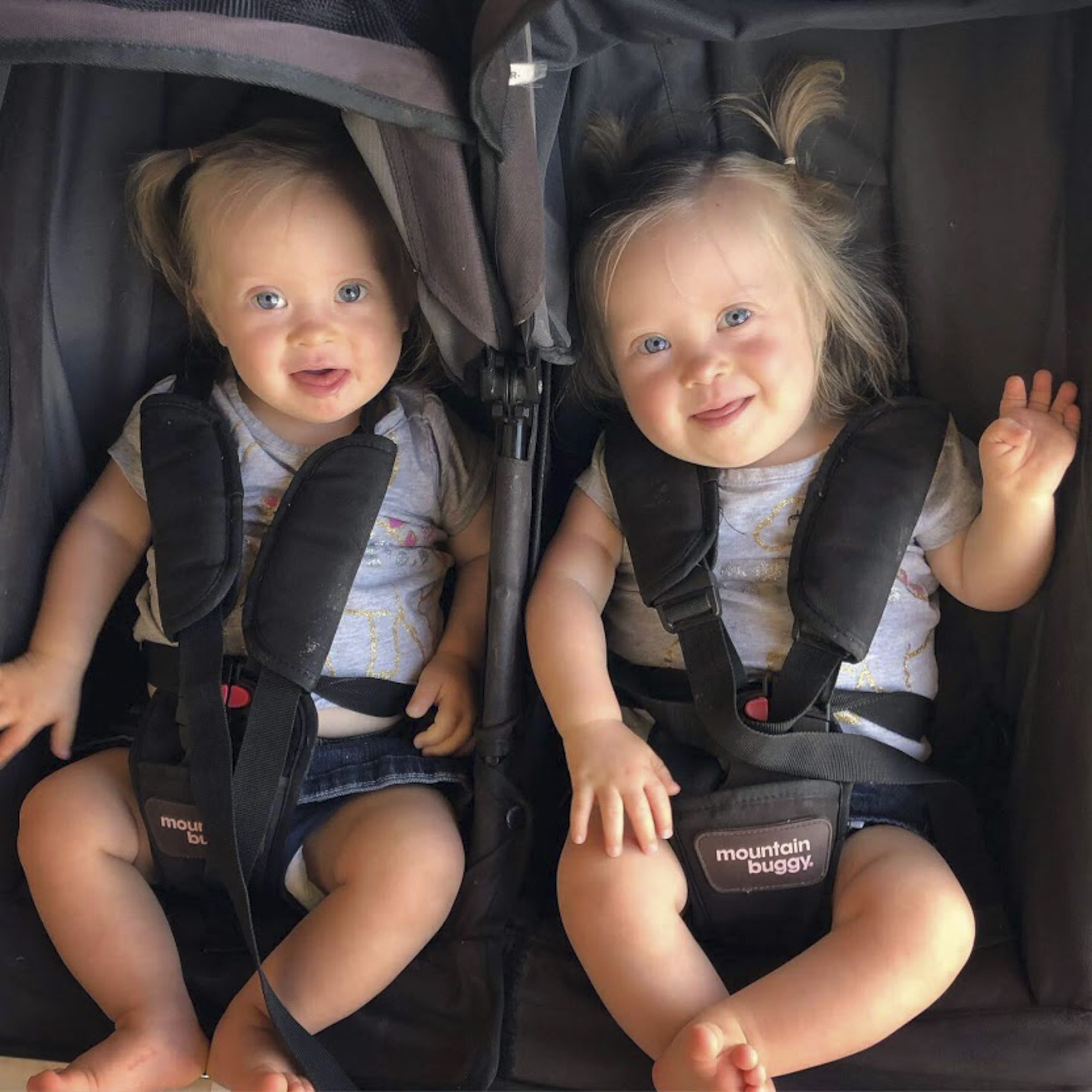 She continued: “It was assumed that we were grieving but we quickly assured them the lack of sadness or grief in our hearts concerning our beautiful, breathing, moving, hearts beating, baby girls, and their extra chromosomes.

“After the girls were born, we excitedly dove into all things Down’s syndrome.

“But during long nights of pumping sessions, I read book after book on Down’s Syndrome and I was increasingly saddened to find myself slammed into chapter upon negative chapter of advice regarding grieving, social and family tolls and every probable medical complication under the sun.

“I realised even within our rapidly progressing society, human rights for people with Down's syndrome are primitive, at best and medical professionals connect social prejudices to Down's syndrome so it presents as a negative occurrence to parents." 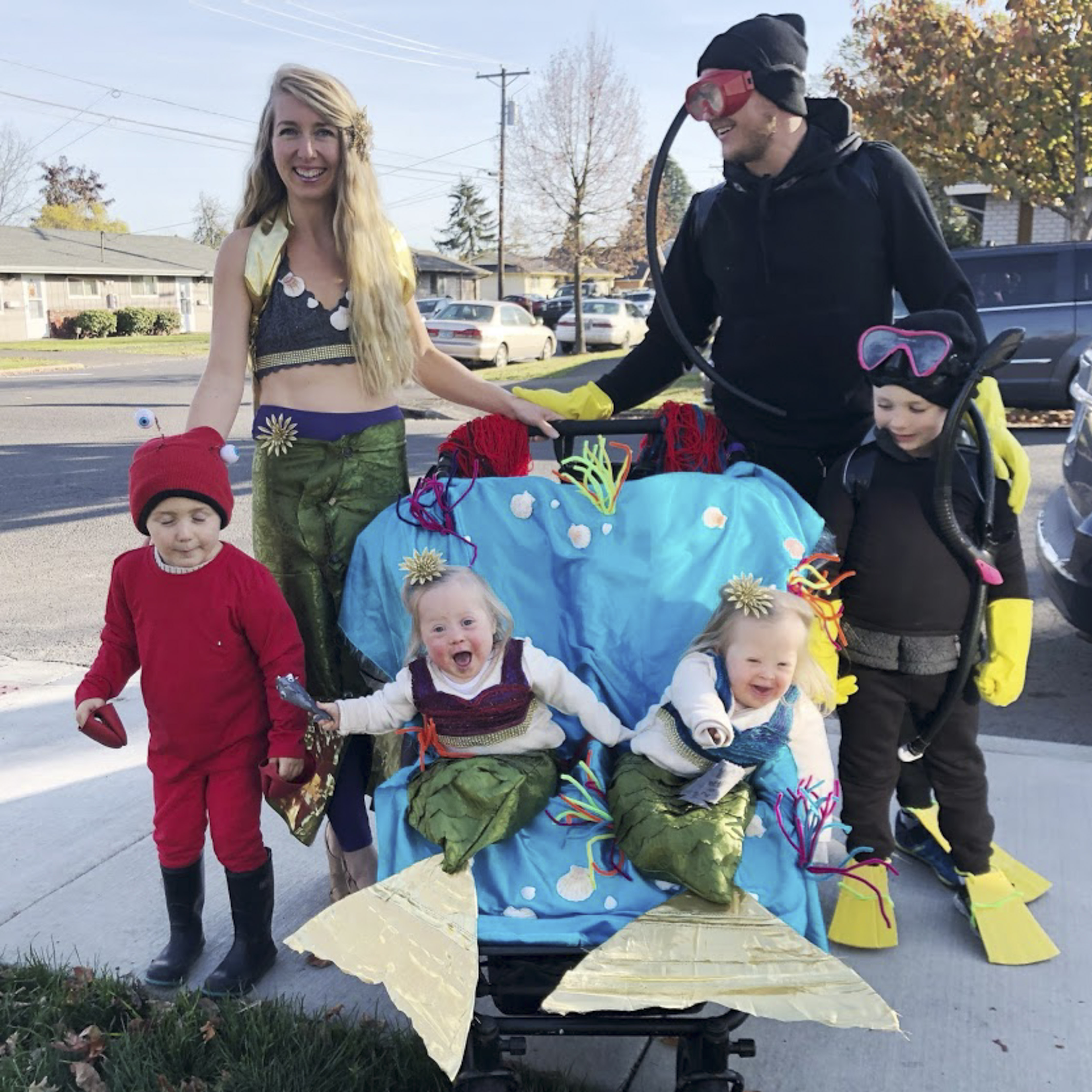 Rachael, also mum to Easton, six, and Hudson, four, is now speaking out to encourage parents and medics to look past their children’s condition and embrace them for who they are.

Rachael says although Annette and Charlotte are smaller than they should be and developing slightly slower, they are no different from any other one-year-old in many other ways.

She said: “Our girls teeter around, taking their own steps, giggling and exploring every inch of our living room.

“They love to play with their big brothers and love their fluffy dog, Max. 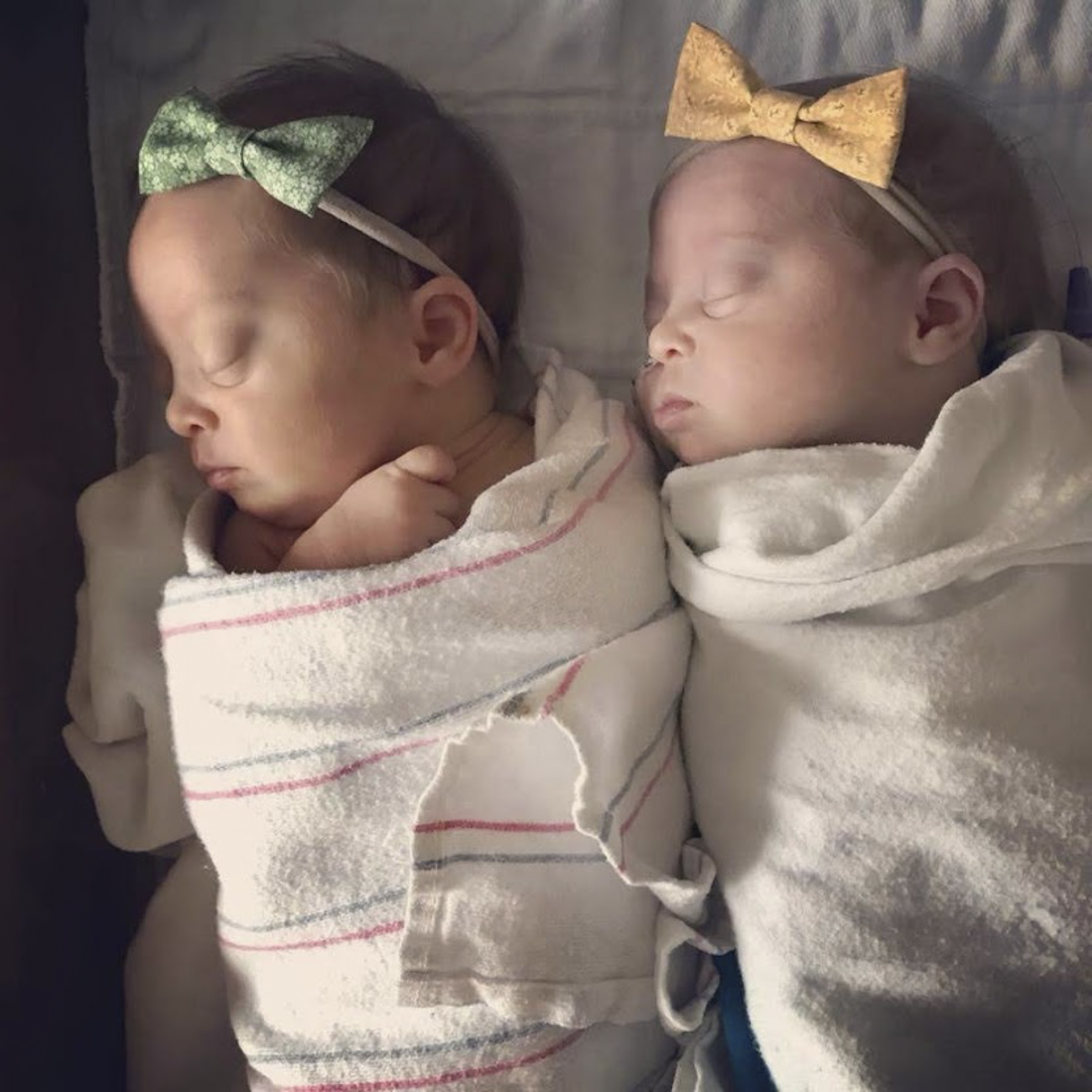 “They have begun the typical sister squabbles over toys and sippy cups, yet snuggle up together in their shared crib each night in complete love.

“Witnessing this bond, between all of my children as they learn and grow, is my favourite part of being their mum but in these first two years, we’ve become aware of the negative stigma towards Down’s syndrome.

"All children are likely to get illnesses and injuries, not just children with Down's syndrome.

“The stories of mourning and grief far outnumber parental accounts of delight and joy. 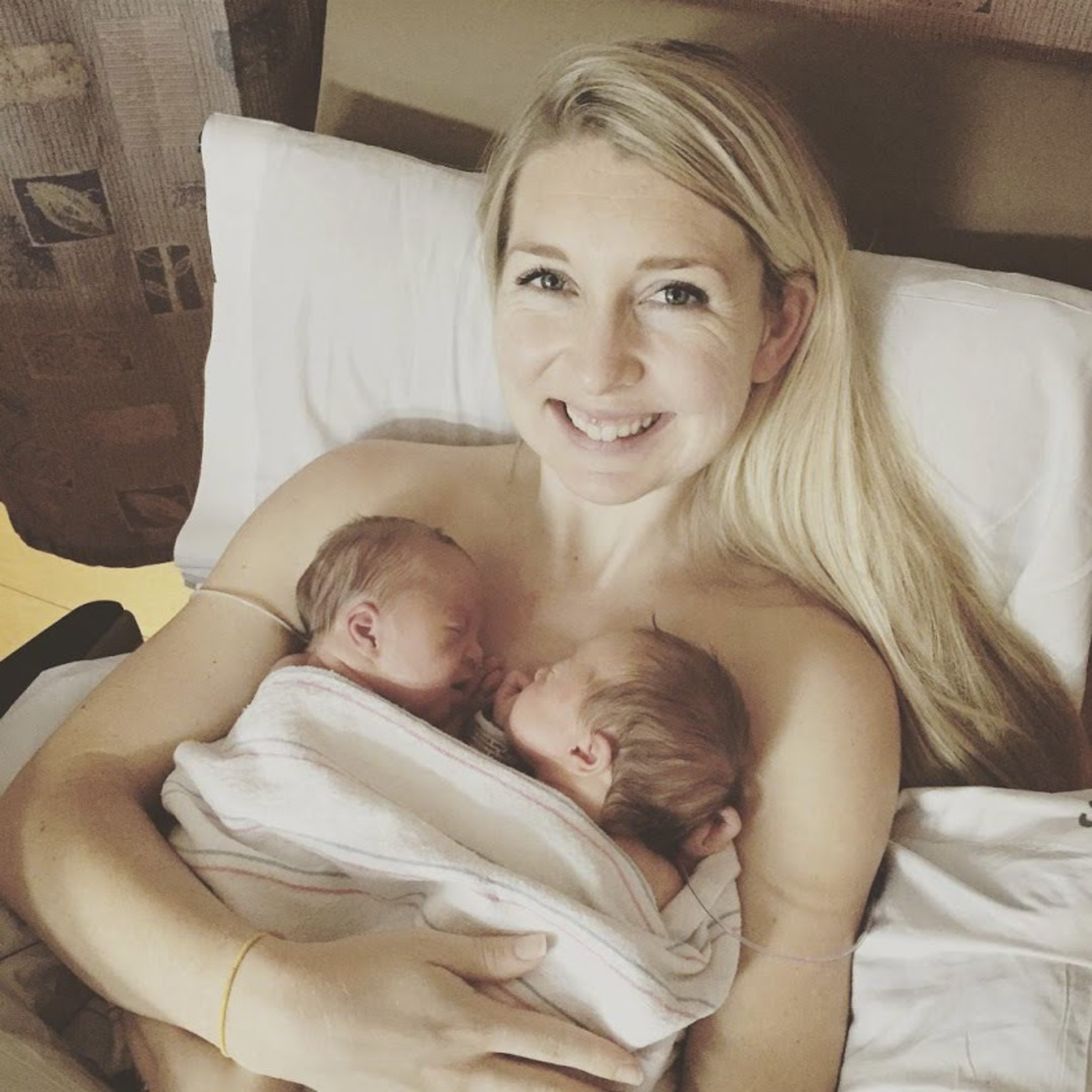 “We hope in the future, to direct expectant parents away from false preconceptions, and towards what we have found to fill us with so much joy.

“The crazy love we have for our girls surpasses any emotional strain resulting from their medical needs.

"I would still undoubtedly, choose my children just as they are.”

In other parenting news, we told you about the woman who's waters broke at 17 weeks and doctors told her to have a termination.

Plus one mum's Christmas wrapping hack being ridiculed by other mothers.

As well as this thrifty mum who made a fake fireplace to hang stockings on this Christmas for just £10.