“IT’S complicated” is a phrase many women in their twenties or thirties will be familiar with when describing their relationship status.  With the average bride in the UK now aged 35, the traditional “married, single or other” categories do not quite cut it for most of us.

This is Generation Slow Love, according to anthropologist and neuroscientist Dr Helen Fisher. Dr Fisher has written a book, Anatomy Of Love, and has given online talks on the subject.  She describes Slow Love as an extension of the “pre-commitment” stage of a budding relationship, which can involve friends with benefits and casual sex. 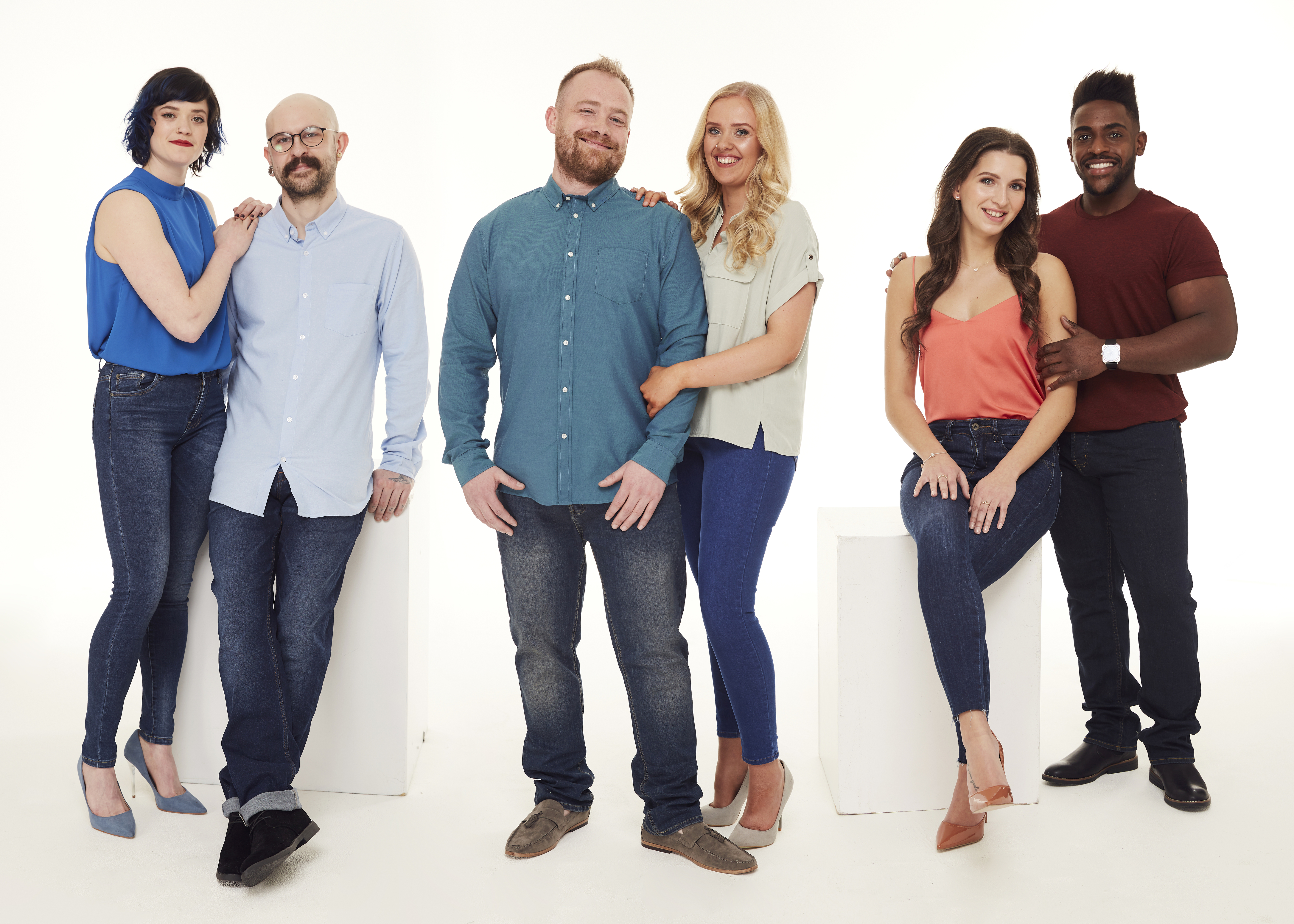 She explains: “In times gone by you were either dating or you weren’t. But now couples tend to take much longer to get to know each other properly and engage in a whole host of pre-dating rituals.”

CLAIRE DUNWELL talks to steady couples who have dated for a while but are still regarded as being in the pre-commitment relationship stage.

RECEPTIONIST Phoebe Knight, 26, and boyfriend Dann Werr, 31, a fabricator, have been together three years but still use dating app Tinder. By seeing other people, they say they are making sure they are right for each other in the long-run. Phoebe, who lives with Dann in Deptford, South East London, says: 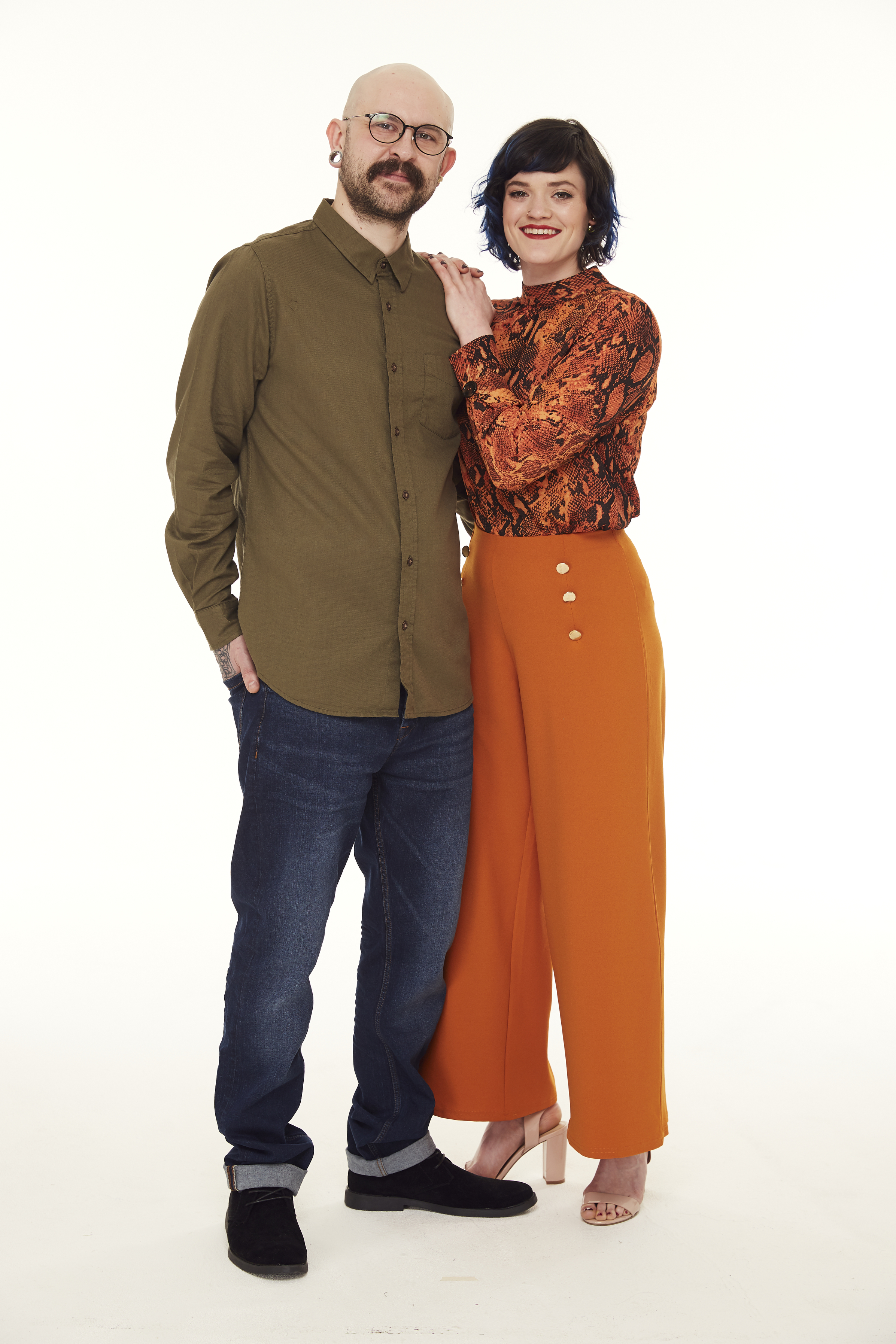 "I  am not ready for my relationship with Dann to put a block on meeting other people. We met through a dating app and I want to be absolutely sure he is The One. Although I have lived with Dann for six months, I have never stopped using Tinder. It says on my profile that I am in a relationship. Dann and I are open and honest about what we do.

That’s why our relationship works as well as it does. By going on dates, I know I am keeping my options open, but Dann knows where he stands. He is the one I come home to every night and I spend more time with him than anyone else. I just need to be sure he is the one for long-term.

I have had sex with people I have met through Tinder but I have also made good friends. When I get home from a date, I tell Dann about how it went and vice versa. Our relationship works because we don’t keep secrets and if either of us feels jealous, we talk it through so resentment doesn’t build up. We have talked about going on double dates, which would be exciting.

I’ve got to know Dann better by seeing the types of women he dates on Tinder, which makes our relationship stronger. My plan is to settle down and have kids eventually and although I can definitely see a future with Dann, I’m not in any rush to make it happen. DANN SAYS: “Our relationship is great, and variety really is the spice of life. It’s comforting to know I can go wild trying something new and have someone I love to chat to about it to before and afterwards.

“Me and Phoebe talk about everything. When Phoebe goes on dates, I get a real kick of joy when she shares all that with me. Occasionally, there is a pang of envy, but I know she gets that too. Sometimes we sit and have a giggle going through Tinder. We have quite similar tastes, which is funny.

“Taking our relationship slow has definitely made us stronger. Long-term, I like to think we’ll stay together. Strict monogamy can be quite suffocating, and our love for each other is about more than that.

“We’re best pals, and I think having a happy and excited partner beats the typical expectation of couples getting super serious so quickly.”

FULL-TIME mum Amber Burton, 27, has been with Chris Simpson, 34, a heavy plant operator, for five years. They have a son Oscar, ten months.  Chris lives a short drive from the house Amber shares with Oscar in Stapleford, Derbys. Amber says: "Chris and I have tried living together but it didn’t work out. We had been a couple for two years when we rented a house together.We thought we were ready for the commitment. It was good at first but the excitement wore off. We started getting under each other’s feet. We were thrilled when I got pregnant with Oscar but that was when the cracks began to show.

We both felt we had rushed into too much at once. Being in one another’s space all the time didn’t make either of us happy. We argued constantly so we both decided it would be better for our relationship if we lived apart. After two years under the same roof, Chris moved out. Oscar was five months old so it was a big decision.

We both know it was for the best because Oscar deserved happy parents. As soon as we separated, the pressure lifted. It felt like we were dating again, and the excitement came back. Chris comes over most nights and I take Oscar for a sleepover at his house every weekend.

We have date nights and cook for each other and enjoy taking Oscar to the park and swimming. We do everything a normal couple do but we just don’t live together. Our set-up is unusual, but it works. We haven’t ruled out living together in the future, but we want to be totally sure before we try again." 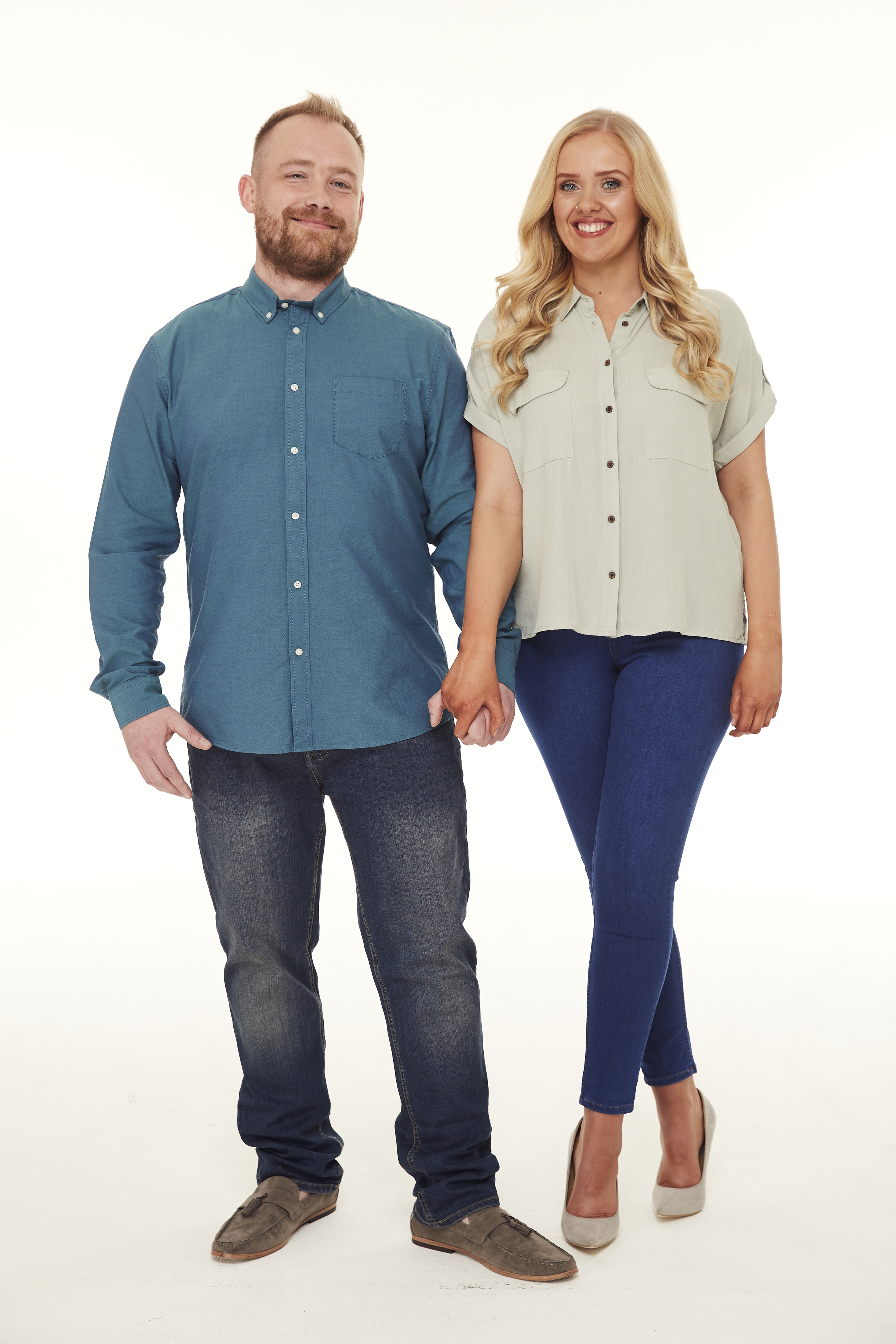 CHRIS SAYS: “When I moved in with Amber three years ago, things were really good and exciting. But after a few months, the excitement wore off as I am sure happens with most couples. It was nice living under the same roof because we enjoy doing things like cooking together. But when we started arguing a lot, we hated it.

“Now we live apart our relationship is much stronger. We get excited about seeing each other and do things normal couples do. It is hard not being with Oscar all the time, but because I work full-time I would still miss out on seeing him.

“This way, I get to spend quality time with Amber and Oscar. We hope to move back in together in a few years when we are both ready. Living together is something we both want to happen eventually, but we will not rush into it. It must be the right time.”

MODEL Sandra Wioletta, 22, has lived with pilot Charles Junior, 25, in Essex, for 18 months but they do not call each other boyfriend and girlfriend. Sandra, who met Charles in the gym three years ago, says: 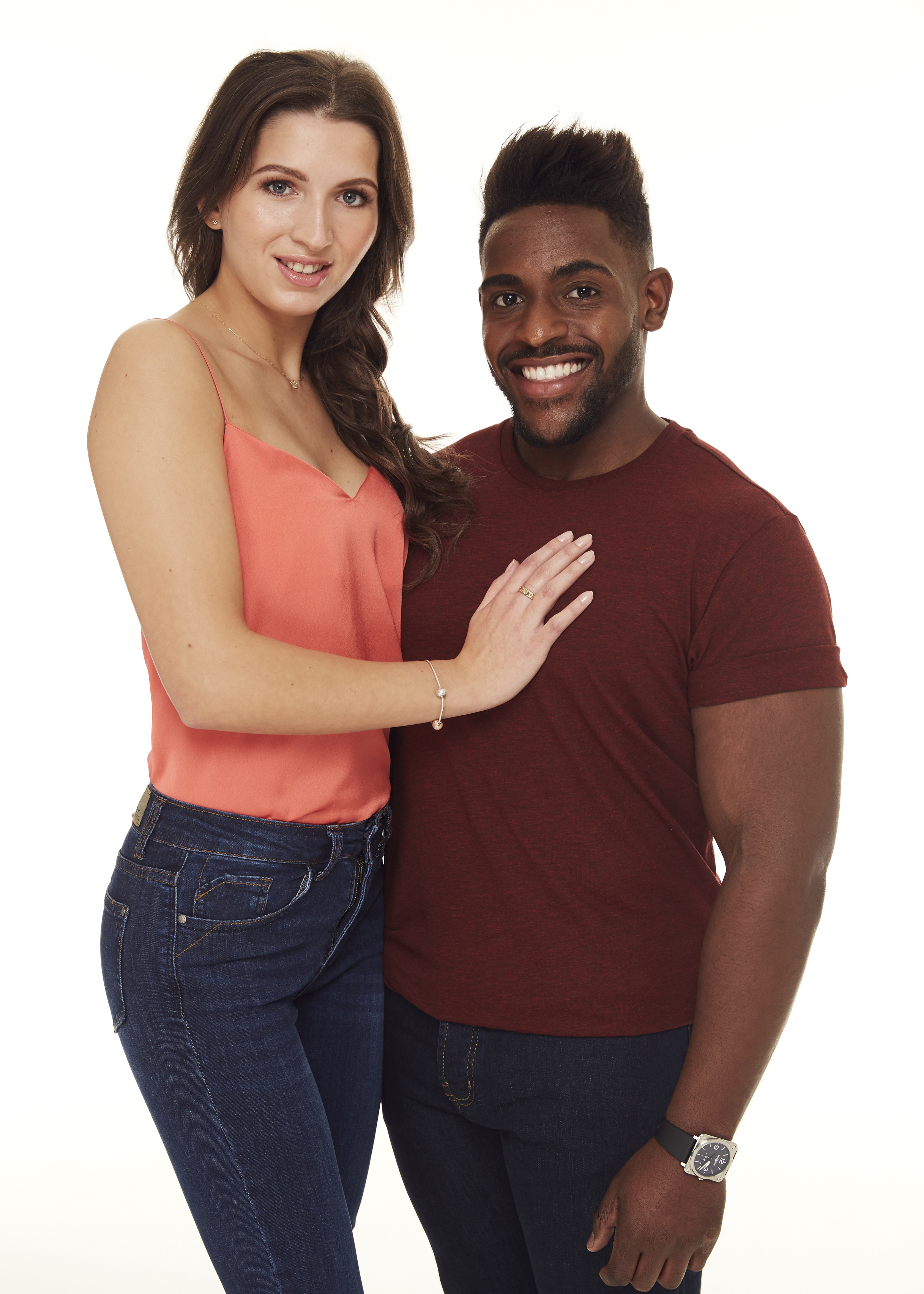 "Although I live with Charles and we share a bed, we don’t put a label on our relationship. As soon as that happens, there are too many expectations. Neither of us feels it’s the right time to fully commit to each other and we like the freedom. We are both very career-driven and, for now, work comes before relationships.

Charles works away a lot and we are lucky if we get to spend a few days together each month. Our schedules are different and we don’t know where we will be from one day to the next. We tried being a proper couple when we first met, but we were busy living separate lives. It wasn’t working. Charles didn’t have time to be there for me as a boyfriend would be, so we slowed things down.

If I am busy with work, I focus on that. I don’t want the worry of keeping a boyfriend happy. Eighteen months ago we both relocated for work from Southampton to London and needed somewhere to live and chose Essex. It made sense to move in together rather than live with strangers. When Charles is home, we have a good time together.

We are more than flatmates but if he finds someone else who makes him happier than I do, I wouldn’t have a problem with it, although since meeting Charles I haven’t dated anyone else. We will see where things go. Maybe in time we will skip the boyfriend and girlfriend stage and just go straight to marriage. 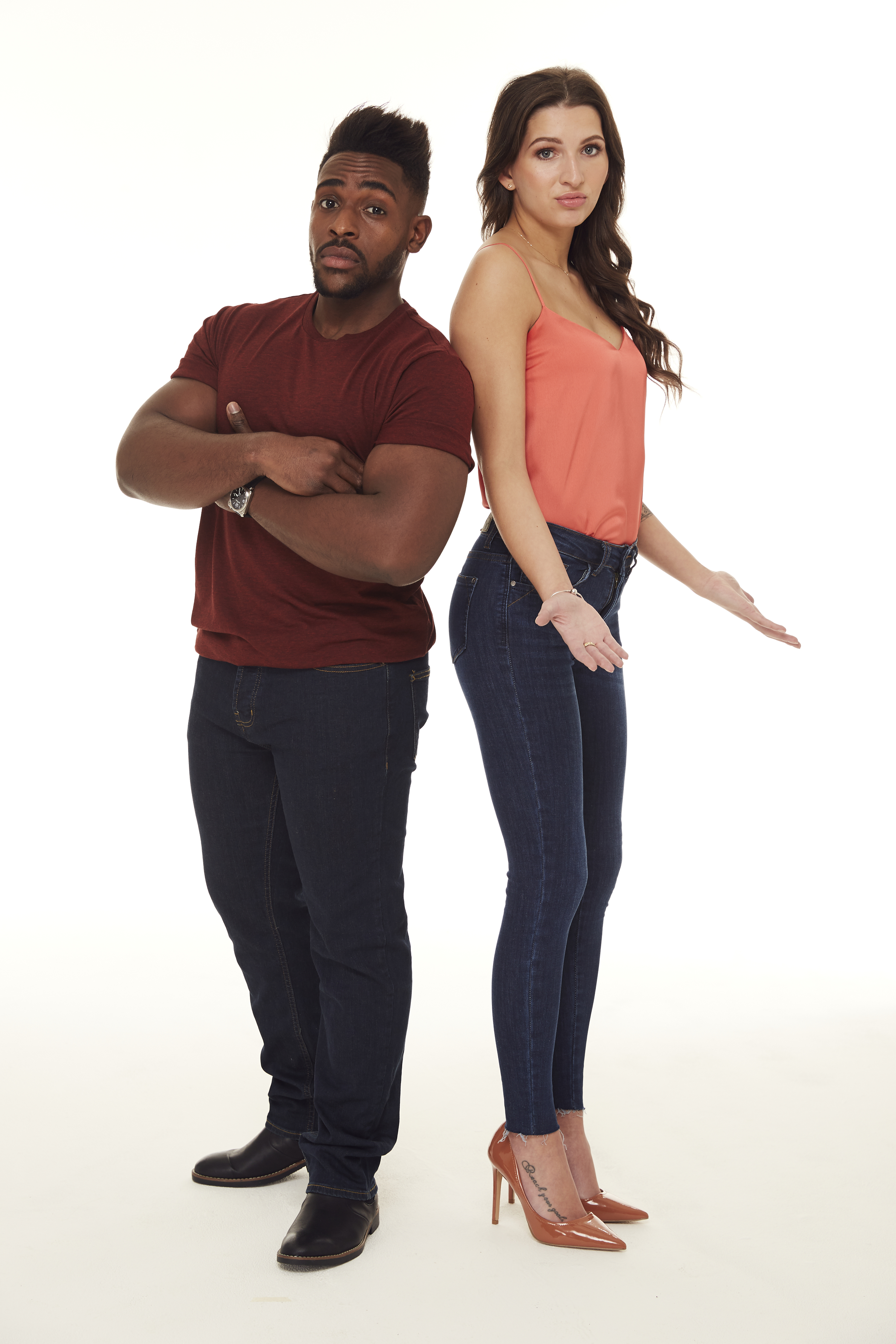 CHARLES SAYS: “Although it’s unconventional, it works for us. I never know where I will be from one week to the next, which wouldn’t be fair on Sandra if I was her boyfriend. I would feel under pressure while I am away from home to be there for Sandra and my career comes first for now.

"In a couple of years, I might feel differently about it. Sandra can’t depend on me as a boyfriend, and in my job I can’t let myself be distracted. Although I don’t call myself Sandra’s boyfriend, I am a jealous person and I wouldn’t like it if she said she had found someone else.

“I haven’t been with anyone else since meeting Sandra. If the time comes when I am in a job where I get home every night, we might fall into something more serious.”