Among the few notable things about this year’s Golden Globes was that so many women dispensed with long curling-ironed hair or chignons or whatever other frippery and just chopped it. Saoirse Ronan had a lob, or “long bob,” styled by Ben Skervin. Claire Foy: mini-bob. Alison Brie: terrific mini-bob. Lobs, too, for Lucy Boynton (“Bohemian Rhapsody”) and Irina Shayk, a model.

This major bob moment comes exactly 100 years after an avalanche of women — 20,000 per week, according to the Women’s Improvement League — scandalized the world by cutting off their waist-long, painstakingly coiffed Gibson girl dos.

They chose instead an ear-grazing crop cut that until then had been worn only by willful, freethinking renegades — Bolsheviks, the Bloomsbury set, the up-and-coming Coco Chanel, Greenwich Village radicals, the fashion-forward ballroom dancer Irene Castle, who catapulted the bob into the American mainstream.

Already alert to cultural disruptions, F. Scott Fitzgerald, then 22, promptly wrote a short story, “Bernice Bobs Her Hair,” about the power of this new haircut on a hapless girl from Eau Claire, Wis., sent east to acquire social skills. Faced with taunts and dares, she marches into a barbershop, gets a bob and overnight is transformed into a ruthless, avenging, slash-and-burn Jazz Age vamp. 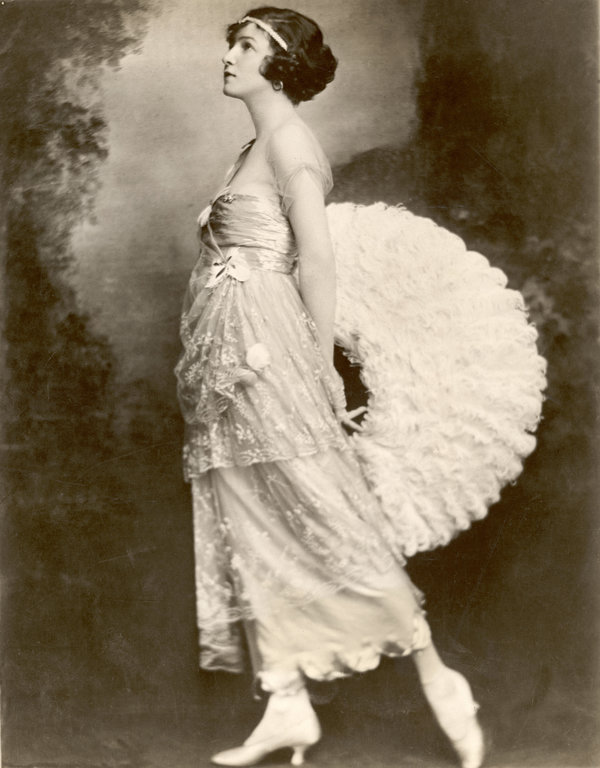 Fitzgerald was prescient about this as so much else. The bob, while now a classic, has never quite lost its unladylike insouciance. Even today, “switching to a bob is a little bit like giving the finger,” said Yves Durif, the New York hairstylist.

As if on cue at the start of 2019, this cheeky haircut has resumed its role as a take-no-prisoners rebuke to those long tresses, cascading below the shoulders, that have dominated the opening decades of the 21st century.

Ahn Co Tran, a hairstylist with a salon in Beverly Hills, said he cuts “oh my God, ever so many bobs.” They’re not a deluge (yet), but more and more are happening in the larger cities.

“We’re seeing a turning away from hairdressing and a resurgence of hair cutting,” said Peter Gray, a stylist in New York.

This despite what may be an ingrained American partiality to long hair, versus what Michel Obadia, a Moroccan-born veteran hairstylist in New York, called “a European preference for short hair generally and the bob in particular.”

“American women want to be beautiful,” Mr. Obadia said. “European woman want to be stylish.” In fact, according to Wendy Iles, a stylist in Paris whose clients have included Marion Cotillard and Léa Sedoux, “the bob defines Frenchwomen’s hairstyles.”

“It’s quite a statement to have a bob,” Mr. Skervin said. “You’re either drawn to the bob or you’re intimidated by it. But you own it.”

For decades, this abbreviated haircut has been essentially owned by two of the most important figures in the fashion world: Anna Wintour and Rei Kawakubo. But they have been joined of late by Rihanna, Keira Knightley, Jennifer Lopez, Jennifer Lawrence, Taylor Swift, Sandra Bullock and Taraji P. Henson. When Gabrielle Union cut hers last spring, Allure documented the occasion.

Even Elizabeth Prelogar, a Russia expert who is on the team of the special counsel, Robert Mueller, has been seen in one.

What Makes a Bob?

The style is defined by its blunt edge, often angled longer in front, reaching somewhere between the earlobe and the collarbone. A versatile cut, it runs the gamut from the rigidly geometric Vidal Sassoon-esque structured ’60s bob to the contemporary textured bob, the asymmetrical bob and what Mr. Tran called “the disheveled, undone, unkempt, whimsical French bob.”

And then there’s the “hedgelike topiary bob, much of which is cut freehand,” as engineered by Mr. Skervin for Tessa Thompson’s November 2018 Essence cover. Not to overlook the Isabella-Rossellini-in-the-’90s bob, “blunt, but worn messy,” said George Norwood, a stylist in London.

And definitely not to overlook “the most inspiring bob of all,” according to Mr. Durif: “the quintessential sleek, cheek-grazing bob” belonging to the screen actress Louise Brooks, who “wore the look to perfection” in her 1929 film, “Prix de Beauté.”

“There’s a bob for everyone,” Mr. Durif said. And it suits all ages. “You see an older woman walk into a room wearing a short, chopped, graphic bob — already she’s won your confidence,” Ms. Iles said.

Then there are the bangs. Imagine Mamie Eisenhower’s housewifely 1950s fringe somehow transformed into a must-have subculture statement. That seems to be what’s happening with today’s sought-after blunt micro-bangs and slightly longer sharp-edge baby bangs.

“Bangs are for anyone who’s creative,” said Mr. Obadia, an owner of the Pierre Michel Salon for over 50 years.

Add-on bangs can be purchased from Amazon (eek). Or for those seeking realistic-looking human-hair bangs, the Angelo David Salon in New York customizes clip-ons tinted to match the wearer’s hair color.

There are several compelling reasons for the sudden bob surge.

No. 1. The damage factor: the need to cut off long hair that’s been weakened by years of extensions, said Marie Sigismondi, a colorist at the Pierre Michel Salon.

No. 2. The renegade factor: The bob’s progressive, in-your-face sass is alluring to progressives. It’s got #MeToo credentials. “It’s giving us a new view about what being feminine is,” said Ruth Roche, a hair-industry educator.

No. 3. The Batsheva factor: The bob is the perfect contrasting accompaniment to the Laura-Ashley-Gunne-Sax-inspired boho-prairie look that’s flourishing lately. It offsets the flounces and ruffles with needed current context. “A prairie dress with a modern bob — Wow!” Mr. Tran said.

No. 4. The artlessness factor: This blunt cut speaks eloquently, as no other hairstyle can, to today’s drive for authenticity. What is it if not a spiffier Buster Brown, the old-timey comic-strip character, never quite losing the impression that it was cut in the kitchen by a cost-saving parent placing a cereal bowl over the child’s head?

Tove Styrke, a Swedish electropop singer, said: “I like it when it’s really blunt and looks like I cut it myself. It feels so much like me.”

The bob appeals to those who want to “look like they’re not living by the usual standards, whose message is, ‘I’m not trying too hard,” said Holli Smith, who does hairstyles for the Balenciaga runway shows.

“My bob is romantic, edgy, artistic and so magical it could be fetishized,” said Isabella Lalonde, a media trainee at Christian Dior. “It’s a constant symbol of who I am, and it looks good even if I haven’t washed my hair in a few days.”

For those attracted to the bob’s bluntness but lacking the nerve to go jaw-length short, as well as for the multitudes who insist on keeping at least a rudimentary ponytail (even a stump), there’s a shoulder-length variant, popular for several seasons now.

Ms. Roche, the industry educator, isn’t having any of it. A purist, she called the lob “a cop-out. A lob falls to the collar bone, which is definitely below the shoulders! A bob, any bob, has to hit above the shoulders. It’s the space between the shoulders and the jaw that lets the bob look sharp and cool.”

Making a course correction, the latest bob permutation is the mini-bob, so ultra short that Mr. Tran called it “the ear bob.” Already it has been spotted on the aptly named Emily Blunt (just call her Mary Loppins), the models Hailey Bieber and Taylor LaShae, and thousands of civilians on Instagram. (Just keep in mind that this bob needs trimming every six to eight weeks, at most.)

Nick Arrojo, a hairstylist, has lately been cutting a number of mini-bobs at his salons in Manhattan and Brooklyn. “A shorter bob puts an emphasis on the face, on the individual. It changes the way you appear,” Mr. Arrojo said. “2019 looks very much like the day of the short bob.”

“All of a sudden, you see the shoulders,” Mr. Arrojo said.

The mini-bob, said Alexandra Efstratiou, a stylist at the Arrojo salons, “will be youth led before it trickles down to all age groups and suburbanites, but it’s definitely coming.”

“Color plays a major role in how a bob looks,” Mr. Skervin said. He is one of many stylists who welcome bold special effects on this hairdo: graduated color, for instance, and a technique known as slicing, which involves lightening full slices of hair rather than using the standard weaving technique in highlighting.

“With multiple colors sliced in, you get more dimension, more contouring,” said Marie Sigismondi of the Pierre Michel Salon, who has been tinting a lot of bobs in recent months.

“The use of color can make a bob look fabulous and fierce,” Ms. Sigismondi added. Her preference is for a darker top section and lighter color underneath. “That, rather than highlighting, gives dimension and variation.” And for a subtle but edgy detail, she darkens a crescent of hair at the nape of the neck, where the bob is shortest.

Inspired by the singer Dua Lipa’s bleached bob and the actress Jenna Dewan’s rich chocolate one, Michelle Sevilla, a pre-med student at Queens College, gets hers shorn at Coiffures by Genevieve in Franklin Square. “You don’t see a lot of short hair on Long Island, Ms. Sevilla said. “But a bob is edgy and inspiring; I stand out in it.”

It bespeaks a kind of sisterhood.

Riding the Hoboken PATH train recently, Ms. Lalonde, the Christian Dior trainee, spotted a female conductor who had the same devil-may-care floppy bob that she has. “We made eye contact and clicked,” she said. “It was a telling moment.”