Meghan Markle’s style has won her a legion of fans. Even before she was linked to Prince Harry, the then-actress was admired for her chic, fashion-forward approach to clothes.

While Kate Middleton is loved for her promotion of relatively affordable high street British brands and feminine style, Meghan has a more casual, street-style inspired look.

The Duchess of Sussex is a fan of denim, boyish shirts and structural knitwear.

She wears minimal bags and lashing of jewellery, making up a signature style for the royal.

Unafraid to don a pair of jeans and flats, the Duchess has made smart dressing down a staple of her public appearances, perhaps in a bid to keep the focus on her charitable focus, rather than her garments. 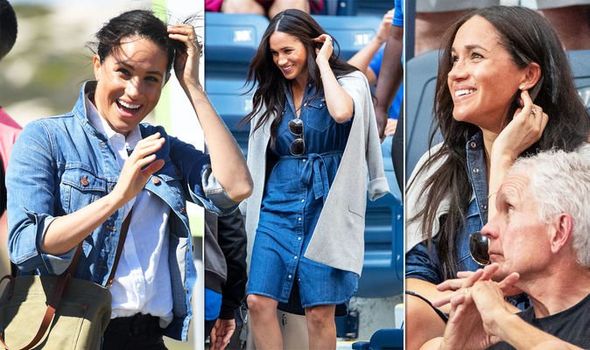 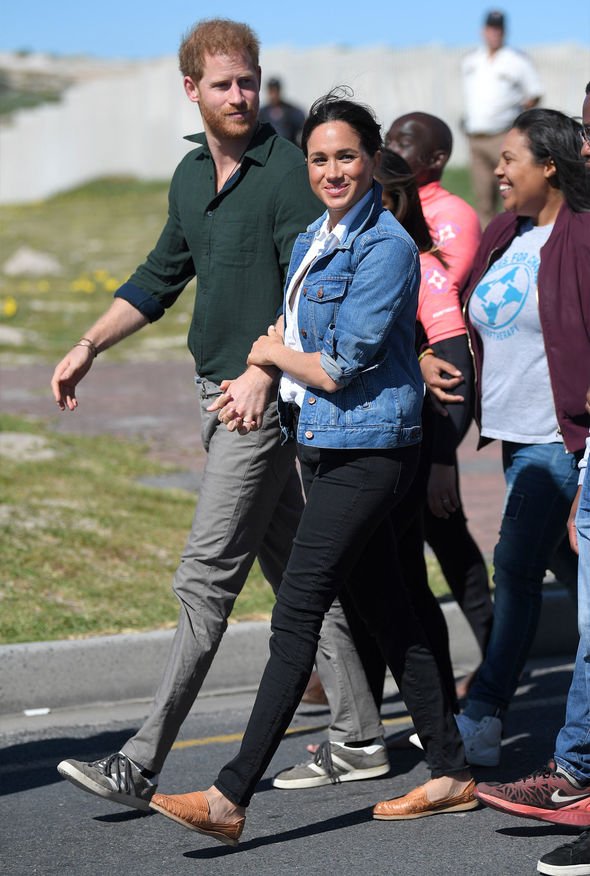 So how much does the royal spend on her casual looks? Meghan’s recent dressed-down outfits have cost on average £1,305.53.

This weekend Meghan attended the Luminary Bakery, which supports those living in deprived circumstances in the capital. The SussexRoyal Instagram account wrote: “Verified

Earlier this week The Duchess of Sussex visited the women of @LuminaryBakery as they celebrated the opening of their new location.

“It was a special moment to acknowledge the spirit of Luminary and their remarkable business model that opens its arms to women from vulnerable circumstances (be it abuse, poverty, trafficking, marginalisation) and equips them with the job skills and confidence to succeed.”

For the event Meghan wore a simple look, a striped shirt and blue jeans with a brown belt and white trainers.

The shirt was the Poplin ‘White & Midnight Blue’ Button-Up, which costs £80.

On September, during a trip to South Africa, Harry and Meghan visited Monwabisi Beach, wearing a chic black and blue denim look. 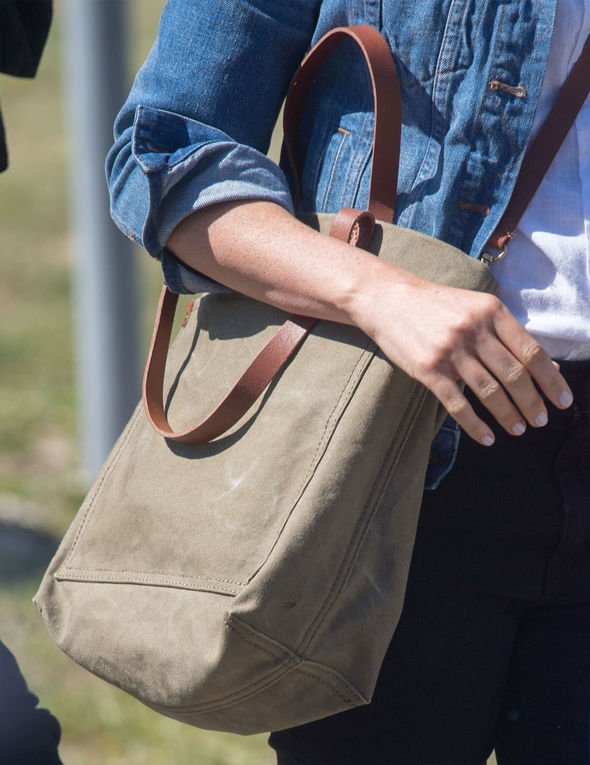 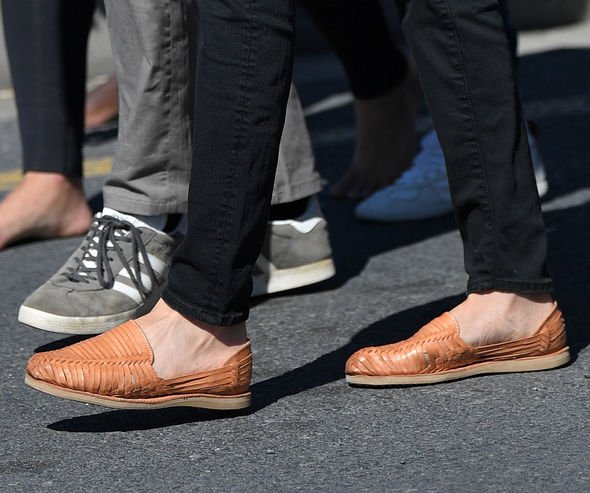 Again, she wore a number a pieces from a favourite brand, Madewell, including the Jean Jacket in Pinter Wash, which costs £108.08.

On her feet were the Brother Vellies Huaraches Flats £150.72. 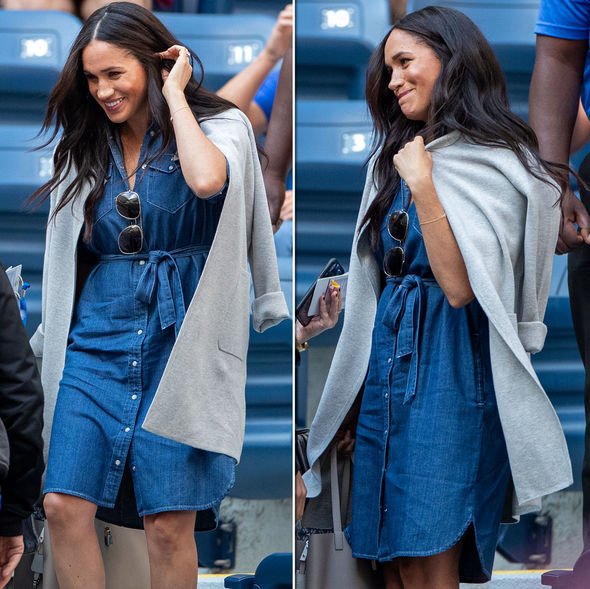 Meghan’s friendship with Serena Williams has been evident as the tennis ace was invited to her wedding. On 7 September she watched the US Open Championships women’s singles final match between Serena Williams of USA and Bianca Andreescu of Canada.

The Duchess looked stunning in a denim shirtdress with tie belt, which is £132 from J Crew, also adding her Juliette collarless sweater.

She wore Victoria Beckham’s navigator aviator-style sunglasses, which cost £195, and added a designer bag, the Caroline Herrera Matryoska, which costs £875. Again, Meghan added lashings of jewellery, including a 14k gold dog-tag pendant with an “H” on, to honour Harry, costing £189.47. 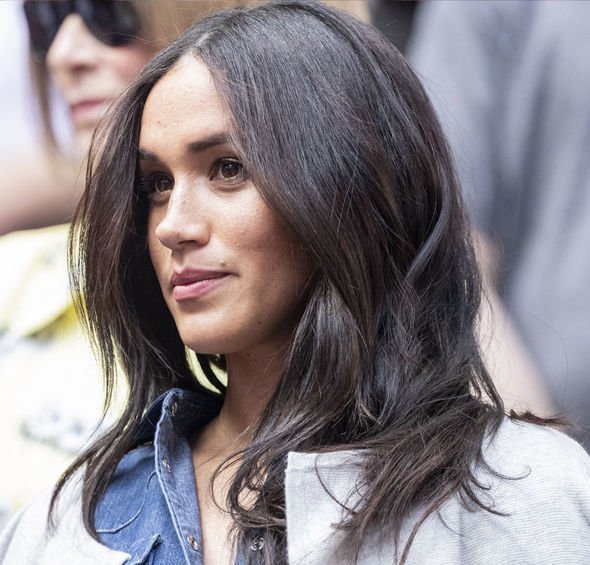 Who is Meghan Markle? Quick profile

Her father was previously married to Roslyn Loveless and Meghan has two elder half sibling – sister Samantha Markle and brother Thomas Markle Junior.

Meghan’s first television appearance in the USA was in an episode of the medical drama General Hospital in 2002.

She later moved on to roles in CSI, Without a Trace and Castle along with bit parts in Hollywood films including Get Him to the Greek, Remember Me and Horrible Bosses.

Meghan was also a “briefcase girl” on Deal or No Deal – but her most famous role was as Rachel Zane in legal drama Suits, which launched in 2011.

She was written out in the finale of the seventh series when her character got married, which aired in April 2018 – just before she got married herself.

Meghan Markle’s career in television has gone hand-in-hand with her support for causes close to her heart.

She wrote about the stigma around menstrual health in an article for Time magazine and was a Global Ambassador for World Vision Canada – with whom she travelled to Rwanda for the charity’s Clean Water Campaign.

And her commitment to gender equality has seen her work with the United Nations – receiving a standing ovation in 2015 for her speech to mark International Women’s Day.

In September 2011, she wed film producer Trevor Engelson, who she began dating in 2004.

She was in a relationship with celebrity chef Cory Vitiello for almost two years, before they broke it off in 2016 but the two remain good friends.

And in June 2016, she met Prince Harry on a blind date set up by a mutual friend.

Their relationship began in October that year and just over one year later, on November 27, 2017, the pair announced their engagement.

Some have claimed Meghan Markle is the first mixed-race member of the Royal Family.

Historians are still arguing about Queen Charlotte, the wife of King George III.

But Meghan will be the first royal to openly embrace a mixed-race heritage.

She has written about the difficulties of being a biracial actress in Hollywood as she claims she is not black enough for some roles and not white enough for others.

Love Island fans have struggled to contain their excitement after the show's official Instagram account shared a gallery of behind-the-scenes snaps of the islanders. The…

‘Praying we get some answers’: Gaz Beadle and his fiancée Emma McVey reveal their baby girl Primrose is back in hospital for tests Gaz Beadle…