A BRIDE-to-be was horrified when her mum compared her lace wedding jumpsuit to John Travolta’s flares – adding it looked as if she had a belly.

Kirsty is the latest bride to appear on TLC’s Say Yes To The Dress, as she turned to Gok Wan for fashion advice. 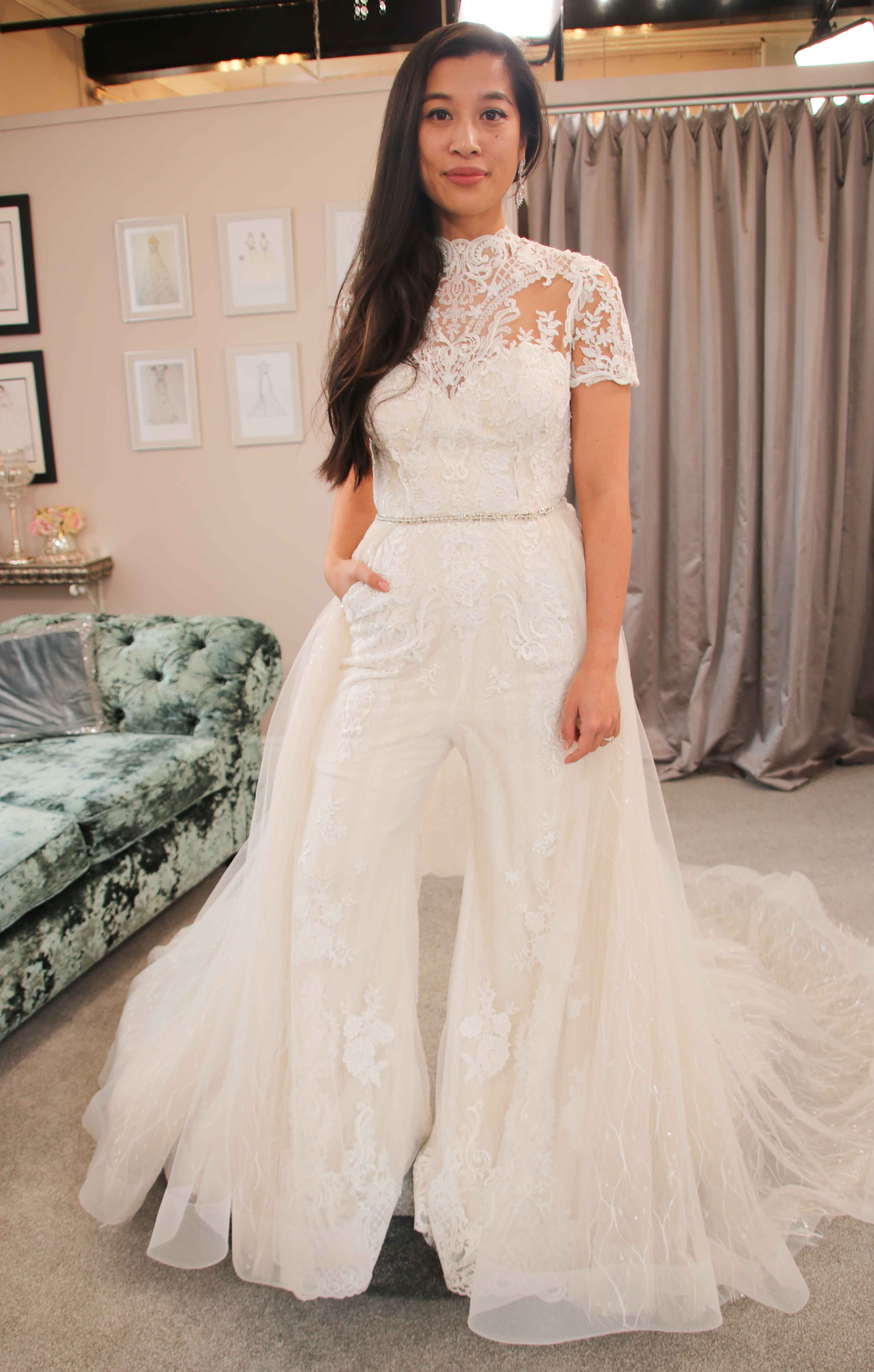 She explains to Gok that she has a very clear idea of what she wants to wear on the big day – and her mum, Helen, is not impressed.

Her mum, Helen, wants the opposite, and is dying to see her walk down the aisle in a princess-style dress.

Helen explains: “I like the ballgowns, because I’ve seen her in ballgowns.

“I want to see her in a princess dress, but when she told me that she wanted to wear trousers it just threw me off guard."

Kirsty has £3,500 to find the trousers of her dreams, and hopes to blow her social media followers and fiance, Joe, away.

Sticking with the theme, Gok selects a lacy jumpsuit with a high neckline. 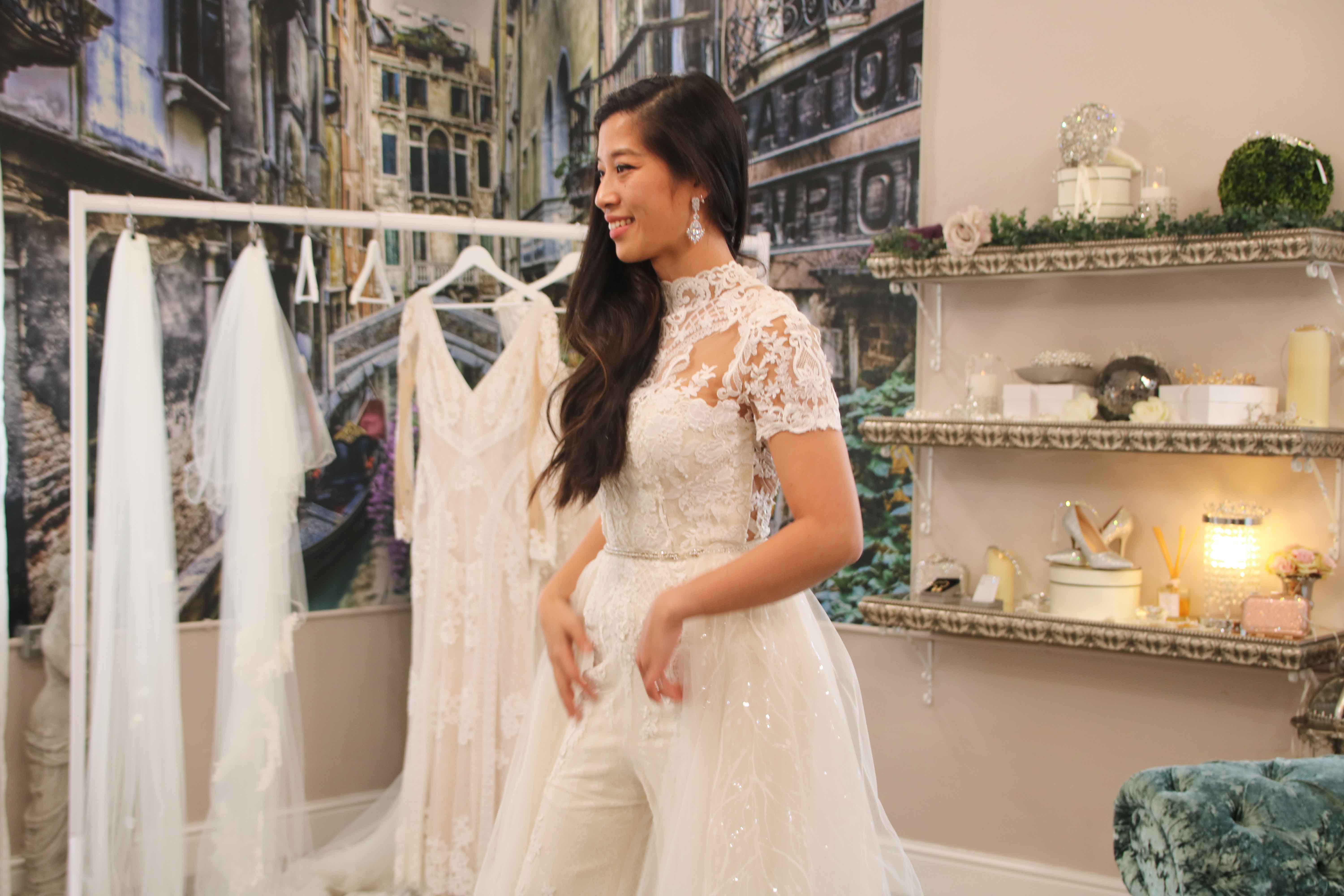 At first Kirsty isn’t sure, saying: “There’s a lot going on with this jumpsuit, I did not see myself in anything with a high neck and sleeves, and I don’t think this is going to suit my body type.”

But Gok’s got a few tricks up his sleeve, and customise it with a floaty overskirt, which does the trick.

“I’m really surprised by the high neck, it really isn’t as bad as I thought it was going to be.”

Kirsty shows off the jumpsuit to her mum, but it doesn’t go down well.

Holding nothing back, Helen says: “She looked really, really classic and I thought ‘I like that,’ until my eyes went down and I saw those trousers. 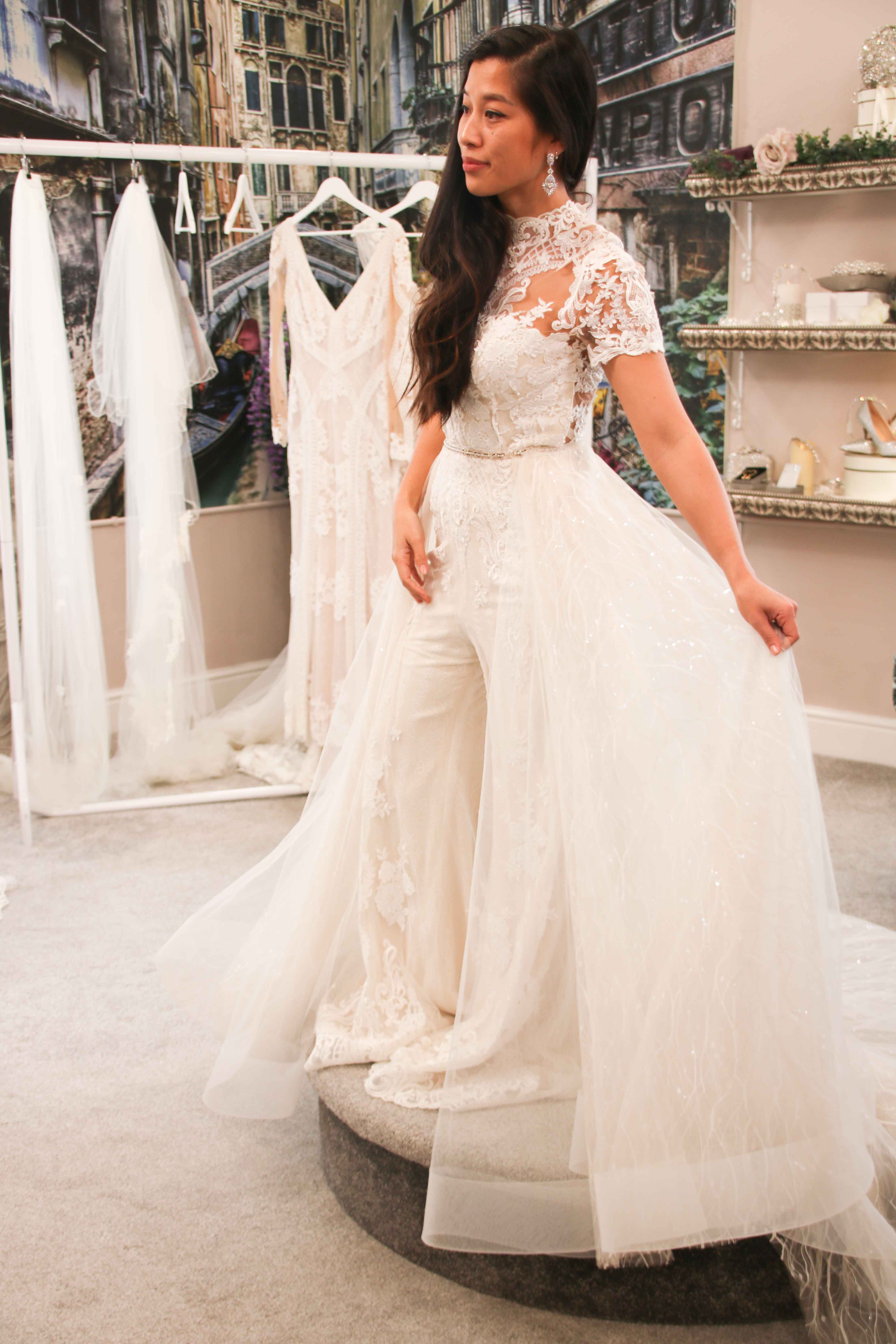 “I’m not keen on those trousers: they’re flary, they remind me of the 1970s, John Travolta.

“Because there’s so much lace on her belly it gives her a bit of a poochie belly.”

Shocked, Gok tells Helen there’s “more fat on a chopstick”, but it seems Kirsty has been turned off the jumpsuit – and agrees with her mum.

Kirsty admits: “Mum is right, I do feel like I have a poochie belly in this jumpsuit.”

As Gok goes back to the drawing board, he goes for something which deviates from Kirsty’s vision – and doesn’t have trousers. 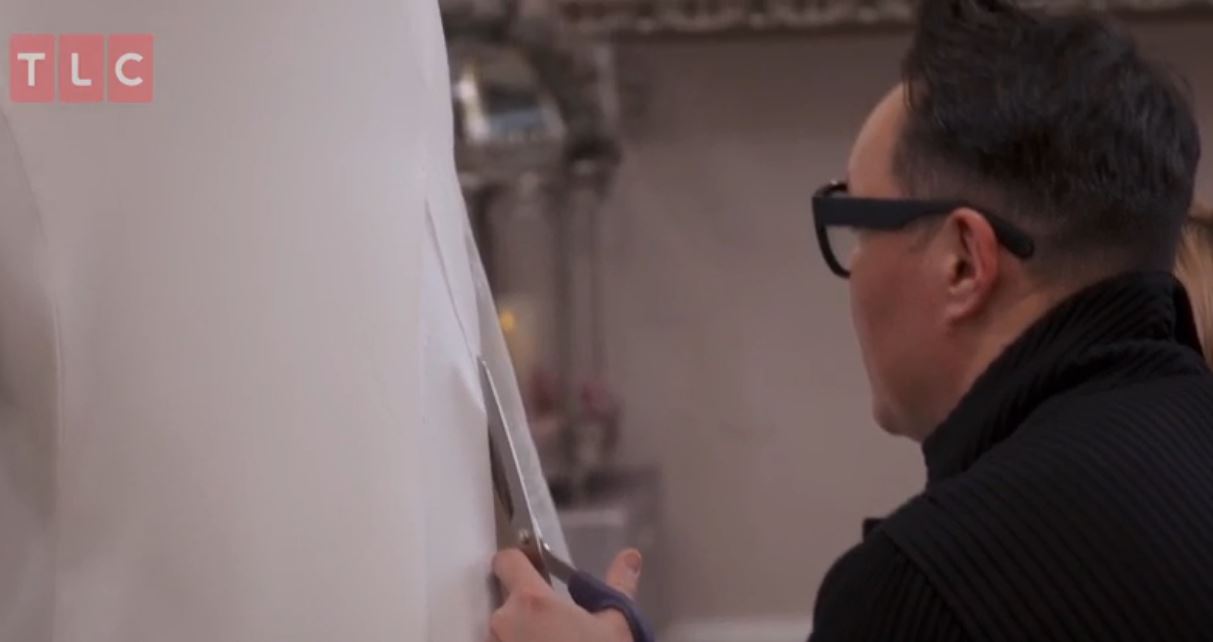 He dresses in her a long-sleeved gown with a plunging neckline, but Gok has one more trick up his sleeve as he whips out a pair of scissors.

Gok says: “I have got one of the most beautiful gowns in this boutique, but I want us to customise it together to create something that’s going to be a one-off, unique fashion gown.

Gok slashes the frock to her thigh, giving her a daring split – and Kirsty immediately falls in love with it. 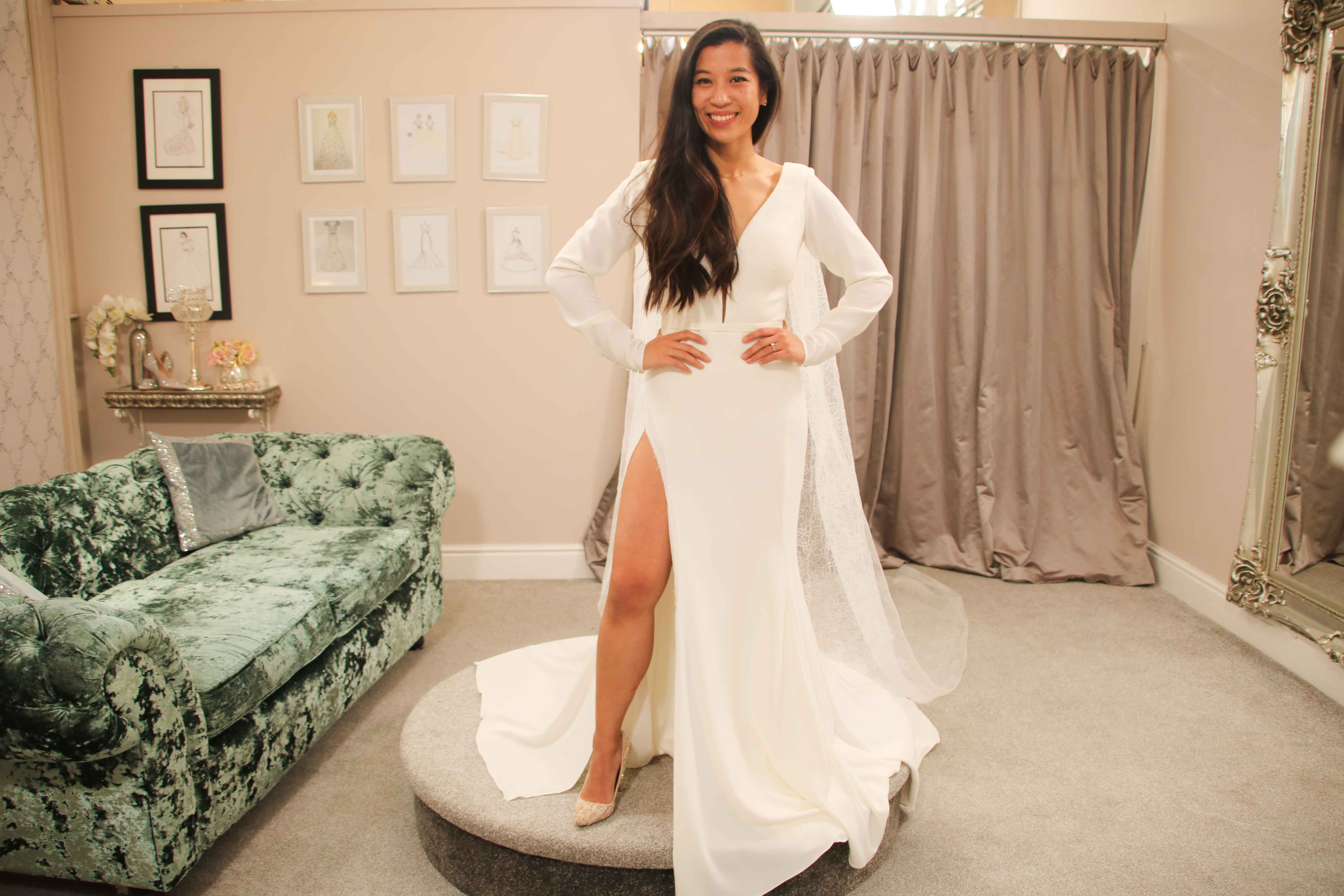 She gushes: “This is jaw-dropping.

“It is unbelievable, I am so happy. I am so confident my mum is going to like this one because it is so different.”

But while her sister, Bobo, is a fan, her mum is harder to win over.

Bobo says: “This is the nicest dress I’ve ever seen you in.”

Helen still isn’t convinced, and thinks the slit to far too high. 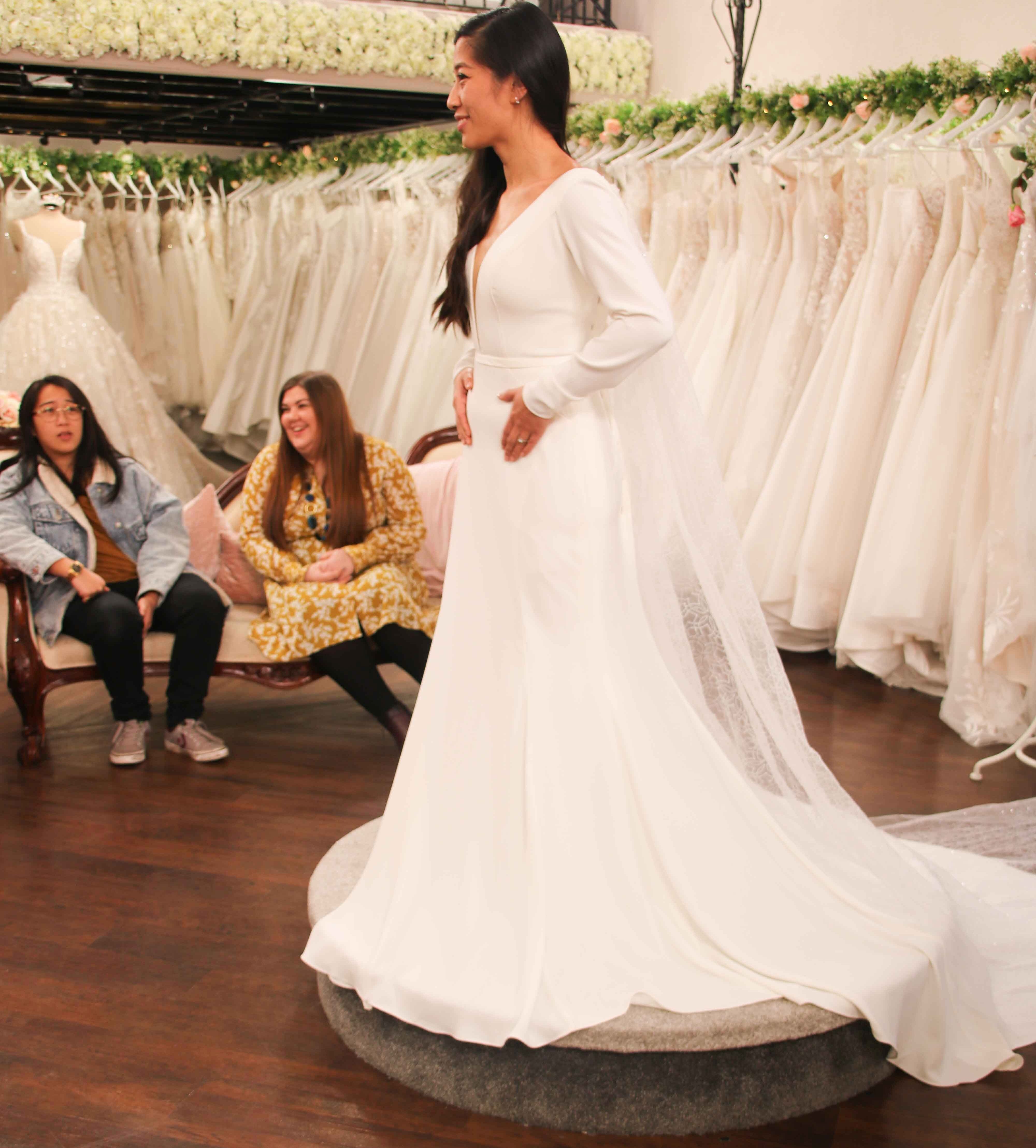 She tells Kirsty: “I’m not sure about that leg hanging out like that.

“I think it’s too high, she’ll be flashing her knickers and everything!”

Gok is forced to go back to the drawing board again, in the hopes he’ll win over Helen with his third choice.

Say Yes To The Dress is on TLC tonight at 9pm.

And this age gap couple with 30 years between them get married naked – after meeting on a nudist holiday.

Meanwhile this couple were slammed for asking people to fund their ‘dream wedding’ and lavish honeymoon amid the coronavirus crisis.

Plus this bride-to-be stunned by guest’s ‘rude’ RSVP – but some think he was in the right.