A MAN has raised eyebrows for seemingly proposing to his girlfriend using a Big Mac burger from McDonald’s.

A video of the bizarre proposal was shared, which shows the man ‘romantically’ sticking the diamond ring in the top of the bread bun. 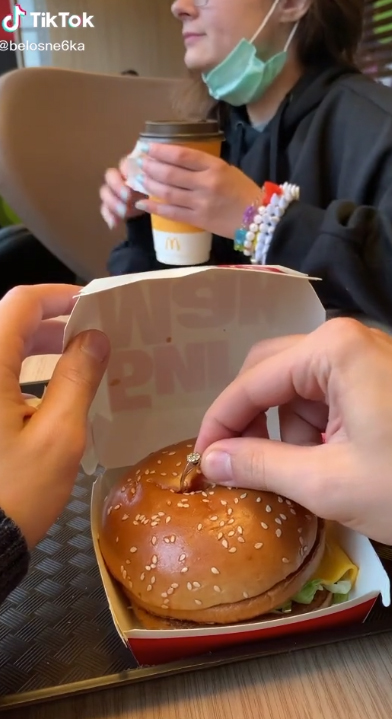 The unsuspecting bride-to-be can be seen sipping her drink in the background while the guy filming inserts the sparkler in the Big Mac.

He then simply slides it towards her – and waits for her reaction.

Sadly we don’t see the woman’s face as she realises she is getting a fast food-themed proposal, but it seems it was a success.

The woman, who is TikTok user Alina Dumova, shared the video online with the caption: “I SAID YES!” 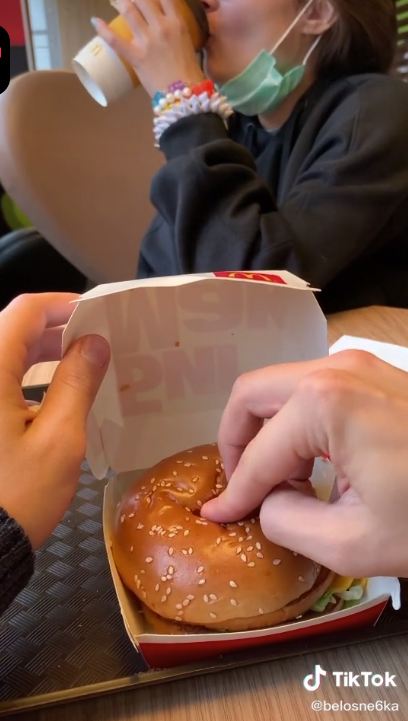 Alina replied to a comment saying her boyfriend had proposed after four years together.

It seems his unusual proposal has struck a chord with people as it has racked up over 12.7million views.

Other videos on her channel show the couple later getting married, so it seems that the way to a woman’s heart is through her stomach. 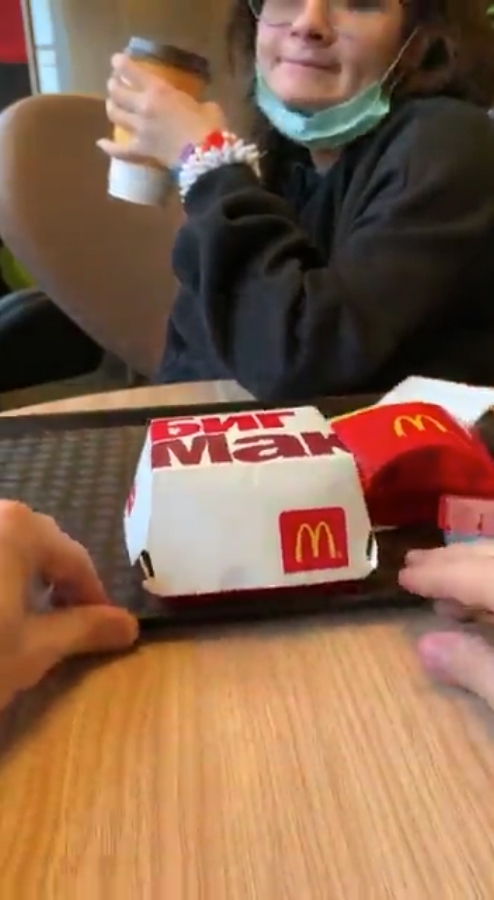 Some people found the burger proposal incredible, however, others were horrified.

One wrote: "I would have said no, especially the way he did it."

Another agreed, replying: "Not at McDonald's."

Meanwhile, people are making ‘Big Macs’ at home and they look identical to the McDonald’s burger.