BORIS Johnson tonight hailed the NHS the "egg white that keeps the Great British cake together" as he honoured staff at The Sun's health awards.

The Prime Minister thanked the "world class staff, doctors and nurses" at the heart of the health service – the "greatest institution in the world". 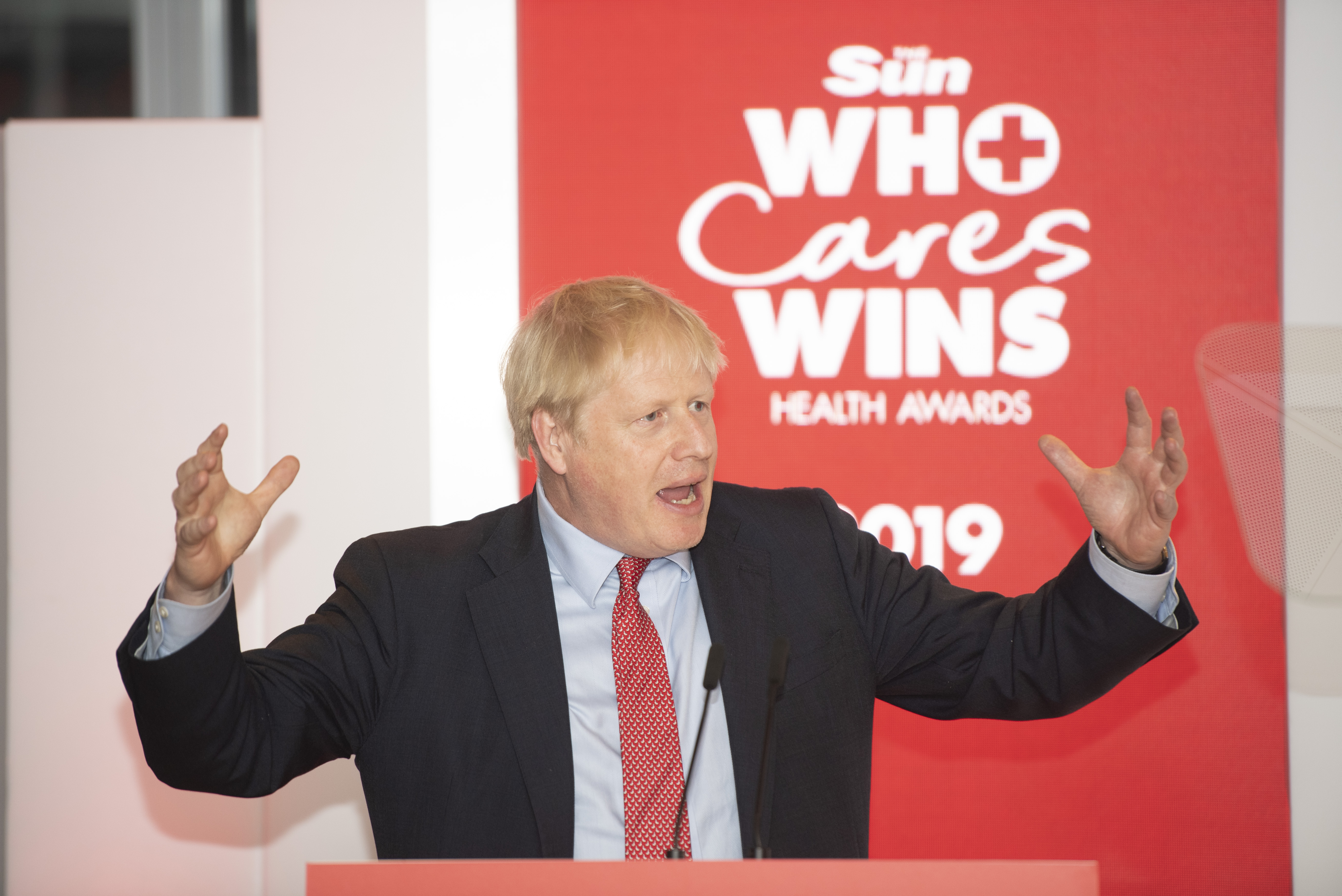 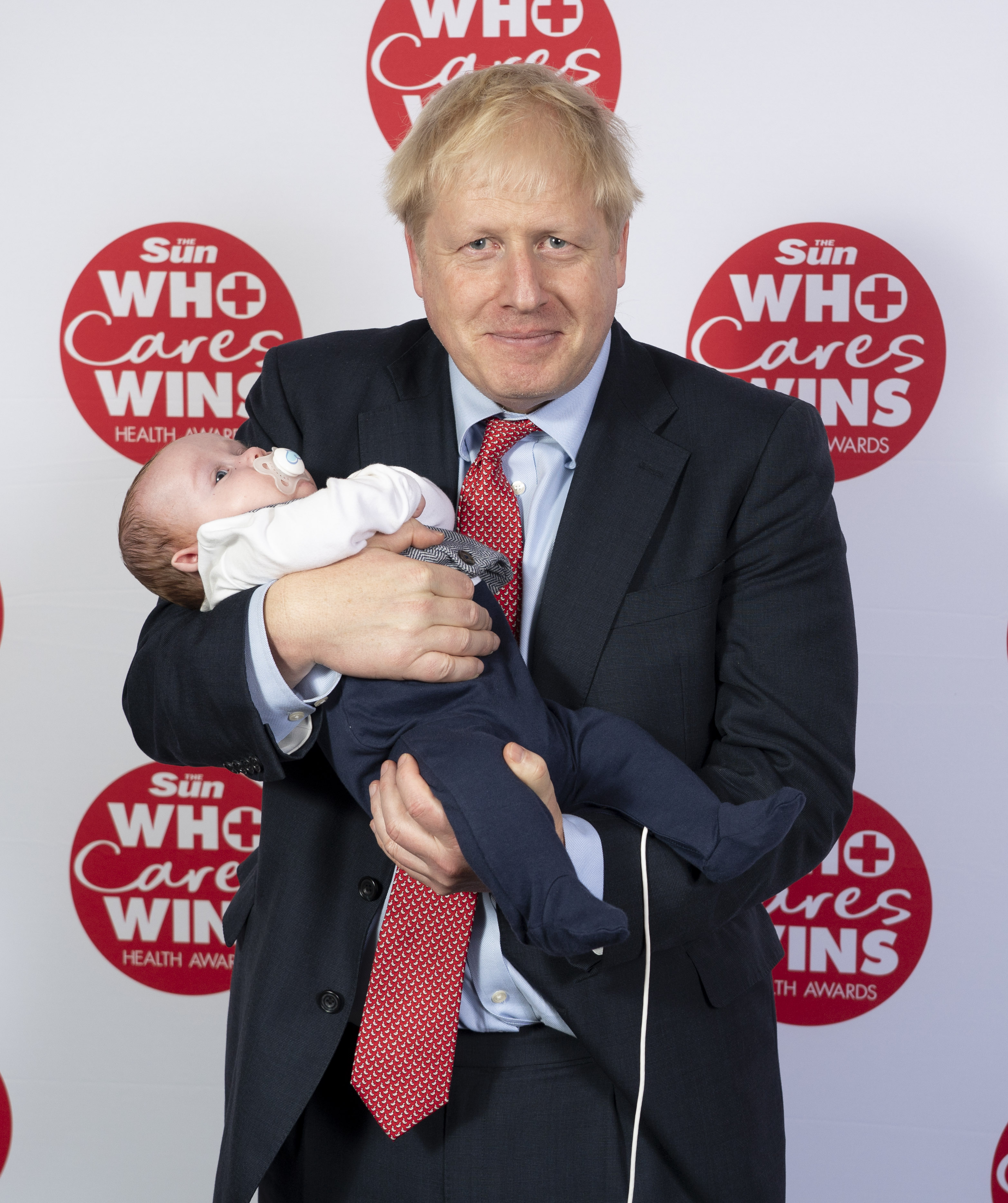 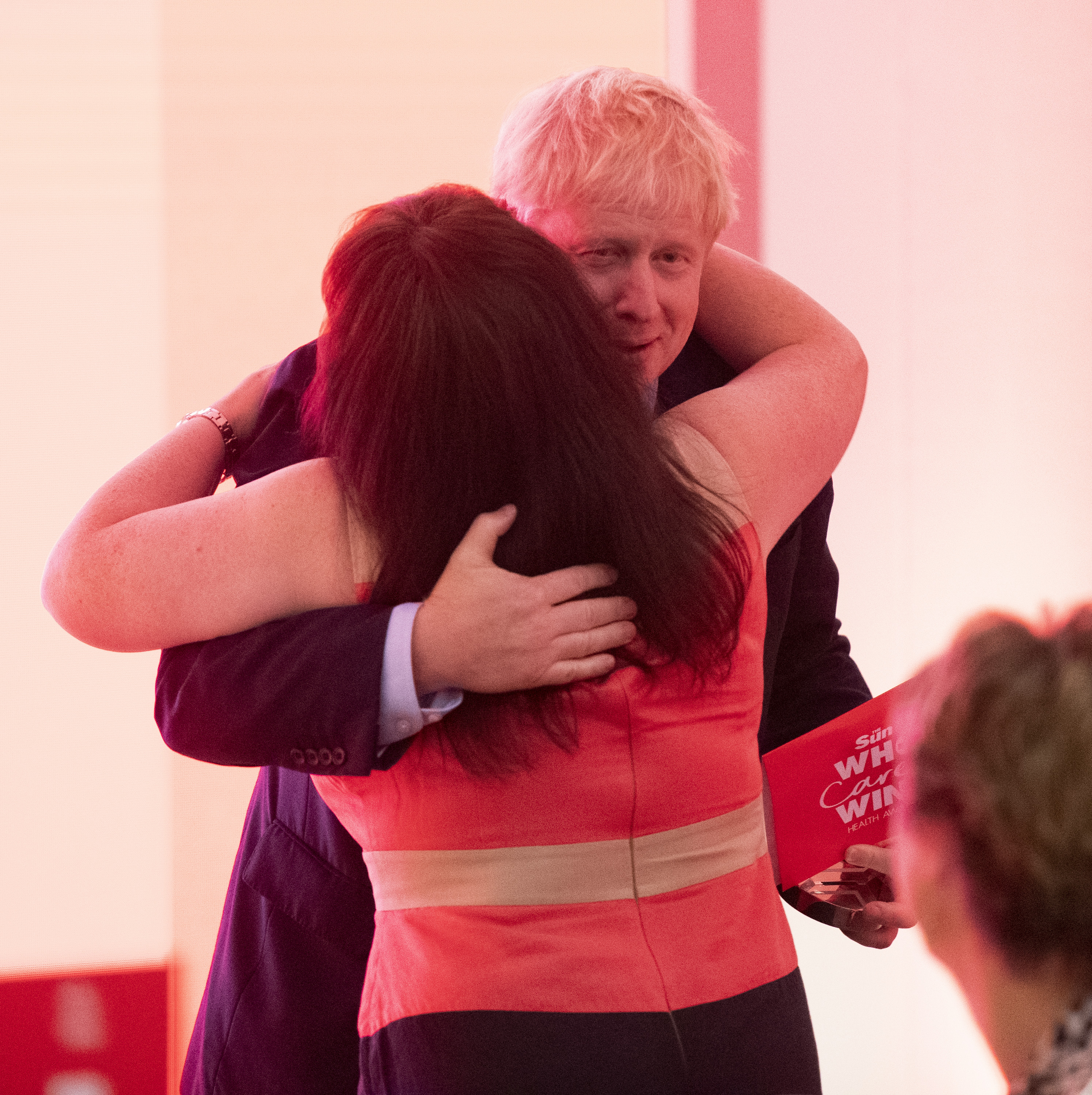 And he vowed – with health secretary Matt Hancock – to end the health and safety rules that have banished toasters from the wards of NHS hospitals for years.

"We're going to do this, toasters have been banished from the wards so we're going to make sure hot buttered toast is available on the wards, as it should be," the PM promised.

Speaking at the star-studded Who Cares Wins awards ceremony at The Sun's London HQ, Mr Johnson said he had been moved by the stories of all the nominees.

He said: "My experience of the NHS is like everybody in this room – it's one of devotion, admiration and love.

"It's the most extraordinary institution in the world and it brings our country together.

"If our country was a complicated omelette, the NHS is the egg white – that holds the great British cake together.

"It is a uniquely British thing."

The Sun's Who Cares Wins awards is a chance to give recognition to the selfless medics, researchers, and volunteers who've made a difference to people's lives. 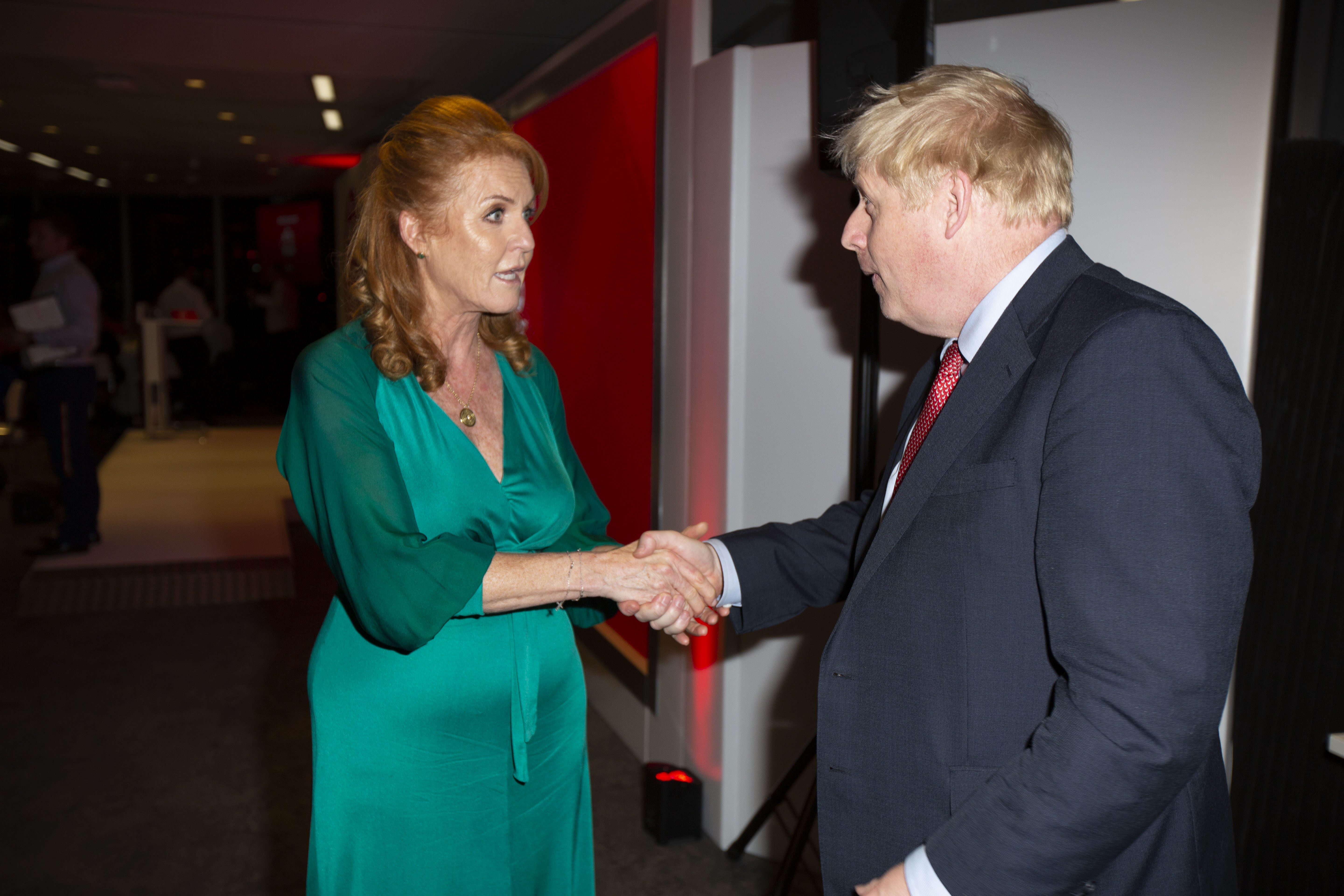 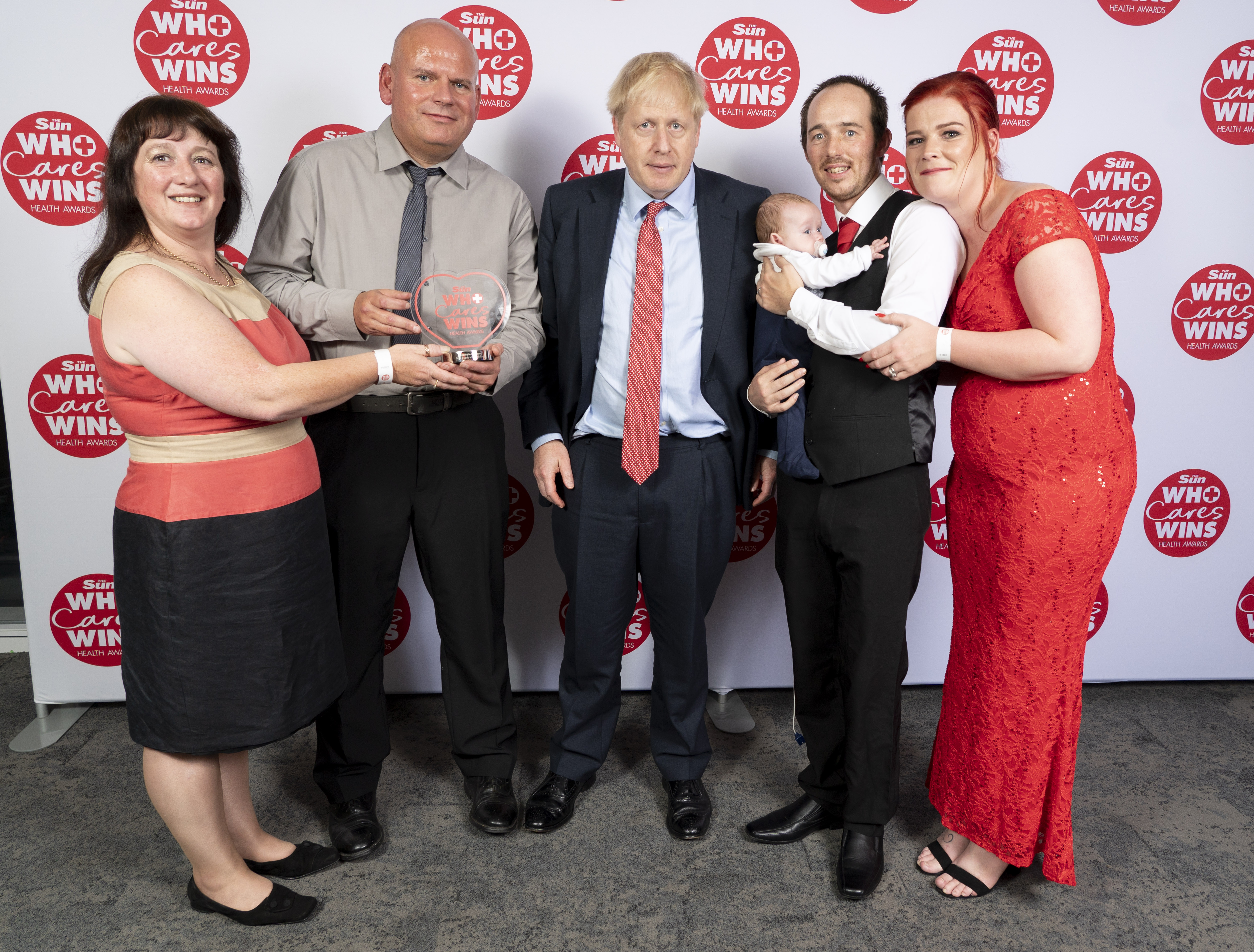 Highlighting the work of the NHS, the PM shared his personal experience, describing how he ended up in A&E after an accident at a BBQ last summer.

He told the audience: "There was an occasion last year, it was totally pathetic, I was making a BBQ, I was wearing, well not very much at all.

"I was dancing around, there was loud music playing and I totally forgot a cafetiere had smashed on the paving.

My experience of the NHS is like everybody in this room – it’s one of devotion, admiration and love. It’s the most extraordinary institution in the world and it brings our country together

"I was dancing and a shard of glass shot up into the sole of my foot with extreme penetrative force and I was more or less incapacitated.

"I am afraid I went to A&E, isn't that pathetic. I felt so ashamed  and embarrassed but I couldn't walk.

"They waved aside my embarrassment and made me feel that what I was doing was totally rational and sensible.

"They were absolutely wonderful, they got that bit of glass out of my foot, and Lazarus like, I could walk again."

The Prime Minister was on hand to present the final award of the night, the Ultimate Lifesaver award to porters Nick Evans and Ruth Lowe. 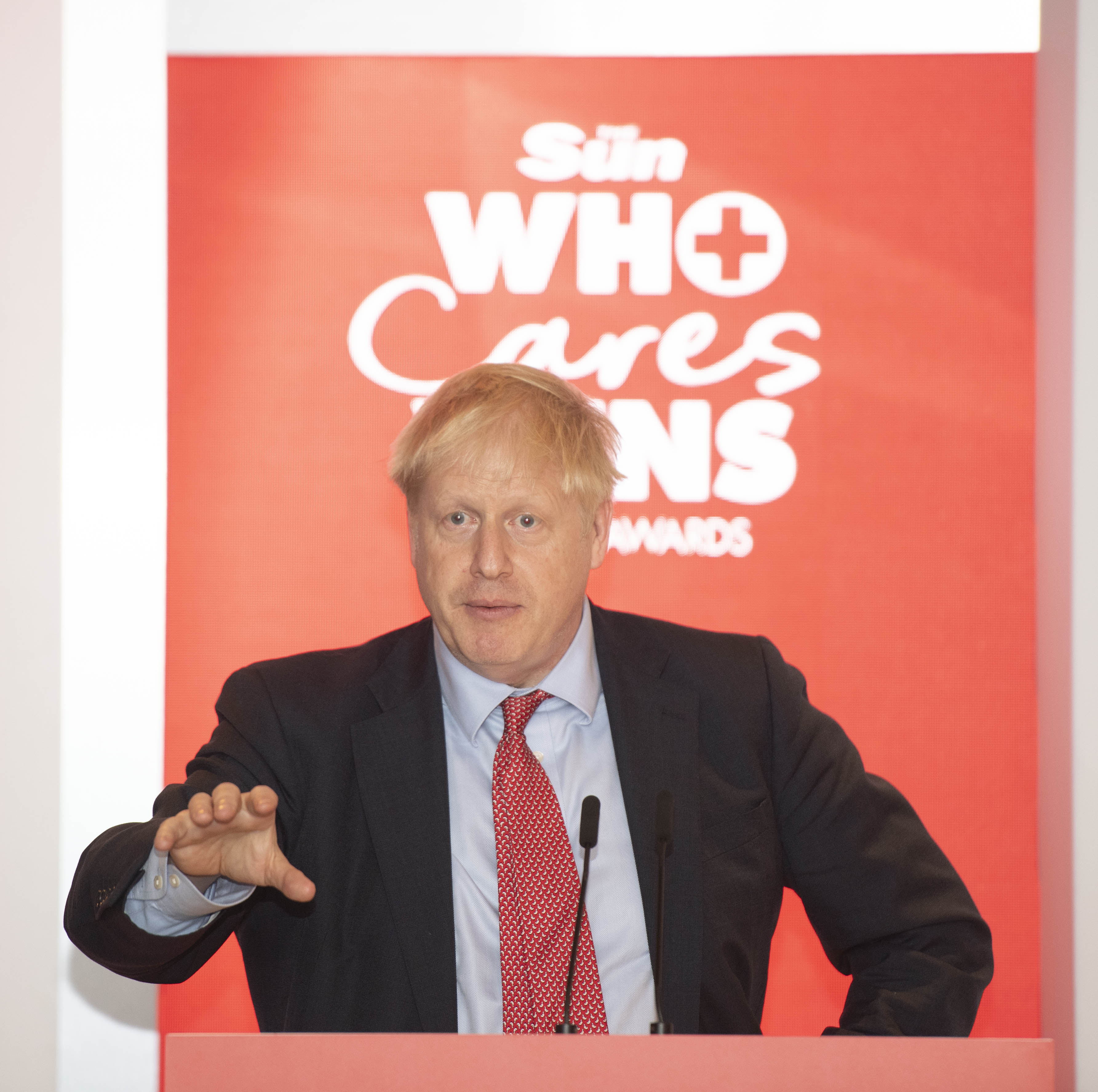 The pair saved the life of seven-week-old baby Logan Clifford after he stopped breathing when his parents Sarah and Mike walked into the Princess Royal Hospital in Telford.

Ruth shouted for her colleague Nick, who grabbed Logan out of his mum's arms and performed CPR as he ran down the corridor to A&E.

Mr Johnson said the NHS is built on a "very simple idea".

"If you are ill, if you are sick then the whole country clubs together and the whole country figuratively stands at your bedside and reaches into its pocket or wallet to look after you with the best care in the world," the PM added.

"The NHS has the best doctors, nurses and staff anywhere in the world.

"That's the idea at the heart, that mutuality and that care – it is absolutely irreplaceable."

Rounding off his speech, Mr Johnson pledged to ensure the health service is well equipped to withstand the challenges it faces.

He told the audience: "As Prime Minister, as leaders in Government it is out job to make sure our NHS staff have the equipment they need.

"That's why we are going through the biggest programme of infrastructure investment for a generation – building 40 new hospitals in the next ten years, six in London."

Mr Johnson ended the evening's awards by paying tribute to The Sun's health editor Christina Newbury, who died last year after helping launch the awards in 2017.

Who Cares Wins Awards: The winners

Former English rugby union player Matt Hampson set up a charity to help others after being left paralysed in a scrum in 2005.

Professor Nicolaides performed pioneering keyhole surgeon on Sherrie Sharp’s unborn son Jaxon. By extraordinary coincidence, as a young surgeon, he also operated on Sherrie’s mother when she was in the womb.

30 therapeutic care volunteers, who all have a learning or physical disability, give up their time to support patients with spinal injuries at The James Cook University Hospital in Middlesbrough. They include Ify Nwokoro.

Leia Armitage, eight, was born with a rare form of deafness and was never expected to speak. But she now can thanks to pioneering brain surgery and speech therapy carried out by Guy’s and St Thomas’ London Auditory Brainstem Implant (ABI) Service.

Dr Boulter served in Afghanistan, teaches wild trauma to army medics and his surgery became the first in Cornwall to be given veteran friendly accreditation.

Jane helped deliver the youngest surviving twin boys in Britain when they were born at 22 weeks last year. She flew 190 miles with their mum Jennie Powell to a specialist neonatal unit.

Porters Ruth and Nick saved the life of Sarah and Mike Clifford’s seven-week-old baby Logan. He stopped breathing as they walked through the main entrance of The Princess Royal Hospital in Telford to visit a sick relative.

Liz is the Matron of the Florence Nightingale Hospice in Aylesbury, Bucks, and came up with the idea for the widely praised Purple Rose initiative to improve the care for patients in the last days of their lives.

Ben lost his brother Sam, 15, to suicide last year and since his death, has campaigned tirelessly to raise awareness for mental health.

Ronnie offered to help his sister Ebonie by giving her a bone marrow transplant when she was diagnosed with a rare form of leukaemia. Ebonie nominated her brother for his bravery before she died in June.