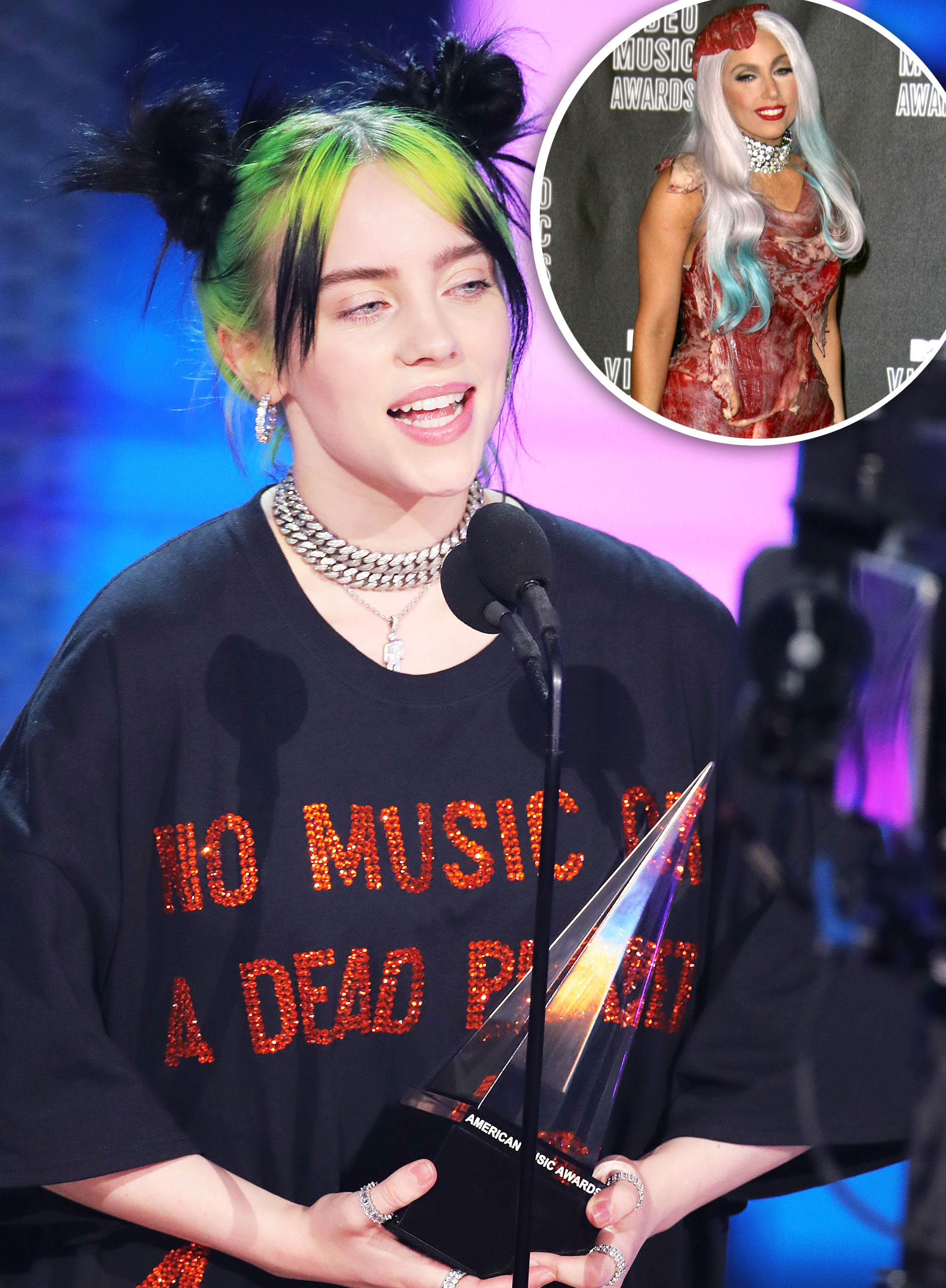 Billie Eilish, 17, isn’t too fond of Lady Gaga’s meat dress from the 2010 MTV Video Music Awards — and many Gaga fans are simply not ok with that. To prove it, they’ve started a Twitter hashtag called #BillieEilishIsOverParty and unsurprisingly, it’s sparked plenty of drama on social media.

On Thursday, December 5, a Lady Gaga Twitter fan page released a never-before-seen video clip of Eilish and her brother, Finneas, chatting about her Grammy nominations. They also take a moment to reflect on memorable fashion moments of the past.

“I used to judge all of the girls’ dresses — that’s all I did. I barely paid attention to the music,” said Eilish. After that, her brother asked, “Was the meat dress a Grammy’s event?” Then, cue the one-word response from the “Bad Guy” singer that potentially divided Gaga and Eilish fans for life: “yikes.”

Social media freaked out in response to the video. Some Lady Gaga fans defended the A Star Is Born actress from Eilish’s comment. But others defended Eilish, saying that she shouldn’t be “canceled” for having an opinion.

One Gaga fan Tweeted, “Like they promote art in music and fashion but mocking other artists art and fashion? Seriously? The Meat dress was way more iconic than her, period.”

Some social media users point to the fact that Eilish is a vegan, so naturally, it makes sense that she would have a negative opinion about meat dress. One Twitter user spelled it out, writing, “So let me get this straight. Billie Eilish, a known vegan, didn’t like Lady Gaga’s meat dress?” Another defended the young singer, saying, “Y’all really tripping over a 17-year-old vegan who doesn’t like Lady Gaga’s meat dress so you want her ‘canceled?’”

Peta joined in on the drama, too, ***tweeting, “No one should be canceled for having a heart. Vegan artist @billieeilish has previously spoken out about the cruel dairy industry and how sheep are mutilated for wool. A dress made of dead bodies IS gross — anyone with a heart can see that. #BillieEilishIsOverParty.”

Neither Gaga nor Eilish has acknowledged the drama on social media.