AZZARO’S NEW DIGS: Azzaro on Wednesday opened the doors of its men’s wear flagship, nestled inside the Printemps Haussmann department store in Paris. There is displayed – as a worldwide exclusive – the first collection for men that Olivier Theyskens has fashioned for the house.

The inauguration also marks the 50th anniversary of Azzaro opening its first women’s boutique on the Rue du Faubourg Saint-Honoré.

Azzaro Atelier’s 196-square-foot space is located on the third floor of the Printemps store. In a nod to founder Loris Azzaro’s preferences, there are hexagonal-shaped metallic clothes racks and faceted mirrors, while the color code of gray, metallic and white nods to the décor of Azzaro’s historic couture salon. 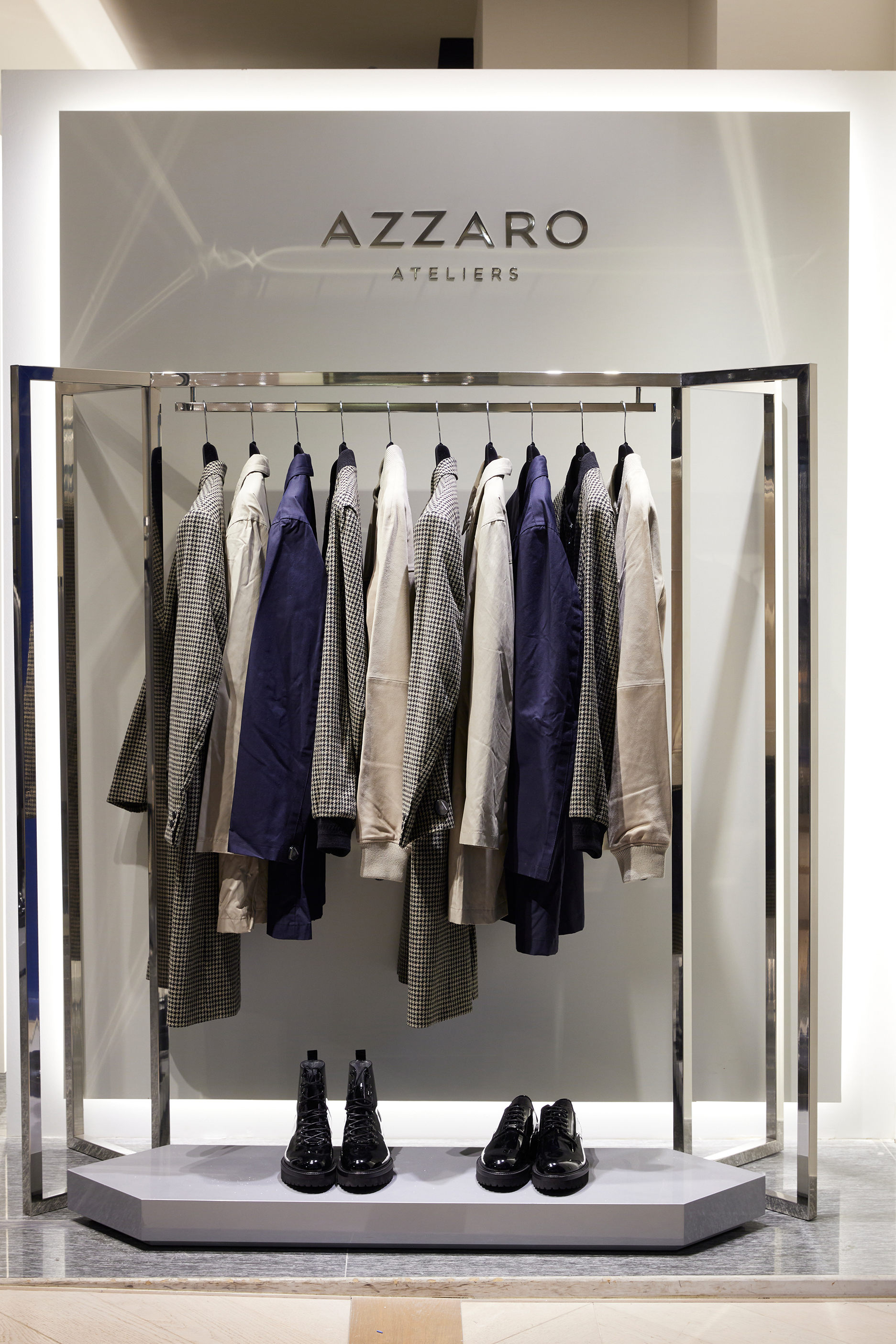 Inside Azzaro Atelier Courtesy of Azzaro

Theyskens’ tailored creations come mostly in solid hues, such as beige, white, lavender and Klein blue, and in a variety of fabrics, such as silk velvet and Lurex jacquard. Silhouettes include oversized jackets and shirts, while a silver-colored, textured coat falls to the knee. 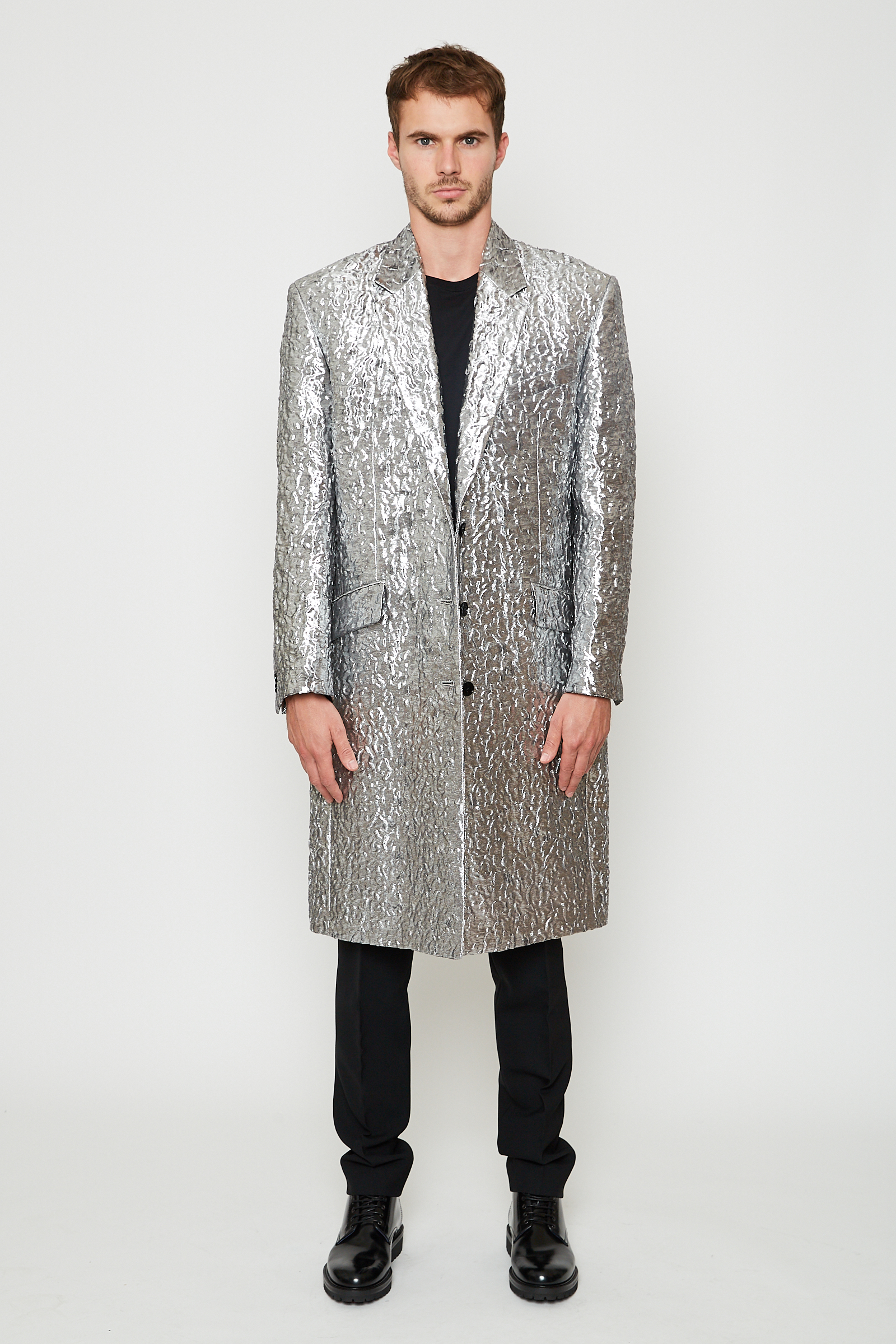 Sold in the Printemps location, too, are some women’s wear pieces from Azzaro’s spring 2021 collection, which was shown virtually during the last couture season.

For both men’s and women’s wear, the Belgian designer has used metallic tones. A men’s jacket covered in metal slivers from the Atelier line, looking like tailored chain mail, was visible in Azzaro’s fashion film, shot on a mirrored set that winked to the founder’s apartment.