While George Arison relentlessly drove the start of his second technology company, his boyfriend, Dr. Robert Luo, was consumed with a start-up of a different sort.

“It took Robert as much time, energy and money to engineer our family as for me to found a company,” said Mr. Arison, 41, a founder and a chief executive of Shift, an online marketplace for used cars.

Dr. Luo, 40, known for his meticulous organizational skills, created a database to track the multiple agencies, fertility doctors, legal issues, egg donors and surrogates involved in fulfilling the couple’s dream of having children.

However comprehensive, Dr. Luo’s document could not calculate the many emotional ups and downs on the San Francisco couple’s journey to parenthood.

Yet if all goes as planned, come September, after three years, the involvement of three women, and a significant financial investment — about $300,000 — the couple will be changing diapers for two babies. A boy and a girl, conceived with eggs from the same donor, will each be tied biologically to one of the men. In today’s parlance, they’ll be “twiblings.”

“We’re living our version of our parents’ American dreams,” said Dr. Luo, whose father was raised on a farm in rural Taiwan. In 1968, Dr. Luo’s father, Zong Luo, immigrated to South Dakota to study engineering on a scholarship, with the goal of securing quality education for his children.

That worked out. Dr. Luo graduated from Harvard with a joint concentration in history and science, and East Asian studies. In 2006 he received both a medical degree and a master’s degree in public health from Johns Hopkins University. As a specialist in infectious disease diagnostics, he has worked in South Africa, China, Peru, Kenya and North Korea, among other countries, and is now a pathologist and consultant for both health care companies and international public health organizations.

Dr. Luo’s older siblings, Kay Luo and Jay Luo, earned multiple degrees from Stanford University. Jay, considered a child prodigy, completed his college degree at 12 and while still a teenager, was a graduate student at Stanford where the family resided, for a time, in student housing. 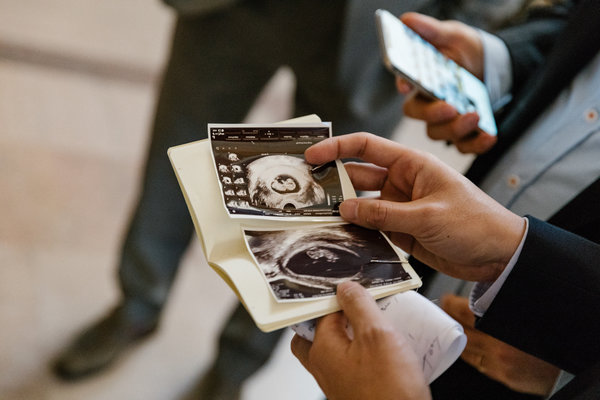 Mr. Arison’s life was similarly driven by the lure of an American education and the concomitant career possibilities. He was born Irakly George Areshidze in Georgia in the former Soviet Union; his maternal grandfather was a senior official in the Communist Party. His father, Gia Areshidze, a political commentator still living in Georgia, foresaw the collapse of the Soviet Union and became determined to send his son to the United States.

Mr. Arison, who took his Americanized name for professional use, was drilled in English from the time he started to talk. Because of his grandfather’s connections, the family could access C-Span from which Mr. Arison learned the names of the entire United States Congress while still in middle school. He developed a passion for American politics and American cartoons.

Yet under restrictive Soviet policies, the influence of the conservative Georgian church, and his father’s English-learning mandate, Mr. Arison found his childhood oppressive. At 14, he landed a scholarship to a boarding school in Maine, thanks to a chance relationship with two American teachers. By then, the Soviet Union was collapsing and Georgia was embroiled in a civil war. In the United States, he developed an appetite for bananas and M&Ms and immediately, though separated from family, felt entirely at home.

After high school, Mr. Arison earned a degree from Middlebury College in political science. A brief stint in Georgia followed — to explore the possibility of a political career there — but he returned to the United States in 2005. While living in Washington, he wrote a book on Georgian politics, worked as a business consultant, and in 2007 successfully founded Taxi Magic, an early ride-share start-up.

Despite having started an American company, his green card application was rejected. So in 2010, in order to remain in the United States, he left Taxi Magic to join an international tech firm in the Bay Area. There, his career continued to soar but his love life stalled. His criteria for a partner weighed heavily on intellect, worldliness, and political engagement, and the photo-driven gay dating platforms left him cold.

Plus, and this was a factor in many dead-end dates, he wanted children. “To say that scared a lot of guys is an understatement,” Mr. Arison said.

By 2015, when a chance encounter led him to Dr. Luo, he’d made the decision to become a single parent if he hadn’t found someone within a few years.

The men met by chance at Mozzeria, a deaf owned and operated pizzeria, and soon migrated from adjacent tables to start a conversation that flowed easily for hours. Dr. Luo, too, found dating in the gay mecca unfruitful. After the breakup of a long relationship, which had spanned his time in medical school, he had been single for years.

The two left the restaurant full of excitement and began texting immediately. Late that night, before he became “too attached,” Mr. Arison braced himself for disappointment and broached the subject of children.

Not only didn’t Dr. Luo balk, he steered the conversation to the medical intricacies of surrogacy. Since working at a Vietnamese orphanage, he had harbored the dream of fatherhood himself.

Two weeks later when Mr. Arison’s company celebrated the opening of a new office, Dr. Luo arrived as Mr. Arison’s date to his colleagues’ surprise (and delight). Co-workers and friends happily observed that Mr. Arison, who routinely worked 15-hour days, was now carving out time for Dr. Luo. They also noticed that Mr. Arison, known for his financial and emotional generosity and who for a long time has provided support for his parents, was now on the receiving end of care.

“Robert made my life easier, happier and more manageable and I was, very soon, a better version of myself,” Mr. Arison said. Though the men are avowed pizza aficionados, Dr. Luo steered them both toward healthy meals, an exercise routine and vacations in which a sliver of each day was truly a holiday from work.

Within months, Mr. Arison moved into Dr. Luo’s condominium. Over the next years, the two introduced each other to family and friends who were unanimously thrilled with the pairing. Dr. Luo, a calm introvert, perfectly complemented Mr. Arison, an energetic extrovert. The couple’s values meshed seamlessly.

By summer 2018, there was just one person left to tell: Mr. Arison’s father who didn’t yet know his son was gay.

Despite his loving relationship with his father, Mr. Arison found it hard to imagine being accepted by those in his homeland. In Georgia, violence and discrimination against gay people is widespread, and both government and church leaders espouse homophobia. In 2016, the couple had traveled to Georgia, but Mr. Arison was so terrified of their relationship being discovered that they stayed in adjoining (but separate) hotel rooms and never ventured out together.

Last August the couple made the trip again. This time Mr. Arison enlisted the help of his younger brother, Giorgi Areshidze, now a professor at Claremont McKenna College, who had followed in his brother’s footsteps to both American boarding school and Middlebury College. Before the couple arrived, Mr. Areshidze told their father everything.

When the family convened, Mr. Arison found a father happy to accept his son’s partner, and eager to be a grandfather since by this time the couple’s family planning was well underway.

After finding a suitable egg donor, a process the men likened to “online dating only so much worse,” they languished on a waiting list for surrogates for months. Finally, in December 2018, two women, each living several hours in different directions from the couple’s home in San Francisco, agreed to carry the couple’s embryos.

On Feb. 26, with the babies safely through the first trimester, the couple joined 23 friends and family for an unofficial wedding ceremony on Bora Bora in French Polynesia. The craggy Mount Otemanu and a stunning aquamarine sea at the St. Regis Bora Bora Resort served as their backdrop.

At noon on March 11, at San Francisco’s City Hall, the couple made their commitment legal. Toby Russell, Mr. Arison’s closest friend and also a chief executive at Shift, became a Universal Life minister for the occasion.

As spring sunshine streamed into the ceremonial rotunda and wedding parties swarmed the grand staircase, the men repeated the vows they had made in Bora Bora and exchanged rings.

Mr. Arison thanked his partner for believing in him and his crazy dreams and invoked their unborn children. “Their greatest luck,” he said, “will be to have you as their dad.”

Dr. Luo lauded Mr. Arison for being a “boundless visionary, for thinking anything is possible and for taking advantage of every opportunity to change the world.” Noting that their children were already with them “in spirit,” he produced a grainy sonograms of the couples’ babies.

Mr. Arison smiled broadly. “Without you, my kids would be spoiled brats, and yet with you, you will let me spoil the kids and yet still make sure that they will turn out well, grounded and successful,” he said with a wide grin.

Dr. Luo’s eyes grew moist as the couple sealed their commitment with a passionate kiss.

“Nowhere else in the world could I have what I have personally or professionally,” Mr. Arison said, “My whole life is the impossible.”

Priceless The couple signed a routine confidentiality agreement about their exact in vitro fertilization fees. Dr. Luo said egg donation customarily runs $10,000 to $20,000, split between the donor and an agency. Fertility clinics charge $25,000 to $35,000 per child. Surrogates obtained through an agency may cost up to $80,000, a fee shared between the agency and the surrogate.

A Knot, Tied At City Hall, Mr. Russell, the officiant, looped the couple’s hands together with a long white ribbon on which the couple’s family and friends had written wishes and hopes for their future. Dr. Luo, who accompanies both surrogates to their medical appointments, again showed off recent sonograms of their children. “There will be a new sonogram soon,” he said.

Forever Unconventional Threatening thunderstorms caused the couple’s ceremony in Bora Bora to be moved up a day, to Feb. 26. That meant the rehearsal dinner was after the wedding. “We got pregnant before we were married, so it seemed very much like us to do things out of order,” Dr. Luo said.