Yellowstone is back! Kevin Costner’s anti-woke drama returns with season five teaser showing the Dutton family getting ready to defend their ranch… after recording breaking ratings

Kevin Costner’s western drama series Yellowstone – that has been dubbed ‘anti-woke’ by some critics and has been largely snubbed in award shows – is promising more drama in its fifth season.

The Paramount Network dropped the first teaser of the much-anticipated fifth season of the show during a commercial break of the 2022 MTV Video Music Awards on Sunday night.

It comes after the series was finally recognized by the SAG Awards earlier this year, after it got a nomination for Outstanding Performance, despite being snubbed for years.

The 16 second clip kicks off with narration: ‘We’re going to show the world who we are… and what we do,’ along with flashes of some of the stars that begins with Kelly Reilly (Bethany ‘Beth’ Dutton). 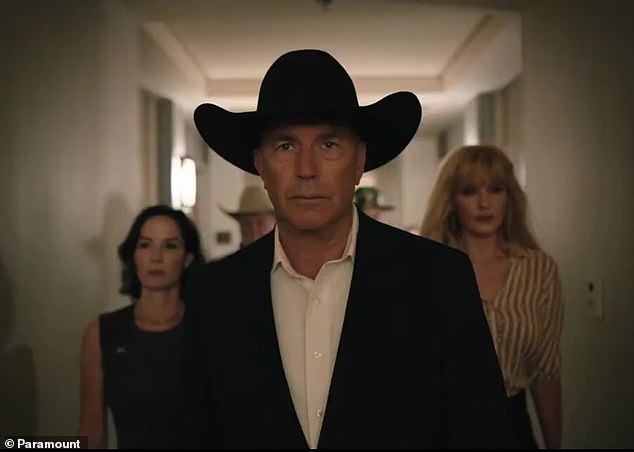 First-look: The first teaser for season five of the hit series Yellowstone aired during a commercial break of the MTV Video Music Awards on Sunday night

With ominous music playing, the montage transitions to intense images of Wes Bentley (Jamie Dutton), Luke Grimes (Kayce Dutton) and Cole Hauser (Rip Wheeler), which is capped off with the sounds of a gun being cocked.

The teaser then promises that ‘All will be revealed’, as the music intensifies with a crescendo.

The footage ends with a shot of Costner (John Dutton), who plays the show’s patriarch, leading the charge with Reilly and Wendy Moniz (Governor Lynelle Perry), and others.

The fifth season of Yellowstone will be split into two installments of seven episodes each. 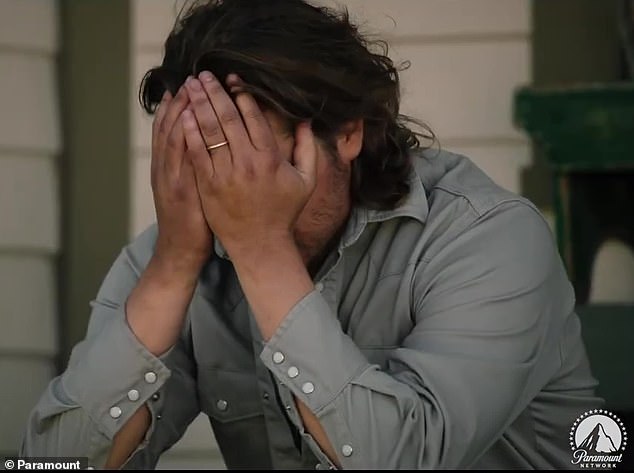 Two parts: The fifth season of Yellowstone will be split into two installments of seven episodes 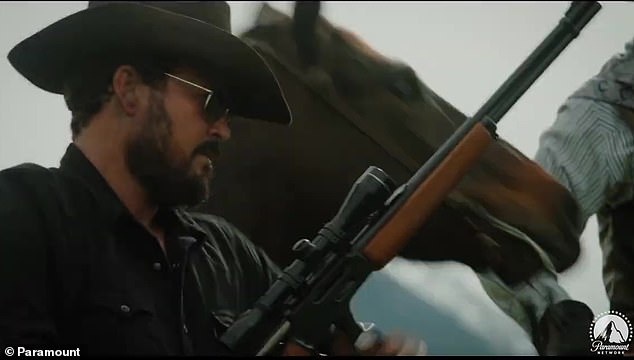 Bonafide hit: Yellowstone is coming off a hugely successful season four, earning the title of cable’s highest rated show, with more than 14 million viewers in total

According to Deadline, Fans of the series or anyone looking to catch up on episodes can check out a marathon running on Paramount Network starting on the Friday of Labor Day weekend, beginning at 11 AM each day.

The Dutton family gears up to defend their ranch land beginning in a two-hour season five premiere on November 13 on the Paramount Network. 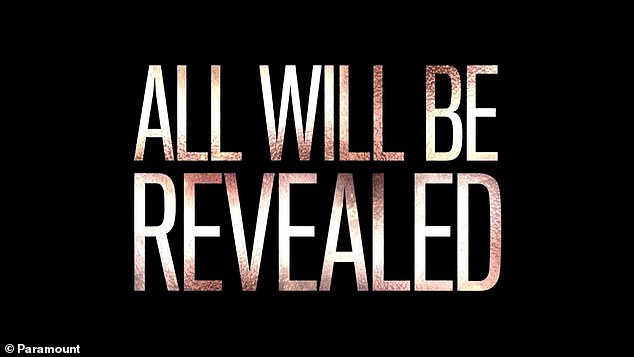 Intense: The teaser then promises ‘All will be revealed’, as the music reaches a crescendo 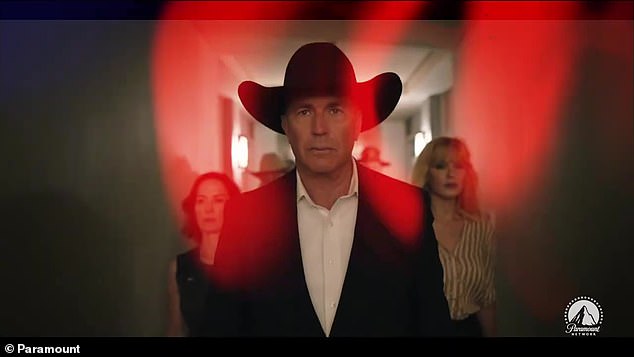 Coming this fall: The two-hour season five premiere of Yellowstone drops on November 13 on the Paramount Network

The runaway popularity of the modern-day ranch show, streaming on Paramount has been going from strength to strength in recent years, with a record 15million people tuning in for the finale of season four.

Although Yellowstone is often compared to HBO’s Succession – they came out the same year and are both family-business dramas – it breaks the mold for hit series as it’s based not on the East or West coasts, but in Montana. It is shot in Utah.

And unlike shows like Succession that play up current drama in the Big Apple or Los Angeles, Yellowstone avoids big city issues and political correctness conflicts, and instead puts a lens on rural America where local businesses are losing wealth and power in a changing nation. 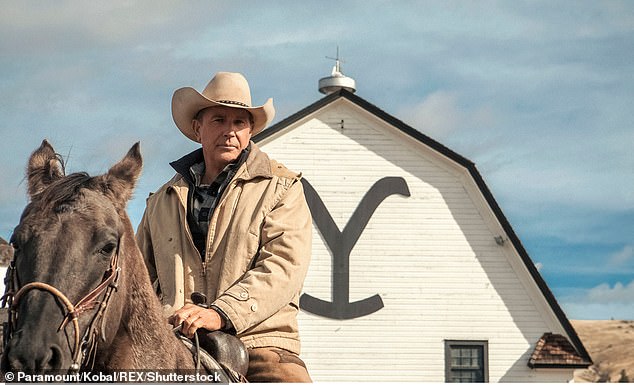 Yellowstone focuses on the Dutton family and their Montana ranch

The show premiered in 2018, and although it had respectable ratings, it’s season three premier last year drew only about half – 4.23 million viewer – of the current season’s viewership.

Emily VanDerWerff, a TV critic for Vox, ultimately credits Yellowstone’s success on its ability to tap into middle America and portray a different kind of fantasy.

‘Yellowstone takes a kind of comfort in the leisurely pleasures of a world where everything is as it should be. ‘This is fine,’ it says, as the evening sun spreads red fire in the west.’

Although the show has received little media attention despite its high viewership, it did receive its share of criticisms when it first aired.

Yellowstone follows the story of the Dutton Family, led by John Dutton who controls the largest ranch in the US.

The drama, set in the 1880s, comes from Dutton’s ambition to hold onto his wealth and land, which is constantly under attack by greedy land developers, a Native American reservation and the titular national park.

Luke Grimes, known for his roles in American Sniper and Fifty Shades of Grey, takes on the role of John’s son, Kayce Dutton, a former US Navy SEAL who is married to a local Native American woman.

English actress Kelly Reilly plays John’s daughter, Beth Dutton, a financier and master manipulator who suffers from substance abuse and his loyal to her father.

Cole Hauser – an acting veteran who’s been in Dazed and Confused, Good Will Hunting and The Break Up – also stars as Rip Wheeler, John’s right-hand man and Beth’s love interest.

The show’s popularity has shot grown since its pilot episode garnered 2.83 million views in 2018. By the season three finale, The World is Purple, the show saw more than 5 million people tuning in.

The recent season four double-episode premier had about 8.38 million viewers.