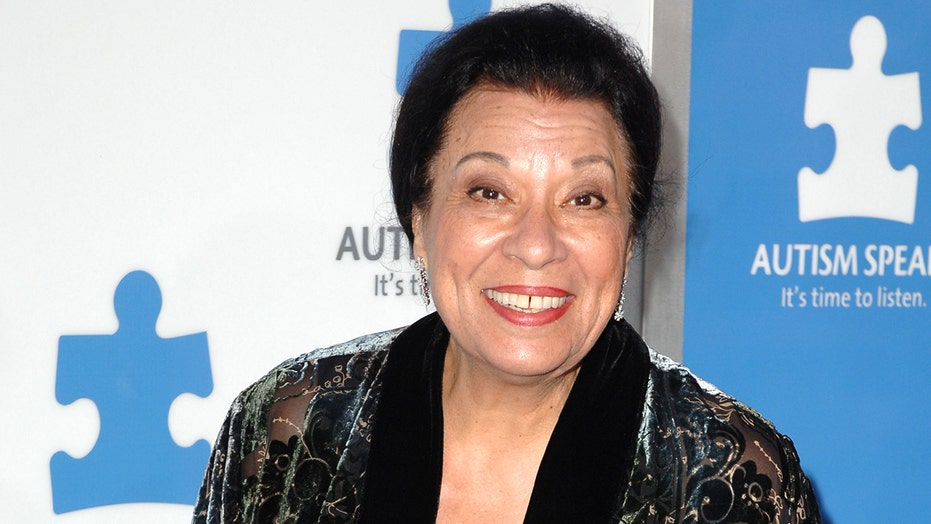 Shelley Morrison, the actress who was best known for playing Rosario Salazar on the hit NBC series "Will & Grace," died at age 83 on Sunday, prompting the sitcom's cast to pay tribute on social media.

Morrison died at Cedars-Sinai Medical Center in Los Angeles from heart failure after a brief illness, publicist Lori DeWaal told The Associated Press. She was 83.

On the original run of "Will & Grace" from 1999 until 2006, Morrison played Salazar, a maid from El Salvador, becoming part of a cast that won a Screen Actors Guild award for best ensemble in a comedy series.

The character, originally written for a single episode, proved so popular in her interactions with co-star Megan Mullally that she would appear in 68 episodes during the NBC series’ eight seasons.

“Rosario is one of my all-time favorite characters,” Morrison said recently, according to a statement and biography announcing her death. “She reminds me a lot of my own mother, who loved animals and children, but she would not suffer fools. It is very significant to me that we were able to show an older, Hispanic woman who is bright and smart and can hold her own.”

“My heart is heavy. putting shelley, her beloved husband walter & their children in the light. thank you for your friendship & partnership, shell. you accomplished wonderful things in this world. you will be missed,” she tweeted.

Eric McCormack, who starred as Will in the NBC sitcom, recalled Morrison on Twitter as a “beautiful soul” and wonderful actor. “Her work as Rosario, season after season, was as nuanced and real as it was hysterical,” McCormack tweeted.

“Shelley’s greatest pride as an actress was in playing the indomitable Rosario, in a comedy series that furthered the cause of social equity and fairness for LGBTQ people. … She believed that the best way to change hearts and minds was through comedy,” Dominguez said in a statement.

Before “Will & Grace,” Morrison was best known in her more than 50-year acting career for playing Sister Sixto on “The Flying Nun” alongside Sally Field from 1967 to 1970. 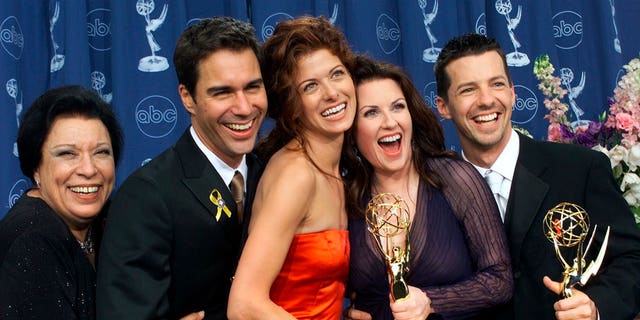 Shelley Morrison, from left, Eric McCormack, Debra Messing, Megan Mullally and Sean Hayes celebrate their awards for their work in "Will &amp; Grace" at the 52nd annual Primetime Emmy Awards in Los Angeles. Morrison, an actress with a 50-year career who was best known for playing a memorable maid on “Will and Grace,” has died. Publicist Lori DeWaal says Morrison died Sunday, Dec. 1, 2019, at Cedars-Sinai Medical Center in Los Angeles from heart failure. She was 83.
(AP Photo/Kevork Djansezian, File)

She guest-starred on dozens of television series starting in the early 1960s, including “The Fugitive,” “L.A. Law” and “Murder, She Wrote.” Most recently, she voiced a character, Mrs. Portillo, on the Disney animated series “Handy Manny.”

Born Rachel Mitrani to Jewish parents from Spain in the Bronx, New York, in 1936, Morrison spoke primarily Spanish as a child. She was often cast as Latina characters, but she played a range of ethnicities in theater, television and film.

Her movie roles put her in casts with Hollywood’s biggest stars of several eras.

She appeared with Dean Martin in 1968’s “How to Save a Marriage and Ruin Your Life,” with Barbra Streisand in “Funny Girl” the same year, with Gregory Peck in 1969’s “Mackenna’s Gold,” with Shelley Long in “Troop Beverly Hills” in 1989, and with Salma Hayek in “Fools Rush In” in 1997.

Morrison is survived by her husband of more than 40 years.