ARMYs will never get tired of BTS’ online series, Run BTS!. The popular variety show is available to stream on both VLIVE and Weverse, so it’s easily accessible to everyone in the fandom. Viewers love seeing what BTS does every week because it’s always so unexpected, and on Tuesday, Nov. 3, fans watched one of the most exciting episodes yet. This time, the program featured the BTS of gaming: the iconic League of Legends Korean esports team T1, made up of world-famous players Faker, Teddy, Effort, Cuzz, and Canna. Fans wondering who Faker is will be surprised to hear all about the star’s gaming achievements.

Ahead of the big episode, T1 teased their Run BTS! appearance on Twitter, writing, "Ready to RUN? #T1xRUNBTS with @bts_bighit," alongside an audio clip of BTS’ "ON" mixed with the voices of the K-Pop group talking about the players. The collaboration was so huge that even Team Liquid (another League of Legends esports team) was pumped, commenting, "Faker is joining BTS?" The episode turned out to be so entertaining, with BTS fanboying over Faker throughout the whole thing.

Fans couldn’t wait to see BTS compete against T1, especially Faker, who’s real name is Lee Sang-Hyeok, because he’s considered the most-famous LoL player in the world. If you’re unfamiliar with esports or Faker, you better learn his name because he’s only continuing to get more popular each year. 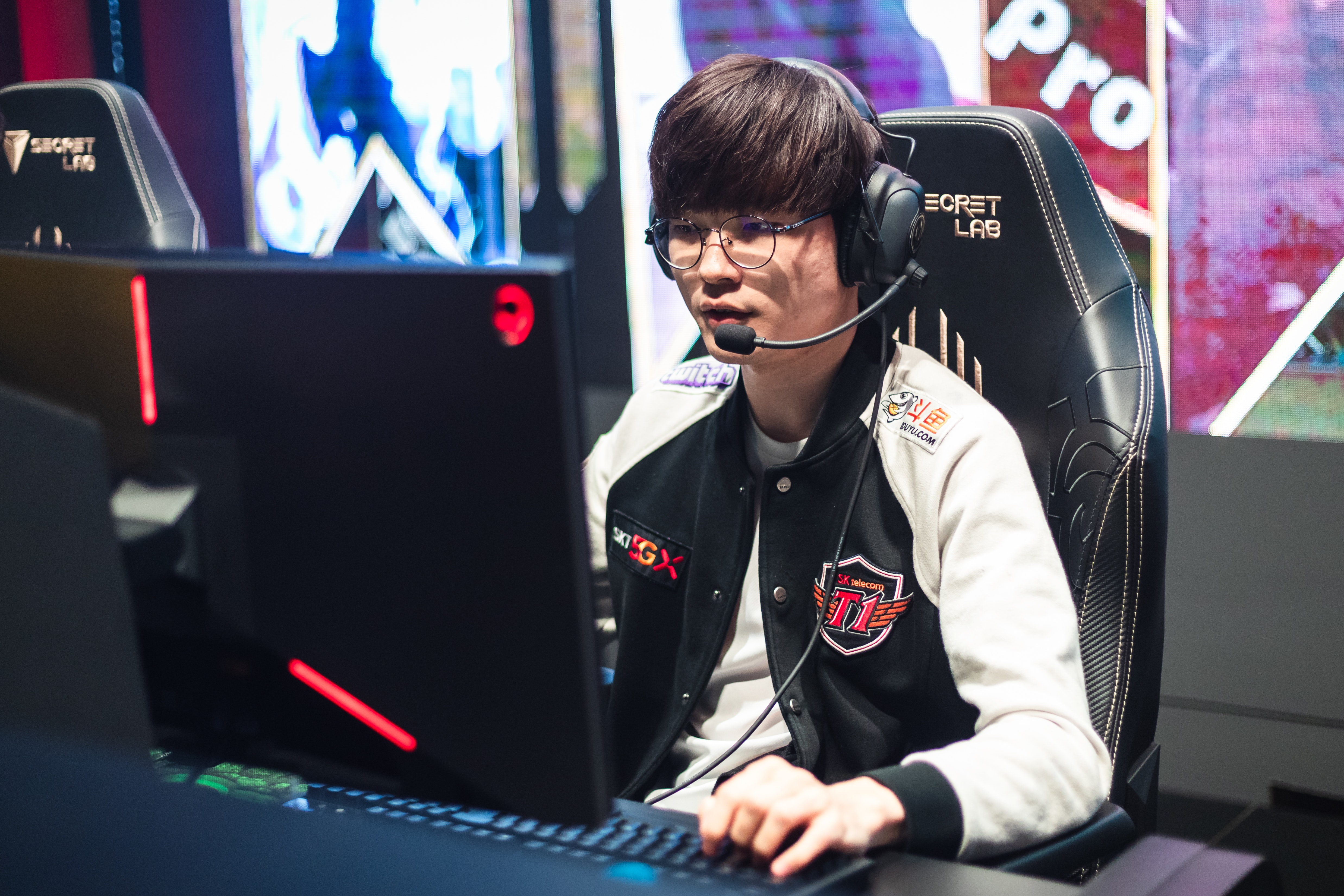 Faker reportedly began playing LoL in 2011 and just two years later, he got so good that T1 added him to its famous roster, officially cementing his career as a pro-gamer in 2013. The same year he joined the team, Faker led T1 to victory at the LoL World Championship.

That was only the beginning for the star’s achievements because he went on to win the event again in 2015 and 2016, becoming only one of two players to have won the Championship three times. The third time he came out on top, ESPN dubbed him the "Michael Jordan" of esports and said he had "no rival" who could match up to him. His fans also started calling him "God" because he became so legendary in the gaming world. Esports Earnings estimates Faker has won around $1.2 million dollars from his competitions through the years.

Now that you more know about Faker, you’ll appreciate his appearance on Run BTS! even more.