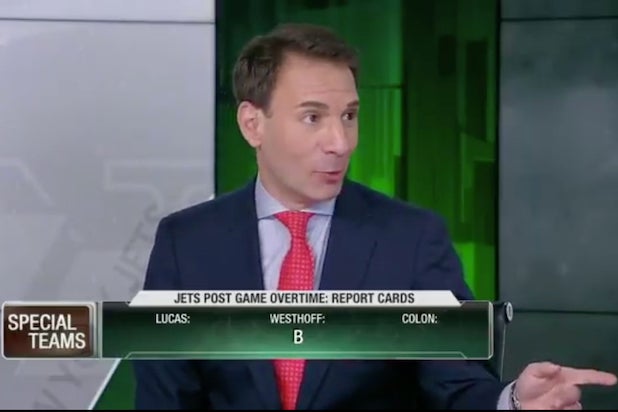 The lawsuit, filed in U.S. District Court for the Southern District of New York, accuses the network of taking Schwartz off a segment about “how football players were walking out of practice to support social justice” last August because he is white and later retaliating by terminating Schwartz after he complained to HR about being discriminated against.

Representatives for SNY and Sterling Entertainment Enterprises did not immediately respond to a request for comment.

Schwartz’s lawsuit comes three weeks after he filed a similar complaint with the Equal Employment Opportunity Commission to accuse his employer of racial discrimination.

In the EEOC complaint and the lawsuit, Schwartz said that he was expecting to host the segment in question with Jeané Coakley, Ralph Vachianno and Bart Scott. But before the segment was taped, according to the suit, Coakley said in a “loud, pained voice,” “No offense, but I don’t want to do this with a couple of white guys. You can’t understand what we are going through. Why are we doing this with white guys?”

Though Vachianno, who is white, volunteered to step aside after Coakley’s comments, Schwartz said he “believed he had a valued opinion to share, as well” but would do whatever the company directed, according to the lawsuit. Schwartz was later instructed by a producer, Marc Davis, to “take the week off” from the show because he didn’t “play the right position” for that week’s show.

The lawsuit said that Schwartz later contacted two network executives — Senior Vice President of Production and Executive Producer Curt Gowdy and Senior Vice President of Content Development Brad Como — and HR manager Jackie Mellett about the situation, who “agreed Schwartz should not have been pulled” from the segment because of his race and “assured him that it would not happen again.”

But in October, according to the complaint, Schwartz was informed that he would be terminated on Feb. 27 and that SNY “plans on replacing Schwartz with a less qualified candidate for the position.”

The lawsuit is seeking a trial by jury and an unspecified amount of damages.

Pamela Chelin contributed to this report.