Wheel Of Fortune viewers sound off in frustration after contestants struggle to answer VERY common phrase: ‘We live in the stupidest times’

Frustrated Wheel Of Fortune viewers sounded off on Twitter after contestants struggled to answer an extremely common phrase on the board that had just four letters missing.

The answer, ‘Another Feather In Your Cap’, was all but complete but eluded contestants who failed to immediately recognize the expression.

It took multiple attempts for contestants to finally arrive at the correct answer after a number of inaccurate and maddening guesses were made. 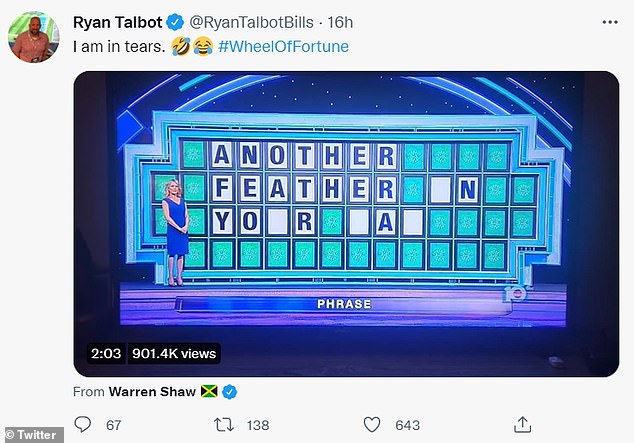 ‘I am in tears’: Wheel Of Fortune viewers vented on Twitter after contestants struggled to answer an extremely common expression

Contestants guessed the phrase had the letters ‘G’ and ‘D’, and one contestant failed to land at the correct answer despite having multiple chances.

She guessed the phrase had the words ‘hat’ and ‘lap’ before finally correctly guessing the expression had the letter ‘P.’

However, even after her answer, she inaccurately guessed the final word was ‘map.’

The expression was at last solved when one of the contestants guessed the letter ‘C’ and correctly said the phrase. 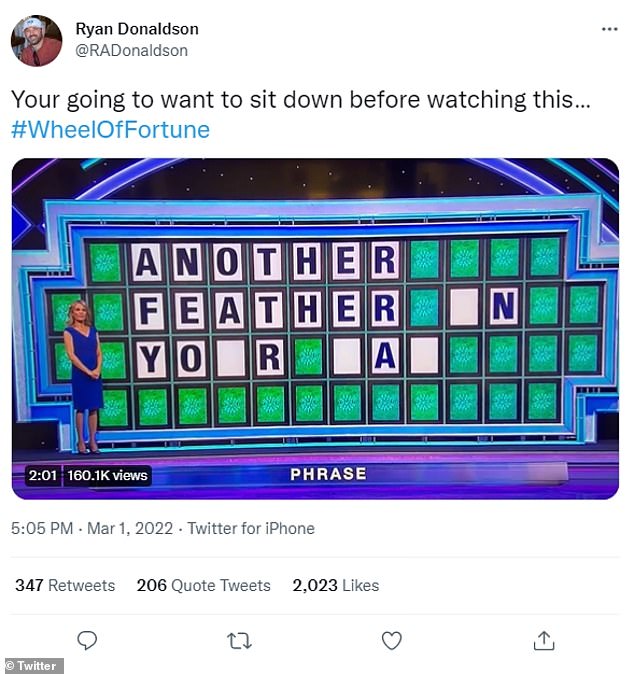 The agony: Fans could not believe how long it took for the contestants to land at the correct answer 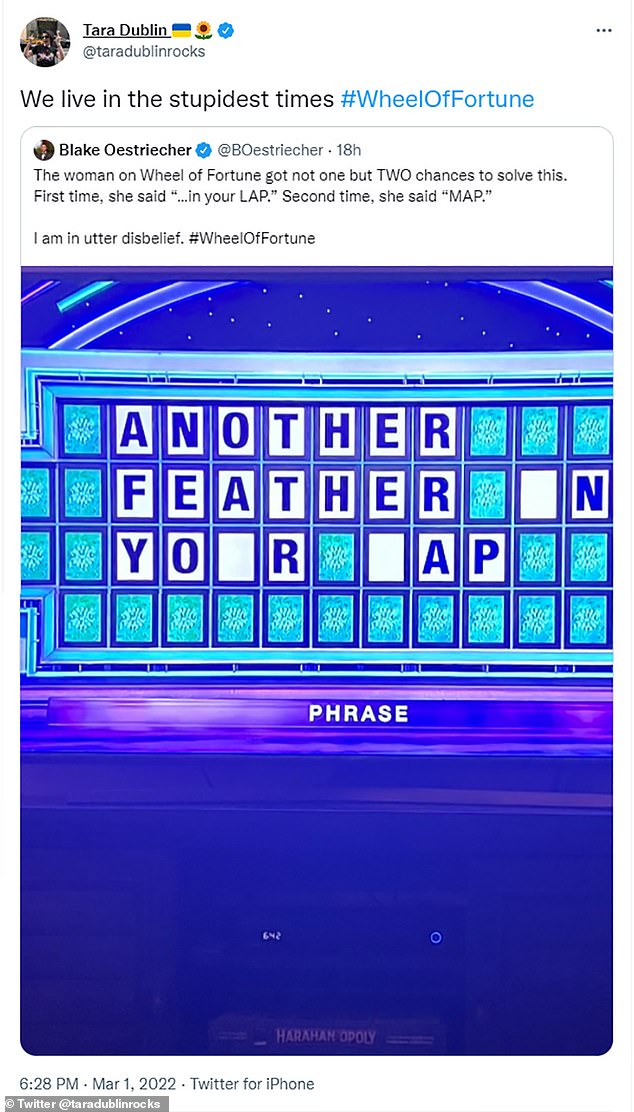 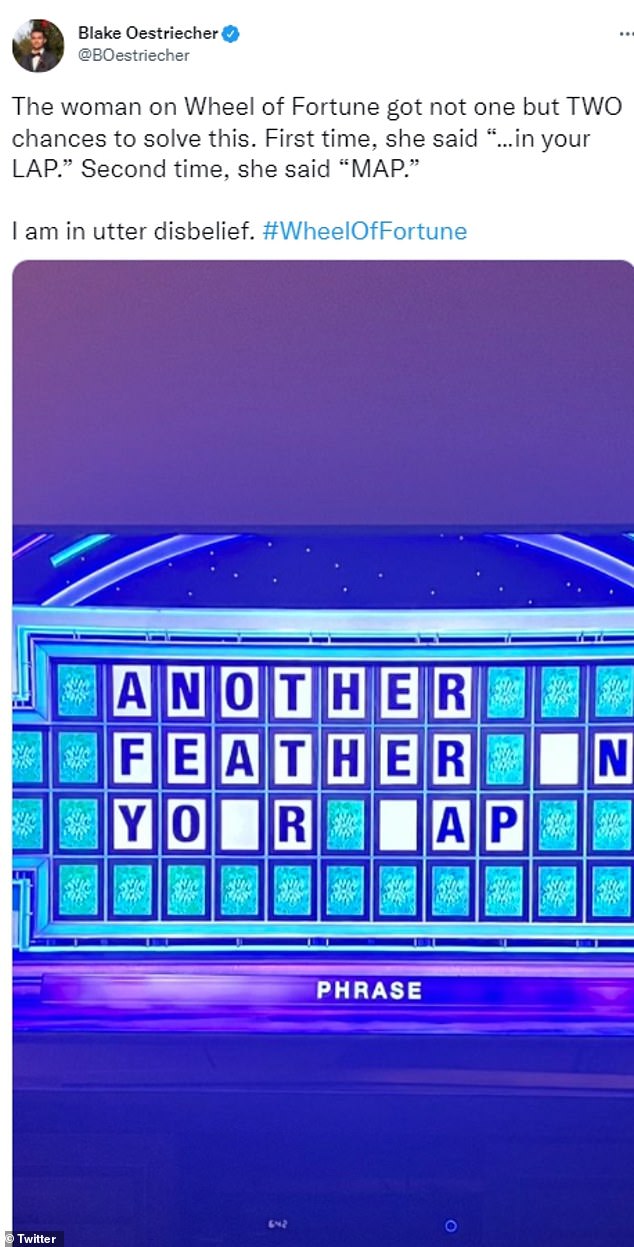 So close! The phrase eluded a contestant despite it only having three letters missing near the end of the segment

Fans just could not believe how long it took for the contestants to arrive at the answer.

‘Hey if you feel like screaming at the tv in agony and want to throw something at your screen round 2 of tonight’s Wheel of Fortune is *perfect* for you,’ posted one account.

‘We live in the stupidest times #WheelOfFortune,’ another remarked. 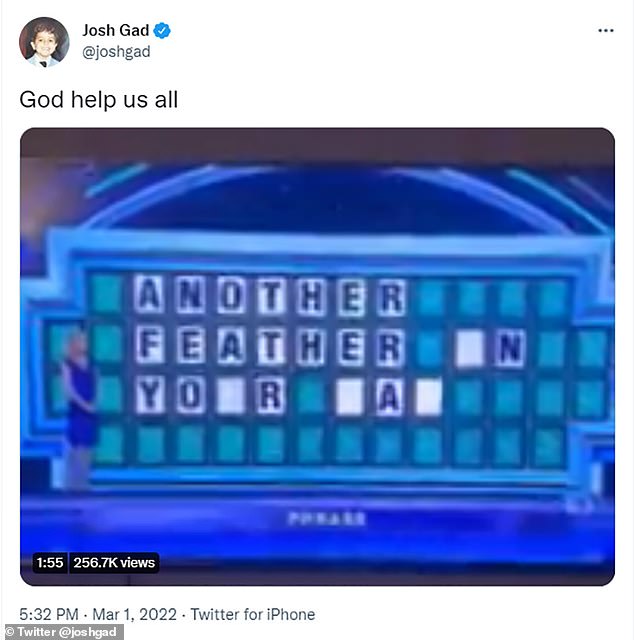 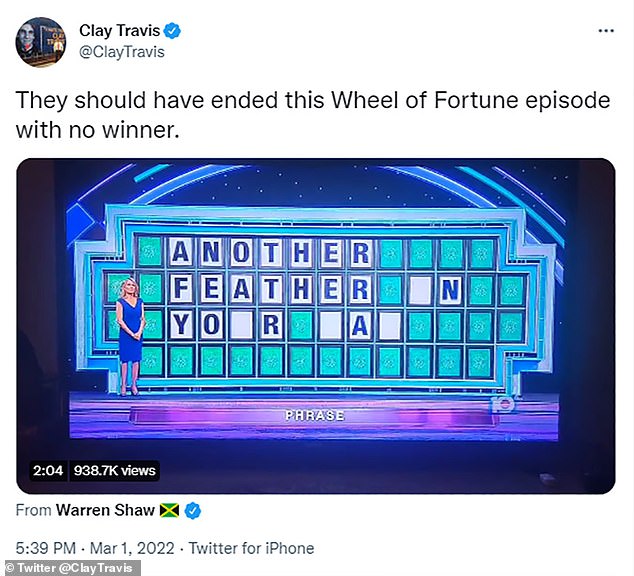 ‘The woman on Wheel of Fortune got not one but TWO chances to solve this. First time, she said “… in your LAP.” Second time, she said “MAP.” I am in utter disbelief,’ one viewer tweeted.

‘Your going to want to sit down before watching this…’ one Twitter user suggested as he posted video of the moment.

‘I am in tears,’ tweeted another, along with several laughing crying emojis.

‘This might have been the worst two minute stretch in Wheel of Fortune history,’ tweeted one viewer.

‘How have all 3 contestants on wheel of fortune right now never heard the phrase “another feather in your cap”?? This is madness!!!’ another commented. 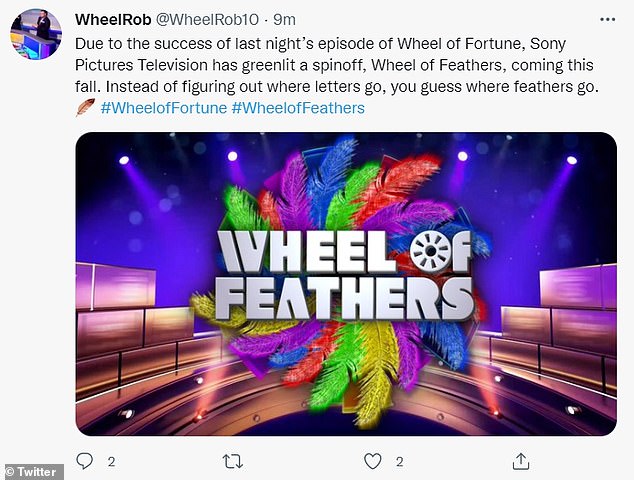 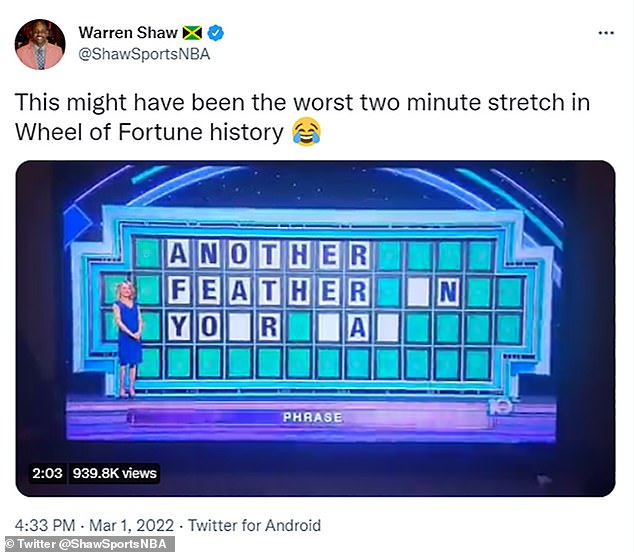