The Kardashian clan concluded their 20-season run of “Keeping Up With the Kardashians” with a two-part reunion special hosted by Andy Cohen. No topic, from Kim Kardashian’s 72-day marriage to Kris Humphries, to Kris Jenner and Caitlyn Jenner’s relationship and where it stands today, was off-limits. Kim discussed her split from Kanye West, with whom she shares four children, revealing that their divorce wasn’t due to one specific thing. “It was a general difference of opinions on a few things,” the KKW Beauty founder explained (via Reuters).

Kylie Jenner, meanwhile, explained that her insecurities motivated her to get lip fillers and launch a lip kit. “My love for makeup started with my insecurity with my lips,” she explained. Khloe Kardashian admitted she struggles with fame after being the punching bag for the media for so many years. She also revealed that she’s only had one nose job. Kourtney Kardashian attributed Scott Disick’s substance abuse to the reason the couple didn’t work out. When Andy asked Scott about his reaction to Kourtney’s relationship with Travis Barker, Scott replied (via Sunday World): “I think if you really love somebody, you want them to be happy no matter what. So I do give her a blessing to be happy.”

There was, however, one notable Kardashian family member missing: Rob Kardashian. The Kardashian brother, who hasn’t been a regular on the show in years, didn’t appear at the reunion at all. Read on to find out what Khloe had to say about his absence. 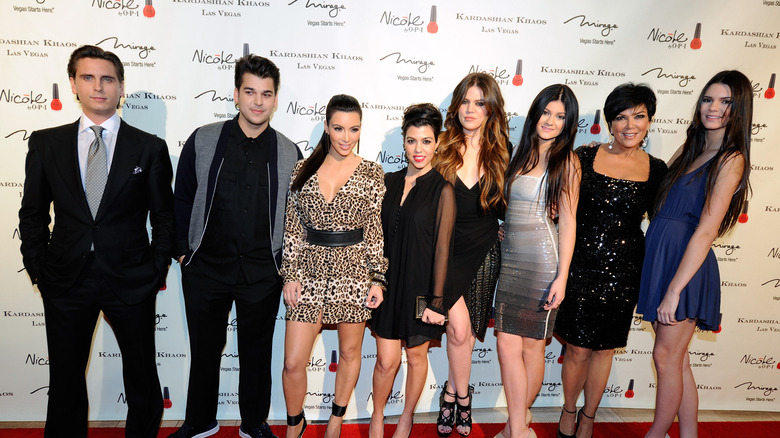 Rob Kardashian was the only missing sibling from the Kardashian-Jenner clan in the “Keeping Up With the Kardashians” two-part reunion special. Rob started pulling back from the series and public appearances in general when he split from Blac Chyna in 2016, with whom he shares 4-year-old daughter Dream. Rob was also dealing with health issues as a result of diabetes. Khloe, however, explained that there was more to the story. “It’s not so much about physical appearance,” Khloe explained (via Daily Mail). “It’s about how he felt internally about some of the women in his life, and how they treated him or how he felt they might have used him to get to certain areas or levels. I think that really affected him, because my brother is such a lover, and has the most incredible heart and personality.”

Khloe concluded that her brother has gotten stronger and has learned “from his mistakes,” adding, “I think he’s just stronger and feeling better to be around, and be more vulnerable or exposed.” The family revealed that Rob is dating again, but his primary focus is on his daughter and co-parenting with Blac Chyna, despite the fact that she’s suing the Kardashian family, per Vanity Fair. “None of us make him feel bad about it,” Khloe said, noting how Rob feels incredibly “guilty” for putting the family in that position.