Wendy Williams’ estranged husband, Kevin Hunter, and the pair’s son, Kevin Hunter Jr., got in a fight on Wednesday, May 22, and the police were called, Us Weekly can confirm.

TMZ reported that Williams, 54, took her son to their family home in New Jersey to pick up something with plans to return for him later. Kevin Jr. reportedly did not know his father was home at the time, but the duo left there and headed to a nearby store together in the early hours of Wednesday morning. 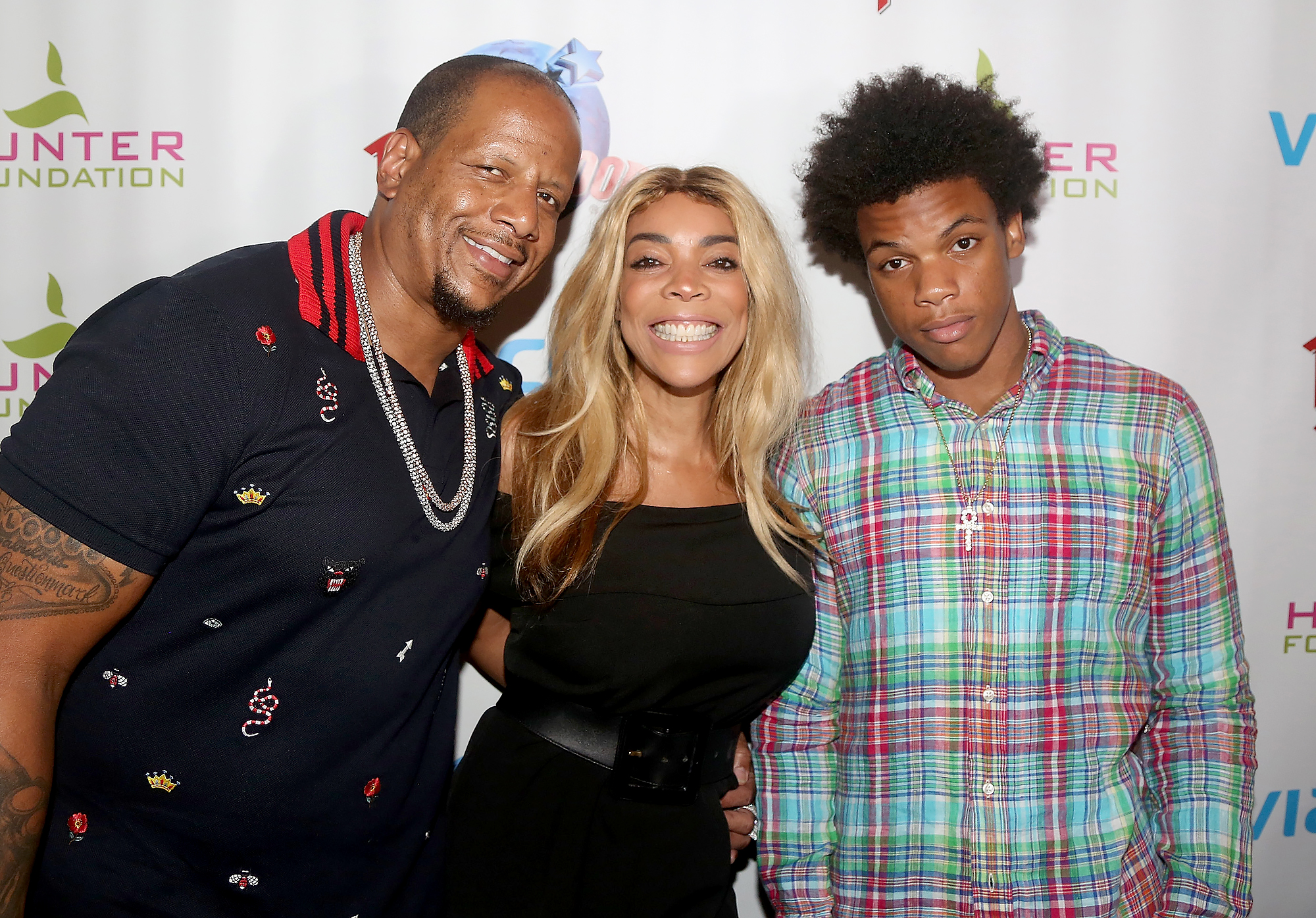 The two allegedly got physical in the parking lot after arguing about Kevin Sr.’s request for spousal support amid his divorce from the Wendy Williams Show host, according to TMZ. The TV producer, 46, reportedly accused his son of being brainwashed by his mother and put him in a headlock, leading the 18-year-old to punch his father to break free. An insider tells Us Kevin Jr. was arrested as a result.

Kevin Sr. addressed the incident by releasing a statement. “I love my son very much and I will not be pursuing this matter legally,” he told TMZ. “Things are not always how they appear.”

Williams filed for divorce from her husband of 21 years in April. The move came after years of cheating allegations. A source confirmed to Us that Kevin Sr.’s alleged mistress, Sharina Hudson, welcomed a baby in March.

Us exclusively revealed in April that police visited the estranged couple’s home after the former Wendy Williams Show producer showed up with a moving truck.

The authorities checked on Williams in January too, when an anonymous caller who claimed to be a part of her staff alleged that Kevin Sr. was poisoning her. The Ask Wendy author denied the tipster’s suspicions at the time.

The talk show host, who divulged in March that she had been living in a sober house to cope with addiction, is now focused on staying strong for her son. A source told Us in April that Kevin Jr. is “a huge priority in her life” and “a reason to remain sober.”

Us has reached out to Williams and Kevin Sr. for comment.