Wendy Williams donned a sporty getup as she stepped out in New York Saturday.

The Wendy Williams Experience host topped the skirt with a white varsity jacket over a printed t-shirt. 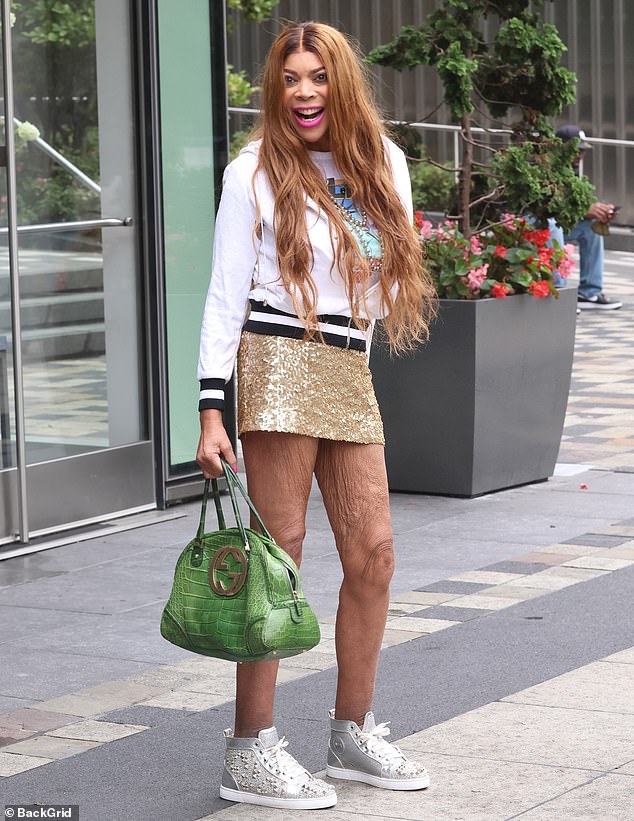 Sporty: Wendy Williams, 58, donned a sporty getup as she stepped out in New York City on Saturday, rocking a gold sequined miniskirt and sparkly silver sneakers

Her long red hair was styled in loose curls and she carried a green leather Gucci bag.

The Chicago actress wore daytime makeup and finished the look with a bright pink lip.

The outing comes one day after the explosive news that the Wendy’s Got The Heat author’s attorney, LaShawn Thomas, made allegations in Page Six that Wendy’s former financial manager cut off access to her funds and ‘left Wendy to die.’ 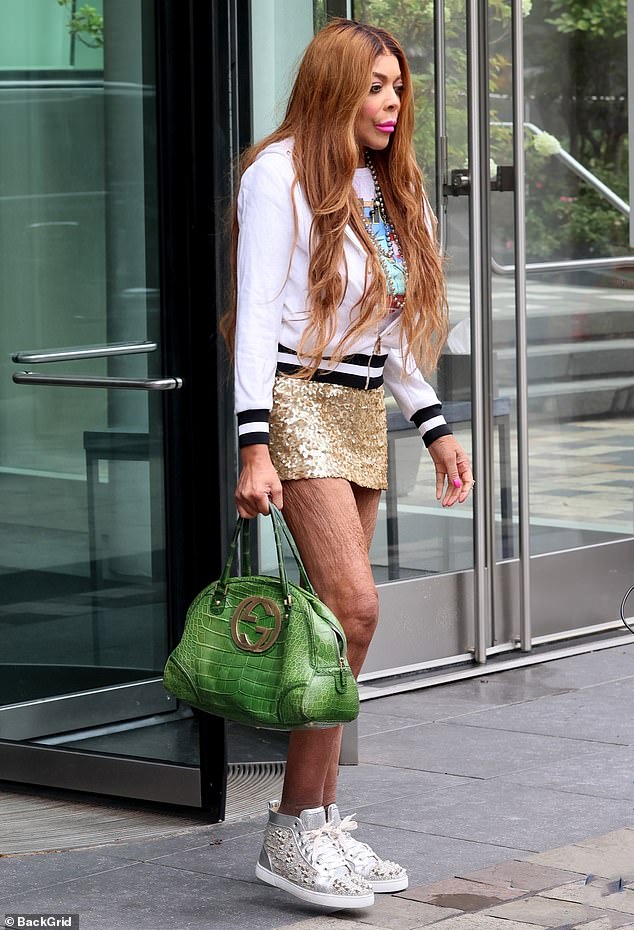 Varsity: The Wendy Williams Experience host topped the skirt with a white varsity jacket over a printed t-shirt. Her long red hair was styled in loose curls and she carried a green leather Gucci bag

Wendy’s son, Kevin Hunter, Jr, 22, told The Hollywood Reporter in May that the financial fracas began shortly after his mother asked Wells Fargo for her bank statements so she could switch banks over suspicions about former advisor Lori Schiller.

Kevin claims Wells Fargo refused to release the information and instead put a temporary hold on the funds, claiming that the Drama is Her Middle Name author  was ‘incapacitated’ and a ‘victim of undue influence and financial exploitation,’ before filing a petition for guardianship, according to a February article in Variety.

Schiller was fired, but according to Wendy’s attorney, Wells Fargo continued to deny access to the accounts and forced the Death by Gossip with Wendy Williams producer to use her American Express card to cover ‘all of her living expenses.’ 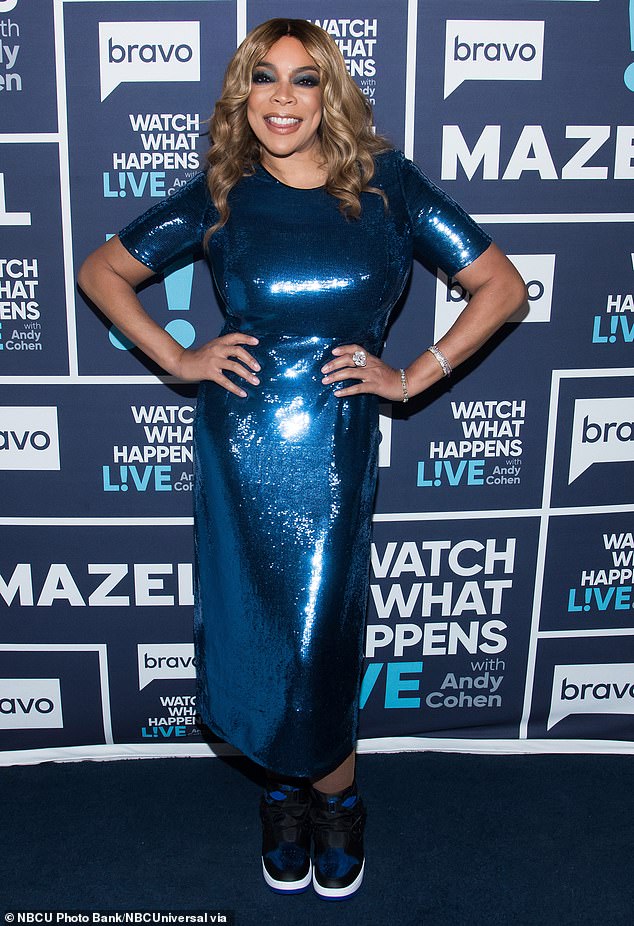 Legal battle: Williams is in a legal battle with Wells Fargo and her former financial manager after her lawyer claimed both cut off access to funds and ‘left Wendy to die’; seen in 2019

A temporary guardian was appointed in March, and, in May, a New York judge appointed a new guardian in a move that effectively removed Wells Fargo from operational control of Williams’ funds, according to Deadline. The new guardian’s identity has not been publicly revealed.

Wendy and her attorney are not happy with the current terms and continue to fight for control of her money.

‘Please be advised that Wendy is not in agreement with the appointment of a financial guardian by the court. Wendy has been very clear that she does not want a financial guardian to tell her what she can and cannot do with her money’  the attorney said according to Page Six. 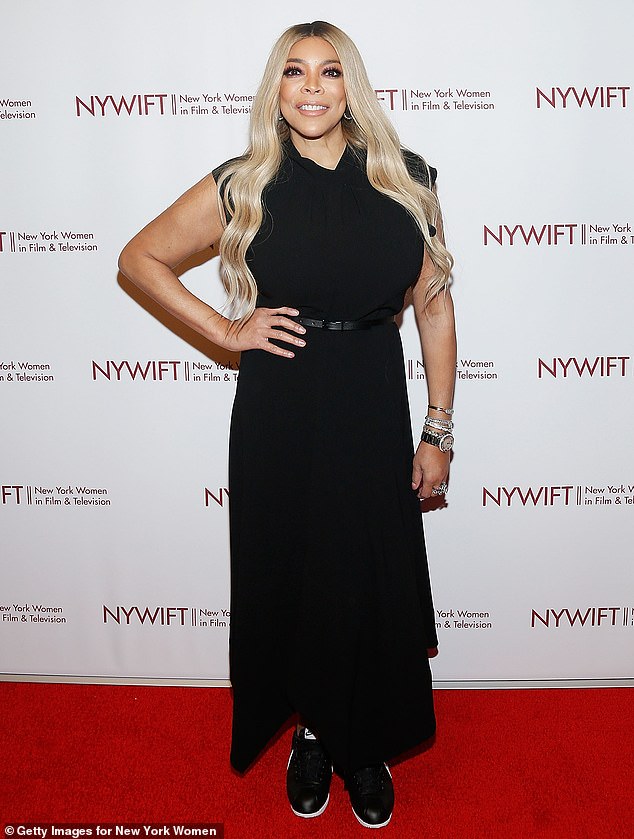 Guardianship: The Drama is Her Middle Name author has been under court-ordered guardianship since March.  She and her attorney are fighting to end the supervision and return  control of her money; seen in 2019 in NYC