Well, at least one thing is growing in all this sunshine: Holly Willoughby’s hair!

A little sun exposure has many health effects – but making your hair grow faster may be one surprise benefit.

The news is unlikely to shock Holly Willoughby, however – as she has credited her own luscious locks to the heatwave.

The presenter, who fronts ITV’s This Morning, posted a photo on her Instagram page in which her hair appeared at least two inches longer than in another picture uploaded four weeks earlier.

The 41-year-old credited Vitamin D for the transformation, writing: ‘All this Vit D’s making my hair grow.’

Some of her fans, however, have raised the idea that her longer hair is courtesy of extensions. 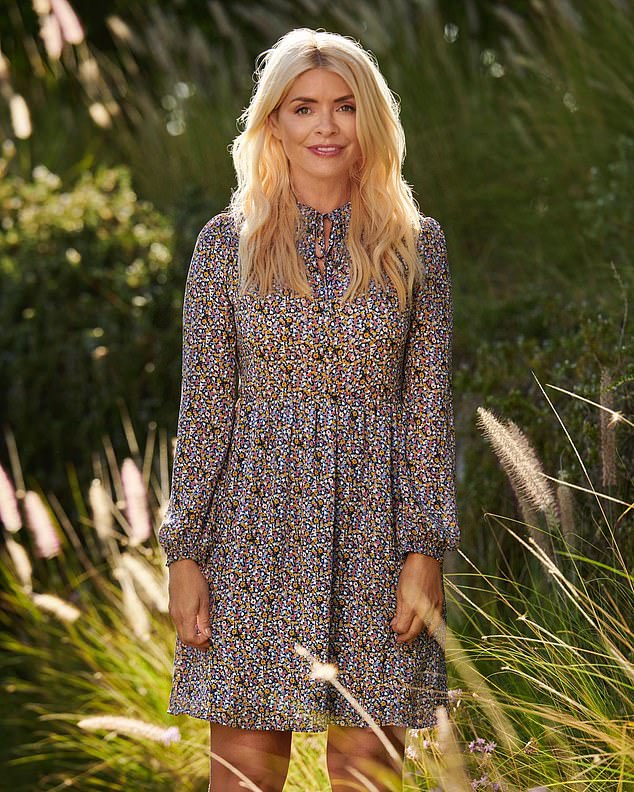 Ray of Sunshine: Holly Willoughby has credited her own luscious locks to the heatwave

In recent weeks, Ms Willoughby has enjoyed the hot British summer before jetting off abroad for a holiday with her husband and their three children.

The body needs it to process calcium, which is required for strong bones, and cholesterol.

Vitamin D from sunlight helps to stimulate and regrow hair follicles. Also, a bit of sun exposure each day can prevent hair from falling out. 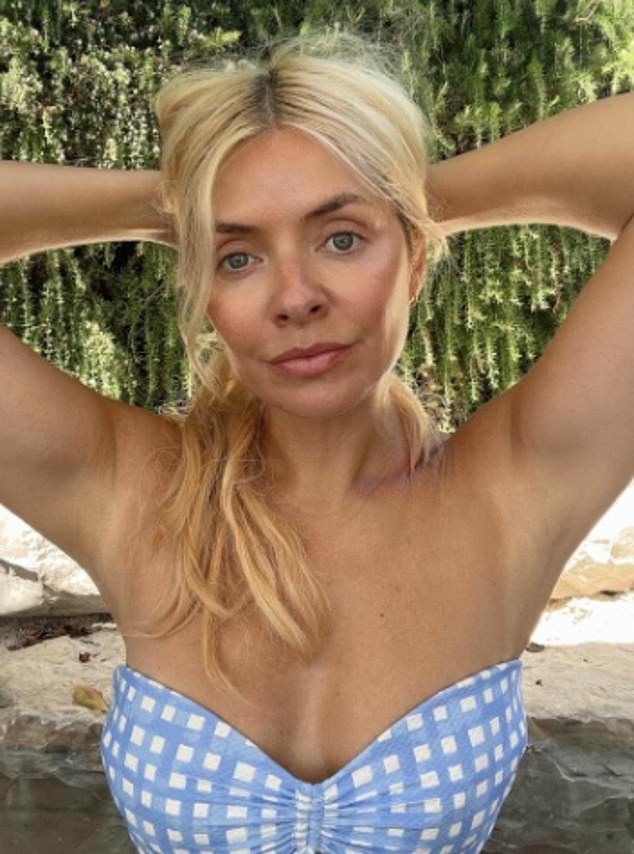 Stunning: Holly Willoughby gave fans a glimpse into her summer holidays as she shared a mood board of ‘blissful moments’ on her Wylde Moon blog

The sun, too, helps to treat the skin on the scalp in the same way that it benefits facial skin – slowing the growth of cells which causes a spread of acne.

Ms Willoughby’s hair is much discussed among fans on Instagram and the viewers of This Morning. In November 2021, she chopped it into a bob after having it resting on her collarbone for some years.

US dermatologist Dr Robyn Gmyrek said that the sunshine can increase hair growth, though it is likely to be marginal.

‘It’s possible that the warmth causes an overall increase in blood flow, which increases circulation – which, in turn, increases the amount of nutrients and growth factors delivered to the hair follicle,’ she added.