Shirtless Vin Diesel, 54, welcomes Zoe Saldana and her husband Marco Perego onto his luxury yacht as the group lap up the sunshine in Portofino

Zoe Saldana and her husband Marco Perego were seen being whisked to Vin Diesel and his girlfriend Paloma Jiménez’s luxury yacht in Portofino on Saturday.

Relaxing on deck, Vin, 54, worked on his tan while soaking up the sunshine shirtless as Mad Max actress Paloma, 38, wore a stylish patterned cover-up.

Arriving by dinghy, Zoe, 43, looked typically stylish in a long-sleeved white top and chic sunhat, while 42-year-old artist Marco wore his hair swept up into a bun and donned a white T-shirt. 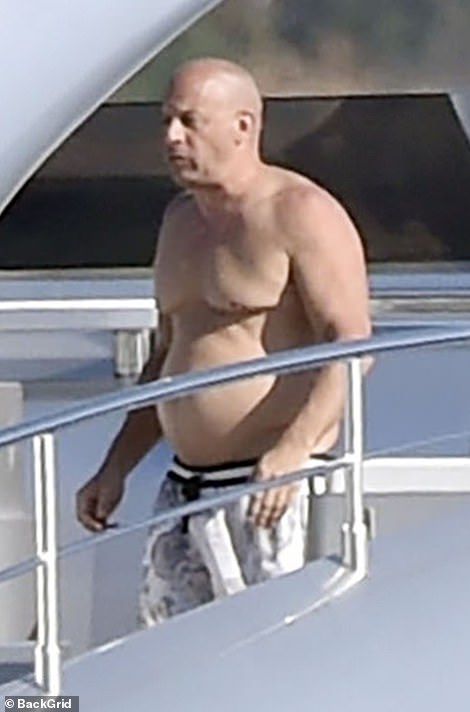 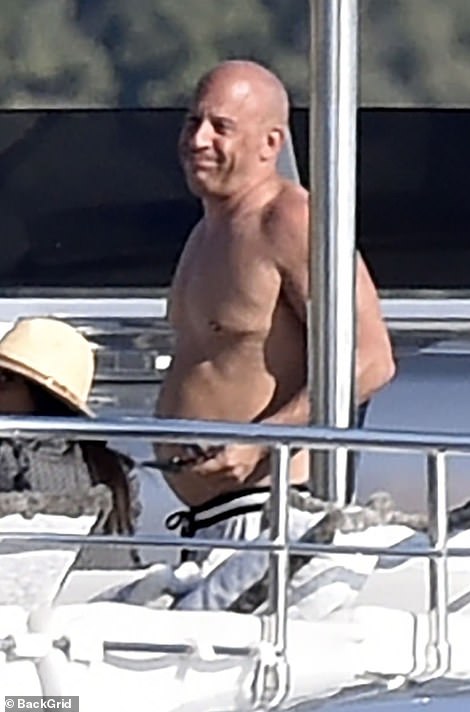 Lapping up the sunshine:  Vin Diesel enjoyed an afternoon at sea in Portofino, Italy on Saturday 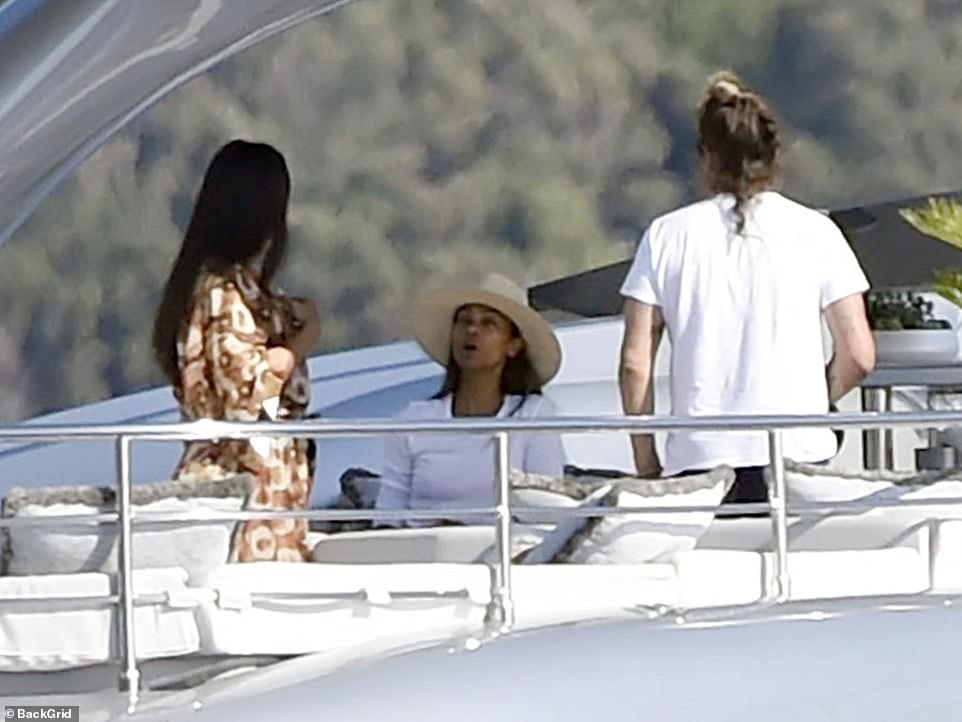 Fun: Zoe Saldana, 43, and her husband Marco Perego, 42, were seen being whisked to Vin, 54, and his girlfriend Paloma Jiménez’s, 38, luxury yacht

Once on board, the group chatted away while lounging on the enormous vessel.

Vin, who stars alongside Zoe in the upcoming Avatar sequel, appeared to tuck into a tasty snack before cooling off in the water, where he whizzed around on a seabob.

The Riddick star donned a pair of white swimming trunks while making the most of his Italian getaway.

It comes after the group enjoyed a very fashionable dinner in the seaside village on Friday, a day after Zoe dropped jaws in a red sequinned Dolce & Gabbana gown at Venice Film Festival on Thursday night. 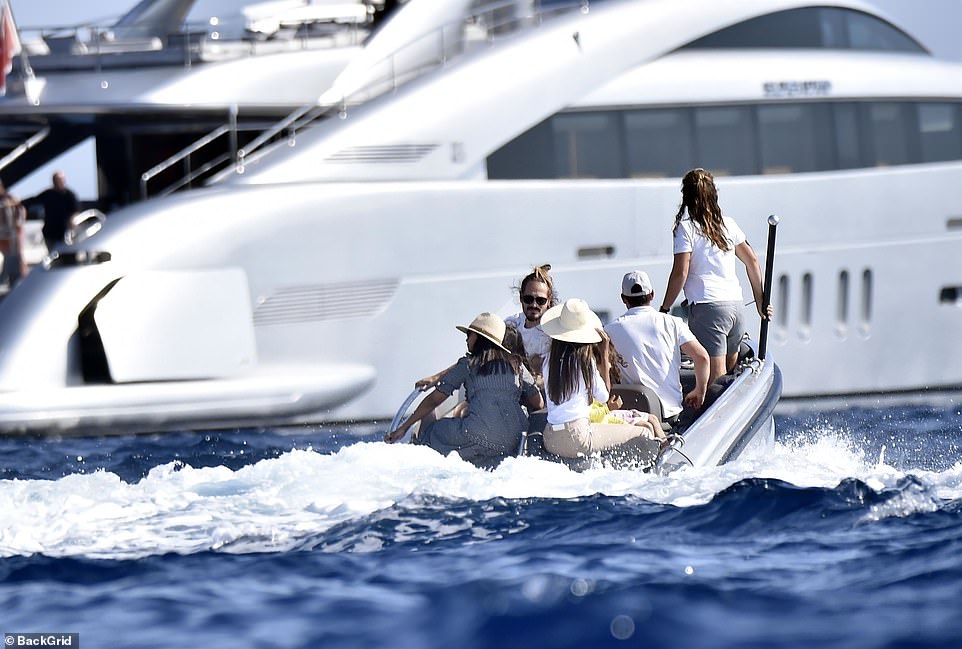 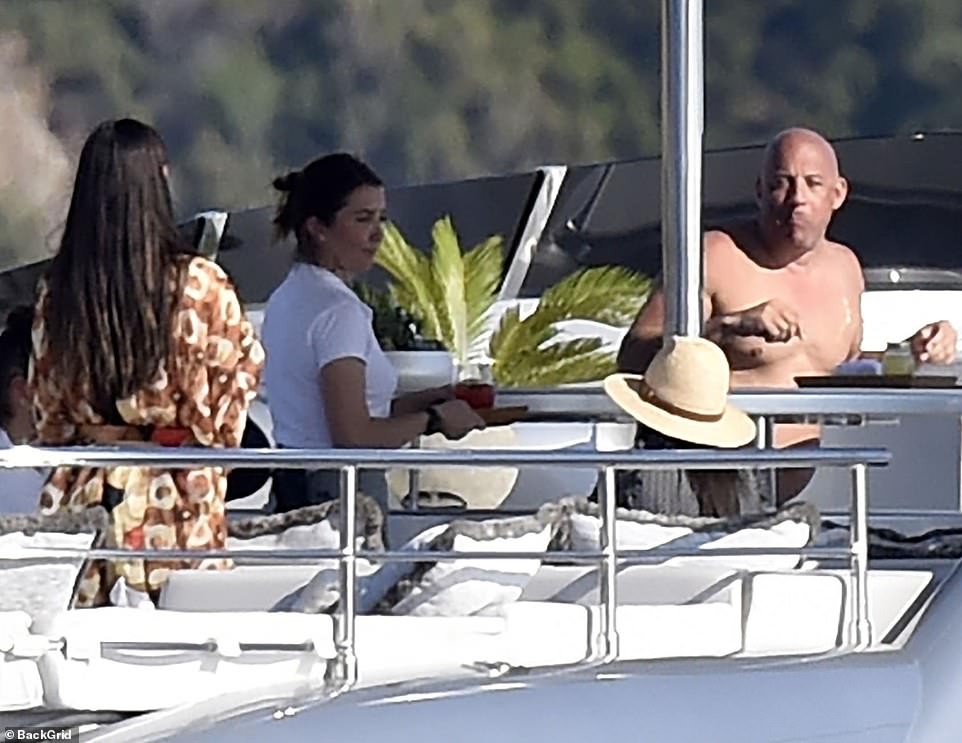 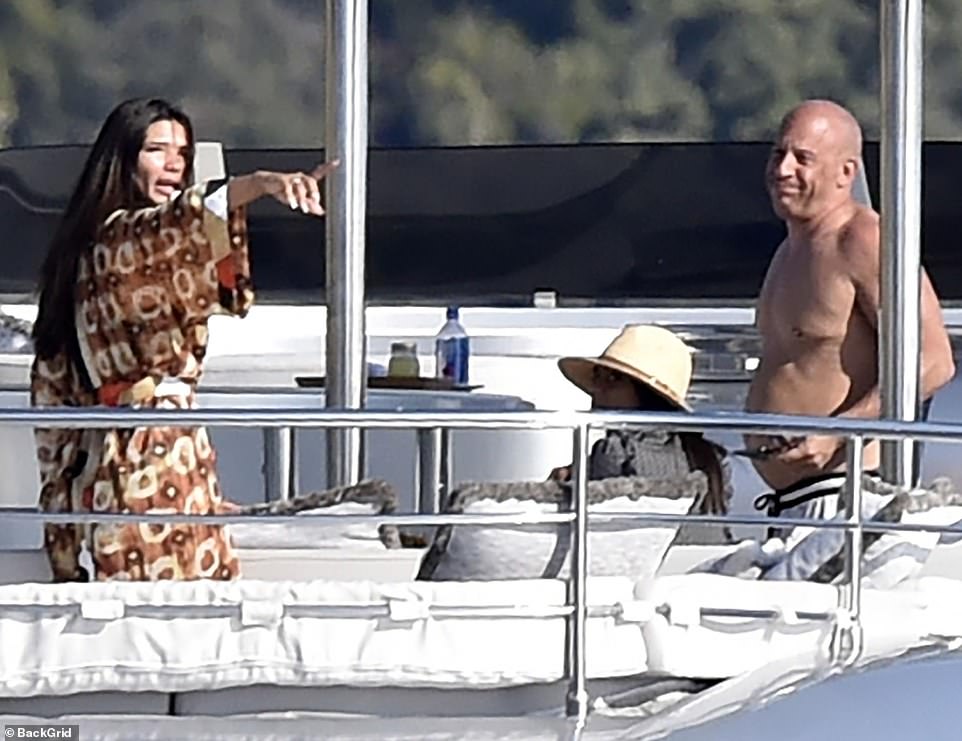 Chatting away: Once on board, the group chatted away while lounging on the enormous vessel

The Guardians Of The Galaxy star looked more loved up than ever as she beamed next to Marco before heading in to watch Paolo Sorrentino’s new drama The Hand of God at the prestigious festival.

Zoe looked incredible in the gown which featured a thigh-high split, and she finished off the look with black strappy heels, loose brunette tresses and elegant makeup.

Meanwhile Marco donned a black tuxedo and suede boots, and styled his hair out. 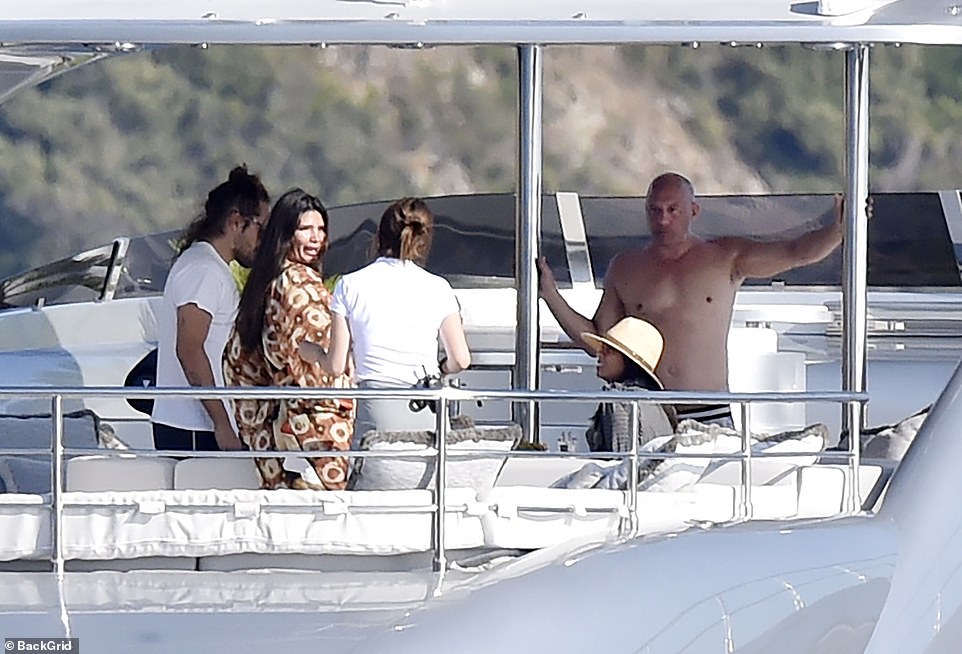 Crisp: 42-year-old artist Marco (far left) wore his hair swept up into a bun and donned a white T-shirt 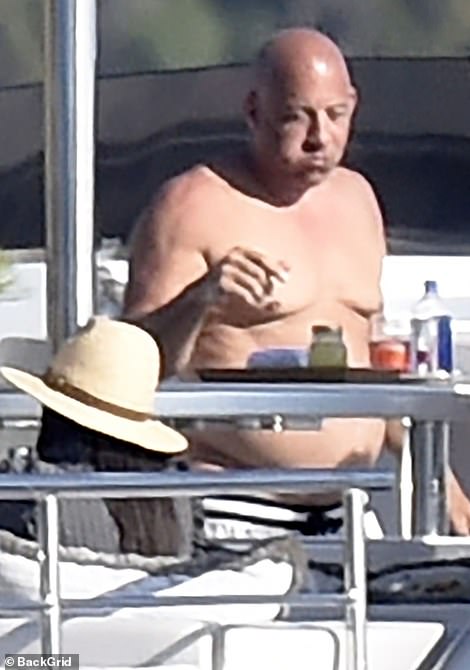 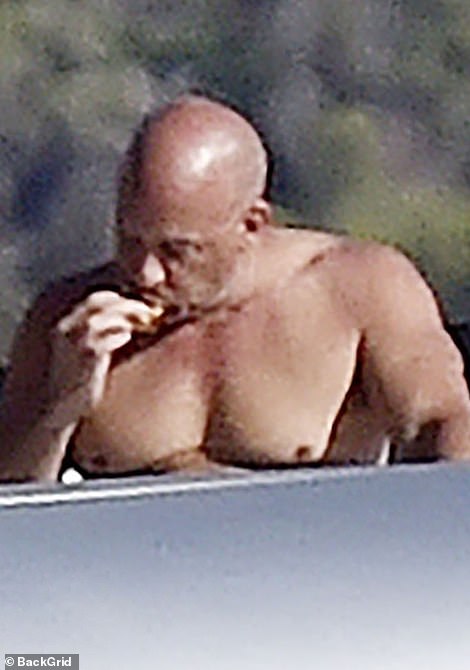 Tasty: Vin appeared to tuck into a tasty snack before cooling off in the water 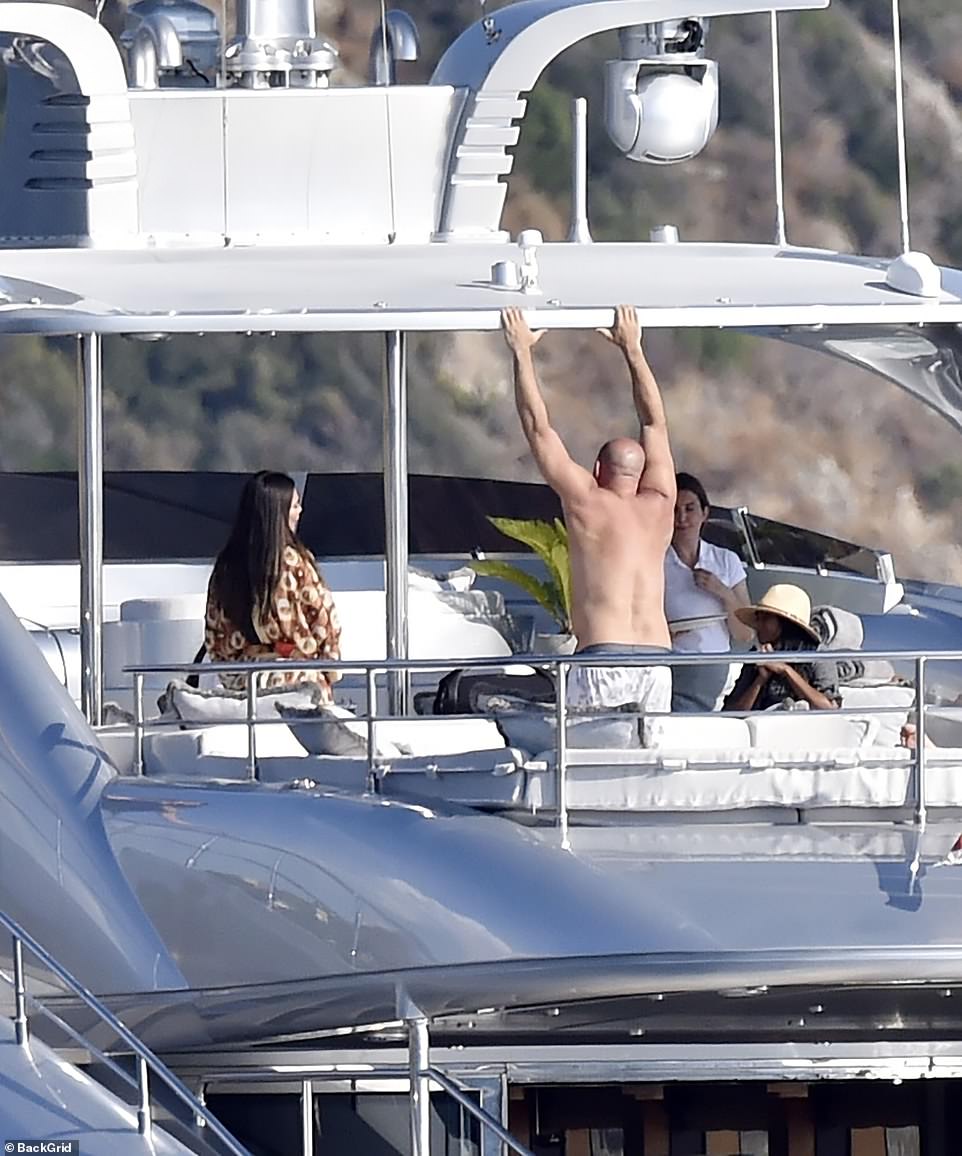 Plans: The group appeared to discuss plans for the day as Vin rested his hand on the top of the boat 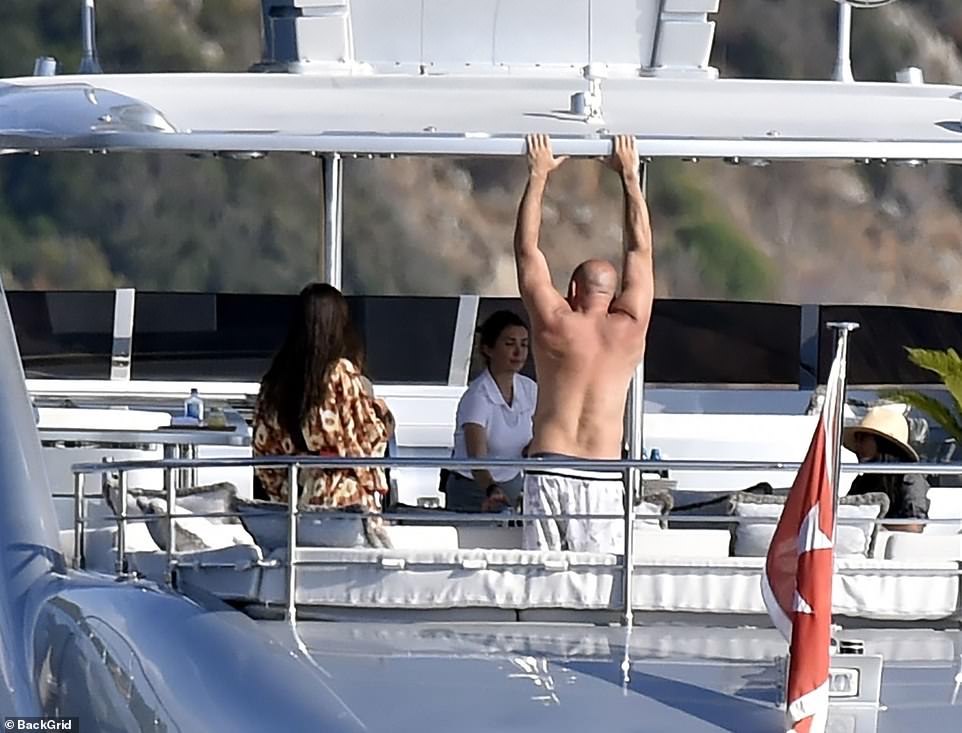 Sunshine: The Italian sunshine was beaming

The 2021 Venice Film Festival is taking place from 1-11 September, and is considered one of the world’s oldest awards ceremonies and one of the ‘Big Five’ events.

The jury is headed by Parasite frontman Bong Joon Ho, who said he is ‘honoured to be woven into its beautiful cinematic tradition.

‘As president of the jury — and more importantly as a perpetual cinephile — I’m ready to admire and applaud all the great films selected by the festival. I’m filled with genuine hope and excitement.’ 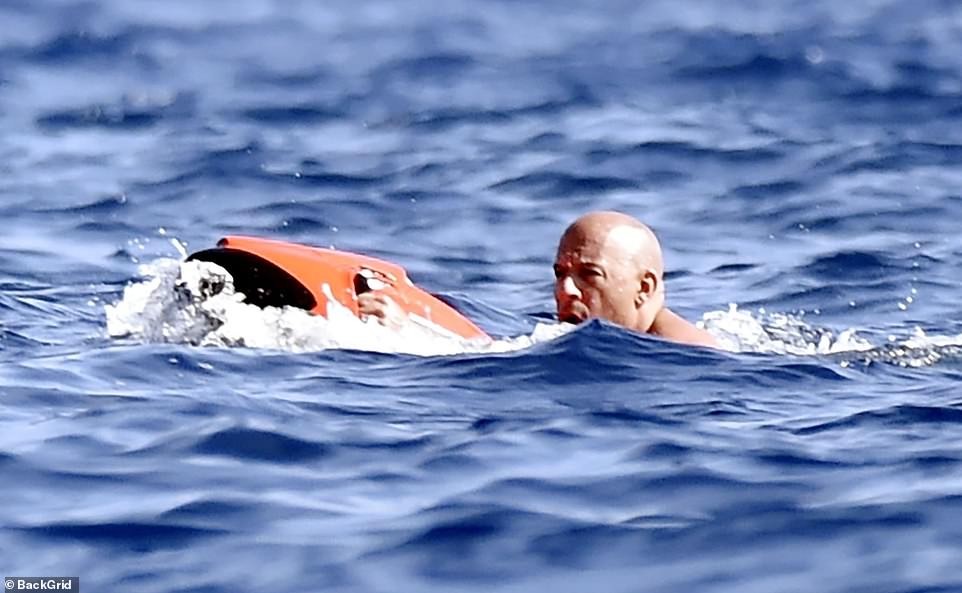 Seabob: Once in the water, Vin whizzed around on a seabob 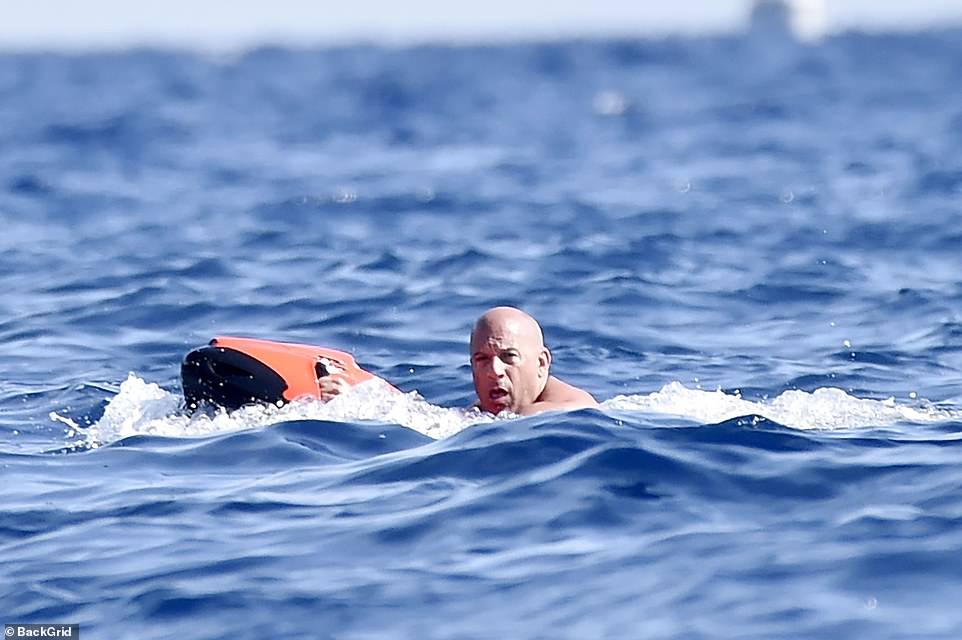 Having fun: The film star appeared to be in his element 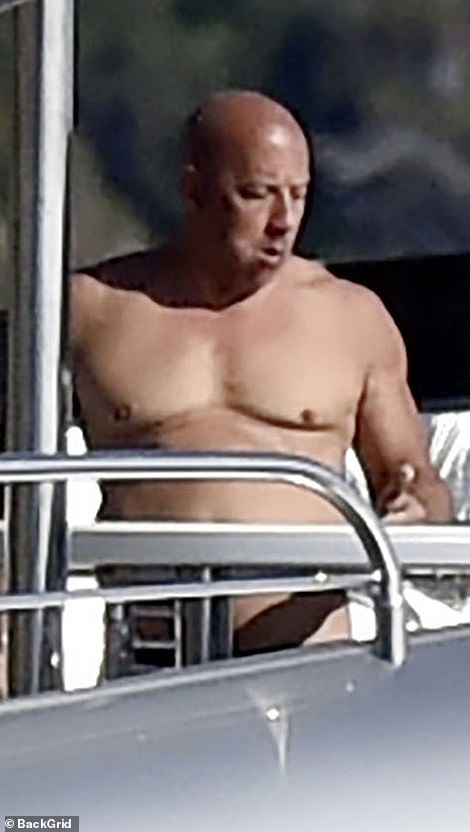 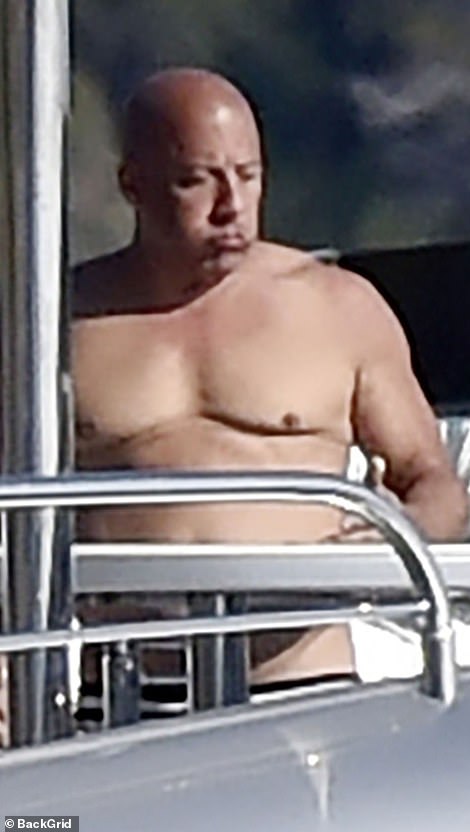 Kicking back: Vin no doubt enjoyed having time off from his hectic schedule 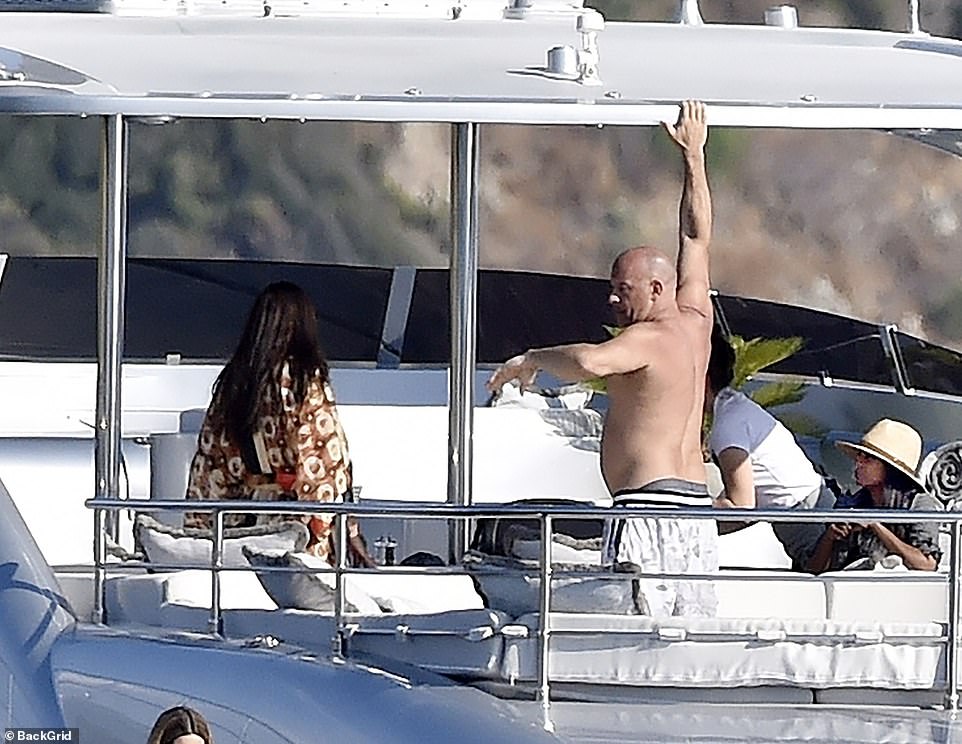 Friends: The group of friends appeared at ease in each other’s company

This year’s festival has also seen the grand return of its star-studded red carpet premieres, after last year’s event was drastically scaled back due to the Covid pandemic.

The Hand Of God is a story of a boy in the tumultuous Naples of the 1980s.

Sorrentino’s most personal film yet is a tale of fate and family, sports and cinema, love and loss. 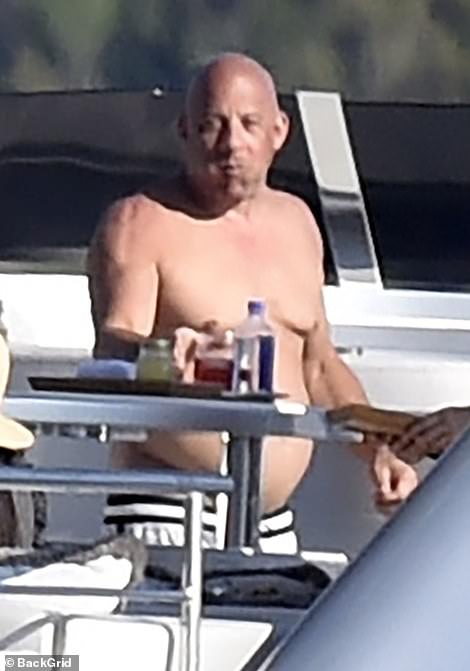 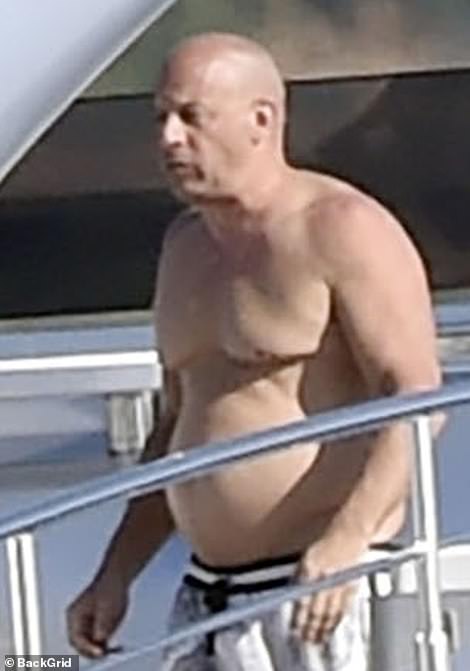 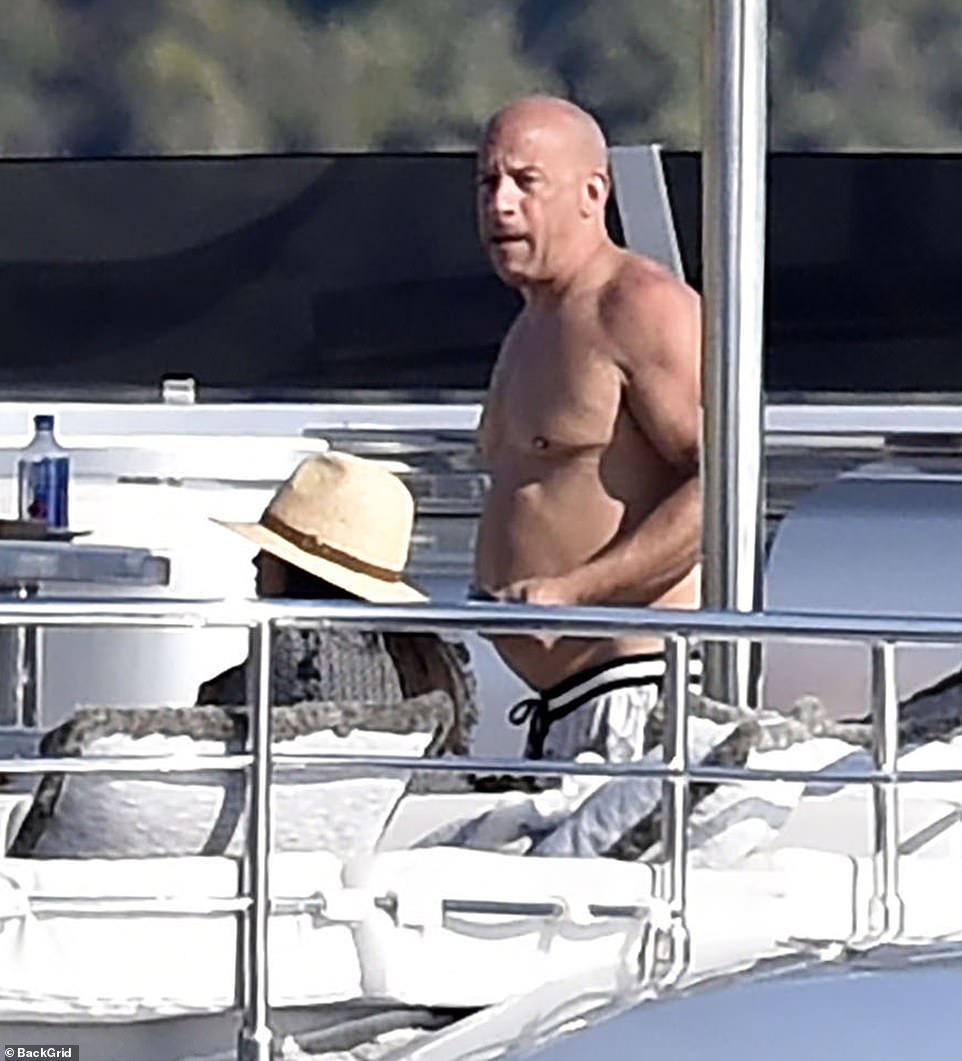 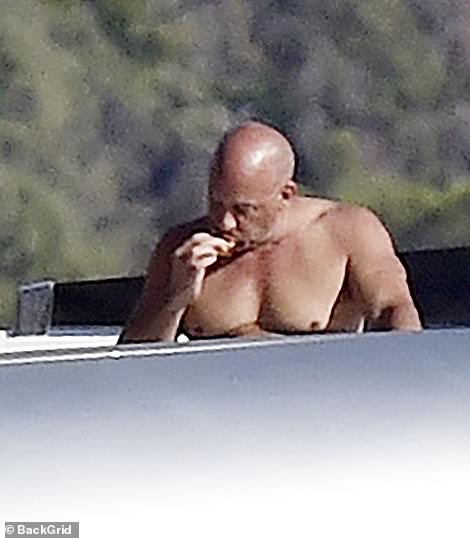 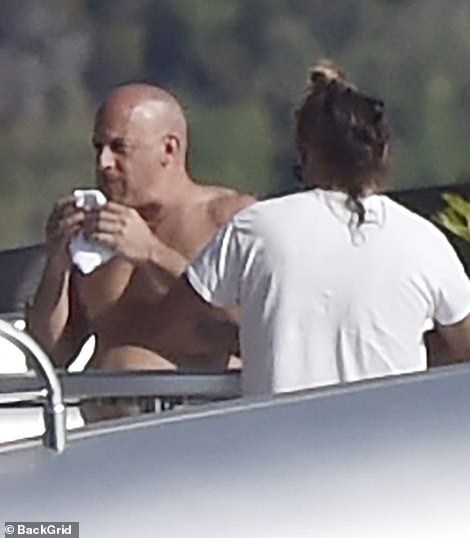 Lunch: Vin and Marco (right) tucked into food sitting opposite each other