‘Kisses from Miami!’ Victoria Beckham stuns in a linen coral beach cover up as she soaks up the rays during family trip after celebrating 47th birthday

She’s been living it up in Miami with her family celebrating her 47th birthday.

And the good times continued to roll for Victoria Beckham, as she shared some sun-soaked shots while enjoying a reading session on her kindle on Saturday.

The fashion designer looked impossibly chic in a linen coral beach cover-up, which featured stripes of yellow and white. 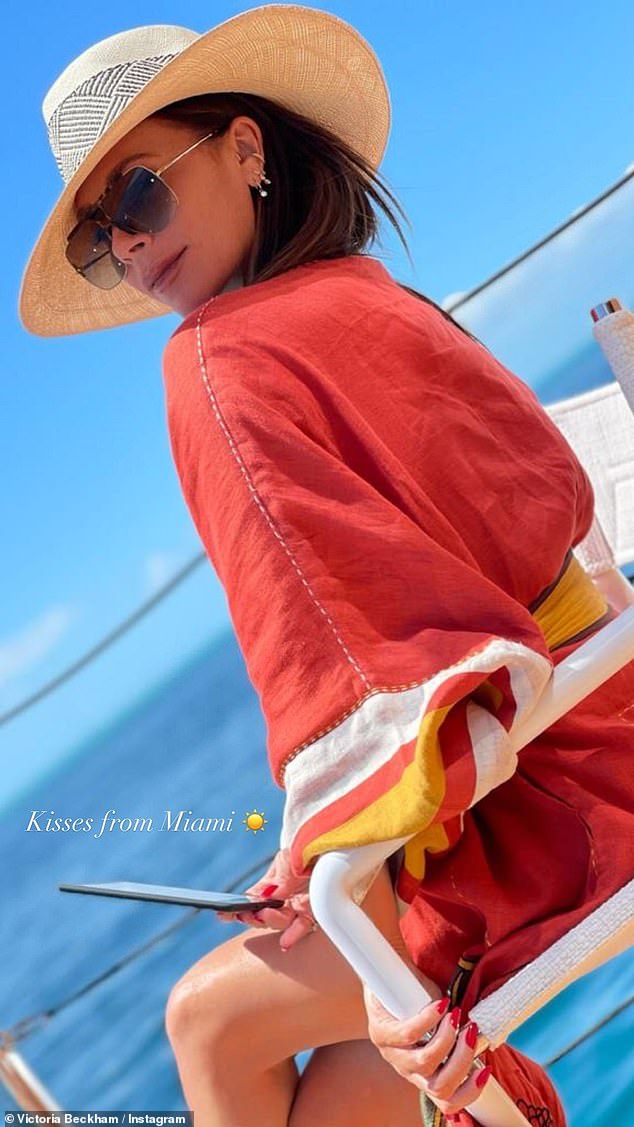 Luxury living: Victoria Beckham shared some sun-soaked shots while enjoying a reading session on her kindle on Saturday

The mother of four styled her beach look with a stylish straw hat and a pair of oversized shades, as she shielded her eyes from the rays.

Posh Spice revealed that her sunglasses were from her own range – VB Eyewear – and were apart of her new collection.

Victoria appeared to be relaxing on board a yacht as she continued to make the most of her birthday celebrations in the sunny location. 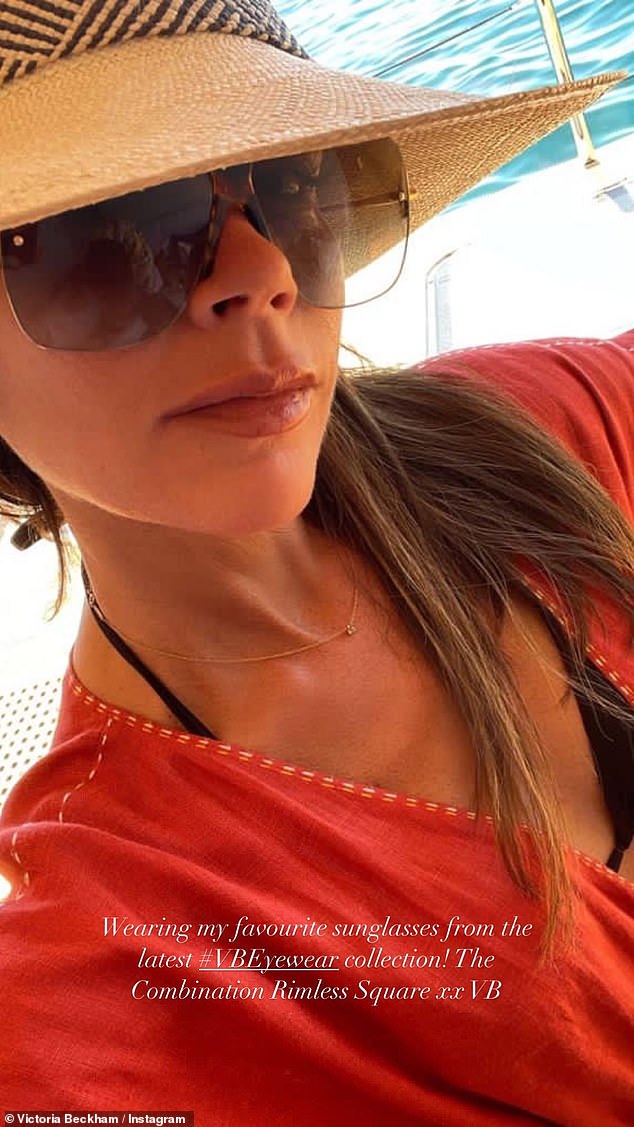 Glam! The fashion designer looked impossibly chic in a linen coral beach cover-up, which featured stripes of yellow and white

Victoria celebrated her 47th birthday last Saturday and has been sharing an insight into her day via her Instagram page.

One of these snaps included a romantic moment with husband David while the couple hit the town in Miami.

She took to Instagram Stories to post the gorgeous snap, which showed her embracing David, 45, and staring into his eyes. 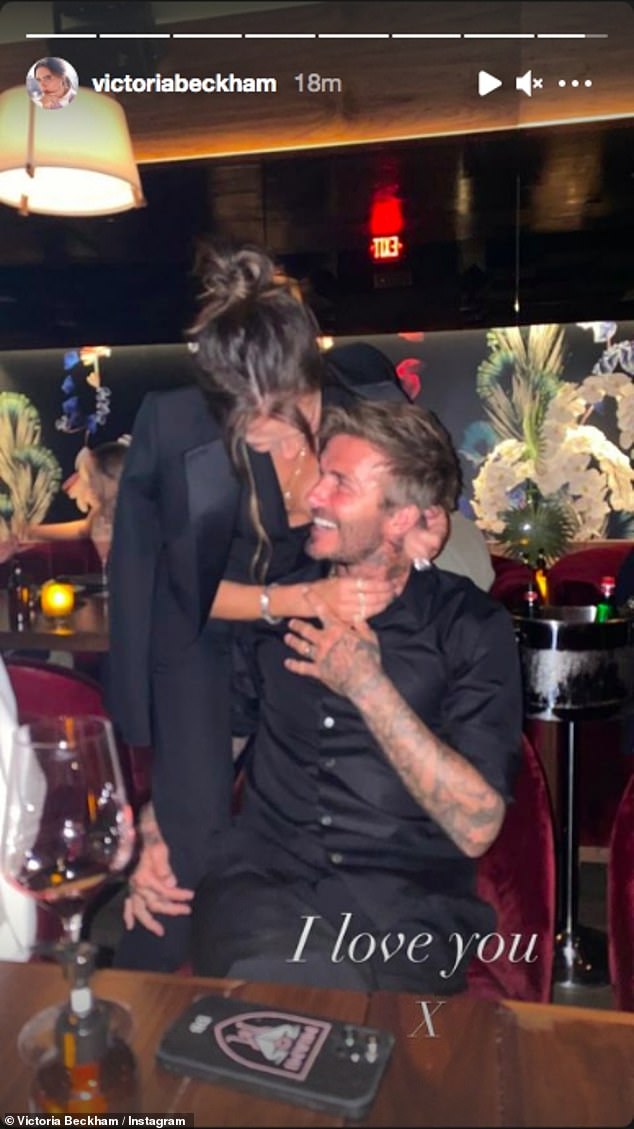 Loved up: Victoria shared a romantic moment with husband David while the couple hit the town in Miami this week

She wrapped her arms around David’s neck and fixed her gaze on him as she hid her face from the camera.

Victoria and David both sported all-black ensembles, with the former Spice Girls songstress draping a blazer over her shoulders.

She amped up the glam with a low cut top and styled her chestnut locks in a sleek up-do, with her curled fringe left down to frame her face. 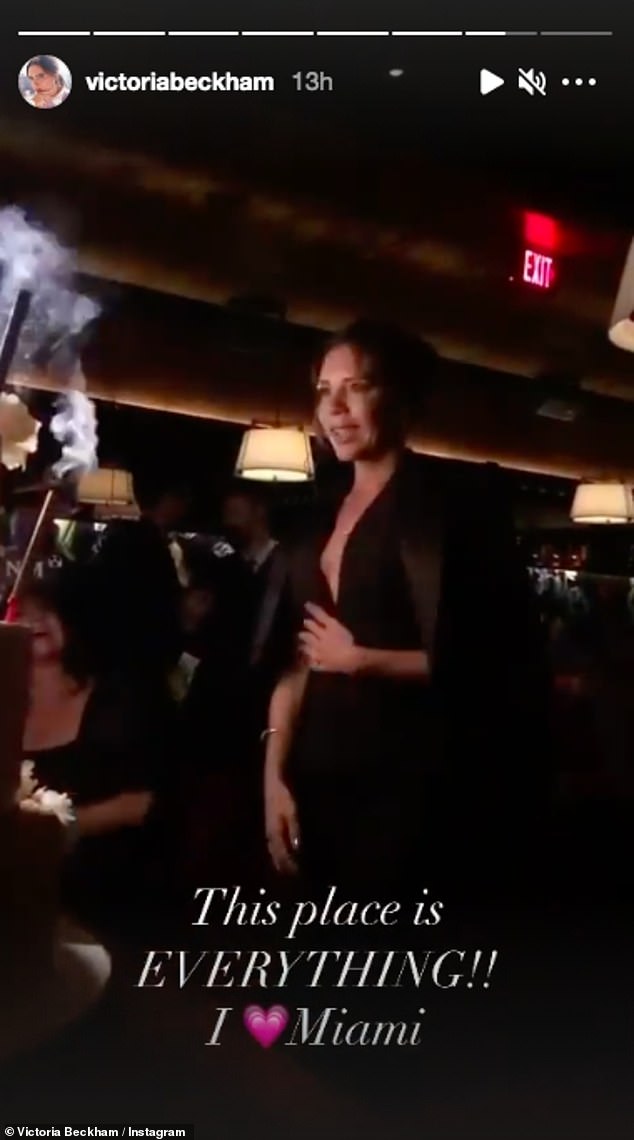 Celebrations: The fashion designer sported an all-black ensemble and draped a blazer over her shoulders while wearing a low cut top

The former Manchester United star looked typically suave in a black shirt and smart suit trousers as he beamed at her wife and held her hand.

Victoria shared the snap with her 28.9million followers, and simply penned: ‘I love you x’.

Earlier on Monday, she shared a series of clips of her continuing birthday celebrations as she is presented with a five tier cake.

The star appeared to be in great spirits as she was presented with the large gold and white cake which had her name across the second tier. 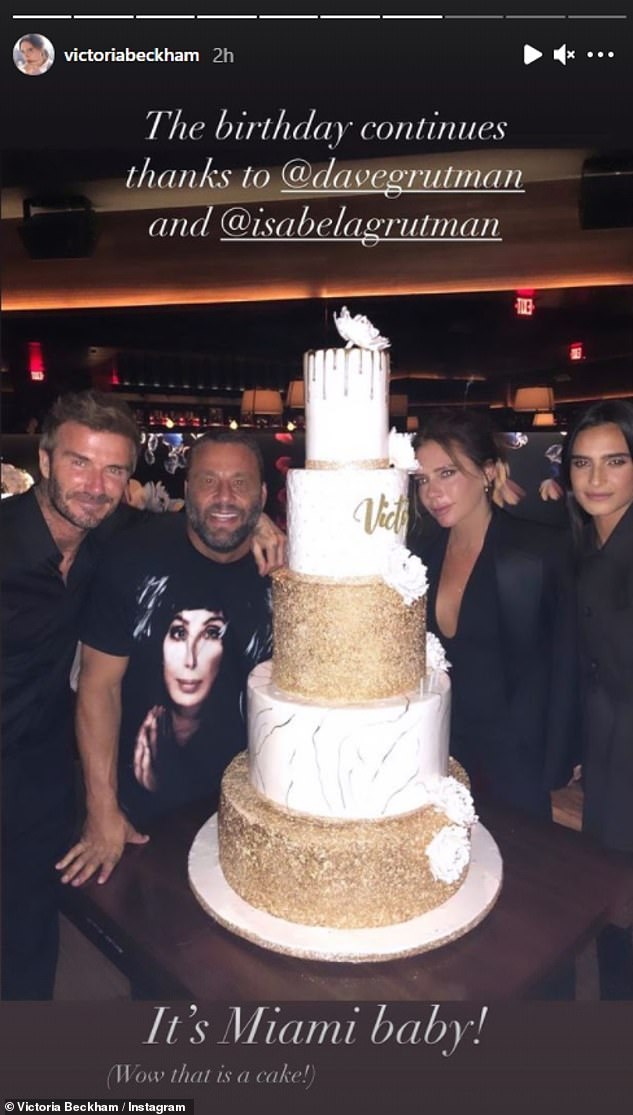 Birthday: Earlier on Monday, she shared a snap of her continuing the celebrations as she is presented with a five tier cake

On Saturday, Victoria gushed over David once again as she thanked him for making her birthday celebrations ‘so special’.

She shared a rare cosy snap with her love as they enjoyed an intimate night with their family on the beach.

David also took to social media to celebrate Victoria as he declared that she deserved the ‘best day ever’.

The couple, who jetted out to Miami, Florida, earlier this year looked loved-up as they cosied up in the snap.

She captioned her photo with: ‘Thank you @davidbeckham for making my birthday so special. I love you so much!!! Kisses @brooklynbeckham @romeobeckham @cruzbeckham #HarperSeven xx.’

While David penned: ‘Happy Birthday mama ❤️ we love you so much and you deserve the best day ever.. 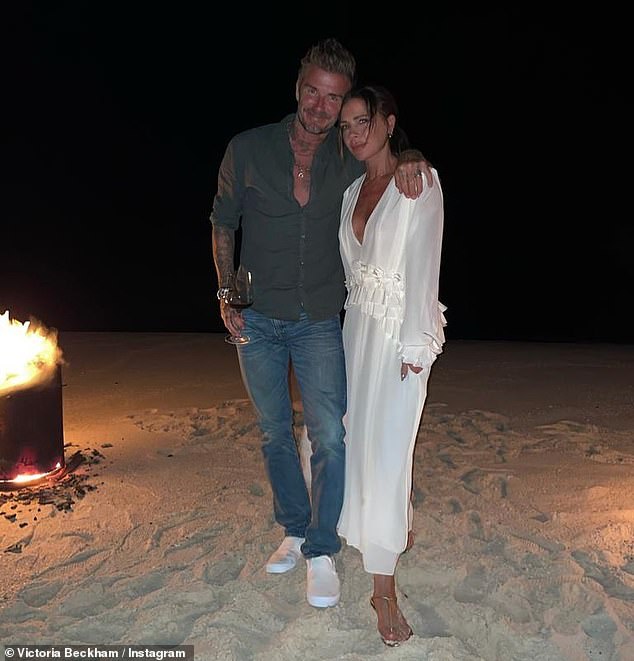 Sweet: Victoria gushed over her husband David on Saturday as she thanked him for making her 47th birthday celebrations ‘so special’