It’s even better than the real thing! U2 star Bono debuts a bold new ginger look during family dinner after giving his brown mop of hair a dye job

It was Bono, but not as we know him as the veteran Irish rocker ventured out in the south-of-France with his family on Wednesday.

Famed for his powerful vocal performances, the U2 singer revealed a no less affecting hair colour while making his way towards a waiting car during a family holiday.

Bono – real name Paul Hewson – showed off a striking ginger look in complete contrast to his typically darker appearance, suggesting he’d been experimenting with a bottle of hair dye. 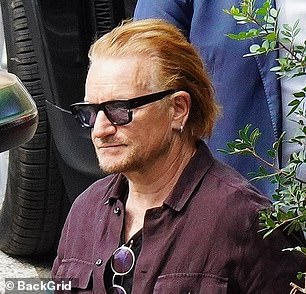 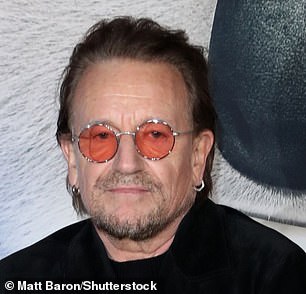 The rocker, 62, was accompanied by his wife Ali Stewart, their daughter Jordan and mother-in-law Joy Stewart while dining out at the La Colombe d’Or Hotel and Restaurant in picturesque Saint-Paul-de-Vence.

It was all-change for Bono, whose ginger hair was significantly darker during a red carpet appearance at the Sing 2 premiere in Los Angeles last December – one of his last public appearances of note.

The outing comes after Bono told how he discovered he had another brother in the year 2000 as the result of an affair between his father Bob and another woman. 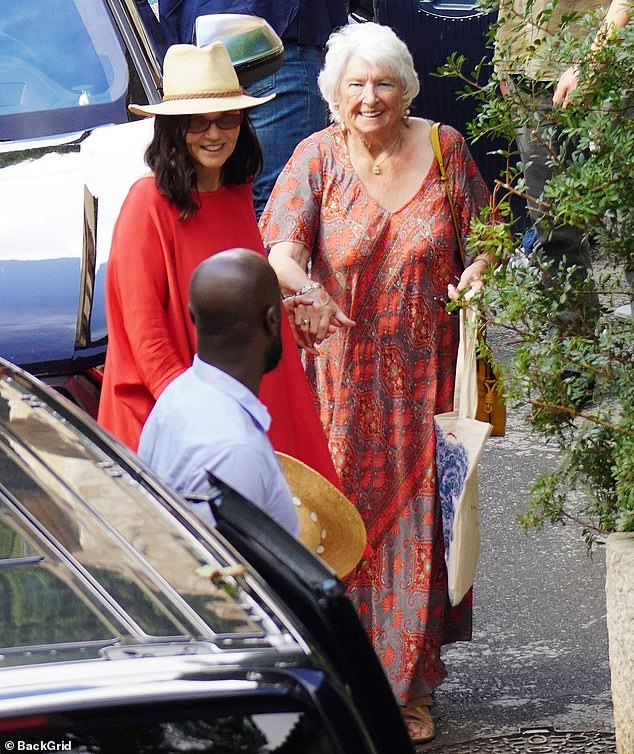 Good times: The U2 rocker was enjoying a meal with wife Ali Hewson (L) and his mother-in-law Joy Stewart (R) 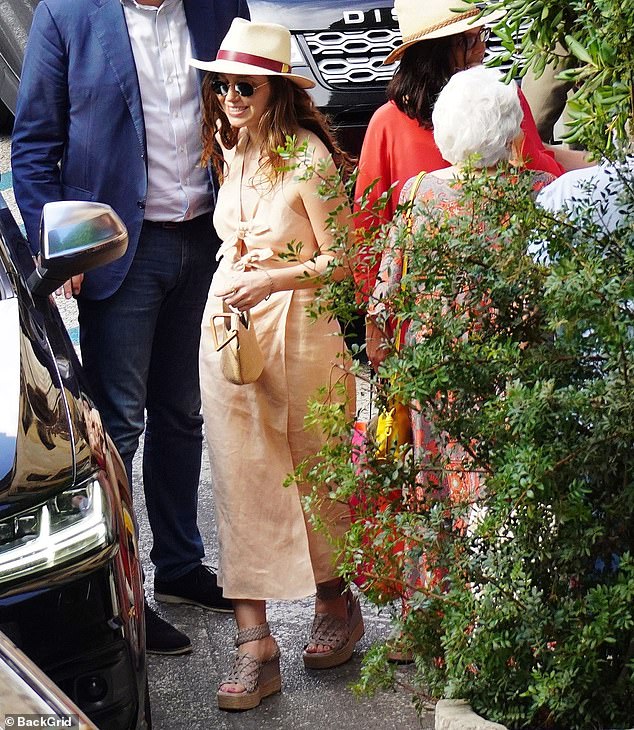 Family: Bono and Ali’s daughter Jordan was also present for the dinner at the La Colombe d’Or Hotel and Restaurant in Saint-Paul-de-Vence

Speaking on BBC Radio’s Desert Island Discs, Bono said no one else in his family was aware of his other brother, including his mother Iris who died when he was 14.

He said: ‘I do have another brother whom I love and adore that I didn’t know I had, or maybe I did.

‘My father was obviously going through a lot but partly his head was elsewhere because his heart was elsewhere. So I think that was part of the problem I was picking up as a kid.’ 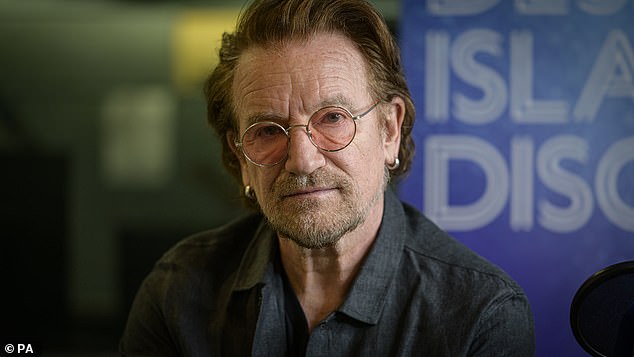 Family: Bono recently revealed he has a secret half-brother he only found out about as an adult (pictured in June 2022) 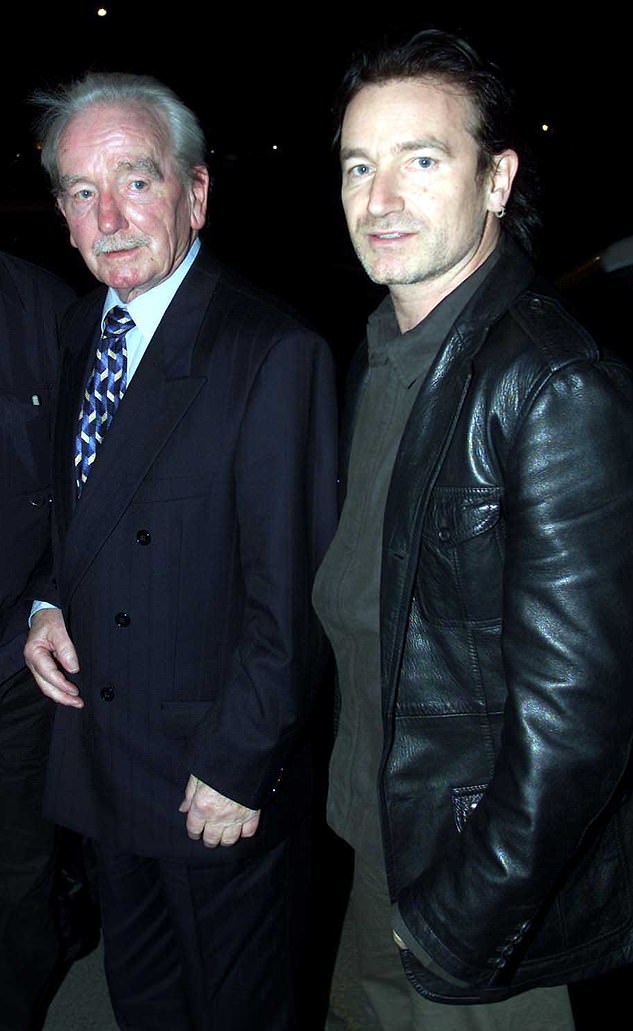 Shock: The U2 singer told how he discovered he had another sibling in the year 2000 from an affair his father Bob had (pictured with his father in 2000)

Bono said he was aware his father had a ‘deep friendship’ with his half-brother’s mother, who he said is now part of their family.

He said: ‘It’s a very close family and I could tell that my father had a deep friendship with this gorgeous woman who is part of the family and then they had a child and this was all kept a secret.

‘I asked him (his father) did he love my mother and he said “yes”, and I asked him how could this happen and he said, “it can,” and that he was trying to put it right, trying to do the right thing.

‘He wasn’t apologising, he was just stating these are the facts. I’m at peace with it.’

Bono, who also has an older brother named Norman, added that he always had a ‘complicated relationship’ with his father, who passed away in 2001.

He said: ‘I’m sure I was hard to deal with and the annoying gene would have been very present. And he was coping with a lot.

‘I subsequently found out that he was coping with other stuff in his own life. I feel I wasn’t there for him in the way I should have been.’