Toni Terry, 41, showcases her incredible figure in a patterned bikini as she lounges on a yacht in Portugal

Toni Terry looked incredible as she shared a stunning throwback bikini snap to Instagram on Thursday.

The WAG, 41, showcased her jaw-dropping figure in the pink green and gold patterned number as she lounged on a yacht in Portugal during a recent trip.

She had her toned abs and lithe legs on display while topping up her tan on the luxury vacation. 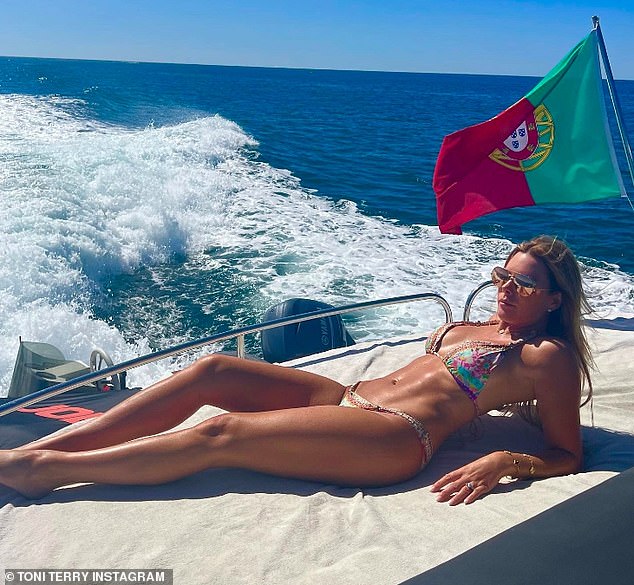 Toni also donned a gold necklace with a floral embellishment and a pair of matching earrings.

Letting her blonde locks fall loose down her shoulders, the media personality completed her look with  gold bracelets.

Also on Saturday she shared a gym selfie from her lavish home where she was working up a sweat. 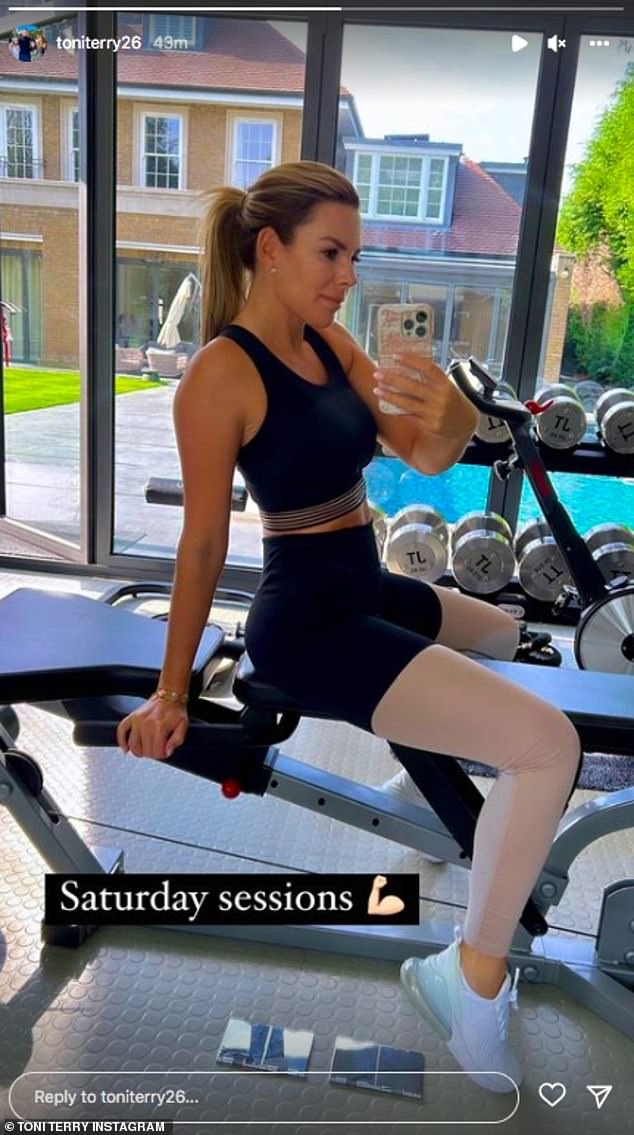 Fitness regime: Also on Saturday she shared a gym selfie from her lavish home where she was working up a sweat

Last year the fitness fanatic gave fans a glimpse of her at her home workout regime.

Revealing she stays in shape with bicycle crunches, toe touches and leg raises, Toni put her 350,000 followers through their paces as she performed a series of challenging workout moves for the camera.

The star is also a keen equestrian, and often shares photos of herself in the saddle.

Toni’s equestrian lifestyle also contributes to her lean physique, with the high-adrenaline activity working the rider’s arms, legs and core – making it a full-body workout.

Speaking previously to the Sun about their relationship, Toni said John was earning just £48 as a Chelsea apprenticeship when they first met.

‘We hit it off straight away and I thought he was very nice. I had no idea he was a footballer to start with until I began seeing him on the TV.

‘We started going out for dinners. I would always pay because he didn’t have much money. He would come and pick me up in his tiny, blue ­Citroën Saxo. It was a simple life,’ she said. 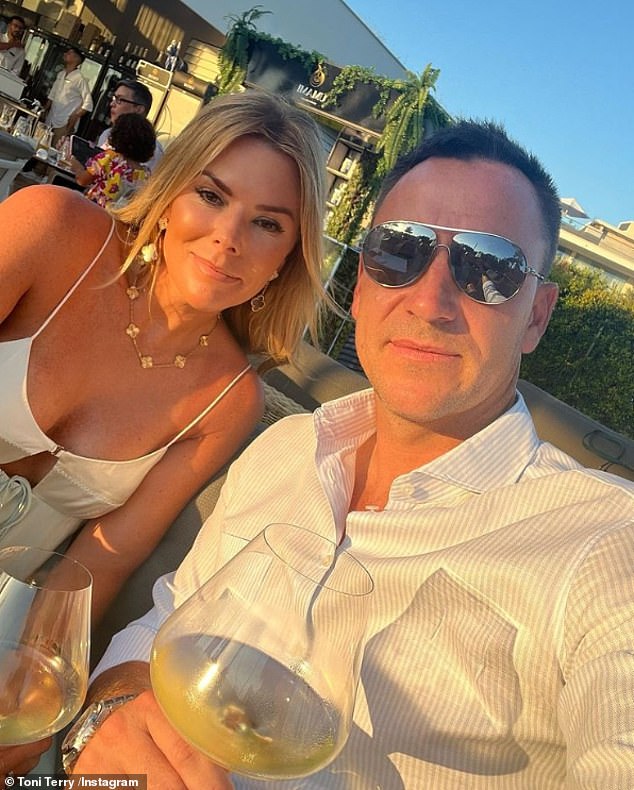