Tim McGraw got in the face of two hecklers during his Saturday night performance at the Nugget Event Center in Reno, Nevada.

The incident began after the country crooner, 54, appeared to fumble the lyrics of his song Just To See You Smile, prompting some people to boo, as seen in video obtained by TMZ.

McGraw became agitated, standing up and sticking out his chest before hopping off the stage and into the crowd to get into one particular pair’s faces. 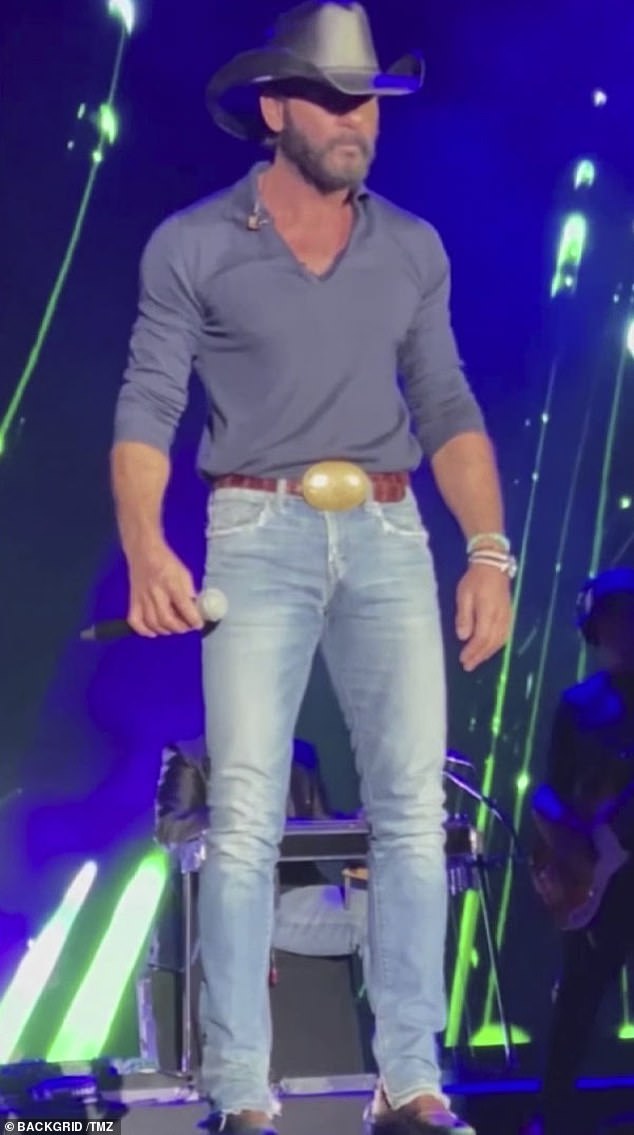 Quick temper? Tim McGraw was seen confronting audience members who heckled him during his Reno, Nevada show over the weekend

Tim first tried to rise above their haranguing, but then asked the audience why they were mocking him.

He added that people were welcome to leave if they weren’t enjoying his set.

Then things escalated as the husband of Faith Hill jumped off the stage, and got in the couple’s face to share some strong words.

McGraw wasn’t the only one that was upset either, as many other fans were miffed that the show was interrupted.

Upset: McGraw became agitated, standing up and sticking out his chest before hopping off the stage and into the crowd to get into one particular pair’s faces in the video 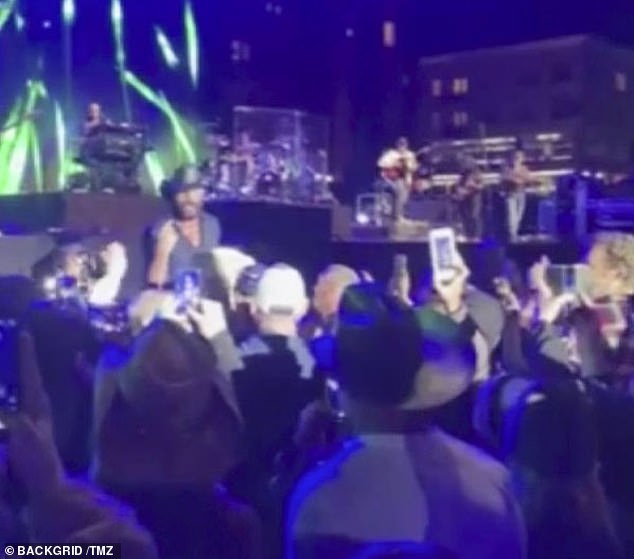 Crowd control: He got up close and personal with two people mocking him 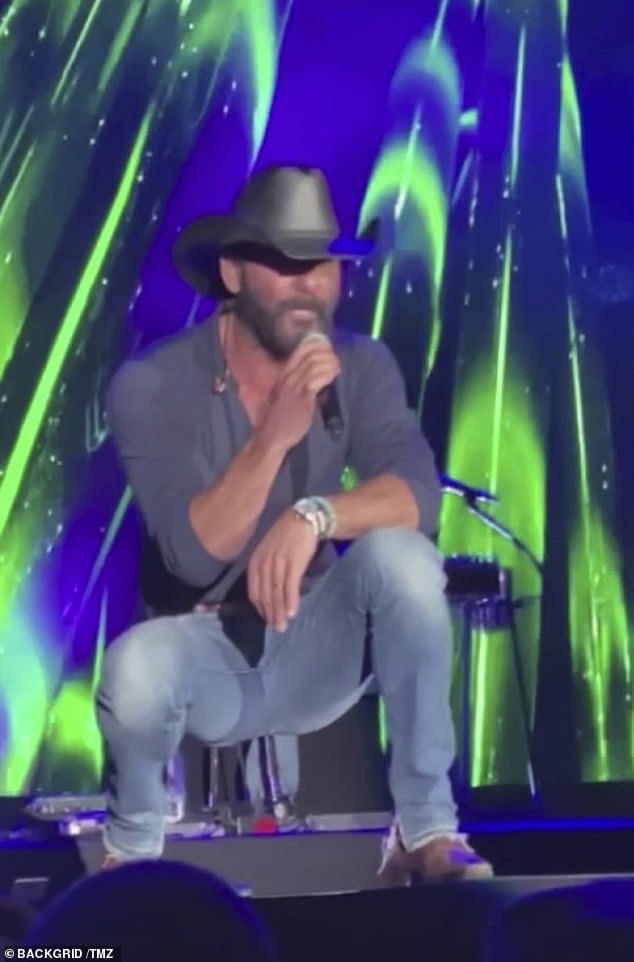 Cowboy attire: He had his cowboy had and fitted V-neck on

He went on to explain why he was a little out of sorts, telling the crowd he has been shooting the Yellowstone prequel Y: 1883 for the past two days and was beyond exhausted, hence the forgotten lyrics.

‘If I forget words tonight, just know I’m old.’ he said with a laugh. ‘And I’m shooting a movie and I’m working with my wife.’

‘There are a lot of variables in that situation. So, if I forget the words, sing along with me and help me out,’ he went on. 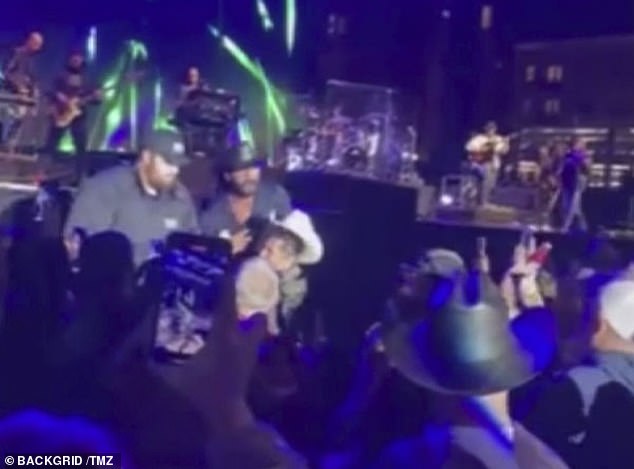 Bummer: The rest of the audience was upset about the interruption 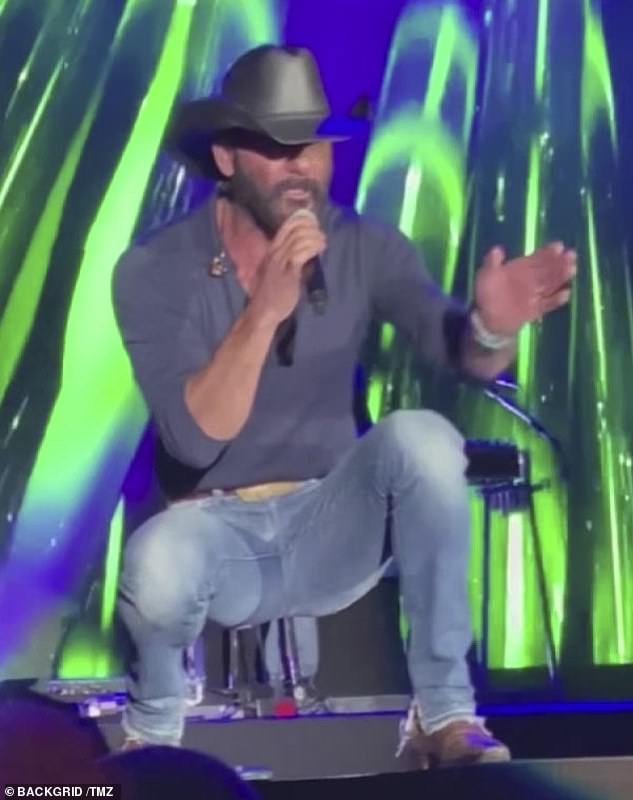 Explanation: The singer explained he was exhausted because of shooting the Yellowstone prequel series Y: 1883 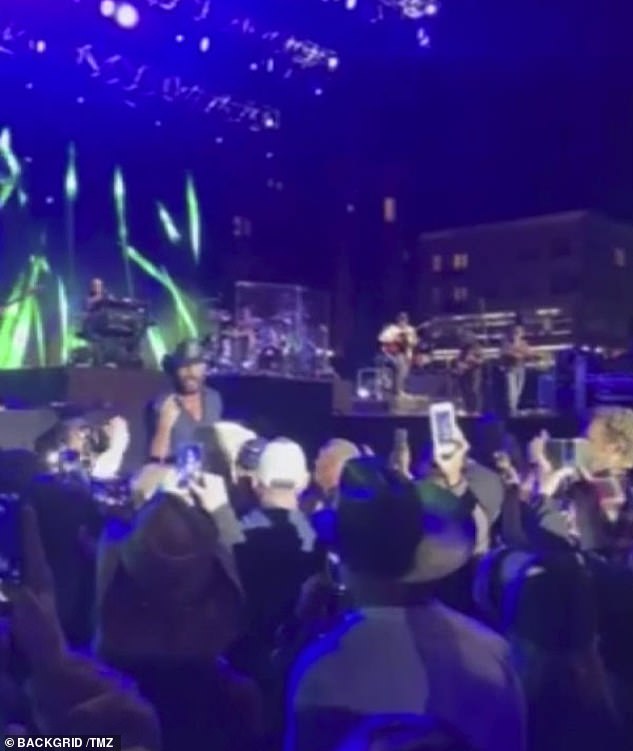 Show must go one: Afterwards, McGraw went on with the show. It’s unclear what happened to the couple that was harassing him

Afterwards, McGraw went on with the show. It’s unclear what happened to the couple that was harassing him.

The story follows the hit NatGeo show’s Dutton family as venture west across the Great Plains. 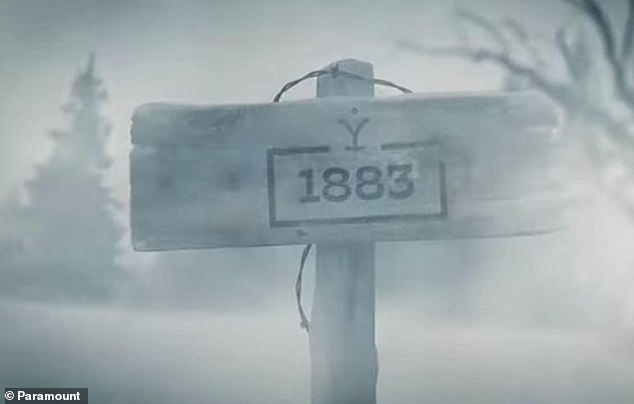