Kate Middleton has not been seen in public for more than 60 days, and the mystery surrounding why the Duchess of Cambridge has been laying low has deepened. The Cambridges had a relatively quiet summer, though they did travel to the Isles of Scilly back in August for some fun in the sun and outdoor adventures, according to Town & Country. It is, however, back to a routine, as school has presumably started up for the Cambridge children — The Guardian reports that most schools in the UK have been in session for about two weeks now.

According to Yahoo! Lifestyle, Prince William is now back to work after enjoying the summer holiday with his family. On September 9, the Duke of Cambridge spent some time visiting with first responders in south London to mark Emergency Services Day in the UK, People magazine reported. And while the outlet confirmed that both William and Kate took time throughout the coronavirus pandemic to support first responders, Kate did not attend the event alongside her husband, which only sparked more concern. Interestingly, she did make an appearance at a private special event in France on September 11, though no photos of her have surfaced. Keep reading to learn more. 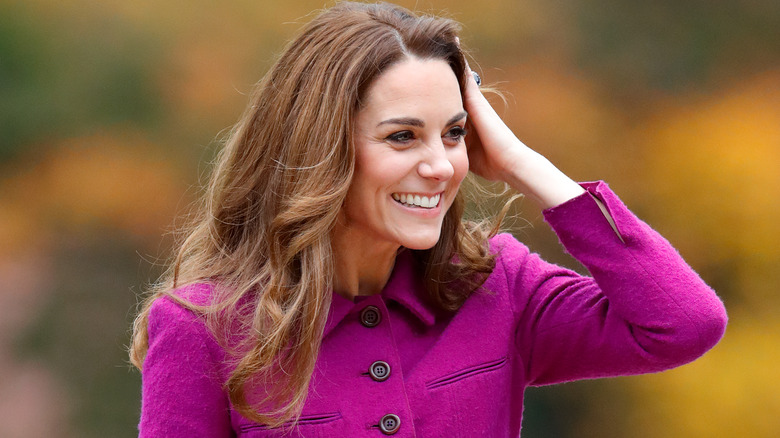 Kate Middleton was on-hand to celebrate her brother, James Middleton’s, wedding in France on September 11, according to Page Six. The outlet confirmed that Kate and Prince William traveled with their three children to attend the event, which was originally postponed due to the pandemic. Nevertheless, Kate still hasn’t made any public appearances in more than two months, according to Yahoo! Lifestyle, which is causing all kinds of rumors to circulate. While it seems as though Kate could just be spending her time at home, ensuring that her kids get acclimated to their school routines, others seem to think that the Duchess of Cambridge might be pregnant with her fourth child.

As Yahoo! Lifestyle points out, Kate tends to get very sick when she is in her first trimester — and even ended up in the hospital back in 2012, according to BBC News. If Kate was feeling well enough to travel to France, and attend her brother’s wedding, chances are, she probably isn’t pregnant — or ill. Nevertheless, royal watchers are hoping to see the duchess soon, and hope that everything is okay.