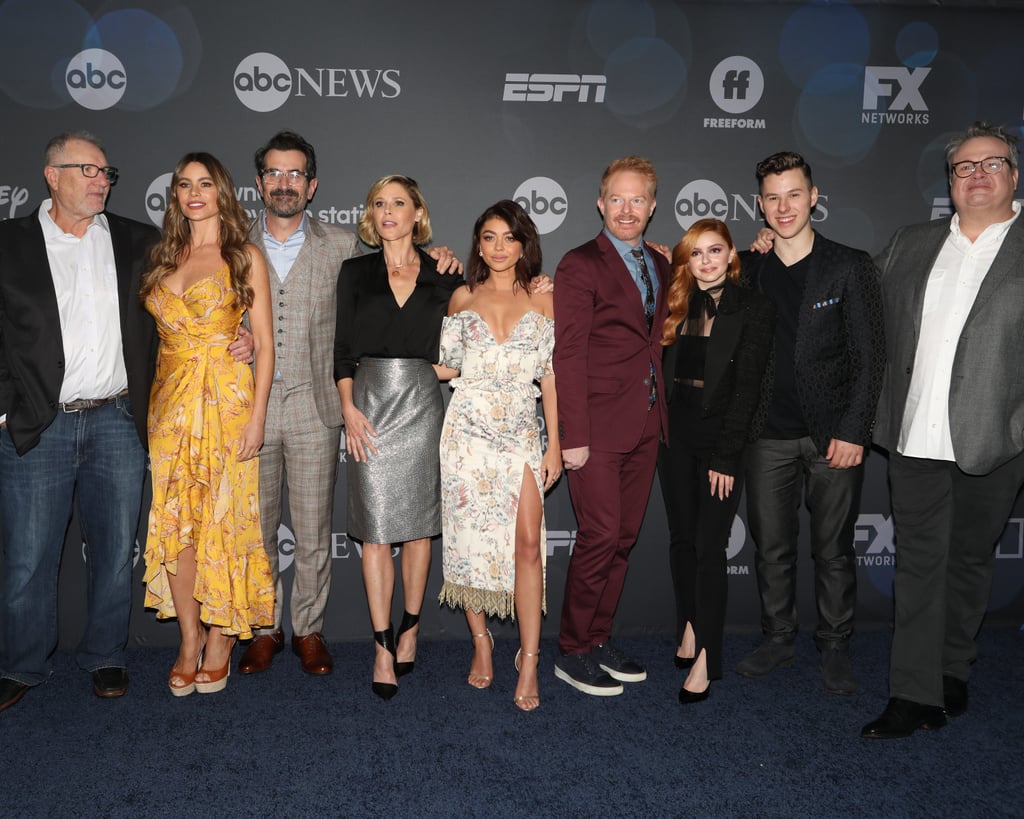 The Pritchett-Dunphy-Tucker-Delgado family are together again, and they just turned a mutual friend’s wedding into the “Modern Family” reunion the internet needs right now. On Saturday, Sept. 17, Sarah Hyland, Sofía Vergara, Jesse Tyler Ferguson, Eric Stonestreet, Ty Burrell, and Ed O’Neill all attended the same wedding (although they didn’t share who the happy couple were). Along the way, they managed to snap plenty of photos together, including one of Ferguson and Stonestreet sharing a quick smooch à la their onscreen characters, Mitchell and Cam, and a group shot that prompted a hilarious response from Ariel Winter, who didn’t appear to be at the event.

Vergara kicked off the photo sharing with two separate posts. In the first, she reunited with her onscreen husband, O’Neill, before posing for a photo with Ferguson and his husband, Justin Mikita, as well as Stonestreet and his fiancée, Lindsay Schweitzer. “With my family❤️❤️❤️,” she captioned the pics. Her TV son, Rico Rodriguez, who played Manny on “Modern Family,” commented with two hearts even though he didn’t seem to be at the wedding.

In her second carousel, Vergara shared a group photo of all the cast members who attended the wedding, alongside a photo of Stonestreet and Ferguson giving each other a small kiss as they danced and one of Burrell sandwiched between the onscreen couple. Ferguson shared the same group photo on his Instagram, which led Winter to post a flawless comment: “@nolangould @starringrico #foreveratthekidstable.”

Nolan Gould, Rodriguez, and Winter didn’t appear to be at the wedding. Likewise, Julie Bowen wasn’t pictured, either, but they all (minus Rodriguez) recently attended Hyland’s wedding. In fact, Ferguson even officiated Hyland and Wells Adams’s nuptials, proving the “Modern Family” cast are just as much of a family off screen as they were on.