Davina McCall showcased her glamorous sense of style as she took to Instagram ahead of The Masked Singer finale on Saturday.

The show judge, 54, gave her fans a look at her glitzy outfit, as she posed in a white tube dress which was bedazzled with shimmering silver beads.

Television personality Davina’s post came as it was reported the ITV show would be returning for a fourth series next year after proving popular with viewers. 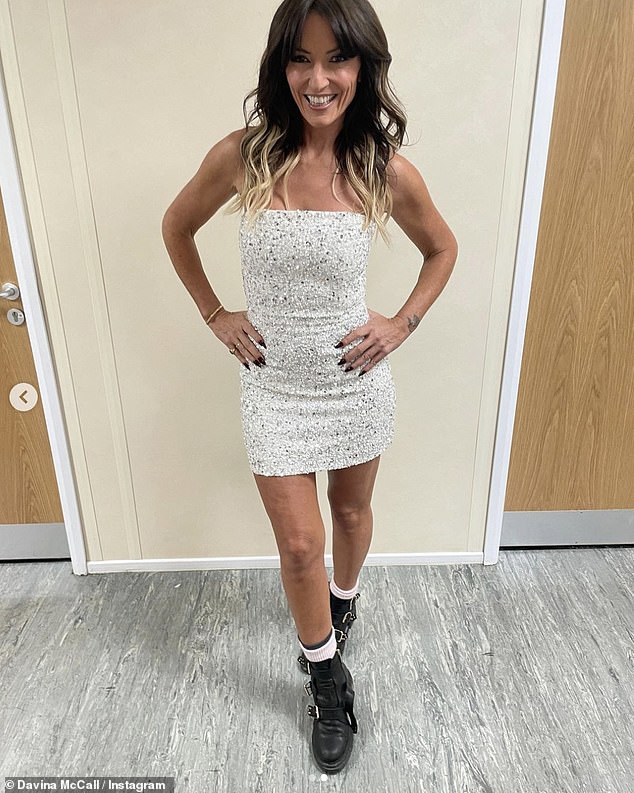 In style: Davina McCall, 54, showcased her glamorous sense of style as she took to Instagram ahead of The Masked Singer final on Saturday as it emerged the show will return in 2023

Davina confidently posed with her hands on her hips in her social media snaps, with the star teaming her stylish dress with a pair of edgy black boots.

The one-time Big Brother host displayed her fit physique and slender legs in the photos.

She wore her ombre hair in loose waves, with her tresses resting gently on her shoulders. 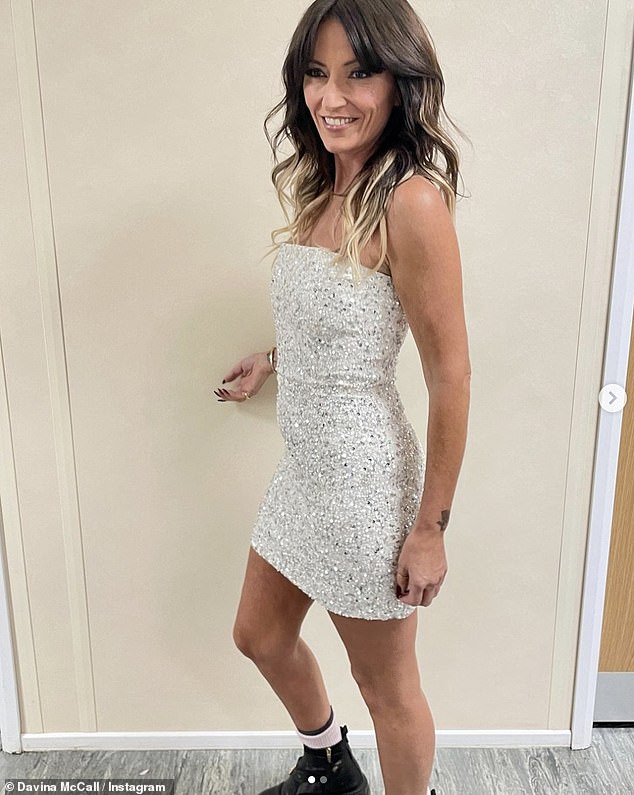 Glitterati: The show judge wore a white tube dress which was bedazzled with shimmering silver crystals

Davina captioned her post: ‘Yayyyyyyyy!!!!! It’s the FINAL!!! We unmask everyone tonight !!! And either #robobunny #panda or #mushroom will be crowned winner.

‘Dress by @retrofete thank you @abigailrosewhite and @angiesmithstyle, omg @mdlondon I really really loved my hair thank you, and thank u @cherylphelpsgardiner for working your magic on my face #maskedsingeruk.’ 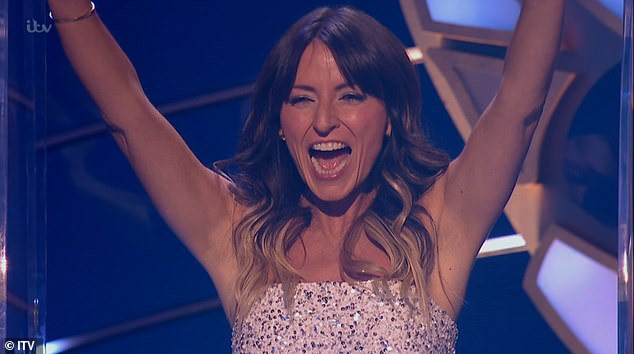 Celebration! The Masked Singer is set to return to screens for another series in 2023 after ITV bosses were delighted with viewing figures this year

The Masked Singer is reportedly set to return to screens for another series in 2023 after ITV bosses were said to be delighted with viewing figures this year.

A source told the Mirror: ‘There will be a fourth series of the show.

‘It’s done incredibly well for them and they had no hesitations in saying yes to bringing it back next year. It’s perfect Saturday night winter entertainment and viewers love it.’

It is understood the judging panel will return next year with the same line-up to include Davina, comedian Mo Gilligan, 33, funnyman and chat show host Jonathan Ross, 61, and singer Rita Ora, 31. 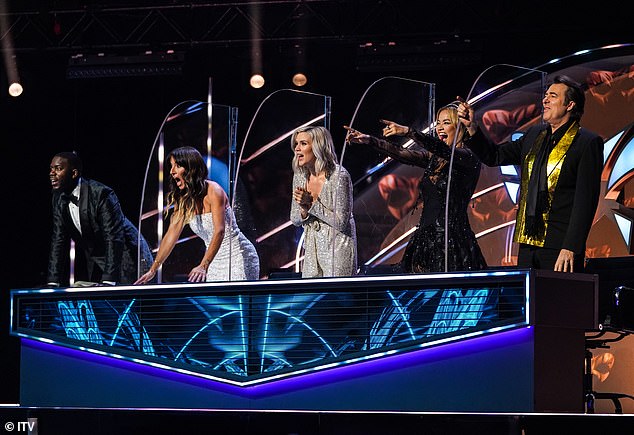 The source added: ‘It’s very early and obviously it always comes down to availability but there are no plans to replace any of the judges.

‘The feeling is if it ain’t broke why fix it?’

It comes after Davina revealed people will stop her in the supermarket in an attempt to find out the identities of the contestants on The Masked Singer.

She says that people often try to trick her into revealing who is under the costumes when she is out and about – but that she never gives into it. 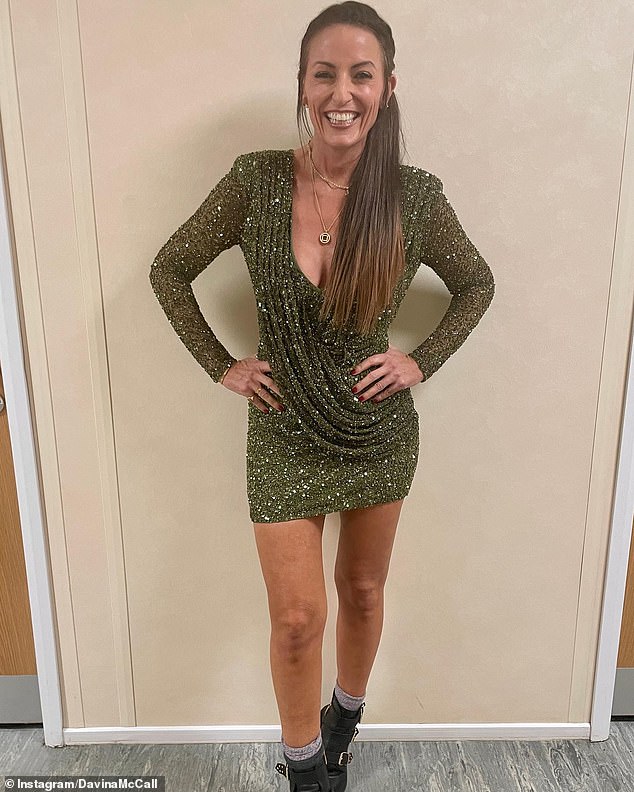 Tricksters: Davina McCall recently revealed that people will stop her in the supermarket in an attempt to find out the identities of the contestants on The Masked Singer

Speaking to The Sun, she said: ‘Non-stop, people ask me, friends ask me. I was in Tesco today and someone tried to trick me into saying something.

‘They go, “Of course Panda is so and so” and I go, “You’re not going to do it that easily. I’m not even going to give you a hint you might be right!”, If you find out before the show and you didn’t just guess it, it ruins it. That is the joy of the show.

‘We’re like Official Secrets Act-trained — we’ve signed, like, an NDA (non-disclosure agreement) and legally we can’t discuss it.’ 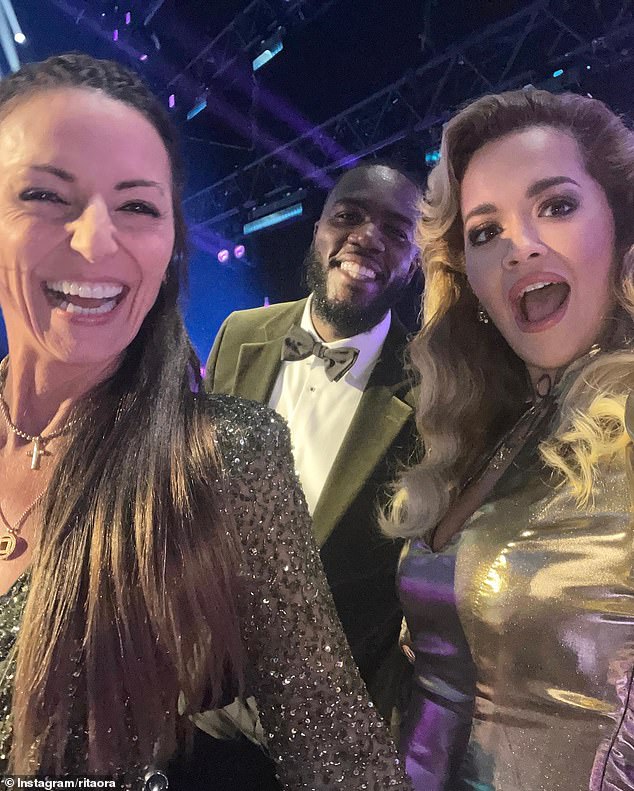 On the ball: Davina insisted she and her fellow judges have become experts at keeping the identities of the masked stars secret