David and Victoria Beckham ‘locked in disagreement with MORE neighbours over privacy concerns at £31.5m London mansion after planning to beef up security at £6m Cotswolds home’

David and Victoria Beckham are locked in a disagreement with neighbours over privacy concerns at their £31.5m west London home, after the couple previously blocked his renovation plans.

Ex-sportsman David, 45, and fashion designer Victoria, 46, won a planning battle in April after claiming a proposed balcony may have overlooked their garden – but the resident has now submitted new plans and sought advice from the council.

Earlier this week, it was claimed the parents-of-four had planned to beef up the security around their £6m Cotswolds barn conversion, allegedly leaving their countryside neighbours irate. 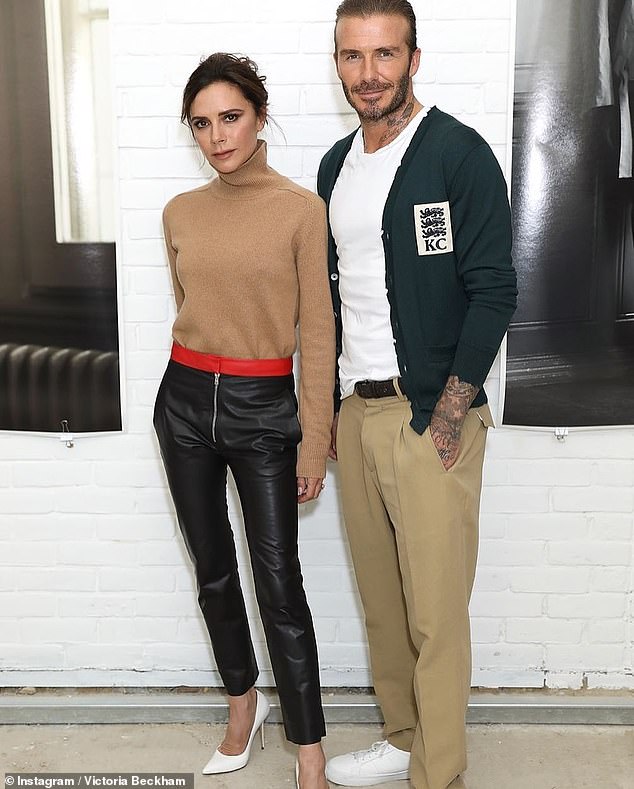 Revised plans: David and Victoria Beckham are reportedly locked in a disagreement with neighbours over privacy concerns at their £31.5m London home

According to The Sun, the neighbour, who moved near the media personalities’ upscale townhouse in the Notting Hill area in November 2019, initially submitted plans to update his new abode with a outdoor space, internal alterations and a slate roof with roof light.

The application was refused after David and Victoria stressed concerns about a balcony and claimed that installing a light in the roof of his property would ‘spoil’ the setting of their mansion.

The neighbour is now said to have sought pre-planning advice from the council, with the board recommending that the plans are approved but with ‘mediation’ from the famous family.

A source told the publication: ‘I encourage you to discuss your proposals with all neighbours with a boundary with your site, as we will advise them of any application. The proposed rear terrace would not give rise to overlooking to the rear. 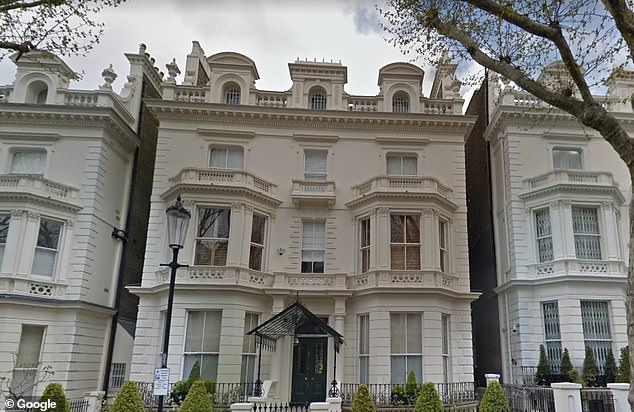 Dispute: The former sportsman David, 45, and the fashion designer, 46, won a planning battle against the resident in April, after but he has now submitted new plans (exterior pictured)

‘In all other respects there are no concerns with the impact of the proposal on the living conditions of neighbouring occupiers in terms of light, sense of enclosure, noise or privacy.’

MailOnline has contacted David and Victoria’s representatives for further comment.

The reports came after the paper also claimed those who live close to David and Victoria’s Cotswold home believe the reported plans for ‘gatehouses and security huts’ will ‘ruin the ambience’ of the quaint Oxfordshire bolthole. 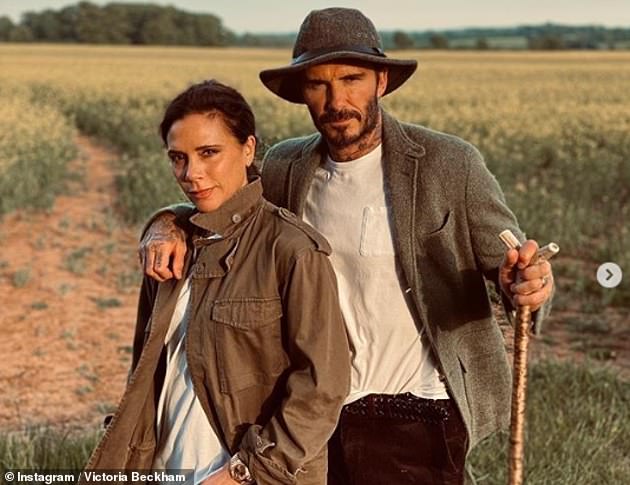 Security Spice: The couple have planned to beef up the security around their £6 million Cotswolds barn conversion has reportedly left the neighbours irate

David has submitted plans to increase security with a gatehouse manned by 24-hour guards and an underground getaway tunnel.

His proposed security measures come as several footballers ramp up security at their homes, including Spurs midfielder Dele Alli, 24, who was held at knifepoint with his girlfriend Ruby Mae, 21, at his house in Hertfordshire last month.

They have applied to West Oxfordshire District Council for permission to build a gatehouse to ‘improve security for occupants’ at the mansion and surrounding grounds.

In the application it states two existing employees will work on the site full-time. 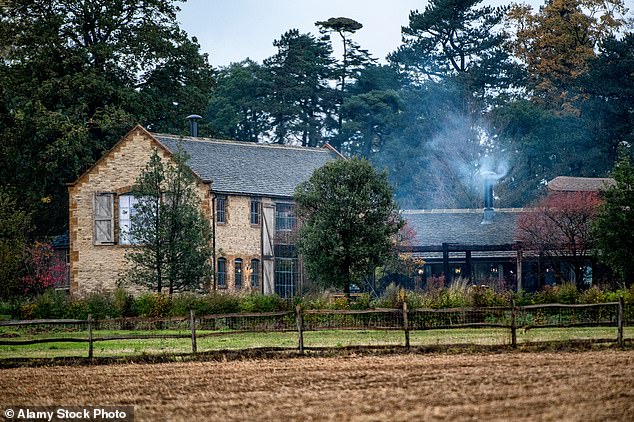 Fort Knox: Those who live close to the famous family believe the reported plans for ‘gatehouses and security huts’ will ‘ruin the ambience’ of the quaint Oxfordshire bolthole

The Daily Star reports that these two members of staff are security guards who will man the security hut 24 hours a day.

Also included in the ex-England captain’s plans is an underground getaway tunnel which provides access from the main building to a proposed wine cellar under the existing garage.

The application is currently under review by councillors and a decision will be given in the coming weeks.

David and Victoria have also requested permission to add another three bays to their garage, increasing the building from four bays to seven. 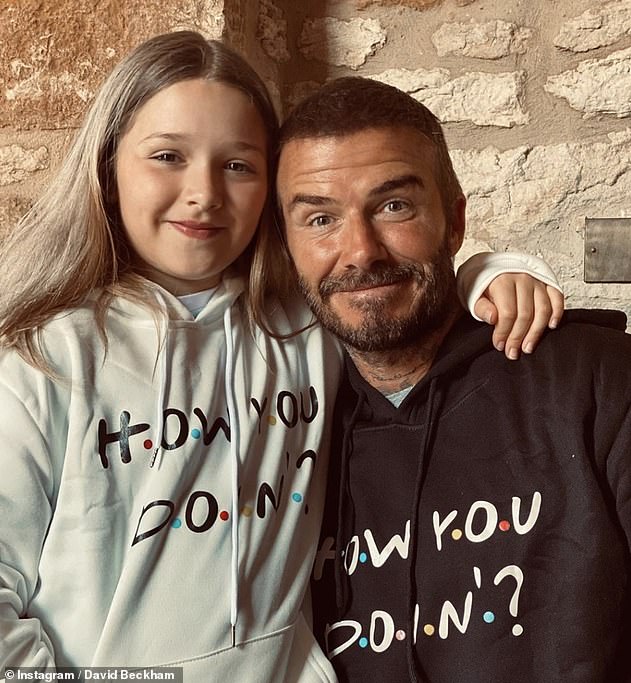 Locked down: David, pictured with daughter Harper, eight, has been spending lockdown at the family’s mansion in the Cotswolds

They have been spending lockdown in their Cotswolds home with three of their children, Romeo, 17, Cruz, 15, and Harper, eight.

The footballing legend joins a host of other Premier League players who are increasing security at their homes.

Dele Alli has been reviewing security after he and his girlfriend, Ruby Mae, 21, were held at knifepoint. 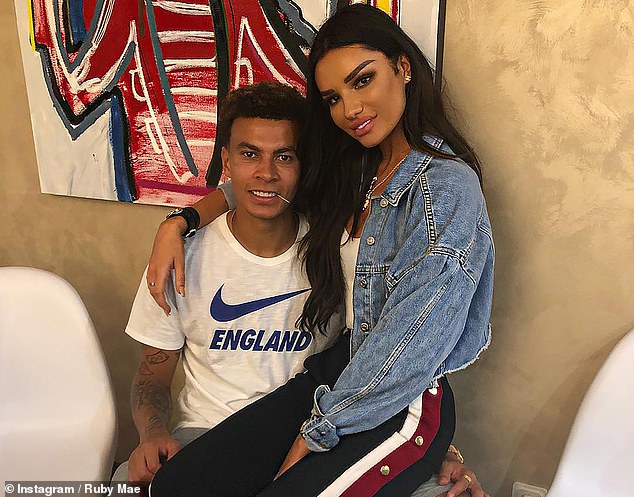 Fears: Dele Alli (pictured with girlfriend Ruby Mae) was held at knifepoint and punched after robbers broke into his house

Two males wearing balaclavas broke into the back of Alli’s north London property just after midnight on May 12 before threatening the Spurs star — who was isolating with his brother Harry Hickford, their two partners and a long-term friend.

Following a scuffle, during which Alli suffered a minor facial injury, the two culprits took various items including jewellery and watches before fleeing.

Spurs goalkeeper Hugo Lloris, 33, is reported to have spent £25,000 on a guard dog to protect his home.