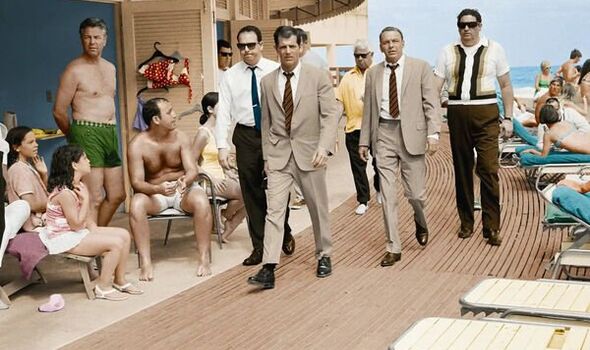 The snapper’s star-spangled 60-year career from Fleet Street to Hollywood will be captured in Iconic: The Terry O’Neill Story. Director Oliver Murray said: “This is the story of a working-class boy who became one of Britain’s most iconic creatives.”

O’Neill died two years ago aged 81 but left a huge legacy of sought-after pictures – many of which hang in national art galleries and private collections around the world. Production is set to start shortly, with filmmakers given exclusive access to his archive, which includes some images being seen for the first time.

There are also insights into his relationships with his subjects – and O’Neill is said to have learnt everything about women from Frank Sinatra. Those interviewed will include Sir Michael Caine, RaquelWelch, Sir Elton John and Pele.

Robin Morgan, a close friend for more than 30 years, said: “He had a bewitching influence over the most beautiful and influential women on the planet. He had film-star looks himself and an easygoing, charming but respectful rapport. “He even pulled off the impossible – making the Queen drop her guard and chuckle mischievously into his camera.

“He once told me he learnt everything about women from his friend Frank Sinatra.” O’Neill captured the US singer and actor arriving at Miami Beach with his entourage while filming The Lady in Cement in 1968.

He later married and divorced screen siren Faye Dunaway, now 81. The US actress features among his portfolio of iconic candid portraits, with a picture taken the morning after her 1977 Oscar win for Network.

O’Neill was in demand from the 1960s onwards with shots of then rising stars The Beatles in 1963 and Rolling Stones in 1964.

He took a picture of Sean Connery in the bath during filming on Diamonds Are Forever in 1971 and Audrey Hepburn with a dove on her shoulder on the set of 1966 comedy How To Steal A Million. O’Neill also snapped singers including David Bowie and supermodel Kate Moss.