Even as Cannes just wrapped up last month, and Tribeca is still going on this week, all eyes on the Festival circuit are turning towards Fall, and the all-important stops like Venice, Toronto, and Telluride that will be kicking off the fest circuit likely to set the table for awards season.  And others are making early moves now as New York Film Festival organizers were in town last week holding a reception for studio and PR reps and press to pump up interest in their Fall festival even before that other aforementioned NY based fest got rolling with its opening night. Leaders of the Toronto International Film Festival were also in town this Spring holding meetings and lunches to assure the industry it would be returning to business as usual in person this Fall. All the festival heads are busy seeing early previews of films that hope to use the Fall fests to launch Oscar campaigns.

Tonight Julie Huntsinger and the Telluride Film Festival will be in town for their annual June reception to kick off interest in their very important festival which again will take place, as it always does, on Labor Day weekend. In advance of that TFF is announcing today their 2022 Festival Guest Directors, and the choice could not be more timely considering Russia’s ongoing war against Ukraine.  Award winnning dissident Russian filmmakers Kantemir Balagov and Kira Kovalenko are set to select a series of films they will present at the 49th edition of Telluride running September 2-5 in Colorado. The titles of the movies they have chosen will, as all other programming aspects of TFF, be kept secret until Opening Day.  As TFF states, Festival organizers annually select the world’s great film enthusiasts to join them in the creation of the Festival’s program lineup. The Guest Directors serve as key collaborators in the Festival’s programming decisions, bringing new ideas and overlooked films to Telluride.

“One of the most special aspects of Telluride is the remarkable family of returning filmmakers that has formed over the years,” comments TFF executive director Huntsinger. “These wildly talented people continue to create films of such high quality and regard, and we are thrilled to continue to discover and invite their new works again and again. There are threads of shared continuity between the filmmakers themselves as well. An unfailing humanism, a desire to be truthful and brave and tell stories that make us think and feel in profound ways. Our Guest Directors this year, Kantemir Balagov and Kira Kovalenko are not only two returning filmmakers with a distinct point of view, but they are also wonderful, young cinephiles (they met at film school) who will bring their brave and singular voices to a section we cannot wait to share with our wider audience in September.” 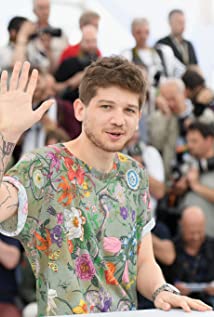 Kantemir Balagov was born in 1991 in the city of Nalchik of the Kabardino-Balkarian Republic. He briefly left the city to study economics in Stavropol, but soon realized his interests were in the arts and returned to Nalchik to enroll in film school at Kabardino-Balkarian State University under the direction of Alexander Sokurov. Upon graduation he directed his first feature film, CLOSENESS, for which he received the FIPRESCI Prize Un Certain Regard at the 2017 Cannes Film Festival. His second feature, BEANPOLE, also won the FIPRESCI Prize Un Certain Regard and the Best Director Prize Un Certain Regard at Cannes in 2019 and was an Oscar shortlist. His next project, TV series THE LAST OF US, is set to premiere on HBO in 2023.

“I was in Telluride for the first time in 2017 with my first film CLOSENESS,” says Balagov. “As a reclusive person, I always feel anxious about going to festivals, but on the first day of being in Telluride, I felt it was different. The festival cares about the uniqueness of the various authors’ statements, it provides love and vulnerability, and it makes you feel at home. Tom and Julie put so much heart and soul into it and have created an incredible community. No, community is the wrong word. They have created a family, and Kira and I are so honored to be a part of this family. We are thrilled to be the Guest Directors this year. We promise that we will passionately pick the films because we believe that movies are little miracles that we desperately need right now.” 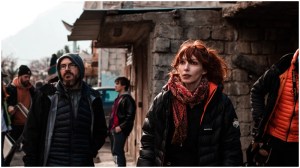 Kira Kovalenko was born in 1989 in Nalchik, Russia and attended Kabardino-Balkarian State University’s film school under Alexander Sokurov’s direction. Her first feature film, SOFICHKA, was released in 2016. Her second feature, UNCLENCHING THE FISTS, premiered in 2021 to much acclaim, winning the Grand Prize Un Certain Regard at the Cannes Film Festival.

“2021 was my first time in America,” comments Kovalenko. “I was told that I would be going to the best place on earth. I was anxiously waiting and fantasizing. On the way to the festival, I opened the book that I carried with me. There was a photo. In the photo were Larisa Shepitko, Werner Herzog, and Ed Lachman. I went to where this photo was taken. This was my first Telluride experience. It is not only a place where cinema, fate, history, and the spirit of the place intertwine. To everyone who has been there once it becomes special. There is a secret in this. I think this is the secret of love. The secret of the love that Tom (Luddy) and Julie have for the cinema. Love for the place. And now I receive such a huge gift to be the Guest Director. I have a chance to become a part of this mystery and share movies that help me live, give me hope and remind me not to forget about miracles.”