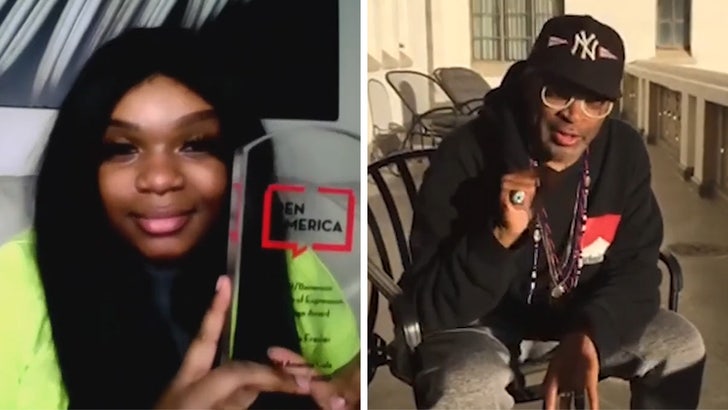 Spike Lee praised Darnella Frazier — the teen who captured George Floyd‘s death on video, sparking worldwide protests — while presenting her with an award for courage.

The famed director said he was “proud of my sister” in presenting Frazier with the 2020 PEN/Benenson Freedom of Expression Courage Award during Tuesday night’s PEN America Virtual Gala. Spike made note of what everyone’s been saying about Frazer … her courage to stand there for more than 10 minutes to record every minute of George’s last dying breath reverberated around the world. 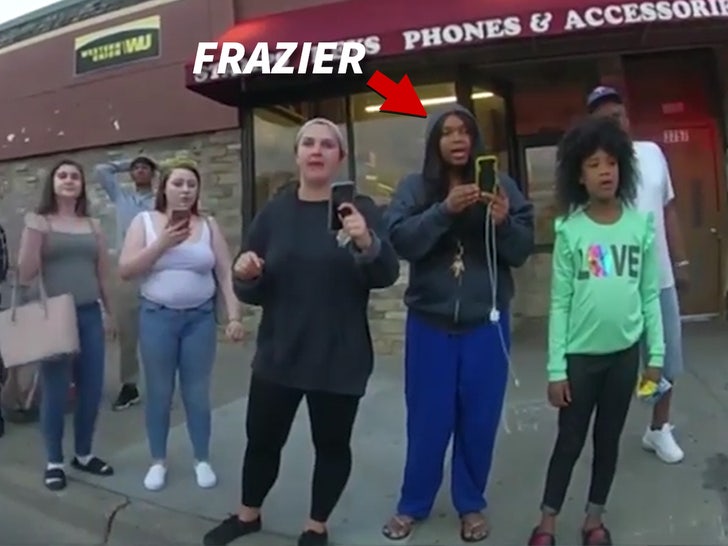 For her part … Frazer said everything that transpired after posting the video on social media has been a lot to take in and NOTHING she would have ever imagined. She also said she felt honored about Spike presenting the award.

The org noted Frazer didn’t set out to change the world on May 25 … just another teenager looking out for her young cousin heading to a nearby store when she saw Floyd’s encounter with cops … including ex-cop Derek Chauvin pressing his knee on Floyd’s neck.

As we reported … Darnella’s bravery didn’t come without her facing her own consequences in the aftermath of her video. Her family told us they sought therapy to help Darnella cope with the emotional trauma.

Her video would ultimately spark a worldwide movement against racism and injustice, resulting in the Minneapolis cops involved to be fired and face criminal charges, including murder. And, it was Frazier’s video that sparked the George Floyd Justice in Policing Act … passed by the U.S. House of Representatives. The video also led to police reform in more than 20 U.S. states.