Taylor Swift may have just revealed the reason behind her and Jake Gyllenhaal’s shock split in 2010.

In a new 10-minute version of the breakup ballad – featured on the re-recording of her 2012 album Red – the 31-year-old musician seemingly suggests that their nine-year age gap played a role.

‘You said if we had been closer in age maybe it would have been fine / And that made me want to die,’ sings Swift, who has never officially confirmed that the song is about Gyllenhaal. 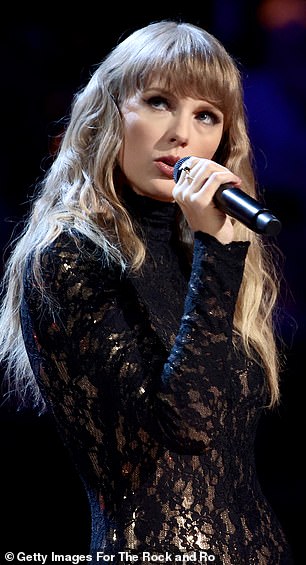 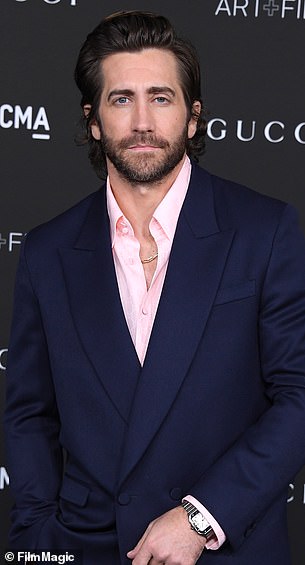 Spilling the tea: New lyrics from the extended version of Taylor Swift’s song All Too Well seemingly suggest that her and Jake Gyllenhaal’s nine-year age gap played a role in their 2010 split

The 40-year-old actor reportedly dated the Grammy Award-winner from October to December 2010. By early 2011, Swift began crafting the emotional track.

Other lyrics featured in the re-recording suggest that the breakup was particularly hard on Taylor.

‘They say all’s well that ends well but I’m in a new hell / Every time you double cross my mind,’ the lyrics read.

Though he may have been opposed to age-gap relationships at the time, Jake has changed his tune over the years. 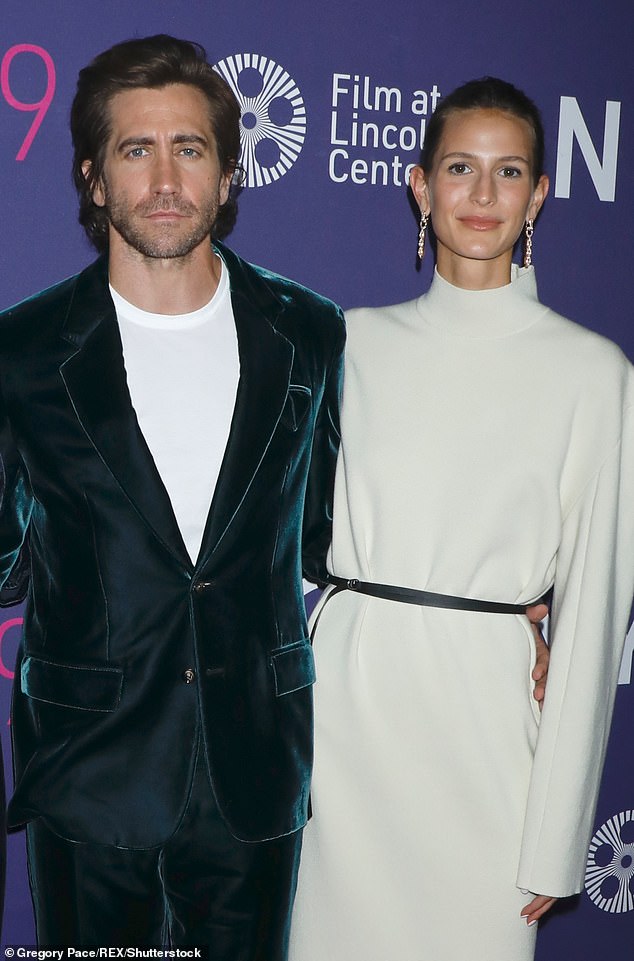 Changing his tune: Though age may have played a role in his romance with Taylor, it appears to be no issue in his currently relationship with  25-year-old French model Jeanne Cadieu who is 15 years his junior; seen in September

The Donnie Darko star has been romantically linked to 25-year-old French model Jeanne Cadieu since late 2018, who is 15 years his junior.

Along with the extended version of All Too Well, Taylor’s re-recording of Red includes six other unreleased songs.

A new review of the album in The Sun theorizes that one of the unearthed numbers, I Bet You Think About Me, is also about Jake.

The original version of the album had already contained multiple songs that were widely assumed to be about her breakup with Jake. 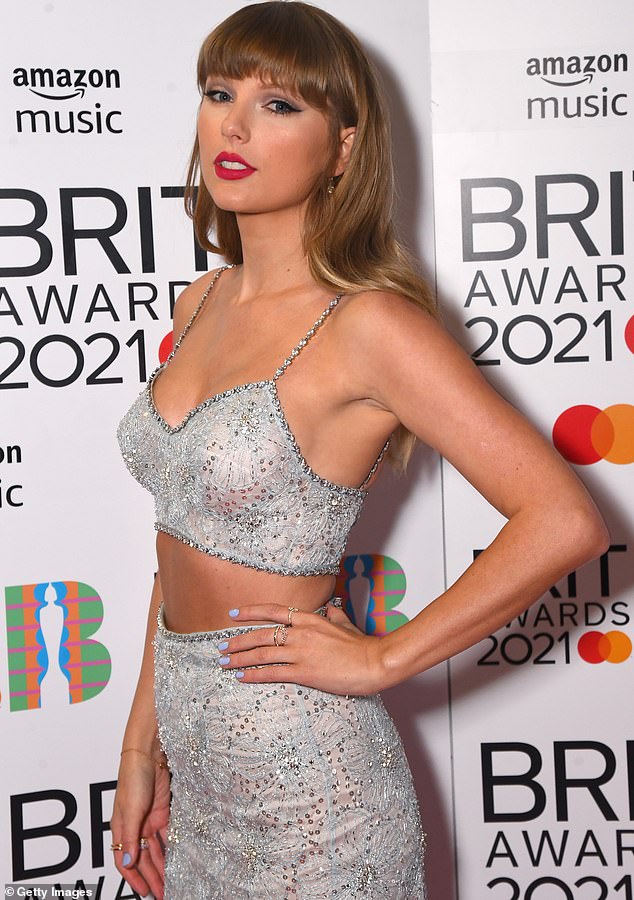 There she is: Taylor Swift’s new re-recorded version of her 2012 album Red is set to contain some more previously unreleased material thought to be about her ex Jake Gyllenhaal; seen in May

The review quotes the song: ‘You can’t help who you fall for, and you and I fell like an early spring snow. But reality crept in, you said we’re too different.’

Her lyrics accuse her unnamed love interest of having ‘laughed at my dreams’ and ‘rolled your eyes at my jokes.’

Taylor, whose ex Jake was by that point known for prestige films like Zodiac and Brokeback Mountain, taunts the subject of her song: ‘Mr. Superior Thinking, do you have all the space that you need?’

The singing sensation adds: ‘I don’t have to be your shrink to know that you’ll never be happy and I bet you think about me.’ 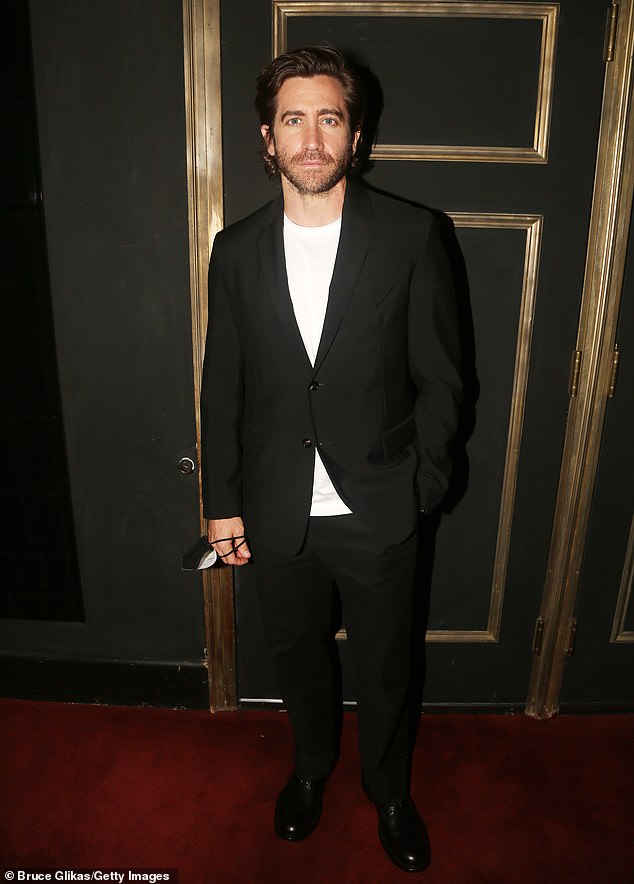 New track: A new review of the album in The Sun theorizes that one of the six unearthed numbers, I Bet You Think About Me, is also about Jake; Jake see in October

Taylor, who is nearly a decade younger than Jake and dated him for two months at the end of 2010, says her used-to-be is ‘scared not to be hip, scared to get old.’

So much speculation has been swirling about the supposed Jake material on the re-release of Red that by Thursday he had already begun to trend on Twitter.

Two smash singles from the original Red, We Are Never Getting Back Together and I Knew You Were Trouble, were widely regarded as being directed at Jake.

The 2012 version also included a song called All Too Well that was originally written to be 10 minutes long but was whittled down to about five and a half minutes.

History: Two smash singles from the original Red, such as I Knew You Were Trouble whose music video is pictured, were widely regarded as being directed at Jake

Now on the new version released Friday, Taylor will finally be treating fans to the entire 10 minute number as it was first written.

In what some fans interpreted as a reference to Jake’s actress sister Maggie Gyllenhaal the lyrics dished: ‘I left my scarf there at your sister’s house.’

About a half-decade later Maggie was asked about the line on Watch What Happens Live and replied: ‘I am in the dark about the scarf. It’s totally possible I don’t know.’ 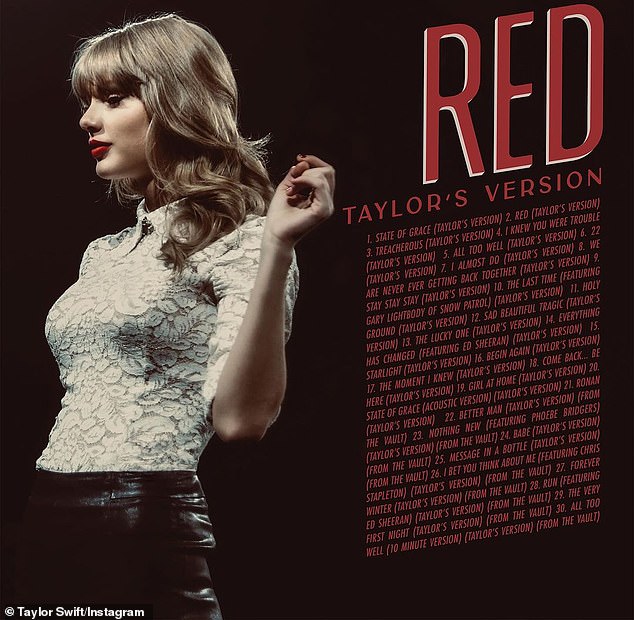 In the offing: Now this Friday the 31-year-old will drop a new Taylor’s Version of Red with six songs she had written for the first version but decided not to include at the time

The year after the original version of Red came out Taylor told Vulture without giving names that she had ‘heard from the guy that most of Red is about.’

Said she: ‘He was like: ‘I just listened to the album, and that was a really bittersweet experience for me. It was like going through a photo album.’ That was nice.’

Taylor has been feuding for years now with music mogul Scooter Braun, who manages acts like Justin Bieber and Ariana Grande. 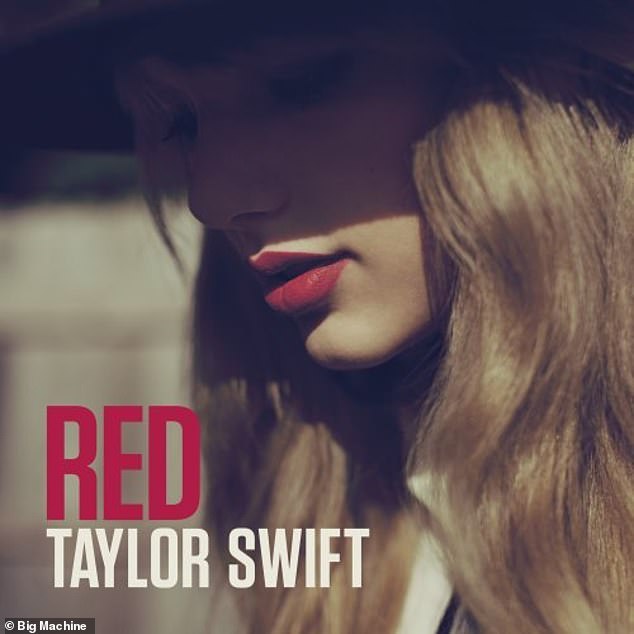 Remember when: The year after the original version of Red (pictured) came out Taylor told Vulture without giving names that she had ‘heard from the guy that most of Red is about’

Their public battle of wills kicked off after Scooter bought the company that owns the masters to Taylor’s first six albums.

Now their clash has reached such a fever pitch that she is rerecording all six albums to release versions that she herself will own.

She began with her second studio album Fearless, which she dropped her rerecording of in April, and is following it up with Red. 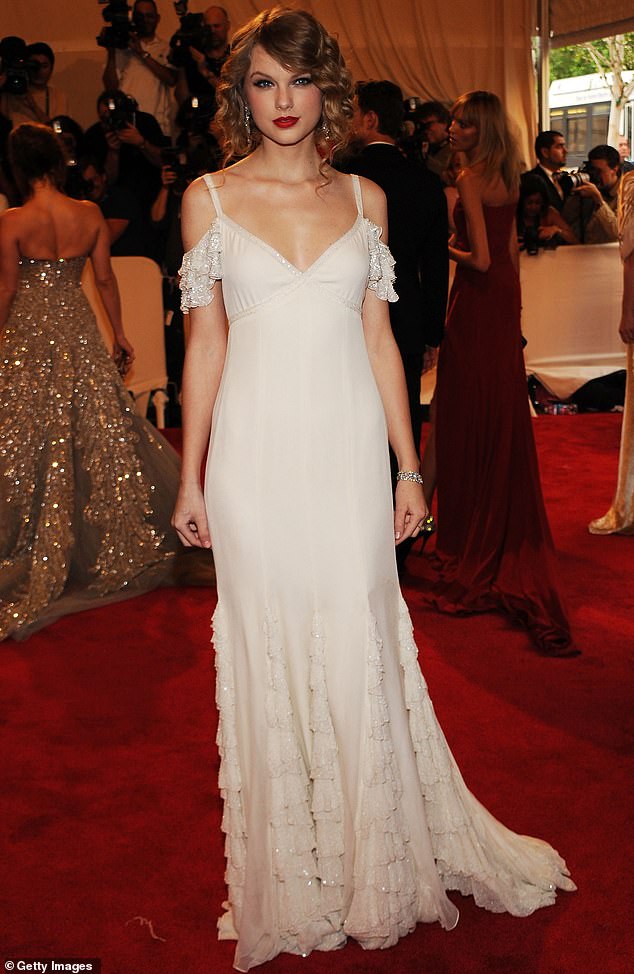 On the town: Taylor is pictured attending the Met Gala in New York City on the first Monday in May of 2010 just months before she got together with Jake