Tammy, 34, revealed the news in a preview clip posted for the show as she spoke with her beau of two years, Jerry, in a restaurant along with her sister Amy and brother-in-law Michael.

‘It means love is love,’ Slaton said of being pansexual in a preview published on TMZ. ‘I would date anybody, whether they’re transgender, straight, gay.’ 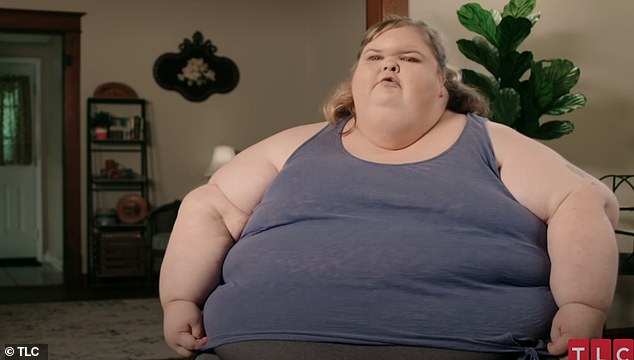 She was later heard saying in the clip: ‘I always thought I was bisexual, and then I started talking to one of my friends and she told me she was pansexual, and I asked her kind of what it meant. It means you love everybody, not just the same sex.

‘And I was like, “Well, I guess I am too,” because I wouldn’t mind being with someone who’s transgender, or whatever … or girl.’

Tammy added, ‘It’s about how they make me feel, not how they look.’

Tammy said she was comforted by her boyfriend’s reassuring words, as he told her he loved her after her personal admission. 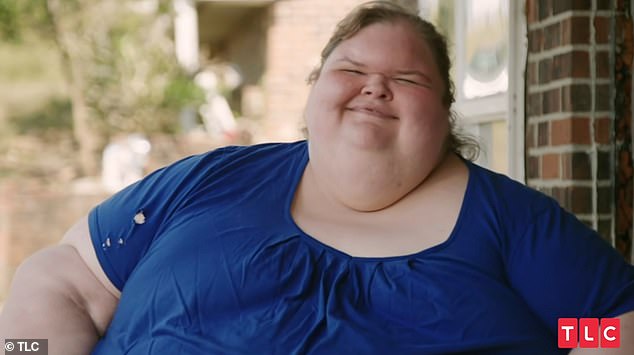 Details: Tammy she spoke with her beau of two years, Jerry, about the news, and he was loving and accepting in response 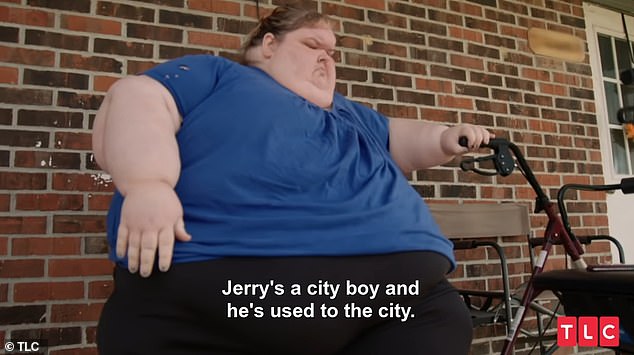 The show is about Georgia-based sisters Tammy and Amy, ‘who have always relied on each other and food for support’ as they deal with different health complications, TLC said

‘I’m happy because he took it pretty well,’ she said. ‘Acceptance of people’s sexuality is important to me.’

Jerry said he was ‘okay with’ everything, adding, ‘I’m still trying to figure out what it means … I love Tammy the way she is.’

According to TLC, the show is about Georgia-based sisters Tammy and Amy, ‘who have always relied on each other and food for support’ as they deal with different health complications.

‘Amy … is desperate to have children, but hasn’t been able to due to her weight,’ the network said, adding that Tammy ‘is one step away from being bedridden.’