Sylvester Stallone, 74, is a proud papa and husband as he enjoys a day on the beach with bikini-clad wife Jennifer Flavin and daughters Sophia and Scarlet

If there’s one silver lining for Sylvester Stallone during the COVID-19 pandemic, it’s spending quality time with his family.

And on Saturday the Rocky star enjoyed another day on the scenic beaches of Malibu with wife Jennifer Flavin and their daughters Sofia and Scarlet Stallone.

The Academy Award nominated actor couldn’t be happier as he chatted with his three leading ladies, who all showed off the fab figures in bikinis. 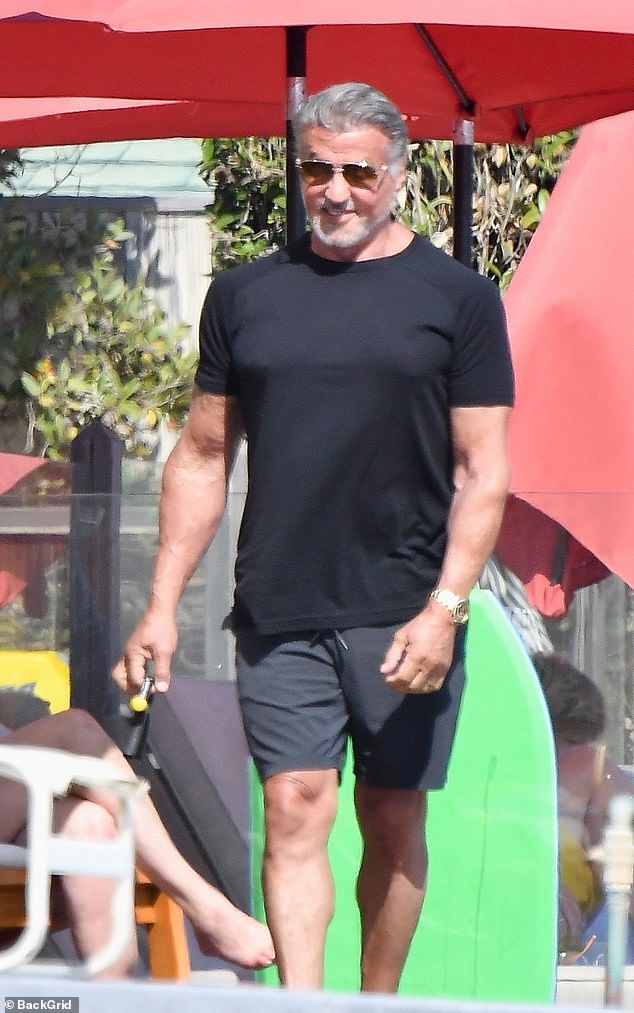 Quality family time: Sylvester Stallone, 74, was all smiles during a a day on the beach in Malibu with his wife Jennifer Flavin and two daughter Sophia and Scarlet on Saturday

Still looking pumped and buff at 74, the Hollywood legend wore black swim trunks with a black t-shirt and grey sneakers.

At times he donned a camouflage baseball cap and dark sunglasses on yet another sunny, summer day in Southern California.

His ladylove, 51, appeared to be equally content on spending the day with two of their three daughters in a baby-blue bikini, white cropped t-shirt and her brown tresses pulled back into a ponytail. 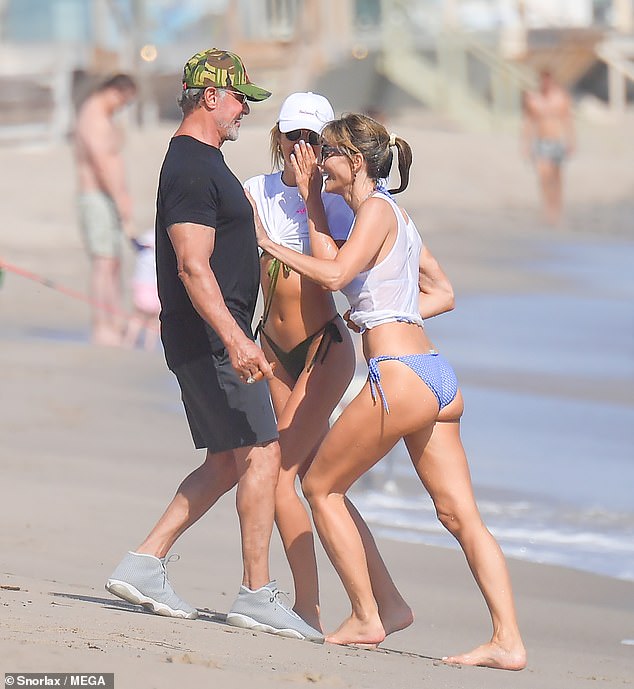 Summer loving: The Hollywood legend looked to be in all his glory laughing it up with his family 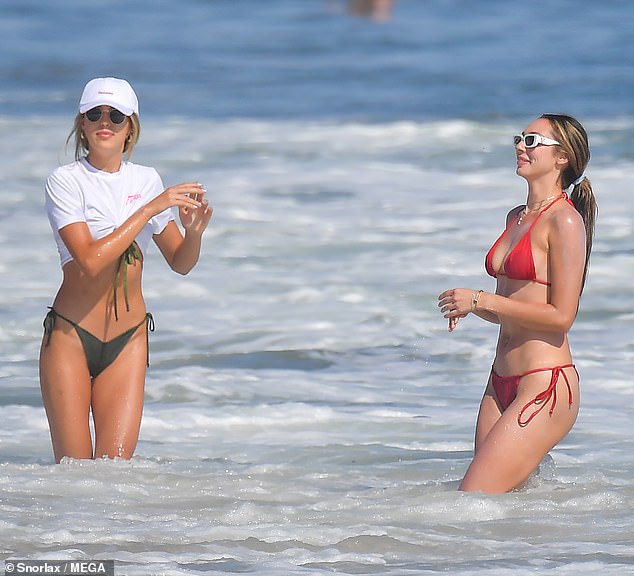 Taking a dip: Scarlet and Sophia frolicked in the waves before diving in

After laughing it up with her parents, Sophia, 23, hit the waves in red string bikini and white retro sunglasses.

Younger sister Scarlet, 18, joined her in a dark green string bikini that was slightly covered up, like her mom, with a white t-shirt that was rolled up in the front to flaunt her toned midriff.

The young ladies frolicked in the surf, laughing and talking, all the while with big beaming smiles on their faces. 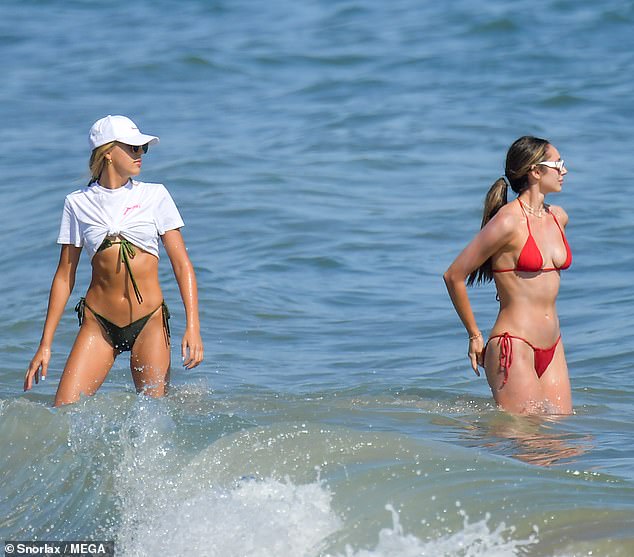 Glaring: Both of the Stallone sisters soaked in the sun while wearing sunglasses 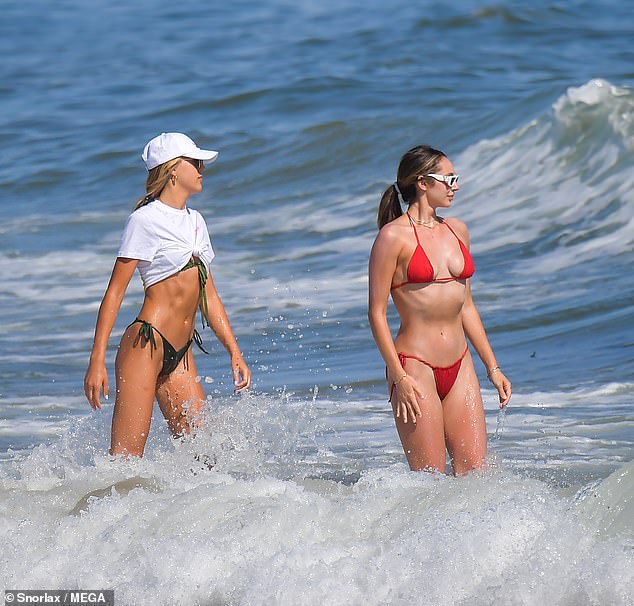 Fun in the sun: The Stallone sisters have been hitting the beaches of Malibu on a number of occasions in recent weeks 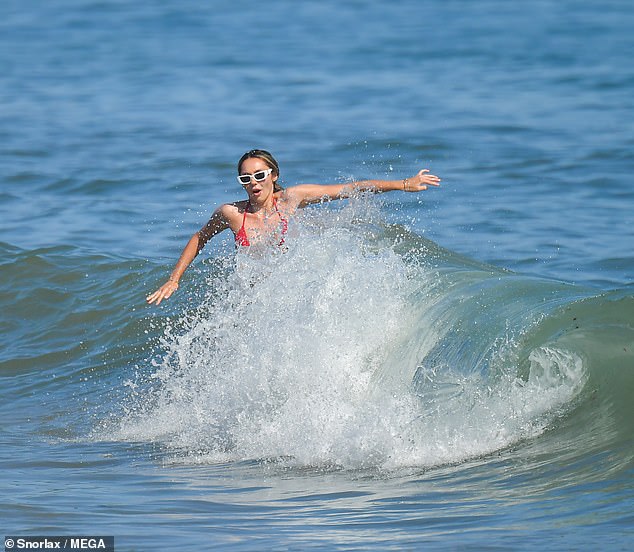 Working it: At one point Sophia  rode a wave into the shore

None of the Stallone clan wore protective masks, but they still complied with health and safety mandates by social distancing from strangers.

At one point papa Stallone puffed on a cigar as he got his feet wet near where the waves were crashing in.

Eventually the Stallones brought their personal party a little farther back from the shoreline near some big red umbrellas.

The couple, who celebrated their 23rd wedding anniversary in May, also have a daughter Sistine, 22. 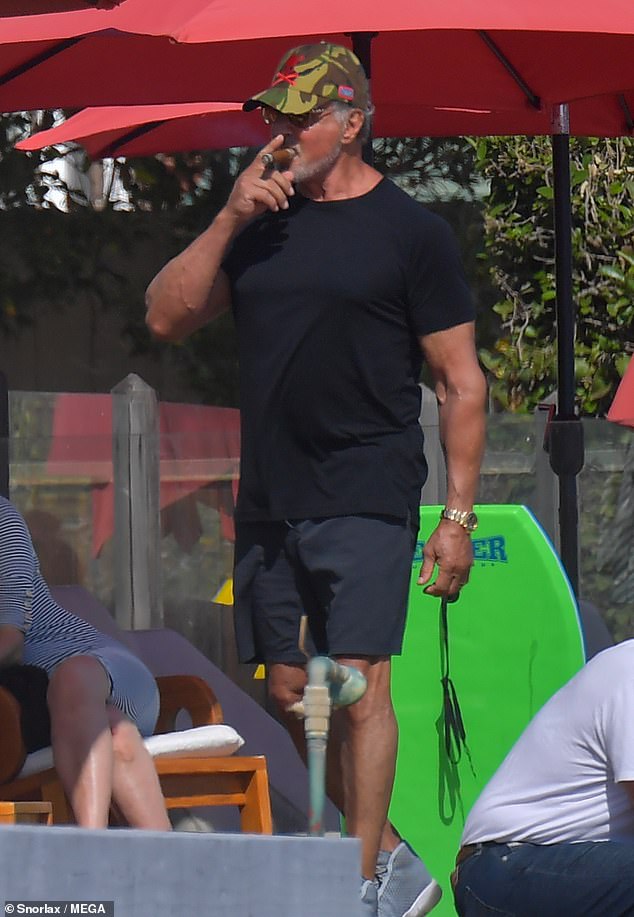 Stogie time: At one point papa Stallone puffed on a cigar and eventually he got his feet wet near where the waves were crashing in 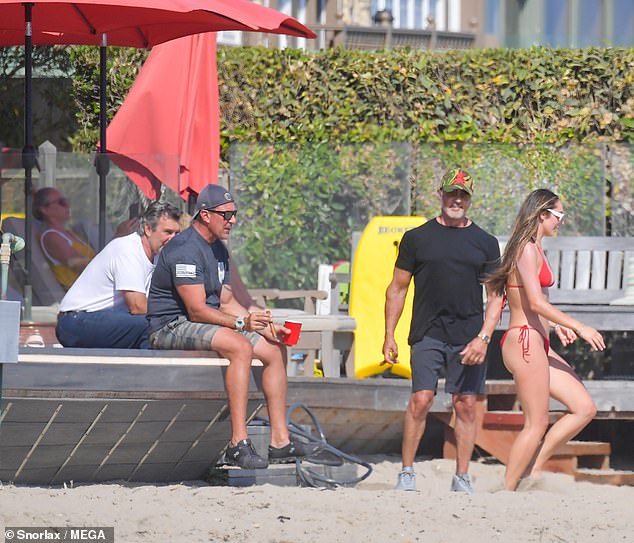 Rock solid: The Rambo star still looked pumped and buff as he patrolled the beach 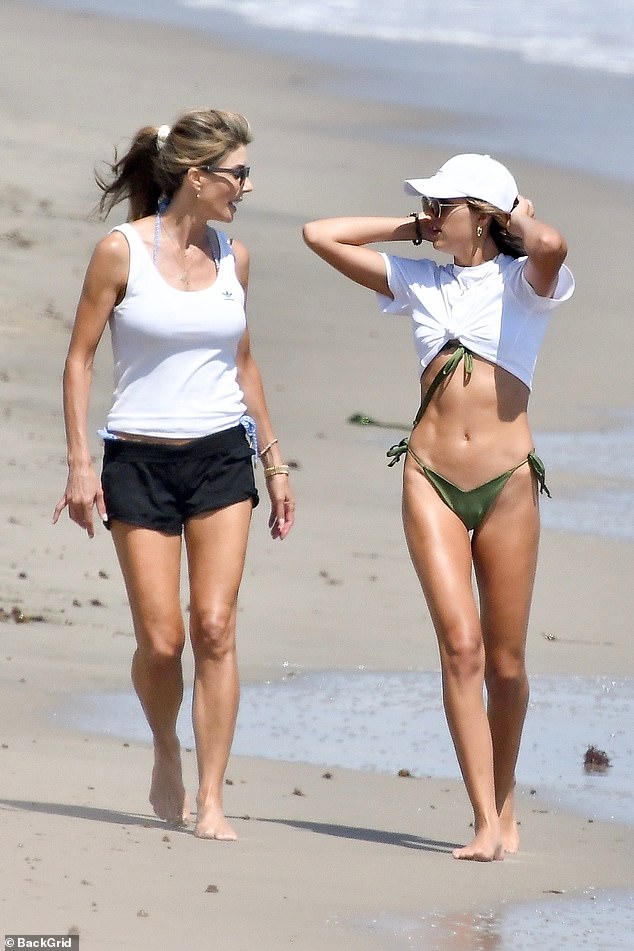 Wardrobe change: Flavin also covered up her bikini with black shorts and another white tee 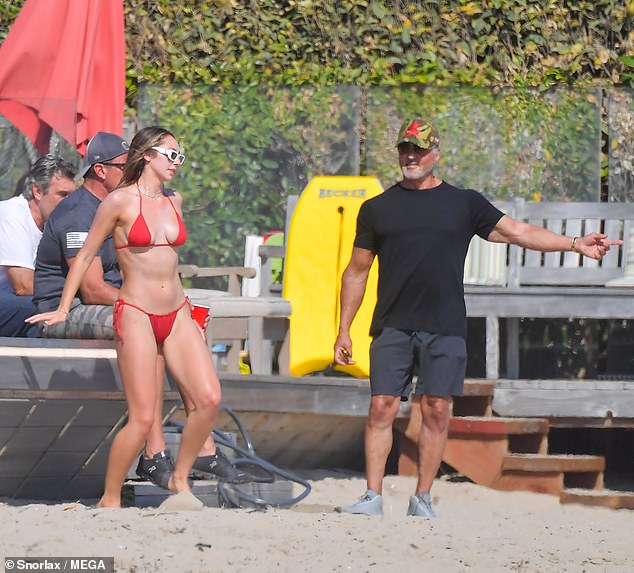 Proud parents: Stallone and Flavin also have a daughter Sistine, 22, who didn’t make the outing