Susan Lucci is 75! The All My Children actress celebrates the milestone with her girlfriends over cake

And the All My Children actress shared with her Instagram followers that she has already enjoyed a mini celebration with a small pink cake alongside her gal pals.

‘Amazing generous girlfriends to organize a PRE-BIRTHDAY lunch for me—complete with @candigrams work of art cake—topped with Peonies—in December!!!’ wrote the beauty next to a photo of herself with two ladies. 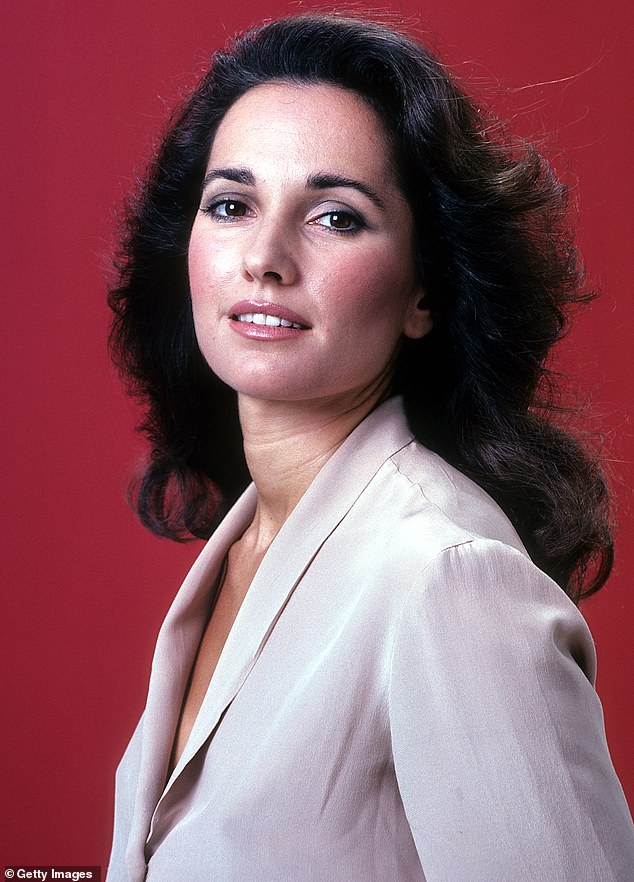 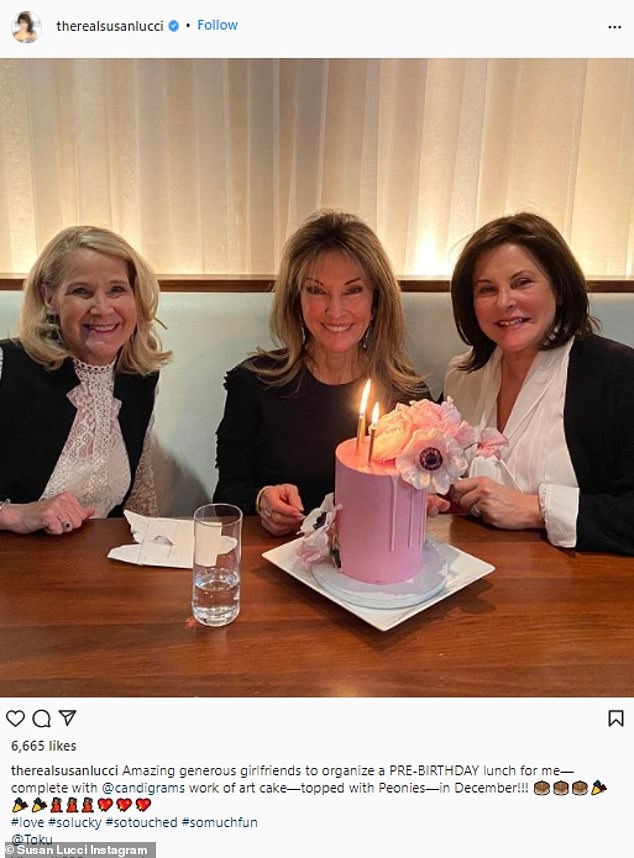 With her pals: And the All My Children actress shared with her Instagram followers that she has already enjoyed a mini celebration with a small pink cake alongside her gal pals

She added in her hashtags that she was ‘so lucky’ and ‘so touched’ and had ‘so much fun.’

Her next Instagram post showed her in a low-cut black dress that made the most of her cleavage. She added diamond jewelry and wore her highlighted hair down.

The beauty was dining with her longtime husband Helmut Huber, 83, whom she wed in 1969. He had on a dark suit and red tie. 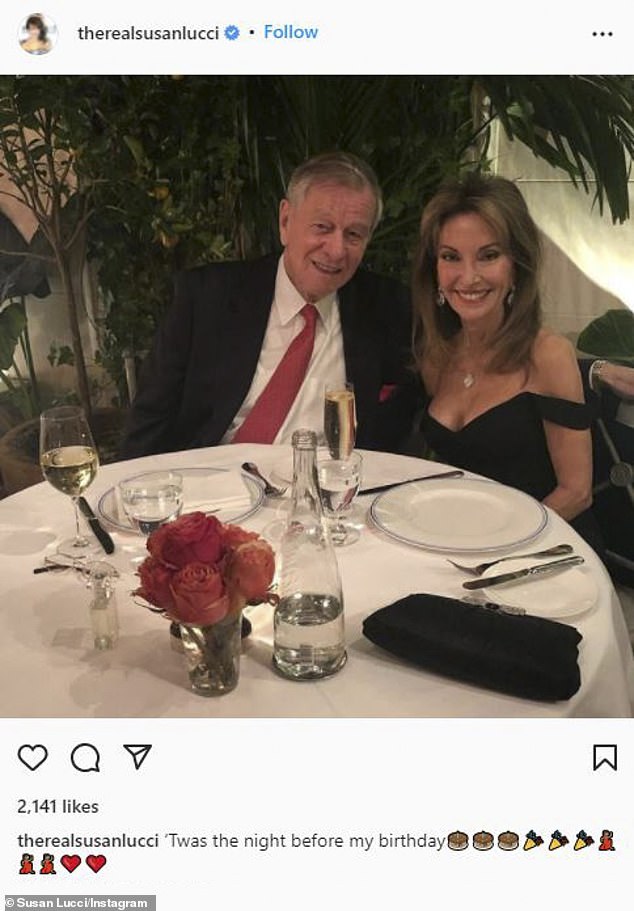 Early celebration: Her next Instagram post showed her in a low-cut black dress that made the most of her cleavage. The beauty was dining with her longtime husband Helmut Huber, 83

They were seated at a restaurant where she seemed to be enjoying a glass of champagne as he went with white wine.

‘‘Twas the night before my birthday,’ wrote the siren in her caption.

The star is best known for portraying Erica Kane on the ABC daytime drama All My Children during that show’s entire network run from 1970 to 2011. 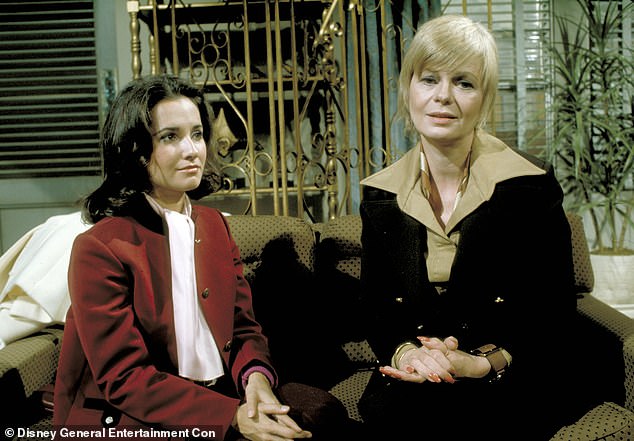 TV vet: The star is best known for portraying Erica Kane on the ABC daytime drama All My Children during that show’s entire network run from 1970 to 2011. Seen left 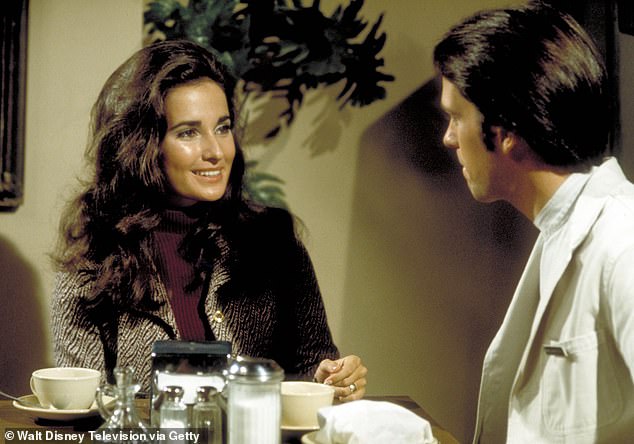 A good day for the acting vet: The New York native is seen here on the left during an episode of All My Children with Charles Frank

Lucci is also known for her pinup figure.

Many times she has shown off her hot body on Instagram, much to the delight of her loyal 175K followers.

The brunette bombshell was in a white one-piece swimsuit as she walked on the beach during a vacation in 2020. 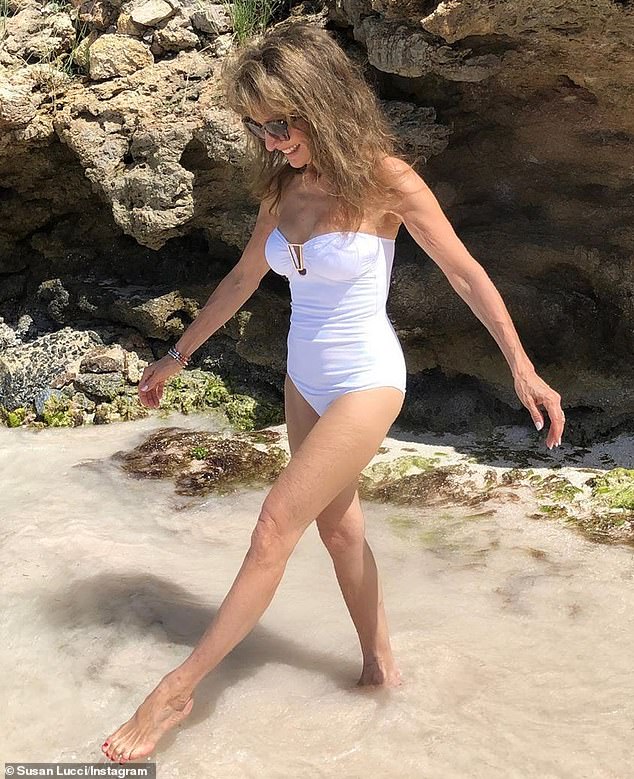 Still a 10: The actress who showed off her incredible shape in a new Instagram shared in 2020

Lucci wore her highlighted hair down and she had on cat-eye sunglasses as she smiled while looking at the water.

Liveyourbestlife2018 said, ‘Lalucci fabulous in her 70s’ while Donnamadonna444 added, ‘You are so beautiful’ and Rosecottagebrenda commented, ‘Just gorgeous !! You have always been so stunning and no matter what she your as always fabulous. Just love you Susan.’ 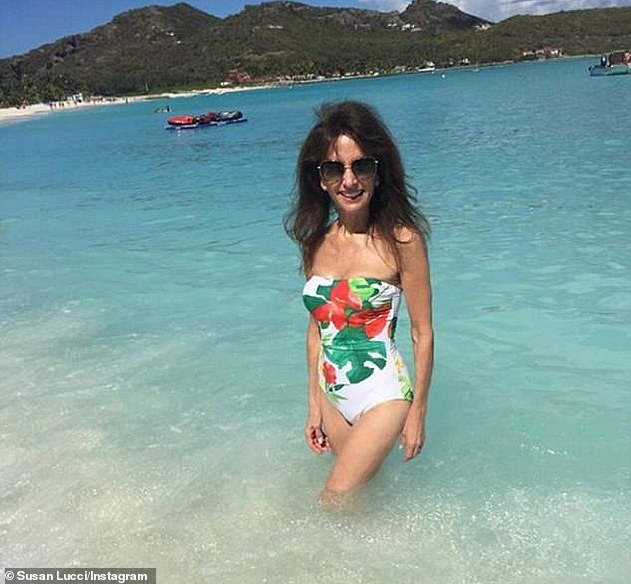 Splish splash: In 2018 the star was seen in a floral suit while in the ocean in St Barts 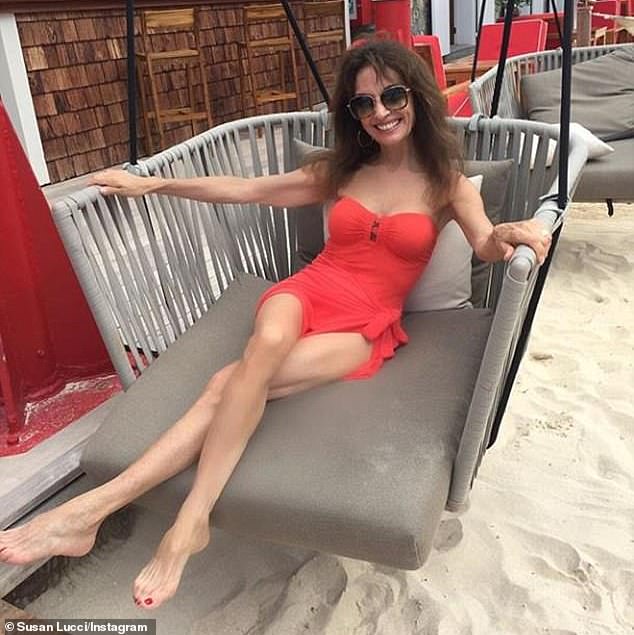 She’s got legs for sure: And on the same trip the acting queen was seen in this red outfit

In 2018 she was in a red suit when she was in the exact same location. She was also seen on a yacht and out to lunch in skimpy little beach town outfits.

In 2018 she told People magazine that she refuses to wear a bikini as she likes to stick to one pieces.

‘I occasionally buy a bikini, but I’m too shy to wear it,’ said the brunette bombshell.

She added, ‘There are times we’re in a secluded place, and someone will come up to me on the beach. So I’m a one-piece person.’

‘As women it’s easy to find the faults in ourselves,’ the TV darling said.

‘Be your own best friend,’ said the brunette. ‘Don’t compare yourself to others and don’t be so hard on yourself.’

Susan talked to the magazine to plug her new QVC clothing line, which has sizes XXXS to XXXL. 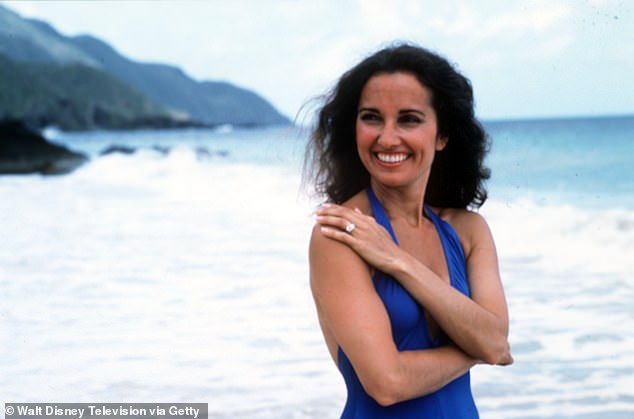 On the beach decades ago: Here Susan wore a blue suit while on the beach in 1978

She said she loves to live in her active wear and after fans kept telling her how great her outfits look, she decided to do her own line.

As far as looking stylish as a senior, she said that ‘sometimes we put labels on ourselves’ and women pick certain clothes because they think it’s ‘appropriate’ but in the end they look ‘older than you are.’

But the Emmy favorite cautioned: ‘Don’t try to look like your teenage daughter.’

The beauty is married to Huber. She is also a mother of two and a grandmother of three.

Lucci starred in more than a thousand episodes of All My Children as Erica Kane from 1970 to 2011.

After the show was cancelled by ABC, the actress went on to appear in the comedy series Hot In Cleveland playing herself.

She also starred on ABC’s dramatic comedy series Devious Maids from 2013 to 2016. 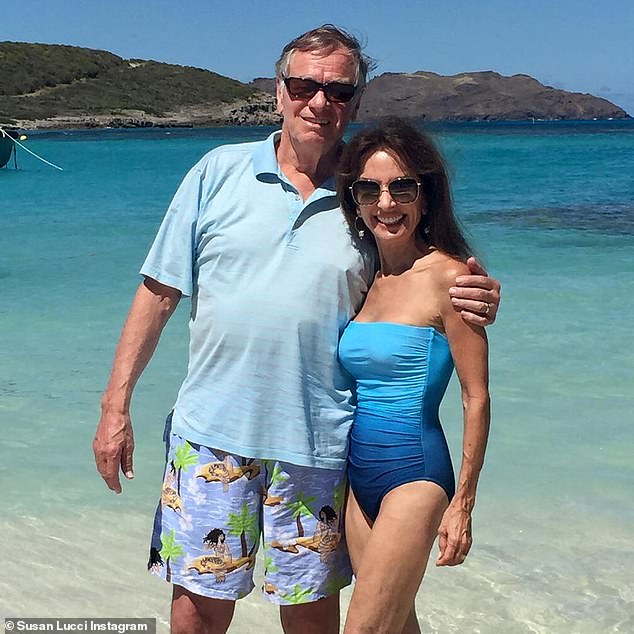 With her true love on the beach: The beauty is married to Huber. She is a mother of two and a grandmother of three