Strictly Come Dancing ex-pro Kristina Rihanoff has slammed Chancellor of the Exchequer Rishi Sunak after he unveiled his post-lockdown Budget.

The dancer, 42, claimed she’s had ‘zero help’ from the government after being ‘excluded’ from any financial aid as a self-employed dance teacher, meaning she hasn’t been eligible for furlough payments.

Kristina joins three million workers who are newly self-employed, PAYE freelancers or self-employed who have earned £50,000 or more in trading profits in recent years, but have no received no financial support during the pandemic. 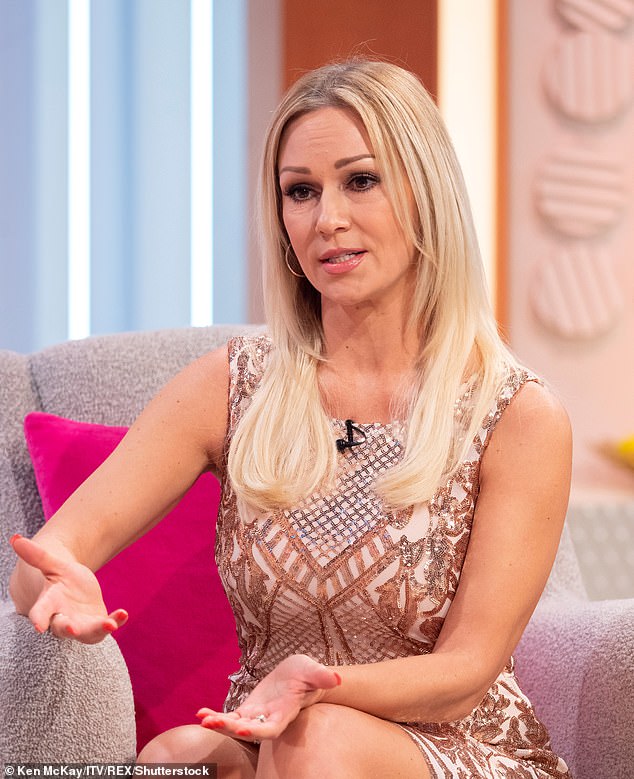 Angry: Kristina Rihanoff has claimed she’s had ‘zero help’ from the government after being ‘excluded’ from any financial aid during COVID-19 pandemic (pictured in 2018)

In a slew of tweets Kristina revealed her financial hardship to her fans, as Chancellor Sunak failed to offer any financial aid to those excluded freelancers in his min-budget announced on Wednesday.

Along with a six-month ‘stamp duty holiday,’ it was announced that the public would received a discount on eating in various restaurants from Monday to Wednesday throughout August, to try and encourage spending and restart the economy.

The ‘eat out to help out plan’ came under scrutiny for many, with Kristina noting that many people were unable to feed their own families after being unable to earn a penny since businesses closed in March. 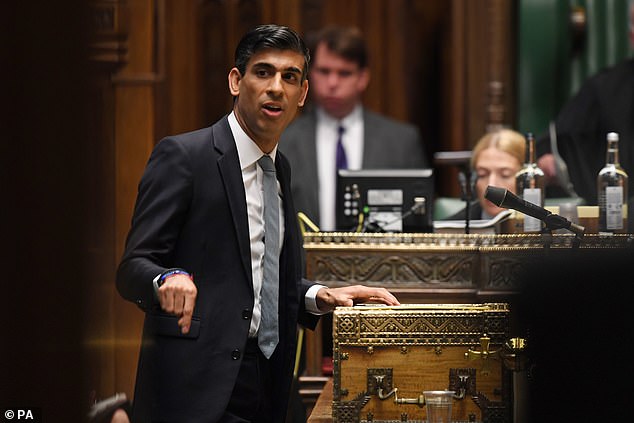 Really? On Wednesday Chancellor of the Exchequer Rishi Sunak announced his ‘mini-budget’ for the UK after lockdown, but failed to offer any aid for self-employed

On Wednesday she wrote: ‘To ”eat out to help out” you need to have some money @RishiSunak. You seem to forget that a lot of people lost their jobs or unable to work at the moment and the government excluded millions of people like myself and provided zero support just because we are company directors.’

On Thursday she also re-tweeted a furious message following Sunak’s appearance on BBC Breakfast, which stated: ‘Embarassing #RishiSunak on #BBCBreakfast basically it’s touch s**t for 3 mil self employed (no help)… you can have a discounted meal out tho!’

She later added: ‘What was this answer from @RishiSunak that government helpd self-employed? I AM self-employed, I am my company director and ”employing myself” but I got zero help just like millions of others like me! Why are we neglected? Oh but I can go and have a discounted meal.’ 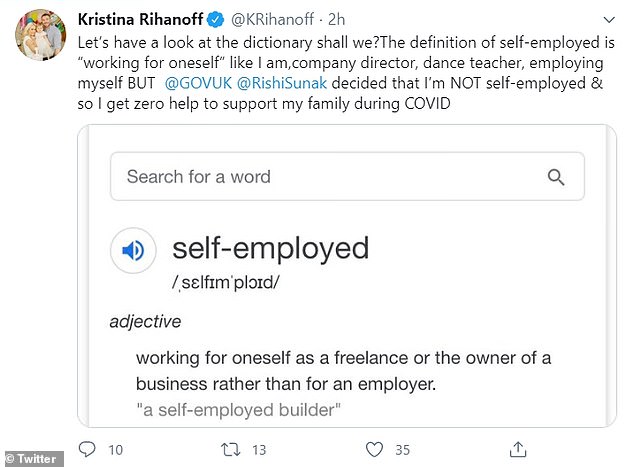 Irate: Kristina slammed Chancellor Sunak in a slew of tweets, noting she’d had ‘zero help’ from the government as a self-employed dance teacher

Later in the day Kristina also shared a screengrab of a definition of the world ‘self-employed,’ writing: ‘Let’s have a look at the dictionary shall we?

‘The definition of self-employed is “working for oneself” like I am,company director, dance teacher, employing myself BUT @GOVUK @RishiSunak decided that I’m NOT self-employed & so I get zero help to support my family during COVID.’

Kristina has been unable to host her usual dance classes due to the lockdown, but has been hosting online lessons for fans keen to improve their moves. 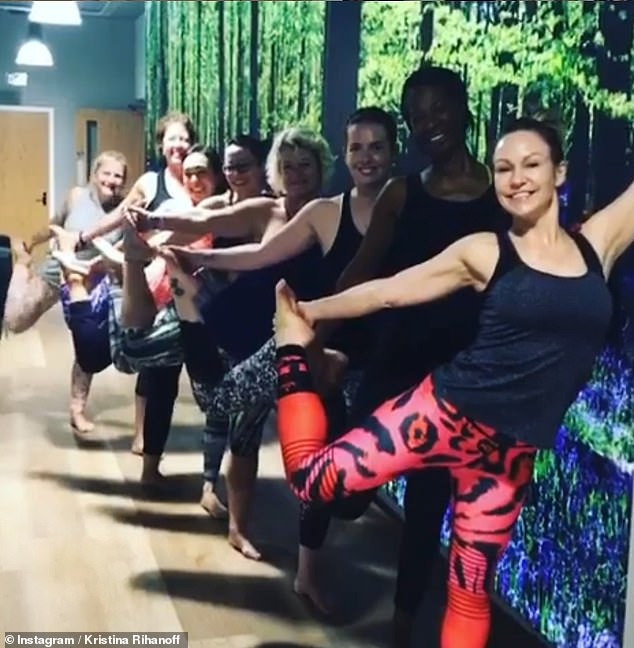 Hard-working: Since leaving Strictly in 2015, Kristina has set up her own dance school, and has continued to host online lessons during lockdown (pictured in March)

Many of those affected by the exclusions have been unable to work due to lockdown, losing most or all of their income, with some on the brink of winding up their business and almost all unable to claim any Government aid.

The most aribitary of the exclusions are those affecting the newly-self employed and sole traders who have made more than £50,000 in recent years, which they will have paid income tax on in full.

They are locked out of help of up to £2,500 per month for three months, despite there being no such upper earnings limit on the furlough scheme. 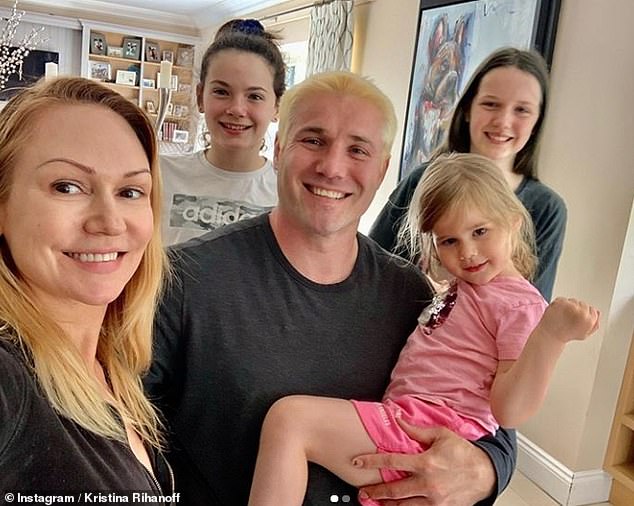 Close: She also raises daughter Milena, four, with partner Ben Cohen. They are pictured with his twin daughters from his marriage to Abby Blayney