Jeremy Vine co-host, Storm Huntley, 33, took to Twitter to show off her new dressing room, after admitting that she used to get changed in the toilet before presenting the show. The former weather presenter proudly showed off her own “spin” on decorating the room with before and after pictures, which she claimed she got given because of Covid.

The Channel 5 presenter took to Twitter to brag about her new behind the scenes sanctuary, which she styled to her taste.

Storm wrote: “One good thing to come out of Covid is that I got a dressing room for the first time ever!

“(No more getting changed in the toilet for me!)

“So I couldn’t resist putting my own. Spin on it.. #homeimprovements #60secmakeover.”(sic)

REAM MORE: Dick Strawbridge divorce: Why did Dick and his first wife split? 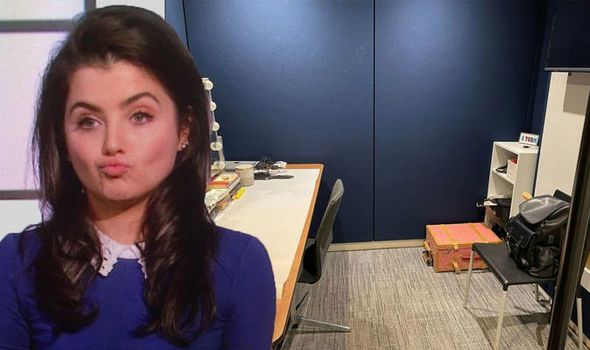 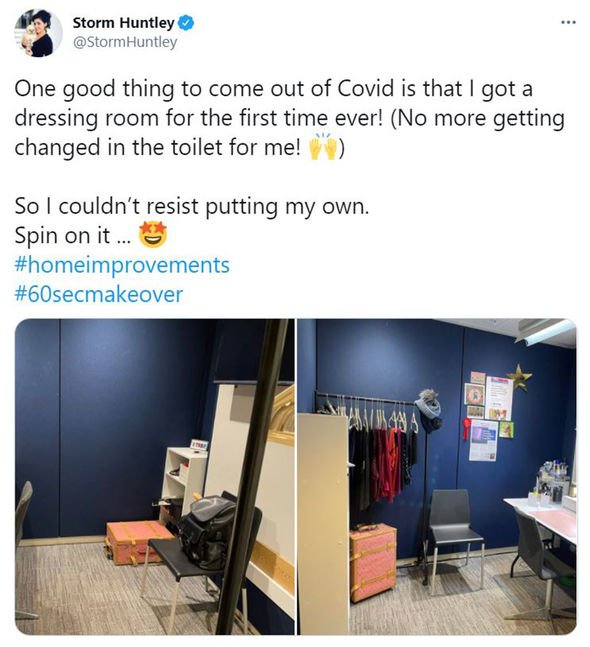 The before shot showed a bare navy wall, a vanity mirror, an empty clothes rack and an untidy table.

But the dressing room underwent a dramatic improvement after Storm had finished giving the space a makeover.

A gold star and posters had been put on the wall, while the rail was now filled with the former weather presenter’s garments.

The biggest change was Storm’s makeup table, which had been transformed by the lights around the edge and tidy organisers of products. 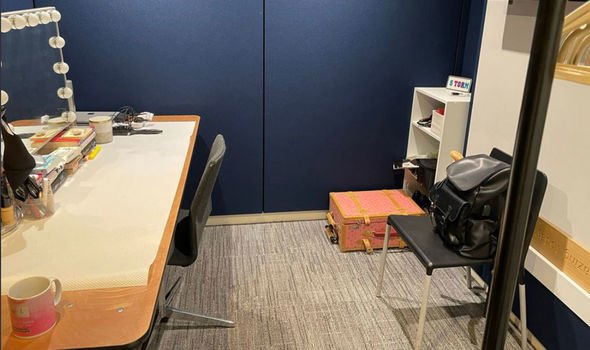 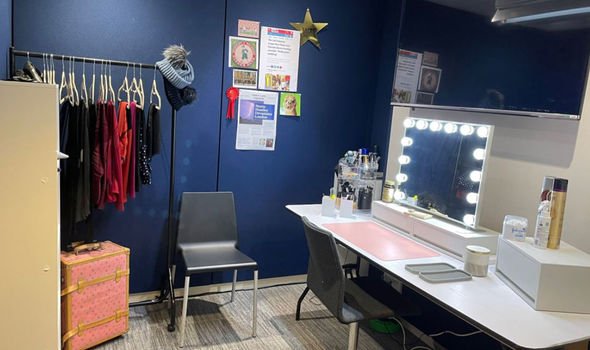 The star said that she managed to bag the room as a result of Covid, saying it was the “one good thing” to come out of the pandemic.

One follower commented: “I’m surprised that you didn’t have your own dressing room as the star of the show. I thought that would be a given.”

Another added: “Surprising lack of Boo!”, referring to Storm’s dog.

The co-host was quick to write back: “You’re right, I will rectify this ASAP!”

At the end of October, Storm revealed that her beau, singer Kerr Okan, had proposed after she took to Twitter to show off her engagement ring.

Above a snap of Kerr and Boo, she wrote: “There are two absolute diamonds in this picture!!

“The rings not bad either! #engaged @KerrOkan.”

Kerr, the lead singer for band The LaFontaines, revealed he got down on one knee to propose to Storm and called her the “burd of his dreams”.

Last month Storm hinted on Twitter that they were planning to get married at McDonalds.

The former Riverside Show presenter uploaded a picture of her and her fiancé dressed in full glam inside the fast food joint.

While another visualised the big day: “Ronald McDonald to officiate, bridesmaids dressed like Big Macs, chicken nugget confetti…I see it.”

Express.co.uk has contacted a spokesperson for Jeremy Vine for comment.