Steve Harvey has landed in hot water yet again amid his hosting duties for the Miss Universe pageant.

No, he didn’t crown the wrong winner (again) – instead, he asked one competitor to *checks notes* make an animal sound?

Whatever you think of these pageant shows, it’s safe to say the people are not best pleased other contestants vying for the extravagantly-large crown were asked about their accomplishments while Miss India was left meowing like a cat.

Speaking with Miss India Harnaaz Sandhu front of stage over the weekend, Harvey took the competitor by surprise when he asked: ‘I hear you do some pretty good animal impersonations. Let’s hear your best one.’

Sandhu replied: ‘Oh my god, Steve, I was not expecting to do this on the world stage.’

You and us both. 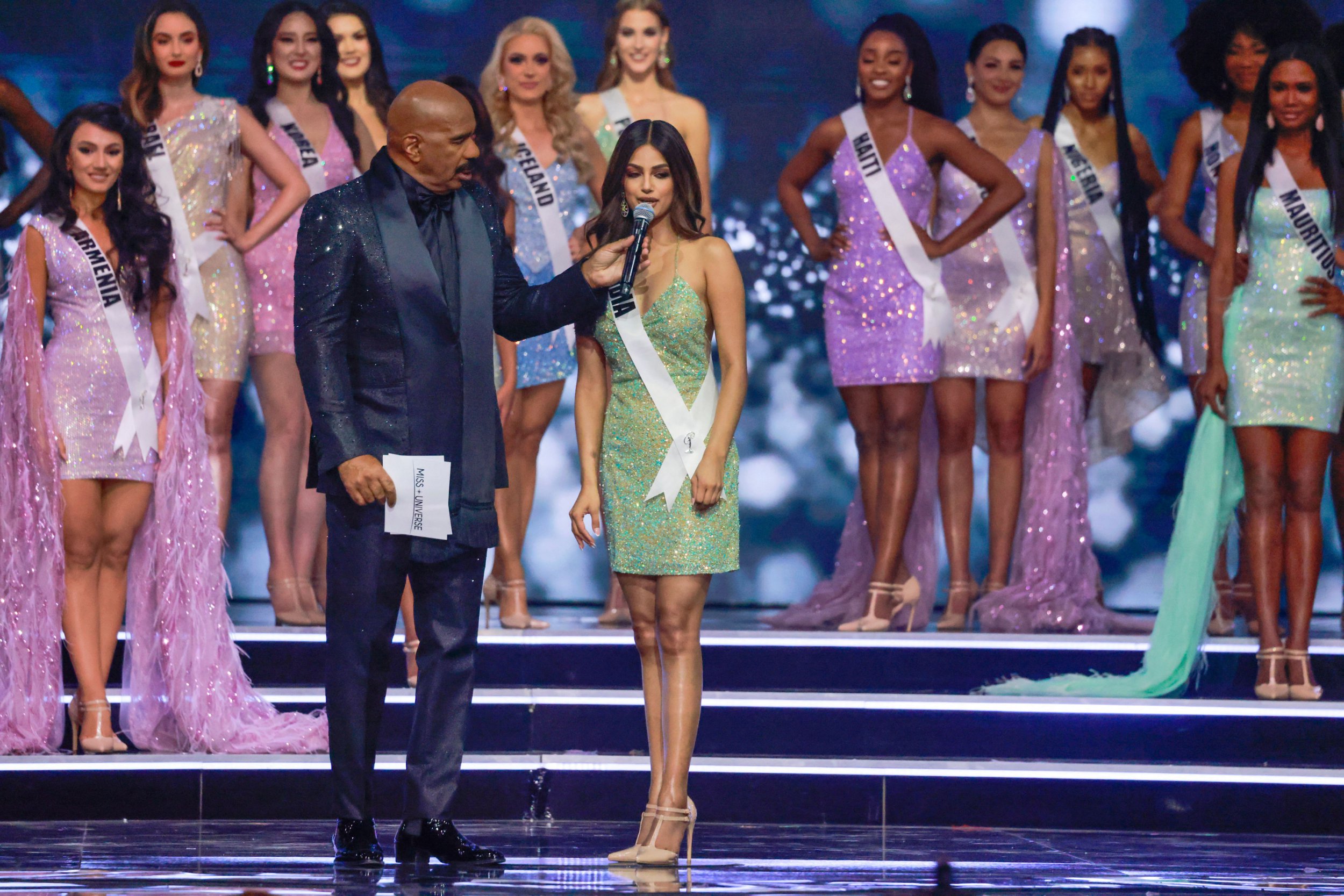 Still, she took it all in her stride and, in the spirit of the pageant, said: ‘I have to do this, I have no other option.’

After explaining that she loved cats and does a pretty nifty impersonation of one, Sandhu told the audience to ‘brace’ themselves, before sharing some (rather impressive, if we do say so ourselves) meows right into Harvey’s microphone.

Sure it was an entertaining moment, but viewers were a little sour that other contestants had been asked about their stellar accomplishments and not to make an animal noise.

In comparison, Miss Panama Brenda Smith spoke about her position at the UN, while Miss Great Britain Emma Collingridge discussed a dissertation on mythological character Medusa’s origin story and how it inspired her to fight against gender-based violence.

The thing is, it clearly made no difference as in the end Sandhu was crowned Miss Universe, after using the platform to speak on climate change (when she wasn’t being asked to meow).

That didn’t stop pundits online from criticising the questioning, however, with many wondering what Harvey was playing at.

‘Why the f**k ya made miss India meow like a cat in front of everyone but gave all the other contestants solid questions?’ one Twitter-user wrote after the moment.

Others were mighty impressed she took the title after the meowing moment, as one reacted: ‘Even after they made her meow on live television she still won. Congrats Miss India.’