It’s smoke without ire! Jerry Hall is seen puffing on a ciggie as she is pictured for the first time since her divorce from Rupert Murdoch

Now Jerry Hall has been seen in public for the first time since the divorce – smiling and enjoying a smoke.

Her cigarette habit was rumoured to be strongly disliked by the billionaire and a possible reason for the break-up. 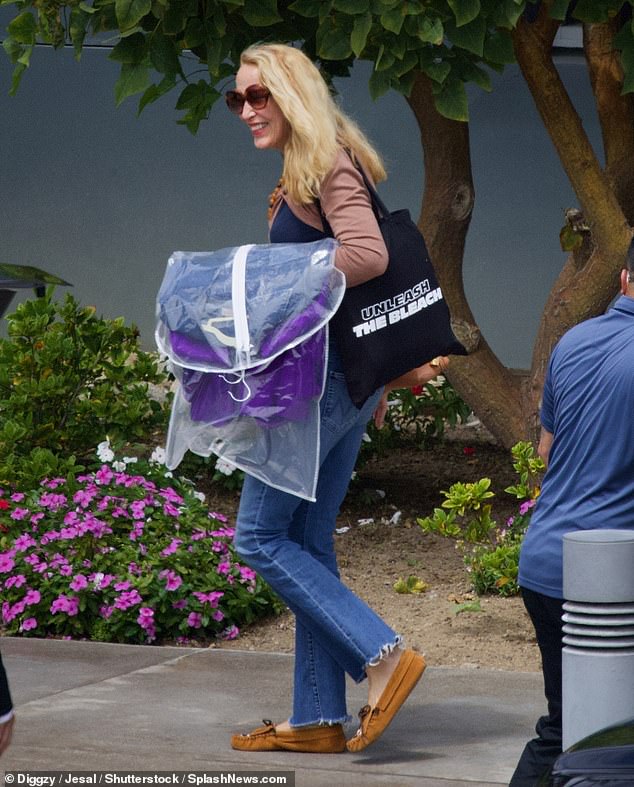 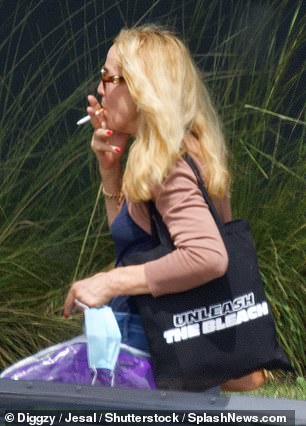 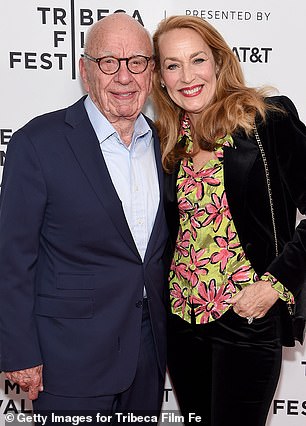 Puff: Miss Hall has a cigarette. Her cigarette habit was rumoured to be strongly disliked by Rupert Murdoch (right), 91, and a possible reason for the break-up

The former supermodel, 66, who reached a settlement of up to £250million with Mr Murdoch, 91, was in good spirits as she landed in Los Angeles with her daughter Georgia May Jagger, 30.

They appeared to disembark from Mr Murdoch’s Gulfstream jet, suggesting the couple remain on friendly terms.

The plane took off from Farnborough in Hampshire on Monday.

Miss Hall, who has four children from a 23-year relationship with Rolling Stones singer Sir Mick Jagger, parted ways with Mr Murdoch after he allegedly ended their marriage via email in June. 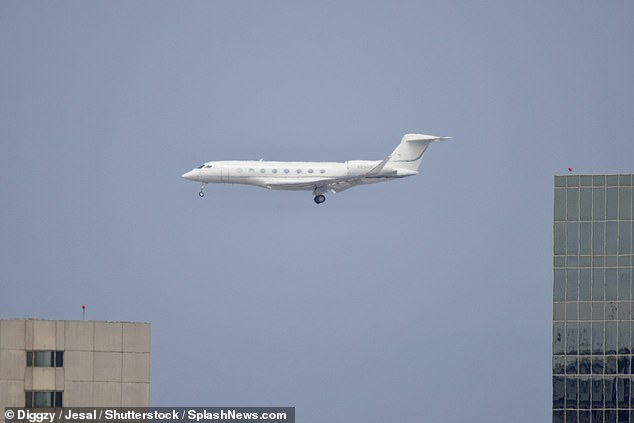 The former supermodel, 66, was in good spirits as she landed in Los Angeles with her daughter from Mr Murdoch’s Gulfstream jet, suggesting the couple remain on friendly terms 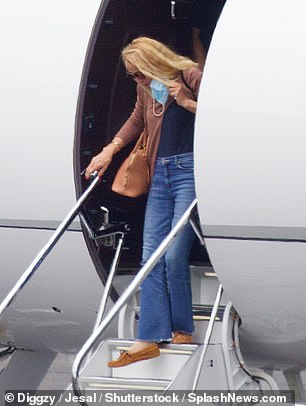 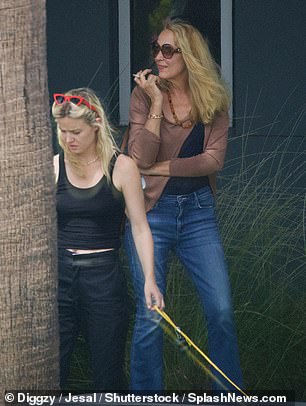 She filed for divorce in July in Los Angeles and he was served papers as he boarded a plane in the UK after attending his granddaughter’s wedding.

A joint statement released this month confirmed the divorce, saying: ‘They remain good friends and wish each other the best for the future.’

Miss Hall was first spotted with Mr Murdoch in 2015 and the couple married in Fleet Street, London, in 2016.

The divorce settlement is thought to have awarded her two houses and up to £250million, according to sources. However, insiders close to four times-wed Mr Murdoch insist the figure is nearer £50million.

During the trip, the two women were accompanied by Miss Jagger’s skateboarder boyfriend Cambryan Sedlick and their two dogs.

She accessorised her outfit with a chunky beaded necklace and oversized tortoiseshell sunglasses.

Her model daughter also proved her fashion credentials in a pair of relaxed black Dickies trousers and tank top.

Miss Jagger opted for bright red sunglasses and a simple gold necklace, while her long blonde hair was styled in loose, beachy waves.