The singer, who has been seen a number of times on The X Factor as Simon Cowell’s guest judge, has always been one for mind-blowing outfits.

After her split with the TV judge, Simon and Sinitta remained good friends – and she would always show up to his holiday home in a bid to command attention.

Still gaining all the attention from her fans, Sinitta never fails to wow with her weird and wonderful outfits – but her latest is a winner.

Opting for a major flesh-flashathon, Sinitta paraded her assets as he ditched her bra in the mind-boggling exposé.

The low-cut number saw her chest pop from the sides as she risked flashing a lot more than intended.

Her bulging chest defied gravity as she managed to remain in place without added support.

The buttons fell below her assets as they stole centre stage in the jaw-dropping ensemble, allowing her to ramp up the sex appeal.

With all eyes on her, the bombshell also flashed her lengthy pins as she strutted her stuff in the teeny minidress. 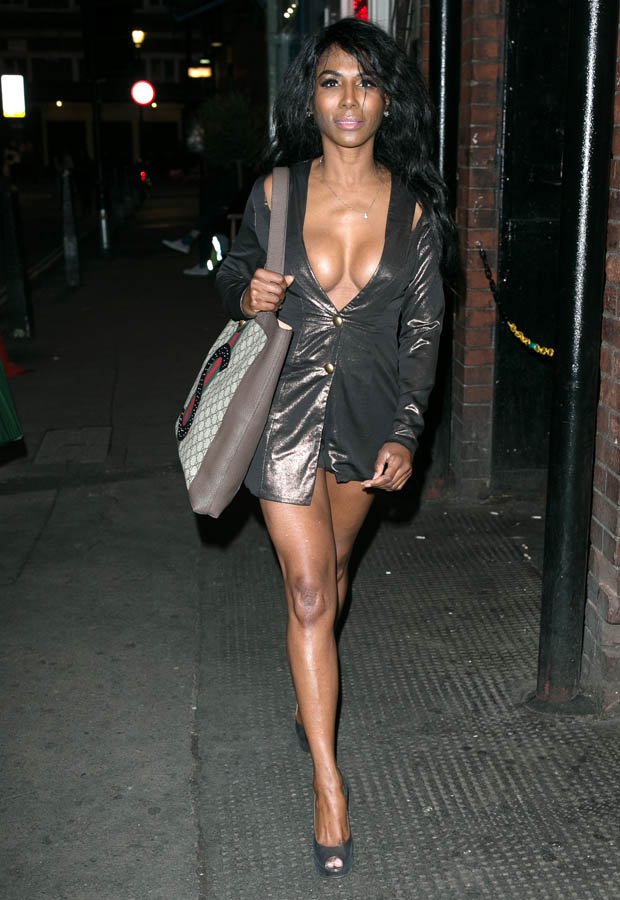 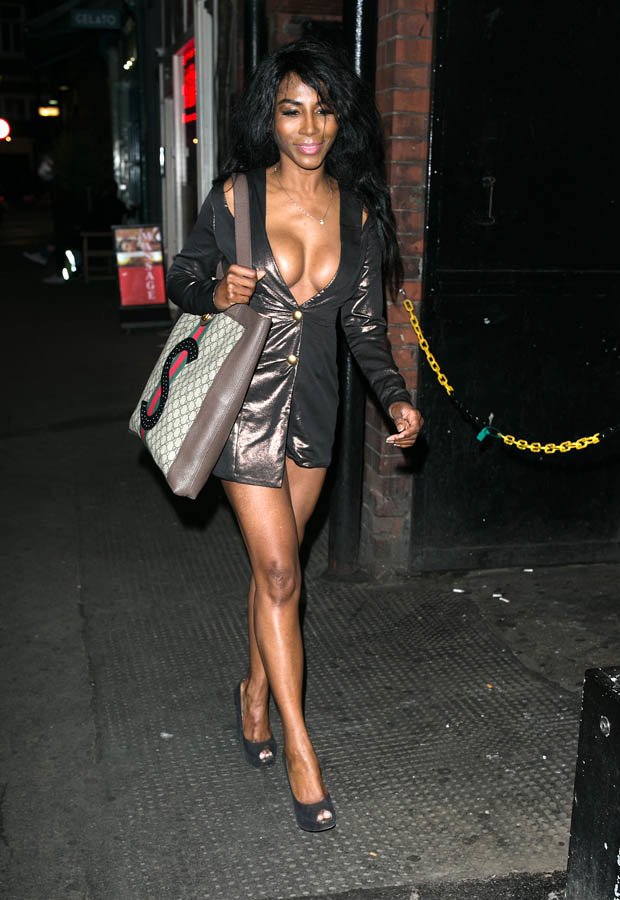 Topping the look with a pair of peep-toe shoes, Sinitta definitely knew how to command attention.

Her long locks fell down her back as she opted for a full face of glam for the mind-blowing look.

With a pair of lashes partnered with a pink gloss on her plump pout, the babe made an effort to not go unnoticed.

Sinitta never fails to bring in the attention, with most of her outfits allowing the babe to parade flesh in one form or another. 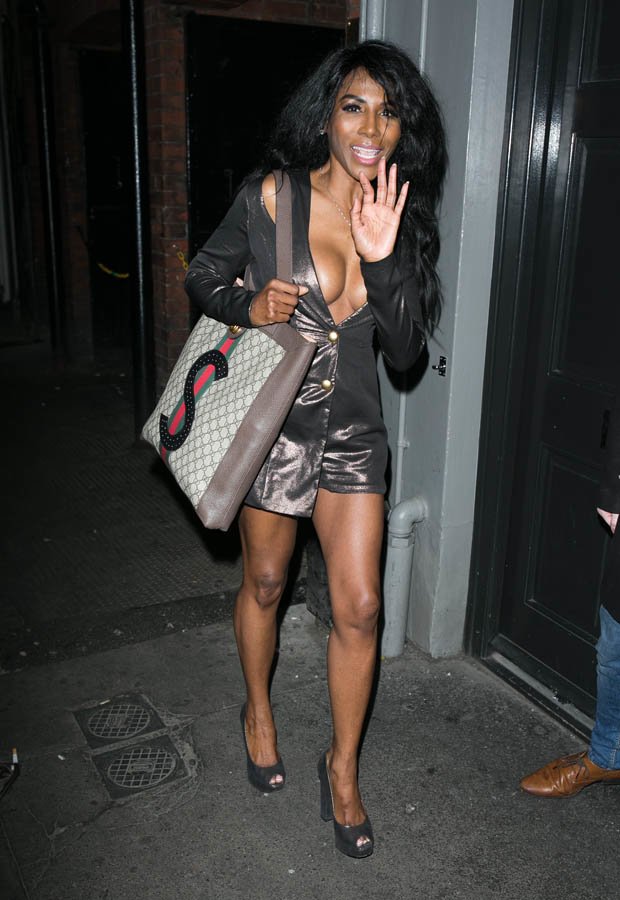 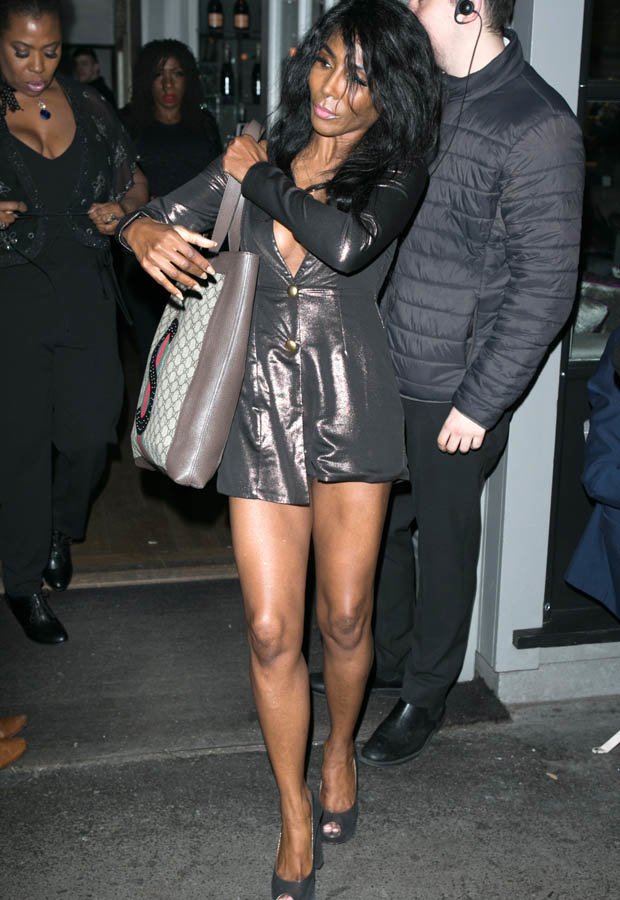 One of her most famous outfits is her wild leaf costume she debuted at Simon’s house on The X Factor.

The babe showed up in nothing but leaves as she went completely nude on camera – and fans were blown away.

While she hasn’t gone for anything quite as extravagant since, her latest look is definitely one of her best hits.