Sienna Miller looked absolutely sensational as she arrived to the eagerly-anticipated nuptials of Ellie Goulding and Caspar Jopling with her beau, Lucas Zwirner.

The actress, 37, wowed in a brown statement midi dress as she arrived hand-in-hand with her other half, 28, at the York Minster Cathedral on Saturday afternoon.

Turning heads in her white polka patterned look, Sienna complemented her ensemble with a pearl and diamond body chain. 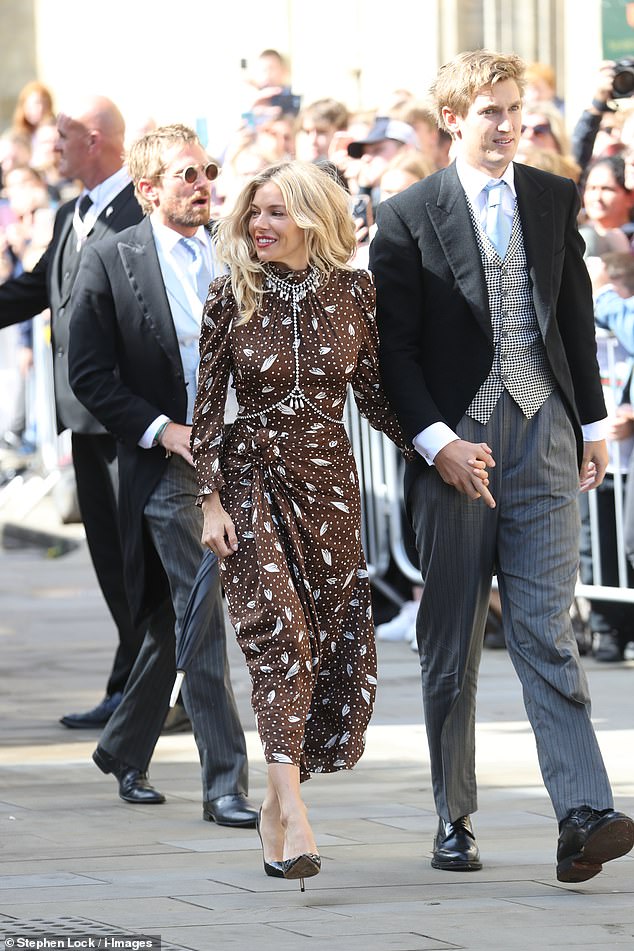 Hot couple: Sienna Miller, 37, looked absolutely sensational as she arrived to the eagerly-anticipated nuptials of Ellie Goulding and Caspar Jopling with her beau, Lucas Zwirner, 28

Sienna sported a bouncy blowdry and her pretty features were enhanced with a glamorous coat of make-up.

Strutting along in a pair of towering black heels, Sienna looked like she was in high spirits as she arrived with her suited and booted man.

Sienna and Lucas’ romance has gone from strength to strength since they went public with their relationship in January this year.

Earlier this week, wedding preparations appeared to be well underway for the wedding of the singer, 32, and her art dealer beau, 27. 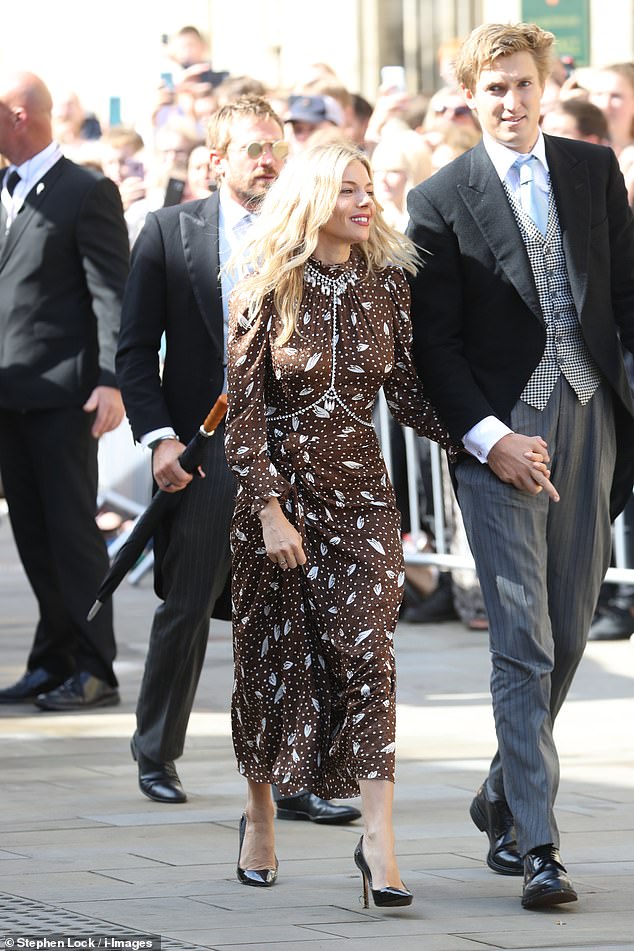 Glamorous: The actress wowed in a brown statement midi dress as she arrived hand-in-hand with her other half at the York Minster Cathedral on Saturday afternoon 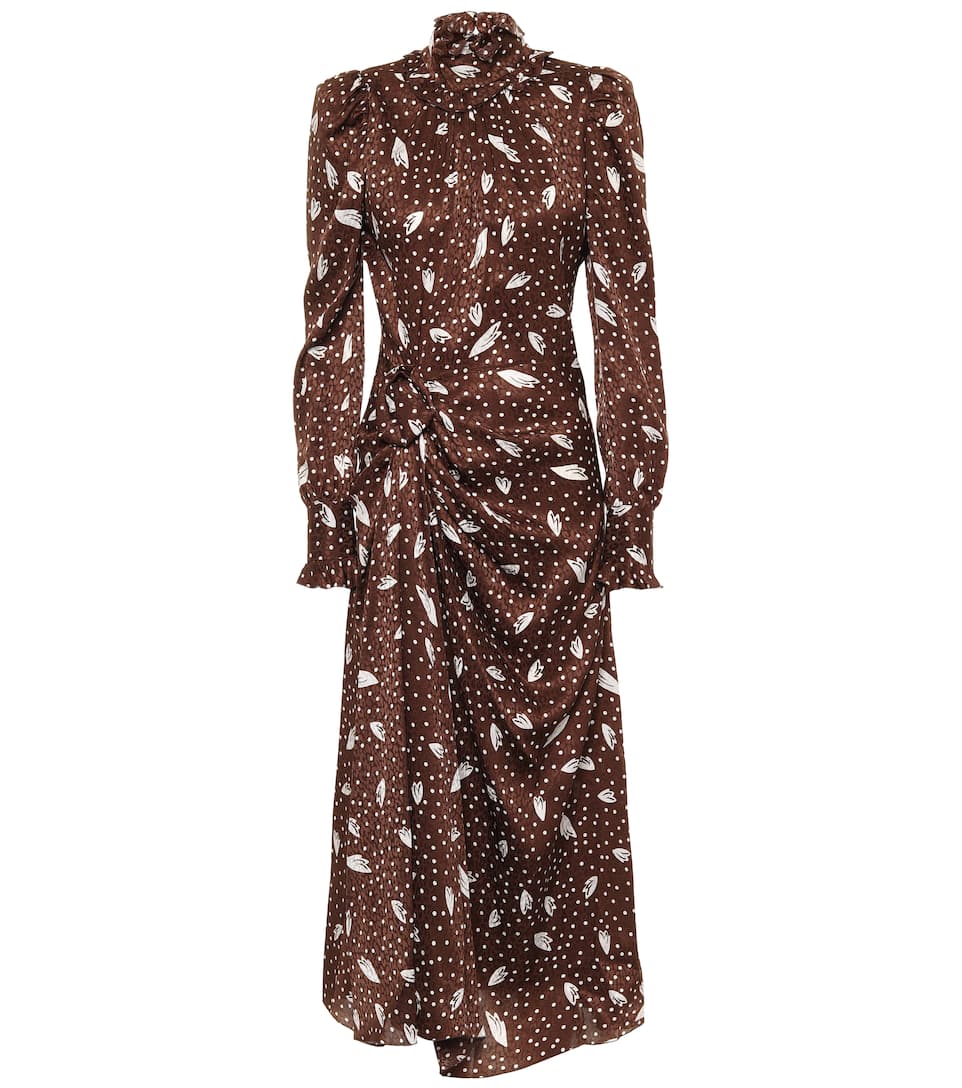 Staff were seen erecting marquees, teepees and a stage at Castle Howard, where the couple are holding their reception.

Images taken from the breathtaking venue show earlier this week showed around 50 members off staff working to set up several structures around the grounds, including two huge marquees either side of the Atlas Fountain.

Elsewhere, workers could be seen constructing teepees, which is where some of the guests may enjoy a spot of glamping as they spend the night there following a raucous evening of celebrations.

A selection of the tents had been erected in the estate’s Rose Garden, while another batch of teepees had been set up nearby, so that the guests are able to easily interact.

There will reportedly be ‘designer vegan’ food for guests to chow down on, while as well as the rumoured star performers they will also be entertained by a DJ playing 90’s hits including The Spice Girls. 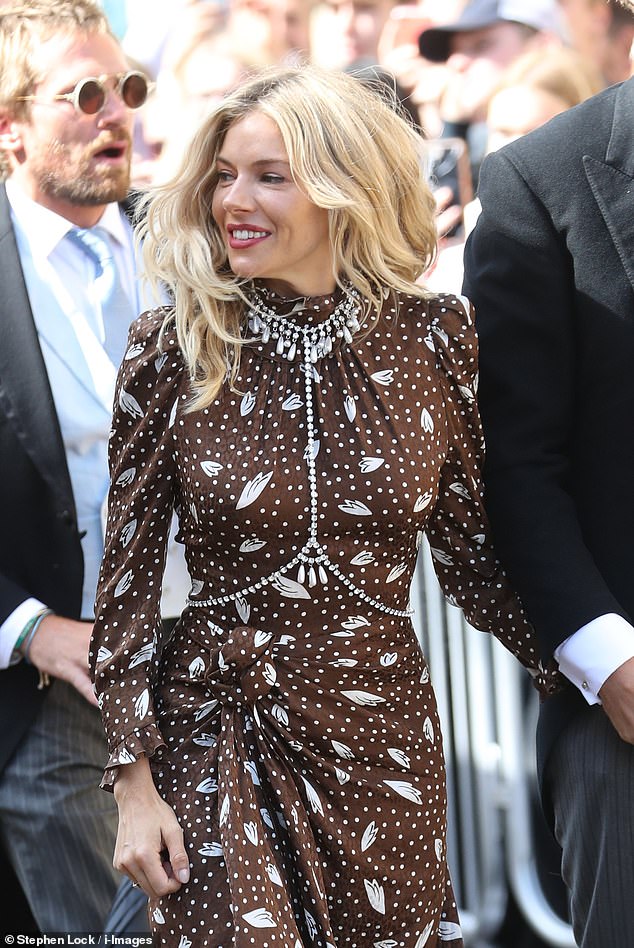 Bombshell: Turning heads in her white polka patterned look, Sienna complemented her ensemble with a pearl and diamond body chain

Ellie announced her engagement to the British art dealer, who was educated at Eton and studied history of art and architecture at Harvard University in the U.S., via a formal announcement in The Times last year.

It read: ‘Mr C.W.F. Jopling and Miss E.J. Goulding. The engagement is announced between Caspar, son of The Hon Nicholas Jopling of Yorkshire and Mrs Jayne Warde-Aldam of Yorkshire, and Elena, daughter of Mr Arthur Goulding of Hertfordshire and Mrs Tracey Sumner of West Midlands.’

The couple has been dating since March 2017, after reportedly being introduced through mutual friends, which is rumoured to have been Princess Eugenie.

He was said to be working as an art dealer at Sotheby’s New York when he met Ellie, but the couple moved back to the UK in preparation for married life. 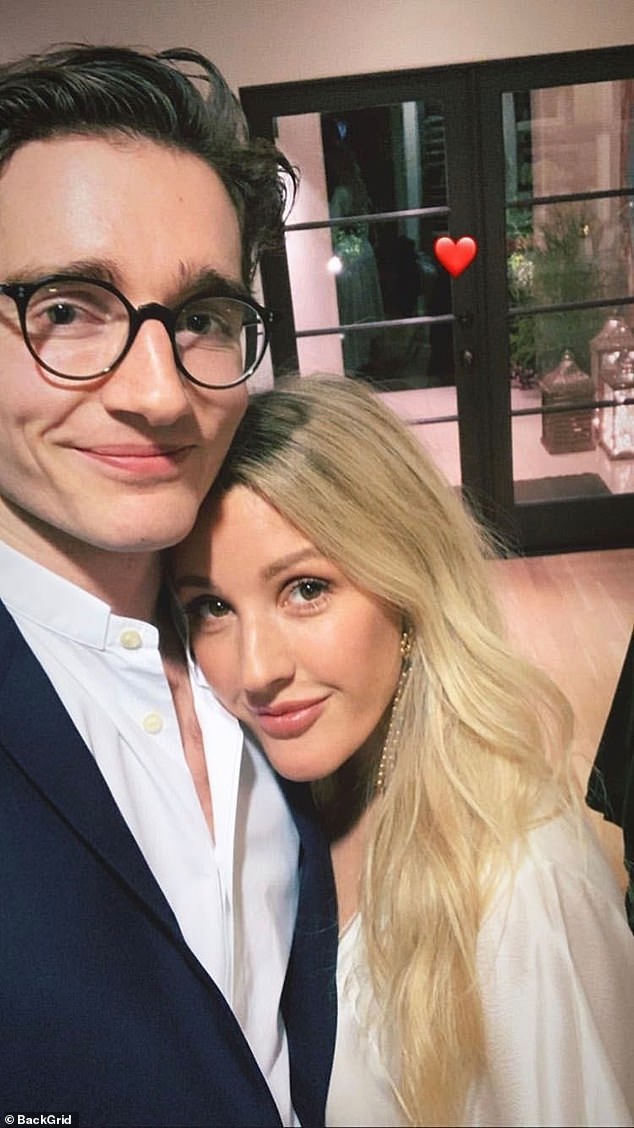