It was recently revealed that The Talk hit a new ratings low following her controversial exit in March, which stemmed from her defense of Piers Morgan and his criticism of Meghan Markle.

But Sharon Osbourne appears to have put the turmoil behind her as she was seen out and about in West Hollywood on Wednesday rocking a noticeable glow.

The 68-year-old TV personality was joined by her eldest daughter Aimee. 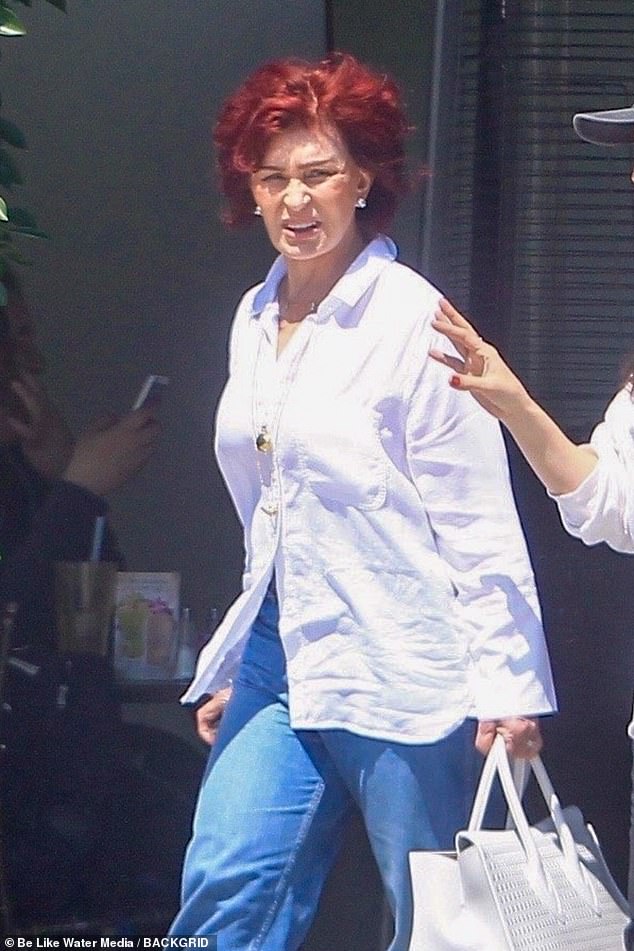 Moved on: Sharon Osbourne appears to have put her The Talk turmoil behind her as she was seen out and about in West Hollywood on Wednesday rocking a noticeable glow

The mother-daughter duo grabbed lunch at a celeb-friendly restaurant on Melrose Ave.

Sharon had her signature red locks softly styled in waves and she enhanced her already youthful appearance with a bit of makeup.

The wife of Ozzy Osbourne looked classy in a white linen top paired with some dark wash denim jeans and squeaky clean sneakers.

She carried her belongings in a white leather purse which she held in her left hand as she strolled with Aimee. 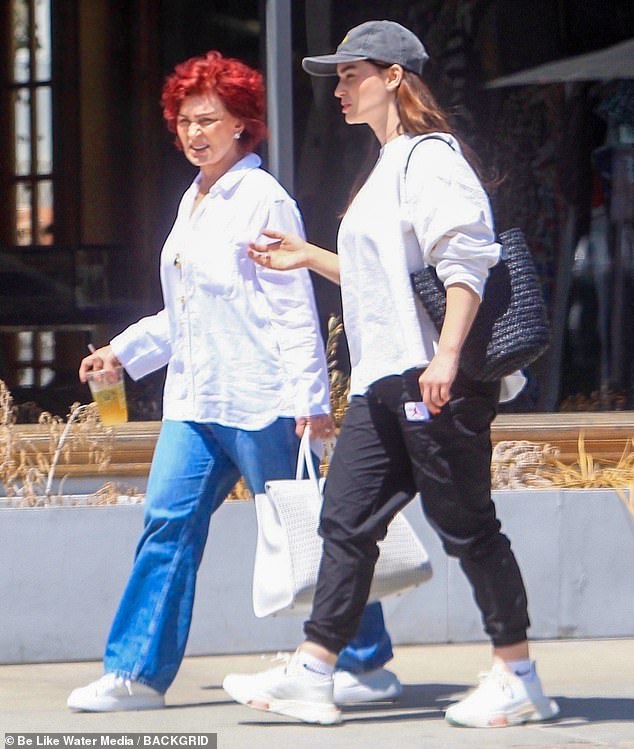 Bonding time: The 68-year-old TV personality was joined by her eldest daughter Aimee

Sharon accessorized her ensemble with several necklaces and a pair of sparkling diamond studs.

Aimee, 37, looked gorgeous as she showcased her makeup-free complexion and flowing brunette hair.

She donned a top similar to her mother’s, but gave her look a sporty edge with a pair of black sweatpants and some chunky white sneakers. 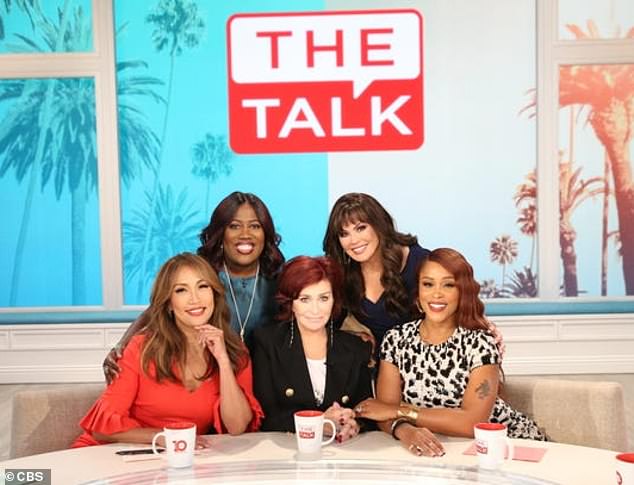 Osbourne’s jovial outing on Wednesday comes just weeks after it was reported by Soap Opera Network that her former talk show The Talk had suffered a dip in viewership since her departure.

Sharon famously left The Talk in March following her fiery defense of Morgan, which prompted a race row between her and co-host Sheryl Underwood.

During the week of June 7-11, the series plummeted in the key female demographics (women 18-49 and women 25-54) and was beaten repeatedly by arch-rival The View.

Despite the falling viewership, CBS recently renewed the daytime chat show for a 12th season, which will be its first without any of the original co-hosts sitting at the table. 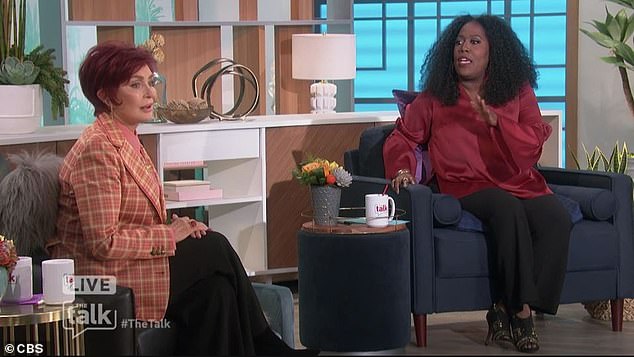 Heated: The controversy began when Osbourne delivered a vociferous defense of her friend  Piers Morgan, and his right to criticize Meghan Markle

Before Osbourne, 68, left the show in a blaze of controversy, The Wrap had reported how The Talk was bringing in an average of 1.509 million daily viewers from September 2020 through to March this year.

Prior to Osbourne’s departure, from the season premiere on Sept. 21, 2020 through March 14, “The Talk” was bringing in an average of 1.509 million daily viewers.

But after Osbourne’s heated exchange about racism with co-host Sheryl Underwood, the talk show went on hiatus, going into four weeks of re-runs.

When the show returned without Osbourne, it reportedly averaged 1.305 million total viewers between April 12 to May 16 – losing 204,000 viewers each day, resulting in a 14% drop.

The controversy began when Osbourne delivered a vociferous defense of Morgan, who quit Good Morning Britain after furious criticism of his staunch insistence that he did not believe Markle’s explosive claims in her interview with Oprah Winfrey.

Allegations then emerged that Osbourne made racist remarks about co-hosts behind the scenes at The Talk, claims which she has staunchly denied.

‘Sharon Osbourne has decided to leave The Talk,’ CBS said in a statement confirming her departure in March. ‘The events of the March 10 broadcast were upsetting to everyone involved, including the audience watching at home.’

‘As part of our review, we concluded that Sharon’s behavior toward her co-hosts during the March 10 episode did not align with our values for a respectful workplace,’ the statement continued.

‘We also did not find any evidence that CBS executives orchestrated the discussion or blindsided any of the hosts,’ CBS said, responding to allegations from Osbourne’s camp that she was ‘set up to fail’ by being spurred into the debate by producers.

‘At the same time, we acknowledge the network and studio teams, as well as the showrunners, are accountable for what happened during that broadcast as it was clear the co-hosts were not properly prepared by the staff for a complex and sensitive discussion involving race,’ the statement added. 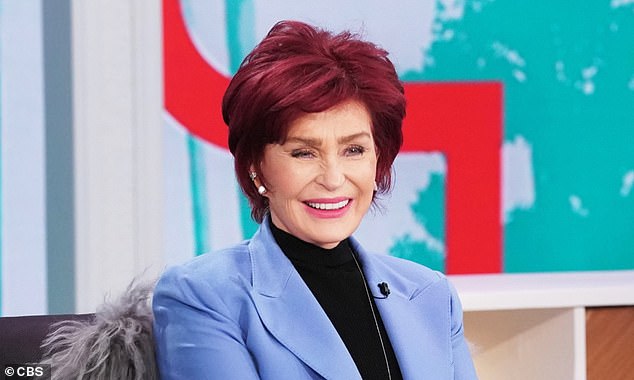 Winning formula? The Talk has seen its ratings dip in the wake of Osbourne’s departure

‘During this week’s hiatus, we are coordinating workshops, listening sessions and training about equity, inclusion and cultural awareness for the hosts, producers and crew. Going forward, we are identifying plans to enhance the producing staff and producing procedures to better serve the hosts, the production and, ultimately, our viewers,’ CBS said.

On The Talk, Osbourne defended Morgan in an on-air debate with co-host Sheryl Underwood, which turned heated.

‘Educate me, tell me when you have heard him say racist things,’ Osbourne said of Morgan to Underwood, who is black. 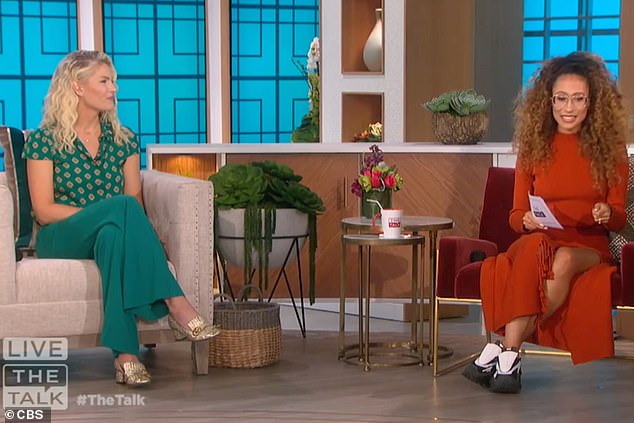 New: CBS recently renewed the daytime chat show for a 12th season, which will be its first without any of the original co-hosts (Pictured; Amanda Kloots and Elaine Welteroth)

‘I very much feel like I’m about to be put in the electric chair because I have a friend, who many people think is a racist, so that makes me a racist?’ Osbourne added.

That led to a dust-up with Underwood, who was taken aback by the fierceness of Osbourne’s defense.

Osbourne issued an apology for her remarks, but the show went into hiatus as CBS launched an investigation. 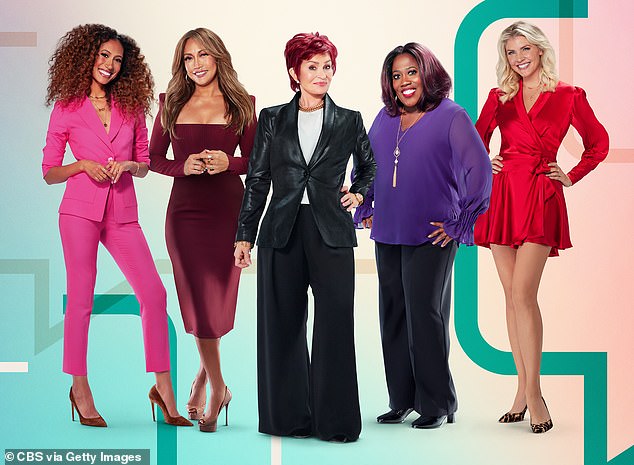 ‘Sharon Osbourne has decided to leave The Talk,’ CBS said in a statement confirming her departure. ‘The events of the March 10 broadcast were upsetting to everyone involved, including the audience watching at home’