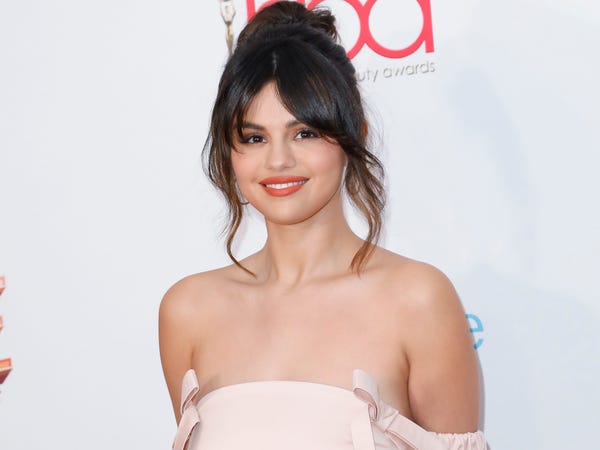 Selena Gomez put her kidney transplant scar on full display in a swimsuit photo she shared on Instagram on Thursday.

In the photo, she poses with her right leg positioned on a rock to show off the scar from her kidney transplant surgery.

"When I got my kidney transplant, I remember it being very difficult at first showing my scar. I didn't want it to be in photos, so I wore things that would cover it up," she wrote.

Gomez continued, "Now, more than ever, I feel confident in who I am and what I went through… and I'm proud of that."

When I got my kidney transplant, I remember it being very difficult at first showing my scar. I didn’t want it to be in photos, so I wore things that would cover it up. Now, more than ever, I feel confident in who I am and what I went through…and I’m proud of that. T – Congratulations on what you’re doing for women, launching @lamariette whose message is just that…all bodies are beautiful.

In May 2019, Gomez launched a collaboration with Mingus called "Selena x Krahs Swim." The former Disney Channel star said that one of her designs was influenced by her own experience covering her scar.

"The design I did, one of them, it was the high-waisted one with the belt. I've had a kidney transplant, and I like bathing suits that kind of cover where that's been and make me feel comfortable," she said in a promotional video, according to Refinery29.

Gomez first opened up about her kidney transplant in 2017, when she revealed that she underwent surgery after an autoimmune disease called lupus impaired her kidneys.

I’m very aware some of my fans had noticed I was laying low for part of the summer and questioning why I wasn’t promoting my new music, which I was extremely proud of. So I found out I needed to get a kidney transplant due to my Lupus and was recovering. It was what I needed to do for my overall health. I honestly look forward to sharing with you, soon my journey through these past several months as I have always wanted to do with you. Until then I want to publicly thank my family and incredible team of doctors for everything they have done for me prior to and post-surgery. And finally, there aren’t words to describe how I can possibly thank my beautiful friend Francia Raisa. She gave me the ultimate gift and sacrifice by donating her kidney to me. I am incredibly blessed. I love you so much sis. Lupus continues to be very misunderstood but progress is being made. For more information regarding Lupus please go to the Lupus Research Alliance website: www.lupusresearch.org/ -by grace through faith

"I had arthritis. My kidneys were shutting down. My mentality was just to keep going," Gomez said on a 2018 episode of "Today," later adding, "My kidneys were just done. That was it, and I didn't want to ask a single person in my life. The thought of asking someone to do that was really difficult for me."

After the singer was informed that she needed a kidney transplant, she learned that the waitlist for a donor was 7 to 10 years long.

Her longtime friend, Francia Raisa, volunteered to donate her kidney to Gomez as soon as she learned about the situation. After testing to ensure that Raisa's kidney was a match for Gomez, the friends entered surgery.

There was a complication, however.

During a 2018 interview with W, Raisa recalled the frightening moment when she woke up to the news that Gomez's new kidney was turning around in her body shortly after the transplant had been completed.

"A few hours after our surgery, I woke up and had a text from her that said, 'I'm really scared.' My kidney was very active, and when it turned I broke an artery. They had to take her into emergency surgery and get a vein from her leg and build a new artery to keep my kidney in place. She could have died," Raisa said.

Gomez then re-entered surgery for another six hours, she said on "Today." And though both Gomez and Raisa admitted that recovery was difficult, the singer said that her arthritis has gone away, the chances of her lupus returning have become much lower, and her overall health has improved since the transplant.

"My life has been better," she said.